These Models Didn’t Let Physical “Flaws” Keep Them From Success 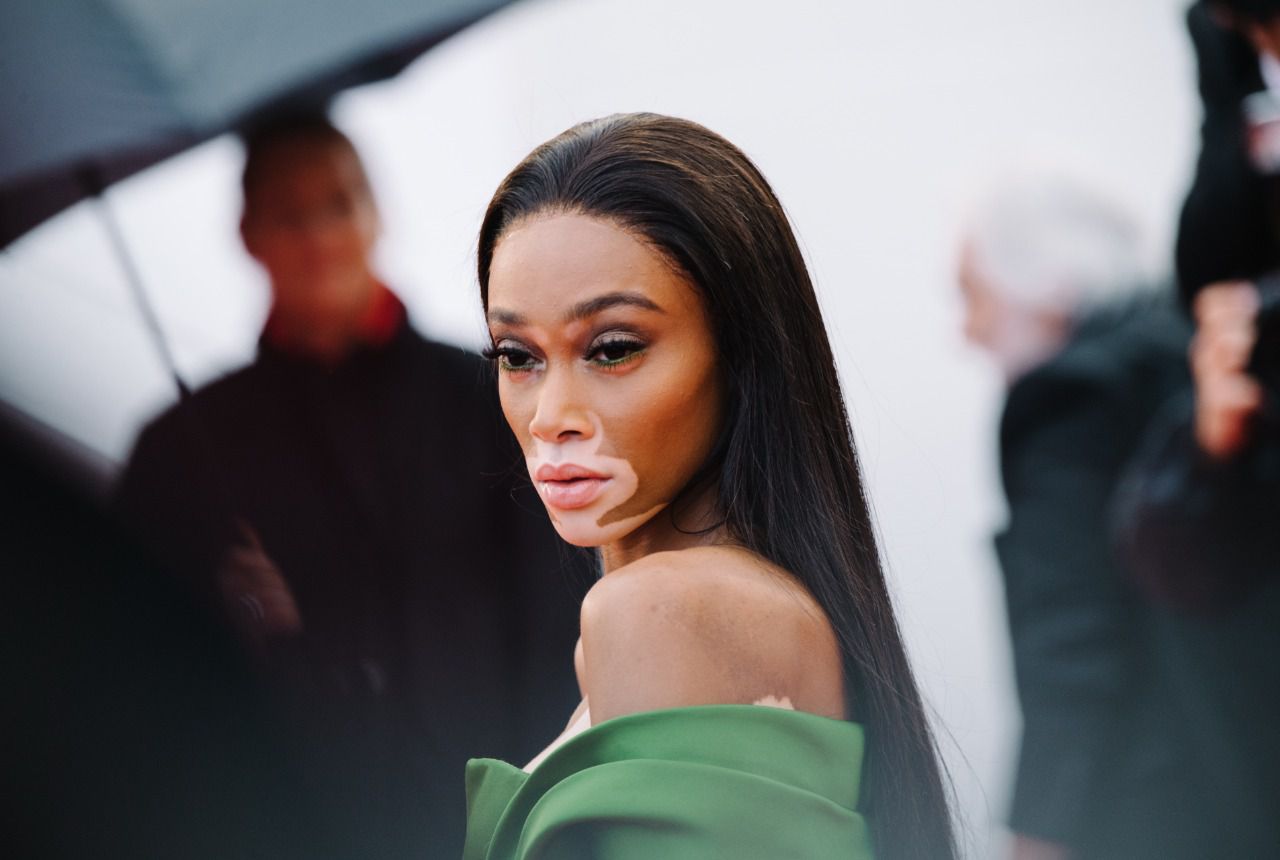 The fashion industry isn't completely full of Instagram "it girl" models who all look the same. For some top names in the world of professional modeling, beauty is far more than cookie-cutter physical perfection. Models like Tess Holiday and Winnie Harlow turn their "flaws" into fortune. Scoring shots in top-name fashion magazines, these models prove that being different isn't a bad thing. Because, in addition to straying from industry standards, these stunners promote a message of inclusivity. Are you still in doubt? Well then just peep this collection of models with physical flaws they didn't let keep them from success.

If you think that big isn't beautiful, Tess Holiday is here to prove you wrong. Promoting her message of body positivity and embracing beauty at every size, the size-22 stunner became the largest plus-size model ever to be signed to a mainstream modeling agency.

After a diving accident left her paralyzed at age 14, aspiring model Shannon Murray vowed to turn her tragedy into opportunity. Claiming the tile of Britain's first disabled model, Murray eventually went on to become the first woman in a wheelchair to be featured in a department store's window display.

Model Melanie Gaydos didn't let her rare genetic condition slow down her trek to the top of the fashion industry. Afflicted with ectodermal dysplasia, Gaydos' teeth, pores, nails, cartilage and bones are underdevloped and are coupled with additional conditions such as alopecia, partial blindness and a cleft palate.

Latvian singer and model Viktoria Modesta didn't let the loss of limb stand in her way of climbing the ranks of the entertainment and fashion industries. Instead of hiding her disability, Modesta rocks a collection of bedazzled, illuminated prosthetics that she proudly puts on full display both on and off stage.

With an exceptionally large set of eyes and ears in addition to strong nose, Lily McMenamy is a far cry from the usual industry standard of beauty. Proving that a unique look CAN actually be beneficial, McMenamy has walked for numerous fashion houses and even made her big screen debut alongside Tilda Swinton in the film "A Bigger Splash."

With a decades-long career under her belt, it's hard to imagine a time where supermodel Iman was ever insecure about her unique look and famously long neck. "Everyone teasted me because of my long, skinny neck," the model revealed in an interview with O Magazine. "To hide my so-called deformity, I was wearing a turtleneck when I was three!"

Thankfully, model Lindsey Wixson never corrected the large gap between her two prominent front teeth because now they are her unconventional trademark. After climbing the runway ranks, the gap-toothed model announced her retirement from strutting in catwalks on Instagram back in 2017 at just 23 years od.

Stacy McKenzie is here to show the world that there truly is beauty in diversity. "They said I was too different-looking, that I wasn't going to be able to sell anything," said McKenzie, referring to her early days in the industry. Creating a personal brand out of her unconventional features, McKenzie is now a successful model and runway coach for "Canada's Next Top Model."

Suffering from a condition called strabismus, Brunette Moffy's "crossed eyes" set her apart from other aspiring models looking to hit it big. Recently, the brown-haired model shattered expectations after getting signed by Storm Models, a major agency in the fashion world that boasts top names like Cindy Crawford, Kate Moss and Cara Delevingne.

After taking one look at model Adwoa Aboah, it's a mystery as to why freckles are looked down upon in the fashion industry. Proving that smooth, porcelain skin isn't the only gorgeous look, Aboah has built an impressive resume by walking for fashion houses like Marc Jacobs and Calvin Klein.

Throughout her childhood and during her come-up, iconic supermodel Tyra Banks was often slammed for her large forehead which bullies cruelly labeled as a "five-head." Rising above the criticism to acheive incredible success both on the runway and in her "America's Next Top Model" reality series, Banks showed her detractors that being different is actually profitable AF.

Back in 2016, Jamie Brewer broke barriers after becoming the first model with Down Syndrome to ever walk the runway at the famed New York Fashion Week. Additionally, Brewer's resume now boasts a number of small-screen roles and a recurring spot on the television series "American Horror Story."

Dubbed the "bionic model," Rebekah Marine put the loss of her right forearm to work for her as she broke into the fashion industry. In addition to her successful modeling career, Mairne is an ambassador for the Lucky Fin Project, a nonprofit organization that "supports those with upper limb differences."

Dubbed the "doll-like woman" with the "alien eyes," Ukranian-born model Masha Tyelna has made waves in the fashion industry with her otherworldly features. Despite trolls constantly calling her humanity into quesiton, Tyelna has walked for major fashion houses in numerous catwalks around the world, undeterred by verbal slams from her haters.

Born with albinism, African model Diandra Forrest refused to let her skin condition stand in the way of her becoming a sought-after industry icon. To date, Forrest is the first female model with albinism to be signed to a major, mainstream modeling agency (Krush MGMT).

Diagnosed with spastic muscular dystrophy when she was just a teen, Jillian Mercado first thought that modeling was far out of her reach. "I didn't think it was a possibility," Mercado admitted during an interview with The Washington Post. Thankfully, Mercado overcame her doubts and soon scored a contract with IMG Models.

Paralympian Aimee Mullins isn't just an accomplished athelete, she's a barrier-breaking model as well. Back in 1999, the double amputee proudly proved that her disability made her no less beautiful than the other models gracing the runway as she walked for famed designer Alexander McQueen.

Despite her status as a certified blonde bombshell, Australian model Kristy Hinze has faced a great deal of criticism for her "strong" nose. Cruelly referred to as "The Hinze Nose," the Aussie beauty overcame the shots from her haters and became the youngest model ever to be feautred the cover of Vogue Australia.

Can you believe that Cindy Crawford's trademark mole once held her back at the start of her modeling career? The iconic supermodel revealed that throughout her childhood and at the start of her professional career in the fashion industry, her unique facial feature made her a target of criticism.

Canadian model Winnie Harlow doesn't let her skin condition stand in the way of her fulfilling her dreams. Diagnosed with vitiligo at age four, Harlow first cultivated a massive Instagram following before skyrocketing into mainstream fame via the reality competition series "America's Next Top Model."