Secret Celebrity Weddings We Weren’t Supposed to Know About 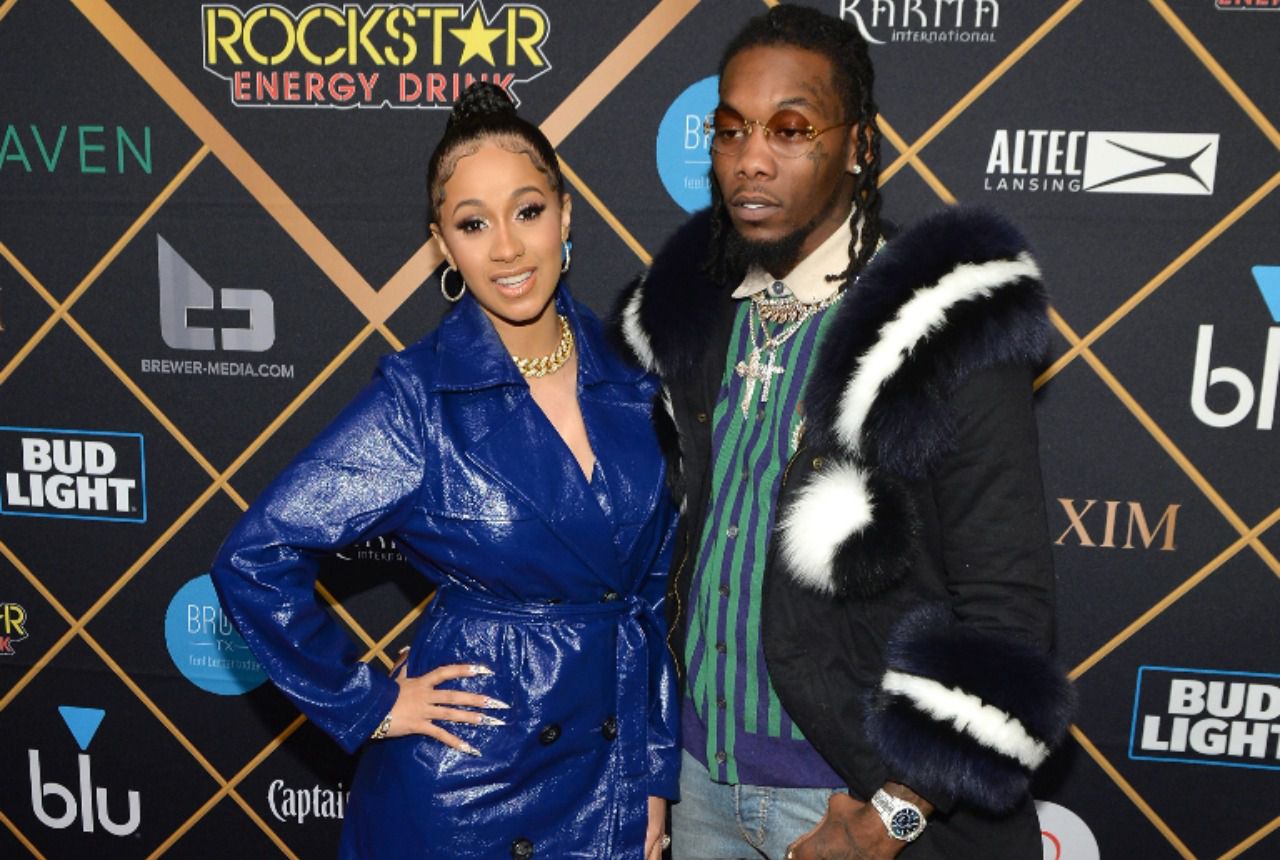 Most celebrities have a serious "feelin' themselves" complex. From dodging paparazzi at every turn to getting mad love from their fan armies, tinseltown's rich and famous learn to crave and expect the attention that we heap on them. And this often translates into an itch to share every event in their lives with their fans. And the press, of course. So from Kardashian wedding specials to BET-filmed nuptials, stars are often eager to share their weddings with the world. But some celebs don't want the press at their romantic celebrations, looking for tabloid fodder. So peep this collection of secret celebrity weddings. Which of your favorite stars chose privacy over publicity?

For "Broad City" star Ilana Glazer, NY City Hall was an appropriate venue to wed her longtime boyfriend, scientist David Rooklin. Like many other low-key pairings, the press and fans alike only caught wind of the union after a close friend uploaded a congratulatory snap to Instagram.

[dx_custom_adunit desktop_id="RTK_K67O" mobile_id="RTK_5yk0"] While RuPaul may be known for doing the most on-air, IRL, he opts to keep his private life out of the headlines. "You know, I've never said this on television before...but we are married," said the star, confirming that he and longtime boyfriend Georges LeBar secretly wed in early 2017.

Wanting their special day to be just about them, Amanda Seyfriend and Thomas Sadoski said "f--- it" and eloped, far away from anyone would could turn their happy affair into a nightmare. "We just took off into the country with an officiant and, just the two of us, and we did our thing...We had a great day," said Sadoski. "It was perfect."

Anticipating the fact that the press would have an absolute field day with their #BranGelina wedding, Brad Pitt and Angelina Jolie wed in a super-secret ceremony based at their home, Chateau Miraval, in France. Reportedly, only 20 close friends and family members attended the intimate affair.

[dx_custom_adunit desktop_id="RTK_K67O" mobile_id="RTK_5yk0"] Leighton Meester and Adam Brody have been tight-lipped about every stage of their relationship, (neither star ever even confirmed their engagement) stretching from their status as BF/GF to husband and wife. The duo secretly tied the knot back in 2014 and have yet to comment on the specifics of their special day.

While Kristen Bell and Dax Shepard undoubtedly have millions in the bank, the duo decided to keep costs low for their $142 wedding held at city hall. "We went to the Beverly Hills courthouse and all in, with fuel to get there, $142 out the door, Shepard admitted of their 2013 wedding. "I don't yet have a ring."

From their social media banter to their obvious devotion to one another, it's no secret that Blake Lively and Ryan Reynolds are setting #CoupleGoals left and right. Opting for privacy over publicity, the two A-listers secretly wed back in 2012 at Boone Hall Plantation in South Carolina.

[dx_custom_adunit desktop_id="RTK_K67O" mobile_id="RTK_5yk0"] Often opting to stay out of the spotlight unless the exposure is directly tied to her work, it's no surprise that actress Ellen Page tied the knot in secret. In an unknown location Page and longtime girlfriend Emma Portner exchanged vows, only telling fans of their union AFTER the ink was dry on the marriage certificate.

Fans of "Saturday Night Live" star Aidy Bryant only knew that their favorite late-night star tied the knot with her longtime boyfriend Conner O'Malley because of one simple Instagram pic of their big day. Without warning, the couple tied the knot in a private ceremony at New York's Wythe Hotel.

Knowing the BeyHive, there's no way that Beyonce and Jay-Z could have publicly tied the knot in peace. Instead, the power couple decided to commit to one another in Jay-Z's TriBeCa apartment back in 2008. "What Jay and I have is real," said the "Halo" singer. "It's not about interviews or getting the right photo op. It's real."

[dx_custom_adunit desktop_id="RTK_K67O" mobile_id="RTK_5yk0"] Actress Zoe Saldana and artist Marco Perego wed in an ultra-intimate ceremony back in 2013 that took just three weeks to plan. "I'm not a private person, but I am discreet, so [getting married in secret] felt right," said the "Avatar" star of her publicity-free big day.

For Mila Kunis and Ashton Kutcher, keeping the media from turning their wedding into a circus was a top priority. "It was a ninja effort," said Kutcher. "We really didn't want helicopters at our wedding and it's a legitimate concern. I was, like, posting things on social media that were in different locations to avoid it."

To keep her marriage to San Francisco 49ers star Nnamdi Asomugha a secret, "Scandal" actress Kerry Washington flew a few select friends and family members to attend a private ceremony at her friend's house. "They said their own vows, people stayed at the house. It was really simple and sweet," said a source close to the actress.

[dx_custom_adunit desktop_id="RTK_K67O" mobile_id="RTK_5yk0"] Comedian Amy Schumer is always down to over-share every detail of her personal life with her fans...when she's on stage. Taking a step back from her reputation as a perpetually open book, Schumer tied the knot with chef Chris Fischer in a private ceremony in Malibu, California. After the duo were officially wed, Schumer confirmed the news with an Instagram pic of their wedding alongside a simple caption of "Yup."

Accustomed to living a life of luxury, supermodel Gisele Bundchen and NFL star Tom Brady needed not one, but TWO top-secret weddings to prove their undying love to one another. Back in 2009, the couple wed at both a small church in Santa Monica and their Costa Rican vacation home.

"Greys Anatomy" star Kevin McKidd is all about privacy. Killing two birds with one stone, McKidd took to Instagram to let his followers know that no only was he married to private chef Arielle Goldrath, but the two were expecting their first child together as well.

[dx_custom_adunit desktop_id="RTK_K67O" mobile_id="RTK_5yk0"] Allison Williams and Ricky Van Veen gave a major "f--- you" to societal expectations and married in an super secret celebration in Wyoming. No extravagant, opulent Los Angeles venue for this couple. After enjoying the private affair, the "Girls" actress took to Instagram to treat fans to a stunning shot of her dress.

Cardi B And Offset

While we were all busy stressing out about Cardi B and Offset's upcoming wedding, the two rappers were kicking back and relaxing knowing that they already tied the knot in late 2017. Responding to a TMZ report that put their marriage certificate on blast, Bardi took to social media to confirm that yes, she's wifed up and she doesn't give AF what you think about it.

Actress Margot Robbie may be all smiles on the red carpet but when it comes to her personal life, she's not ready to share the intimate details of her relationship with Tom Ackerley. Keeping the ceremony on the DL, Robbie and Ackerley wed in a super-secret Australian location with only 50 guests in attendance. True to form, Robbie hopped on Instagram AFTER her secret service hit the press to confirm that she was actually married with a stunning shot of her ring.

[dx_custom_adunit desktop_id="RTK_K67O" mobile_id="RTK_5yk0"] Surprisingly, Comedy Central funnyman Daniel Tosh somehow kept his wedding to Tosh.0 writer Carly Hallam a secret for over TWO years. According to TMZ, the two wed in a secret ceremony on April 15, 2016 in Malibu, California. Niether Hallam nor Tosh have responded to the press uncovering their relationship status.