Supermodels Who Have Reputations for Being Total Divas

Camila Villafane |June 14, 2018
Supermodels Who Have Reputations for Being Total Divas June 14, 2018 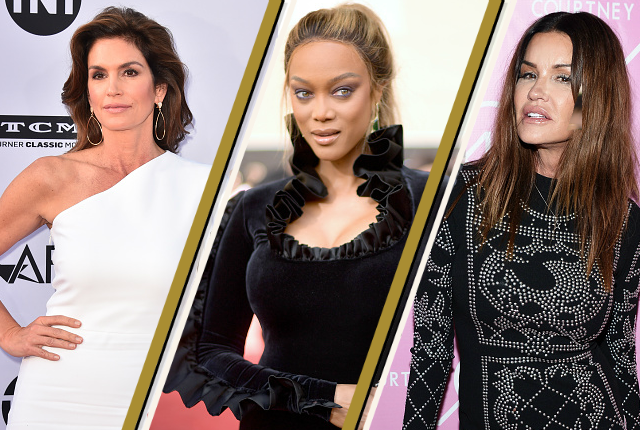 Which supermodel divas have reputations for being difficult?

Sometimes being a model requires you to have a strong ego and pretty thick skin. How else can you look absolutely flawless while walking down the runway with the whole world watching? Being a totally fierce bitch can help you cope with the many doors that'll slam in your face. It can also help you stand out in front of your competitors who are just as gorgeous as you are. But some models have allowed their egos to get the best of them. So, while most people focused on their hauntingly beautiful features and badass catwalk, behind the scenes, these supermodel divas are notoriously difficult to work with because of their attitudes.

An Industry Full Of Divas

When you're a model, you have to behave professionally. Because you're not just representing yourself; you're representing your agency and a lot of people with a lot of money. If you're a bitchy diva who's difficult to work with, you not only ruin your reputation, but also the reputations of the people giving you jobs. Soon enough, you might find yourself (and your career) lost in oblivion. It's happened more than once...

[dx_custom_adunit desktop_id="RTK_K67O" mobile_id="RTK_5yk0"] Designer Isaac Mizrahi admitted that model Naomi Campbell was not easy to work with because you didn't know if or when she was going to show up. If Campbell didn't like the clothes she was being fitted for, she would send someone in advance to tell Mizrahi, "Oh, sorry, Naomi's not coming." Asides from being a total diva on set, she actually went ballistic on her poor maid who ended up suing her.

When she was drunk, (which happened a lot!) Lara loved slapping people because she thought it was funny, and she'd pick a fight with anyone to accomplish this. Just ask Dutch journalist Michou Basu, who saw her screaming violently about an outfit she didn't like during a Hermes show in Paris. Then she stomped off and shouted "I can't work like this!" Okaaay, queen. Settle.

The supermodel was hosting "America's Got Talent" when she allegedly shook the shoulder and pulled the hair of a girl going by the name of Mary Doe on stage. Her parents, who were performing a song that celebrated motherhood, had also been humiliated by the judges and audience, so Mary's parents sued producers for Mary's emotional distress. But asides from being a total meanie to Mary, she's known for being a total fake on set of "America's Next Top Model."

[dx_custom_adunit desktop_id="RTK_K67O" mobile_id="RTK_5yk0"] Fashion photographer Bruce Weber and model Cindy Crawford might be friends now, but back when they were working on a Revlon photoshoot, Crawford was being such a b---- to the crew that Weber lost his cool and told her to go home. Yup, he actually kicked her gorgeous a-- to the curve. That day, Crawford learned that you can only push people so far before they get fed up. Nowadays, the guy says there are no harm feelings and the two are actually friends. Forgive and forget, baby!

Who wouldn't be a diva with all that money, attention, and fame? I mean, c'mon. In 2010, she pushed for a smoking area just for her in a non-smoking building while trying to launch a bag campaign for Longchamp in Selfridges. Calvin Klein also said she was pretty difficult and divalicious when working for an ad campaign in the 90s with Mark Wahlberg because she didn't like him.“It didn’t go too well. She didn’t like [Wahlberg] at all. He was a pleasure. I have worked with so many women, great ones, and Kate was always difficult," he told The Huffpost.

As a successful and hunky model, Tyson Beckford has made hearts stop with his seemingly perfect body, but he's quick to throw shade at aspiring Instagram models whenever he gets the chance. He claims that these types of models are hurting people like him because: "Now they'll go get a lookalike for $4,500 instead of paying 6 figures for the real deal."

[dx_custom_adunit desktop_id="RTK_K67O" mobile_id="RTK_5yk0"] The Polish model and jewelry designer is the queen of shade and has been caught rolling her eyes at models in more than one ocassion. Seriously, check it out! But when a TMZ reporter asked her what she was most excited about eating after a fashion show, she went apes--- on him for suggesting she doesn't eat and said, "This is stupid. Ask more smart questions, not eating after the show."

According to Ted Southern, who designed the Victoria's Secret wings, Gisele was often heard shouting, "What the f--- is this?" British model David Gandy had a tough time working with Gisele too. He claimed that they don't enjoy working with each other and they are constantly arguing because she thinks she's special and takes her modeling career for granted. Wowzers!

Don't let those adorable dimples fool ya. Sweet-faced Miranda Kerr was allegedly fired from Victoria's Secret for being too difficult to work with. That, and apparently, her $1 million contract didn't sell enough underwear. But Kerr claims that rumors of her diva antics are false. She told the Sydney Morning Herald that work and family commitments prevented her from committing to the contract.

[dx_custom_adunit desktop_id="RTK_K67O" mobile_id="RTK_5yk0"] Stephanie would rather throw shade than pass the torch to the next generation of models, calling them "bit---- of the moment." Naturall, this garnered a response from Kendall Jenner, who went on her website to remind Stephanie that no one is trying to be her, but that some models do look up to her and she shouldn't shame models.

Cut-throat supermodel Janice Dickinson claims to be the world's first supermodel, but she can be one sh---- role model too, which she explained was the reason why she was fired from "America's Next Top Model." She said she was trying to prepare the potential models for atypical criticisms they'd receive in the modeling industry, like they're too skinny or too short, or...not special at all.

It's unfair to say that Linda was like some of the awful models on this list, but her personal life was a a total mess and some accused her of going as far as to get pregnant by a millionaire in order to cash a big check. In 2006, CEO of Kering, Francois-Henri Pinault knocked up Linda and actress Salma Hayek in the same year. But while Hayek got married to Pinault, Linda had to endure ongoing court proceedings to get him to pay child support.

[dx_custom_adunit desktop_id="RTK_K67O" mobile_id="RTK_5yk0"] The late Gia Carangi was fabulous on the runway, and she was allegedly sexually fluid and totally open-minded. Polly Mellen, an editor of American Vogue recalls that you couldn't put Carangi in a room with another female model because she would make advances that would make these women uncomfortable as hell. Worst of all? She was struggling with her awful addiction to drugs, which meant she could barely work, and even fell asleep on camera once.

Carla Bruni assumed the reason why she felt the need to be a total attention wh--- was because she was an illegitimate child which traumatized her in a way. She got plenty of attention when she became France's First Lady, but there was public outrage when a statue placed in a Paris suburb portrayed her as a worker because her husband at the time was facing corruption allegations.

In 2001, Karen was being treated at a psychiatric hospital for depression. A year later, she tried to end things with sleeping pills. Then in 2009, she made headline news when she supposedly threatened to hurt her plastic surgeon over the phone regarding an operation. Ironically, Vogue named her "The Blonde with Class."

[dx_custom_adunit desktop_id="RTK_K67O" mobile_id="RTK_5yk0"] Christina demanded $73 million for property, and a $1.3 million-a-year budget for clothes every year from her ex-husband, Saudi billionaire Walid Juffali. Needless to say, she didn't need to model to support herself anymore. And to prove that this is a gal that knows what she wants, she stated "I was a top international model. I have lived this life. This is what I am accustomed to."

Ali struggled with many eating disorders accross the years, mainly because a few casting directors told her that she needed to control her weight. She virtually accused the industry of ruining her relationship with her body, which made her a total pariah. They even allegedly told her she had fat legs. But she's also come under fire for posting a photo of "Stranger Things" actor Finn Wolfhard who was only 14 at the time, and suggested he should give her a call when he turns 18. Needless to say, the industry was ready to chew her up and spit her out.

Snejana has been busy modeling for big labels like Gucci and Chanel, but she's also very active on Instagram, and has earned a reputation for picking fights on social media and having total meltdowns that threatened her reputation. Her outbursts earned her the nickname Divanopka. One rumor suggests that she's feuded with Natasha Poly because Poly thinks she's jealous of her.

[dx_custom_adunit desktop_id="RTK_K67O" mobile_id="RTK_5yk0"] Modeling isn't easy, though. For one thing, it's extremely expensive. A test shoot alone can run you $200 to $1,000. Extreme dieting can really take a toll on your body and mind. Just ask Naomi Campbell, who drank carrot, ginger, and pineapple juice to cleanse before a Versace shoot. Feeling starved, along with working extremely long hours, and the pressure to perform, can turn people into awful models who lose their cool every now and then. Who could blame them?