The Most Expensive Gifts Kylie Jenner Has Bought Her Daughter Stormi 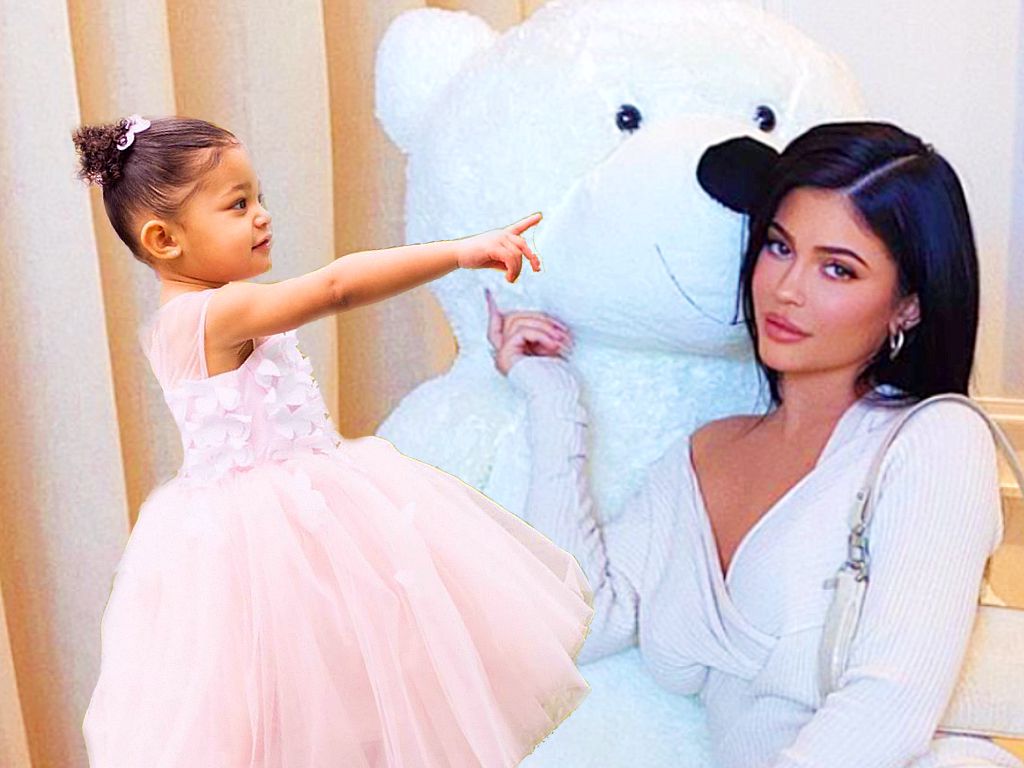 Kylie Jenner works hard for her money, which explains her billionaire status at the sweet age of 22. With the help of her reality show “Keeping Up with the Kardashians” and her business venture, Kylie Cosmetics, Jenner has been splurging left and right on some ridiculously lavish gifts for her daughter, Stormi Webster. After you check out this list, you'll wish Kylie was your mom, too.

In Christmas 2019, Kylie gifted her daughter a 22-karat diamond ring worth over $1 million. But since Stormi hadn’t yet turned 2 at the time, netizens on social media were outraged and slammed Kylie for buying such an extravagant gift. But what else could a girl like Stormi ask for? Well, apparently, many many things!

At the 2019 annual Kar-Jenner Christmas party, Jenner put Stormi in a matching emerald gown to her own from designer Ralph and Russo. The little girl also rocked some pretty cool white sneakers, which looked positively adorable on her. But keep in mind that Ralph and Russo evening wear gowns can cost anywhere from $3,000 to $17,000.

To celebrate her daughter’s first birthday, Jenner reportedly spent about $100,000 on a party that was nicknamed "Stormi World" in 2019. It came complete with tons of fun rides, great food and Louis Vuitton packaging. In fact, it was such a hit that Stormi World got a sequel in 2020...

On her daughter’s second birthday, Jenner reportedly spent the same amount on Stormi World 2, a party which included all sorts of fun games, carnival rides and personalized merchandise. She enlisted the help of party planner Mindy Weiss who also helped coordinate the family’s 2019 Christmas Eve party.

In October 2019, Jenner bought Stormi a swing set, which was anything but average. Similar play sets are often bought by schools or public parks. It included swings, a slide, a wooden bridge and a tic-tac-toe game, and it set Kylie back about $20,000.

Her Own Handbag Collection

Stormi’s handbag collection is worth over $20,000 and it includes big name brands like Jacquemus, Louis Vuitton, Prada and even a $250 Itsy Bitsy Micro Mini Neon Green Handbag from Gelareh Mizrahi, which she took with her during her mother’s 22nd birthday trip to Italy in 2019.

Jenner collaborated with her then-one-year-old daughter on a makeup line appropriately called Stormi. In a photo Jenner posted on social media,  Stormi was seen lending her mom a helping hand. And right under her tiny little arm was a drawing of a lilac box full of butterfly drawings with her name on it.

Traveling in a Private Jet

Although Stormi’s still a toddler, she’s living it up in ways most people only wish they could, like traveling to Utah aboard a private jet in first class, so she can go skiing while on vacation with her mommy. A trip on a large private jet can cost anywhere from $8,600 to $13,000 per flying hour, but it’s safe to say, Jenner has this one covered.

Another gift for Stormi’s second birthday was this stylish mini pink car. Although the exact cost wasn’t revealed, these types of cars are worth a couple of thousand dollars. And with Jenner’s track record of buying expensive gifts for her baby, it's safe to say this pink beauty set her back thousands of dollars. But these aren’t the only wheels Stormi received.

By the time Stormi was 10 months old, she was the proud owner of a mini Louis Vuitton Lamborghini. Stormi's car is remote controlled so we bet the only ones doing the driving are her parents. But don't worry! This one doesn't cost as much as the real deal. A similar kiddy-sized Lambo retails for $389 on Amazon. Still, Jenner has a backup plan in case her daughter doesn’t feel like driving.

Jenner spent $12,500 on a lavish Fendi stroller and then posted a photo of it on Instagram. And in a true Kardashian fashion, she took Stormi out for a stroll while wearing vintage Fendi clothes herself. But it wasn’t the last stroller Stormi ever got.

Once again, Jenner splurged on yet another Fendi stroller which was significantly less expensive than the original. This new stroller only set the self-made billionaire back by about $2,231. She also spent about $1,562 for the Fendi changing bag, so it's not like it cost her a dime and a penny!

A Pink Unicorn on Wheels

Turning 2 years old is a pretty big deal in the Kar-Jenner household. So, Jenner gifted her daughter a unicorn on wheels for an undisclosed amount of money. It’s obvious that little Stormi appreciated the surprise because what little girl doesn’t like unicorns?

Jenner loves wearing matching outfits with her sisters and friends, but she also loves to match with her daughter. So, it’s no surprise that the mother-daughter duo was spotted wearing matching dresses as well as adorable PJs. But it was their 2019 Christmas Eve looks that had everyone’s hearts melting. And believe us when we say they cost her a pretty penny, too!

During their winter trip in Park City, Utah, both mother and daughter wore matching white designer snowsuits and snowboarding attire, which retails for $1,000 and up. But what could be even cooler than looking stylish in the winter?

Her Own Room at Kylie Cosmetics

Being an entrepreneur can be challenging when you’re a mom. So, Jenner built Stormi her very own bedroom at her office so she could be near her and watch her daughter have fun while she worked at Kylie Cosmetics. Fortunately, the little girl has all of the comforts of home like a ball pit, her own crib, tons of toys, and a Louis Vuitton bag with her name on it.

Stormi doesn’t just ride in style, she also brings along her Rimova Supreme Luggage, which is a tiny carry-on. The cost of this piece of luggage is $2,000, which is pretty high for us mere mortals.

Jenner knows that it’s only a matter of time before Stormi grows out of her clothes, but she doesn’t mind spending money on a Fendi Baby FF Brown and yellow reversible jacket worth $750.

Her Own Pumpkin Patch

For Halloween 2019, Jenner went above and beyond by throwing a lavish kids’ party for Stormi. She started by decorating the outside of the house with pumpkins, which included a Jack-O'Lantern entry arch. The interior was festive with a Halloween tree and all sorts of tasty themed treats.

Although the actual cost wasn’t specified, Stormi’s hair clips weren’t bought at a beauty shop in Los Angeles or at the nearest Walmart. They were custom-made with gold which spelled out her little girl’s name, and what could go great with gold hair clips?

How about Fendi sandals? That’s right! Kylie posted a photo of her daughter wearing a pair while vacationing at the French Riviera town Antibes. She wasn’t about to let her daughter walk in baby booties. So, she spent $500 on a pair of high fashion Fendi sandals that made netizens gush over the adorable little girl.

A Cut of Kylie Cosmetics

The biggest gift that Jenner could give her daughter is the freedom of knowing that she’ll never need anything when she’s older. Kris Jenner told CNBC that she sees her daughter handing the reigns of Kylie Cosmetics over to Stormi in 20 years. But Jenner isn’t the only one spoiling her little girl.

Aunt Kim Kardashian bought mini Louis Vuitton designer bags for all the baby girls in the family, and Stormi absolutely loved hers. The purse was designed with black leather background, and the brand’s multi-colored monogram on them. The bag is worth about $1,100.

For her second birthday, her auntie, Khloe Kardashian, gifted Stormi a customized Louis Vuitton weekender that included the little girl’s name and a couple of characters from her favorite film, “Trolls.” The bag was estimated to be worth over $2,000, which is nothing compared to what her grandmother got for her.

For Christmas 2019, Momager Kris Jenner gifted her granddaughter Stormi a playhouse which came with wooden furniture, a fake sink, oven, stove and a refrigerator. It also has air conditioning and an upstairs balcony. And since Kourtney Kardashian’s kids have a playhouse worth about $100,000, it’s safe to say this playhouse cost about the same. Now is this girl blessed or what?