Couple Is Sent a Strange Letter By a Neighbor, Then They Want To Pick Up Their Family And Run

Matthew Loffhagen
Couple Is Sent a Strange Letter By a Neighbor, Then They Want To Pick Up Their Family And Run February 24, 2020Leave a comment 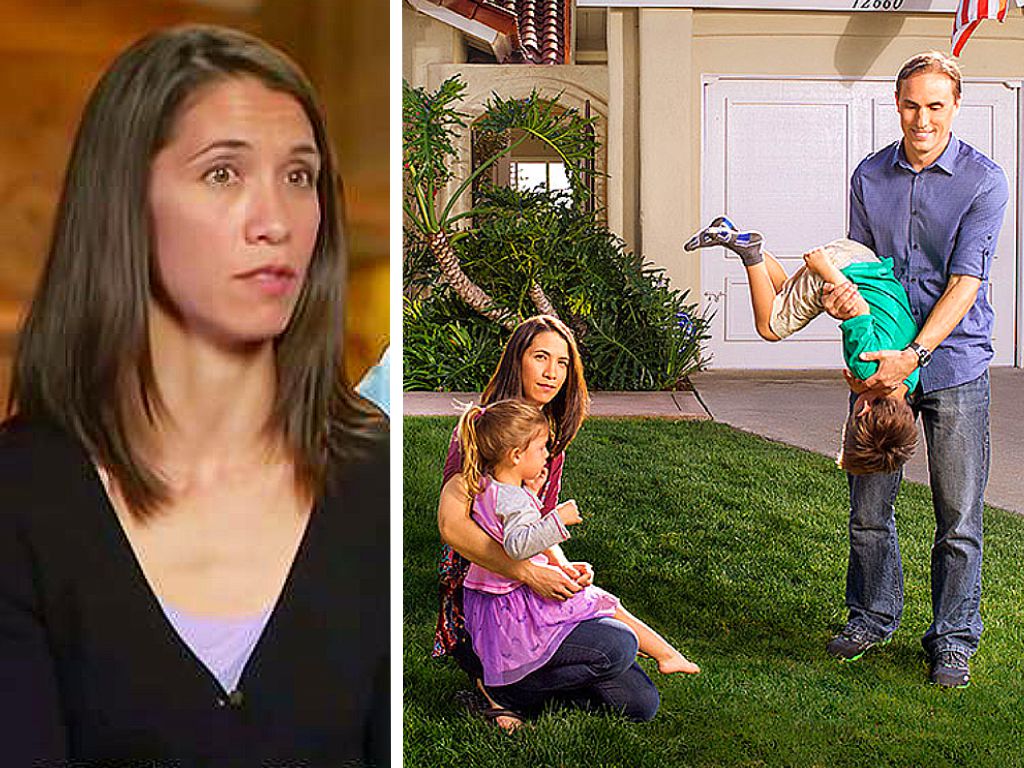 Janice Ruhter and Jerry Rice thought they had found their dream home. As soon as they made their big purchase, the couple and their children moved in, hoping to dive into domestic bliss. Little did they know, someone was watching them and this person was set on wreaking havoc on the small family's lives. The worst part? Their terrorizer seemed to enjoy causing stress for the innocent couple, in any way that they could.

Welcome to the Neighborhood

Janice Ruhter and Jerry Rice purchased a home in Carmel Valley in San Diego for $779,000. While this was a big financial commitment, they were confident that they'd found the perfect home for their family and although there were other families who bid on the home, Janice and Jerry won the bidding war and started to move in without any hassles. But this would be their last moment of peace in their new home.

Ruhter is a microbiologist and Rice teaches special education classes for children with autism. At the time they moved into their new home they had one child, and Ruther was eight months pregnant with their second. The only worry in their heads was making a good first impression with their neighbors, until they received a bizarre letter in the mail.

For a while, everything seemed perfect. Then, the couple received a strange note through the door that presented them with an unexpected, and unwanted, offer. It turned out that their dream home may be about to cause the couple some serious nightmares.

The note was from someone who had also bid on the house the family had bought, and was now desperate to own it. The author of the letter offered the family $879,000 ($100,000 above what they paid for it) if they would sell their new house to them.

Confused and ultimately unconvinced, Ruhter and Rice decided to ignore the note. Money was no object; they were very happy with their new family home and with a newborn to take care of, the couple quickly forgot they had ever received this message. Later, they would realize that they should have kept it for evidence.

A few months after receiving the note, Ruhter and Rice noticed that strange things started to happen. More potential buyers began knocking on their door, asking to view the house. Could their realtor have forgotten to take down her listing for the home after it was purchased?

After some detective work, the pair discovered that someone had set up a fake real estate listing for their home, claiming that it was back on the market. Even the couple's real estate agent had no idea who could have set up the listing. Sadly, this was only the beginning of the strange occurrences to come.

PS I Loathe You

Valentine's Day was a particularly difficult time for the family and their neighbors. Every woman on the street received a Valentine's Day card bearing the name JR, and it didn't take long for people to realize that this was Rice's initials. That week, Rice met several of his new neighbors face-to-face for the first time when they came angrily knocking at his door. And this wouldn't be the last time the anonymous harassment caused anger in the neighborhood.

By this point, Ruhter and Rice were more than a little suspicious that someone was playing practical jokes on them. All they could do was apologize to their neighbors and explain that a mystery person was harassing them for reasons unknown. With two children to protect, Jerry started to get paranoid. He knew that he had to take action if he ever wanted this harassment to end.

Scared by the prospect of someone invading their privacy, the family spoke to the police. They began to grow paranoid, investing in a state-of-the-art security system and locking down the family mailbox. "We didn't know who was messing with us and they could be walking right up to our front door," Jerry Rice told ABC News. Soon, his wife noticed a change in Rice's demeanor as he grew more and more focused on bringing their taunter to justice.

Marriage On the Rocks

All of this stress took its toll on the couple's marriage. Rice began to grow distant from Ruhter, as he obsessed over keeping the family safe and trying to solve the mystery of who was stalking them, and for what purpose. "He would be up a lot during the night," Ruhter told ABC News. And Rice wasn't worried why the intimidation was happening, he was fixated on who was causing it.

Eventually, the couple faced the most terrifying incident of all. A man showed up at their door, with the intention of getting intimate with Ruhter. When Ruhter found out why this was happening, she said "my stomach dropped." The police were immediately called and they soon found evidence that explained these mysterious events.

Thankfully, Rice was at home at the time of the man's attempt, and was able to confront the man and convince him to leave. The family went back to the police because things had escalated beyond simple practical jokes. The police were able to track down an online message claiming to be from Ruhter that explained the strange man at their door.

Searching online, the police discovered something that made Rice and Ruhter sick to their stomachs. An ad online showed a photo of Ruhter with the invitation, "Adult entertainment of all types when my husband is not home... Come see me during the day while my husband is at work and we can get our freak on." The invitation also included the family's address and other personal information.

A Break In The Case: Kathy Rowe

As they racked their brains trying to figure out who might be behind all of this harassment, the pair remembered the note from their would-be home buyer and discovered the woman who signed the note— Kathy Rowe. They began to research Kathy Rowe, and received their first big break in the case.

Looking online, the pair discovered Rowe's photo, and Ruhter was shocked to realize that she recognized this woman. She had been at their door on Halloween, trick-or-treating with her daughter! Had that been a ploy to spy on the couple in anticipation of further harassment?

Mother of the Year

There was nothing in Rowe's history to suggest that she was a danger to anyone. In fact, she was an upstanding citizen, having received a Mother of the Year award for caring for her daughter, who has severe disabilities. But Rowe was hiding something dark that the police would soon uncover.

The Weight of the World

Behind the scenes, Rowe's life was in tatters. Her husband was very ill, and the stress of caring for her daughter twenty-four hours a day was causing her to suffer from sleep deprivation, which often leads to impaired decision making and overall depression. Of this time in her life, Rowe said, "I was jealous, destroyed and devastated with pain and depression." So, what role did she have in harassing a couple she had never met before?

A "New Lease on Life"

Rowe later admitted that, in her unwell state, she'd begun to fixate on Ruhter and Rice's house. She had seen owning the home as a "new lease on life," so when she had lost it to a higher bidder, she broke down in tears. This devastation lead her to list the house online, send the forged Valentine's cards and put the couple's personal information online.

Rowe said, "I think people have resiliency by their support network, by their family, by their friends… I didn't have those." Without any emotional support, her mental illness caused her to act irrationally. But once Rice and Ruhter knew this, would they forgive Rowe for her actions or pursue their own form of revenge?

In her emotionally compromised state, Rowe thought that her harassment was "funny." Ruhter and Rice didn't agree, and neither did the police. Rice told ABC News, "She was kind of playing Russian roulette with my family." He wanted Rowe to be persecuted to the fullest extent of the law.

Eventually, the police were able to gain an online search warrant, and were able to follow Rowe's IP address to her home. The culprit was apprehended, and was forced to confront the negative effects of her mental illness.

The story ends well for Rowe, who eventually received the mental health treatment that she required, and who was able to find a new house just one mile away from the dream property she missed out on. Of course, Ruhter and Rice are less than thrilled that their stalker lives so close, but Rowe insists that her mental state has improved significantly since she pleaded guilty to her crimes.

This story highlights the importance of mental health support and treatment. Had Rowe received help sooner and had a stronger support system around her, she likely wouldn't have developed her unhealthy fixation. It's important to look after your mind just as you would your body, and if you feel yourself struggling with stress in your life, it's important to seek help from a medical professional.