2017 Movie Characters We Loved To Hate 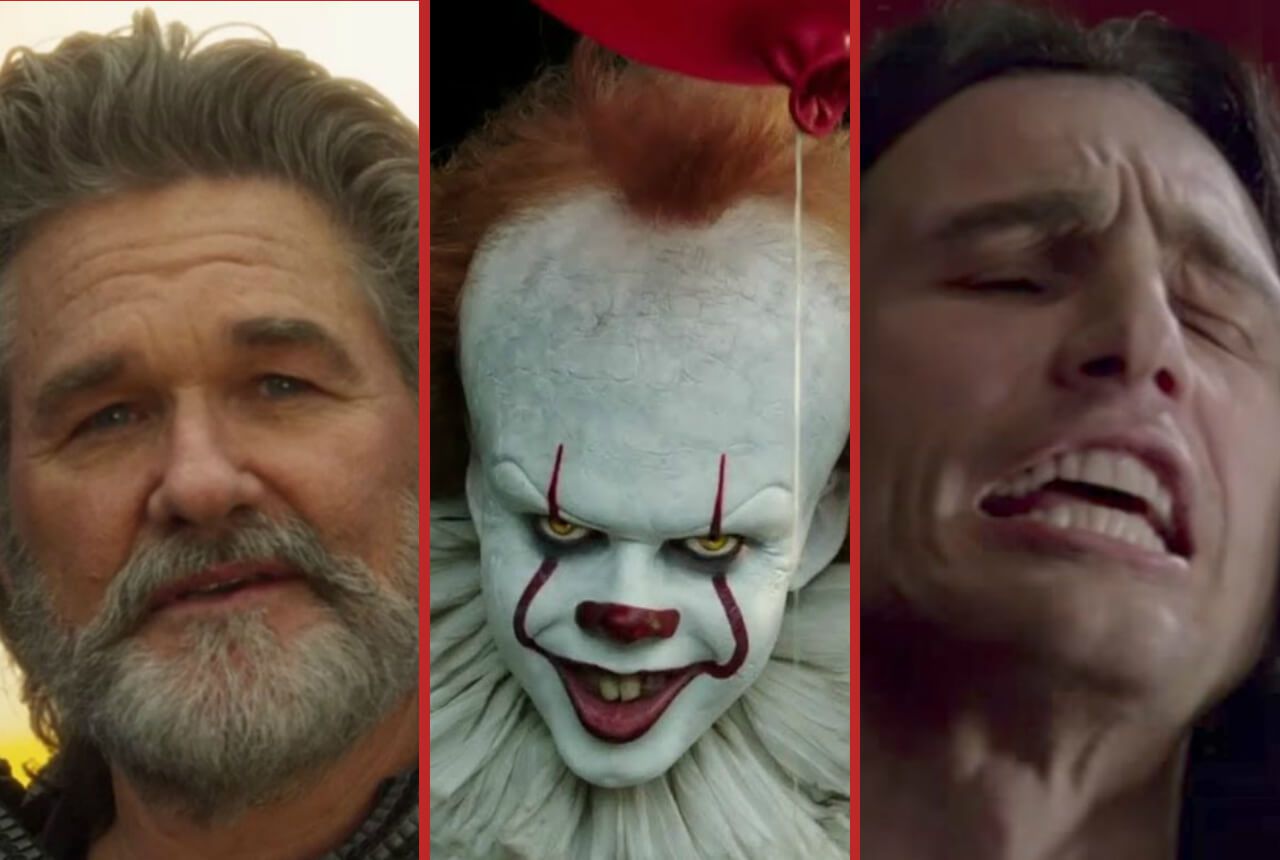 Guardians Of The Galaxy Vol. 2 - Ego

I would jump into a volcano if Kurt Russell told me to. He’s a national treasure. Thus, when his character is revealed to be the villain of the film directly responsible for Star Lord’s mom’s death, there’s a part of me that’s like, “Yeah, but, maybe he had a good reason?”

I know I’m going to sound like a monster, but hear me out: Pennywise should’ve eaten all those dumb kids. He’s such a force of anarchy, of propulsion, of macabre fun that anytime he’s not onscreen, the film suffers. I mean, how can you say no to that weird dance?

Justice League should’ve been the event of the year. Instead, it’s a rushed, cheap-looking, and tonally confused mess. At the center is Ben Affleck’s Batman, who lurches between “brooding bro” and “wisecracking jerk” with no acumen. It’s fascinating to watch a beloved icon fail this spectacularly.

Pixar knows how to plunge into the depths of heart-wrenching tears, but jaw-dropping evil is a new look for them. So when charismatic musician Ernesto de la Cruz reveals the horrific murder he perpetrated to be famous, it’s startling. And yet, he remains a captivating character to his bitter end.

This guy is racist. Violent. Aggravatingly dumb. He doesn’t even earn his emotional redemption at the end. And yet we can’t take our eyes off him. Why? It may be wise to blame Sam Rockwell for imbuing him with a sneaky, annoyingly complicated sense of humanity behind his horrible exterior.

Marvel historically has a villain problem, but Michael Keaton’s Vulture soars over his competition with ease. He’s frighteningly sympathetic, scenery-chewing and subtle, and earns terror in and out of his costume. The moment in the car before Peter’s prom? Incredible.

Bats is a psychopath. He’s violent, conniving, and does not have the title character’s best interests at heart. He’s also impossible to tear your eyes away from, particularly in the tension-drenched diner scene. Maybe Jamie Foxx should be Batman instead of Affleck?

In a just world, James McAvoy would be an Oscar frontrunner for his stellar, terrifying work in M. Night Shyamalan’s psychological fever dream. Since that likely won’t happen, it’s up to us to champion his transformations into the various horrible personalities trapped in his skin.

How on earth could we root for the guy who captured Thor and forced him to fight to the death? Well, casting Jeff Goldblum in the role and telling him to go nuts certainly helps. In a movie stuffed with candy-coated, improvisatory joys, Goldblum’s sickly charms cut through the noise.

Dulé Hill, best known for his genial work on The West Wing and Psych, pulls a 180 in this low-budget superhero origin story. Angelo is viscerally vicious, smiling at those who do his bidding but turning on those who betray him. You can’t take your eyes off him, even when he gets his just desserts.

How are we supposed to feel about Tommy Wiseau? Does he deserve sympathy? Pity? Derision? Hatred? Based on James Franco’s physically transformative performance, the answer is “all of the above and more.” He’s more than a collection of idiosyncrasies -- he’s the American Dream and American Nightmare.

Haven’t seen Brigsby Bear? Rectify that soon, especially for Mark Hamill’s depiction of seductive evil. Ted Mitchum is, bluntly, a child abductor and torturer, who brainwashed Kyle Mooney via fake TV shows. Yet when he’s in character as Brigsby, you can’t help but enjoy his “work”.

Man, if I had as insane a mom as LaVona Golden, I’d probably hire someone to whack a kneecap, too. Allison Janney, the Best Supporting Actress frontrunner, delivers hostile, venomous, acerbic, and yet oddly empathetic work. It’s a triple-lutz role, and she lands it in a perfect 10.

If a swamp monster and mute British lady want to love each other, who the hell are we to stop them? Dr. Hoffstetler, played to the hilt by Michael Shannon, has an answer to that question. Although we desperately don’t want him to achieve his treacherous goals, we can’t help but stare along the way.

What would happen if you had dinner with the 1%? It’d probably be a little like spending time with John Lithgow’s creation, a snide, condescending, selfish, and apathetically evil boor. Watching Salma Hayek take action is cathartic, but be warned: this flick has a frustratingly ambiguous ending.

Here’s a game to play while watching Good Time: “When Did You Realize Robert Pattinson’s Character Is Evil?” Watching this blond-haired bundle of nerves slither his way in and out of horrible situations is grippingly skin-crawling. The movie essentially jails its hero and lets its villain run wild.

These awesome women are just trying to have a fun, reconnective trip. And this straight-up jabroni just HAD TO RUIN IT. Stewart Pierce (Luke Cage’s Mike Colter having some fun) is not a nuanced character, but man, is it fun to cheer when his philandering ass gets what’s coming to him.

If you’re looking for a reason to take a break from social media, might we suggest Ingrid Goes West? Aubrey Plaza is fully yet subtly unhinged, playing with shades of obsession, identity, reality, and superficiality. She’s also, scarily, all of us, our phone-addled ids untethered.

In this social-corporate horror, society’s rules are taken away and characters are asked to murder each other. John C. McGinley plays the most distressingly familiar character -- the stooge who’s willing to do anything for his life. He’s all of our animal instincts personified and amplified.

The Killing Of A Sacred Deer - Martin

The Killing Of A Sacred Deer isn’t a traditional horror film, and Martin isn’t a traditional villain. He’s emotional yet cerebrally calm. He’s probably supernatural yet completely of this world. He’s deadly serious yet jarringly funny. He is, above all, impossible not to watch.

Attention any and all Hollywood producers reading this: Let. Toni. Collette. Play. More. Villains. Sure, she’s excellent when giving interior performances of damaged, grounded people. But holy wow is she having campy, vampy fun in this underrated live-action comic book.

The villain of 2017 might be “toxic masculinity,” and Jason Sudeikis effectively personifies this concept in monster-movie-as-metaphor Colossal. He starts the film seeming like “one of the guys”, but the moment things don’t go exactly his way, he shows the sinister center of being “one of the guys”.

Get Out - Rose Armitage

“You know I can’t give you the keys, right, babe?” With this simple, pointed line, everything we know about Allison Williams’ character is completely shifted. She moves from being a sympathetic if ignorant character to a sinisterly engaging portrayal of full-fledged, Fruit Loops-munching evil.

Jim And Andy: The Great Beyond - Jim Carrey

Jerry Lawler: Andy Kaufman and I were actually professional and friendly when we weren’t doing our bits.
Jim Carrey: I truly don’t care.
Audience: AHHHHHH!