Actors Who Almost Played The Joker 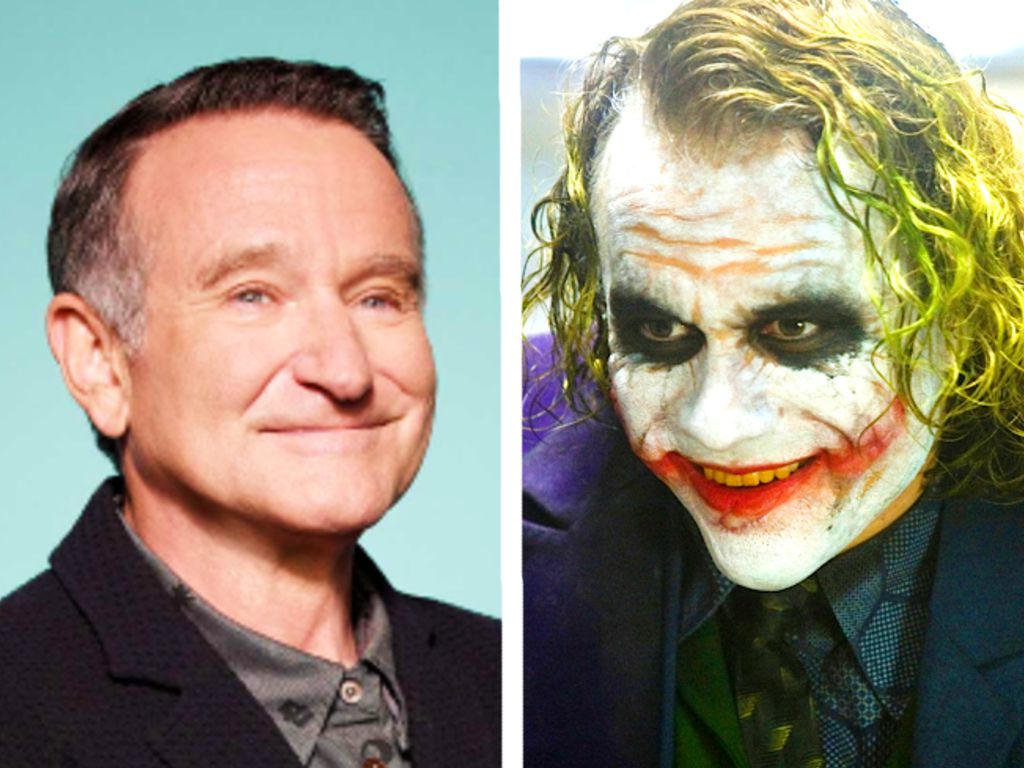 The Joker is one of the most recognizable characters across all modern media. Plenty of actors have leant their talents to the Joker over the years, but here are some movie stars who almost played the Clown Prince of Crime before fate stepped in the way.

Willem Dafoe was also briefly considered to play the Joker in “Batman,” before the role went to Jack Nicholson. When Dafoe was cast in 2017’s “Justice League,” fans hoped that he might finally be taking on the role of the Joker, but instead he played a mermaid.

According to sources within the studio, Warner Bros once wanted Leonardo DiCaprio to play Arthur Fleck in “Joker.” These plans didn’t go ahead, as they were apparently based on Martin Scorsese having a more active role in the movie’s development.

John Lithgow was approached twice about playing the Joker, and both times felt that he just didn’t want the role. He even auditioned for the part once, but spent the entire time trying to talk Tim Burton out of hiring him. This seems to have worked.

Tim Curry was once actually cast as the Joker in “Batman: The Animated Series.” Sadly, he caught bronchitis and wasn’t able to give a committed performance, so he was quickly replaced by Mark Hamill, who re-recorded all dialogue for the show and went on to be perhaps the most iconic version of the character to date.

Fresh off a memorable performance in “The Pianist,” Adrien Brody was considered for the role of the Joker in “The Dark Knight.” The role ultimately went to Heath Ledger instead.

When Ray Liotta was contacted by Tim Burton about possibly taking on the role of the Joker in “Batman,” he wasn’t thrilled, saying, “What are you kidding me? I’m an actor.” Liotta later regretted this decision, when he realized that blockbusters are actually really helpful for building a career.

According to inside sources, before Jared Leto was hired as the Joker in “Suicide Squad,” Warner Bros first offered the role to Ryan Gosling. Reportedly, Gosling turned it down because he didn’t want to sign a contract that was left open to multiple sequels.

Frank Sinatra desperately wanted to play the Joker in the 1966 “Batman” television series. He campaigned heavily for the chance to play the Clown Prince of Crime, and was reportedly very unhappy when rival actor Cesar Romero was given the role instead.

James Woods was purportedly one of the many actors that was considered for the role of the Joker in “Batman” in 1989. It’s clear from how events played out that the studio only ever had eyes for Jack Nicholson, so it’s unsurprising that Woods didn’t get the role.

At one time, Steven Spielberg was considering adapting the Caped Crusader for the big screen. It’s widely believed that he was considering Harrison Ford for the role of either Batman or the Joker, although this plan didn’t go very far before the project was abandoned entirely.

Another scrapped movie that never saw the light of day involved David Bowie as the Joker. He would have played opposite Bill Murray as Batman, and Eddie Murphy as Robin. This would almost certainly have been terrible, but also wonderful at the same time.

Brad Dourif, Wormtongue from “Lord of the Rings,” claims that Tim Burton initially wanted him to play the Joker in “Batman.” According to Dourif, studio executives shot this idea down, instead opting for the far more recognizable Jack Nicholson.

According to rumors at the time of casting, Sean Penn was director Christopher Nolan’s first choice to play the Joker in “The Dark Knight.” It’s also rumored that Penn turned down the role because of his friendship with Jack Nicholson, but these rumors are very hard to substantiate.

At the time when Sean Penn was rumored to be the new Joker, Steve Carell was reportedly very unimpressed. In an interview, he said, “If it's either Sean Penn or me in line, then I want a showdown to prove which one of us is the better actor.”

Paul Bettany was a fan favorite to take on the role of the Joker in “The Dark Knight,” and according to rumors at the time, he might have been in with a chance of landing the role. There’s no way of knowing how much weight these rumors hold, but many fans were very disappointed when Bettany wasn’t cast in the film.

Australian actor Lachy Hulme was also rumored to be considered for the Joker in “The Dark Knight.” While not a hugely recognizable face outside of his native Australia, Hulme was known at the time for his role in “The Matrix: Reloaded.”

Robin Williams was initially offered the role of the Joker in Tim Burton’s 1989 “Batman.” It was later revealed that this was a sneaky move on Warner Bros’ part as they wanted to push Jack Nicholson to sign on. Williams later expressed his frustration at being used in this way and never getting to play the role.

When it came time to recast the Joker for “Suicide Squad,” fans desperately wanted Tom Hiddleston in the role. It’s not clear whether Hiddleston was actually even free to take the job considering the clearly divided lines between the MCU and the DCEU at the time, and the role ultimately went to Jared Leto instead.

In fairness, Callan Mulvey was never actually in the running to play the Joker, but that didn’t stop fans from speculating when he was cast in “Batman v Superman.” Instead he played Anatoli Knyazev, a background character that nobody remembers.

Nicholas Cage was once nearly cast as Superman for a Tim Burton movie, and also once almost became the Scarecrow in a Batman film that never happened. Many fans would rather see his chaotic energy channeled into the role of the Joker, but as of yet, this has never come to pass.

Also considered for the role of the Joker in “The Dark Knight” was Sam Rockwell. We don’t know whether anyone involved was ever hugely attached to this potential casting, but there’s no denying that Rockwell would have done an incredible job in the role.

Fans have been wondering if Jake Gyllenhaal will ever play the Joker for many years, but when asked in one interview if he’d ever play Batman, he gave a flat no in response. Gyllenhaal doesn’t seem too interested in playing high profile comic book roles in multiple movies, which is a shame considering his delightful turn as Mysterio in “Spider-Man: Far From Home.”

While Christian Bale is perhaps most famous for playing Batman in the Dark Knight trilogy, there are many fans who’ve always considered him a perfect fit for the Joker – especially considering his performance in “American Psycho.” Fan artist BossLogic has even gone so far as to create a photoshopped image of Bale as Batman’s nemesis.

Another fan favorite, “Mad Men” star Jon Hamm similarly has a lot of fans clamoring to see him as the Joker. This casting is perhaps more likely than Bale, but nonetheless, there’s no proof that anyone at Warner Bros has even vaguely considered this as a possibility.

For months, casting rumors concerning Matt Reeves’ “The Batman” have focused on the possibility of seeing “Home Alone” star Macaulay Culkin take on the role of the Joker. Many fans are very excited by the prospect, and he’d likely do a great job in the role, but as of yet there’s no concrete evidence to suggest that the Joker will even appear in the movie.

While Mark Hamill is without a doubt the most iconic voice actor to ever play the Joker in animation and video games, many fans want more. When recently asked on Twitter if he’d ever play the character in live action, Hamill responded with a cryptic, “Time will tell.” We’ll have to wait and see what happens in the near future.