The Best Horror Movies of the 1960s 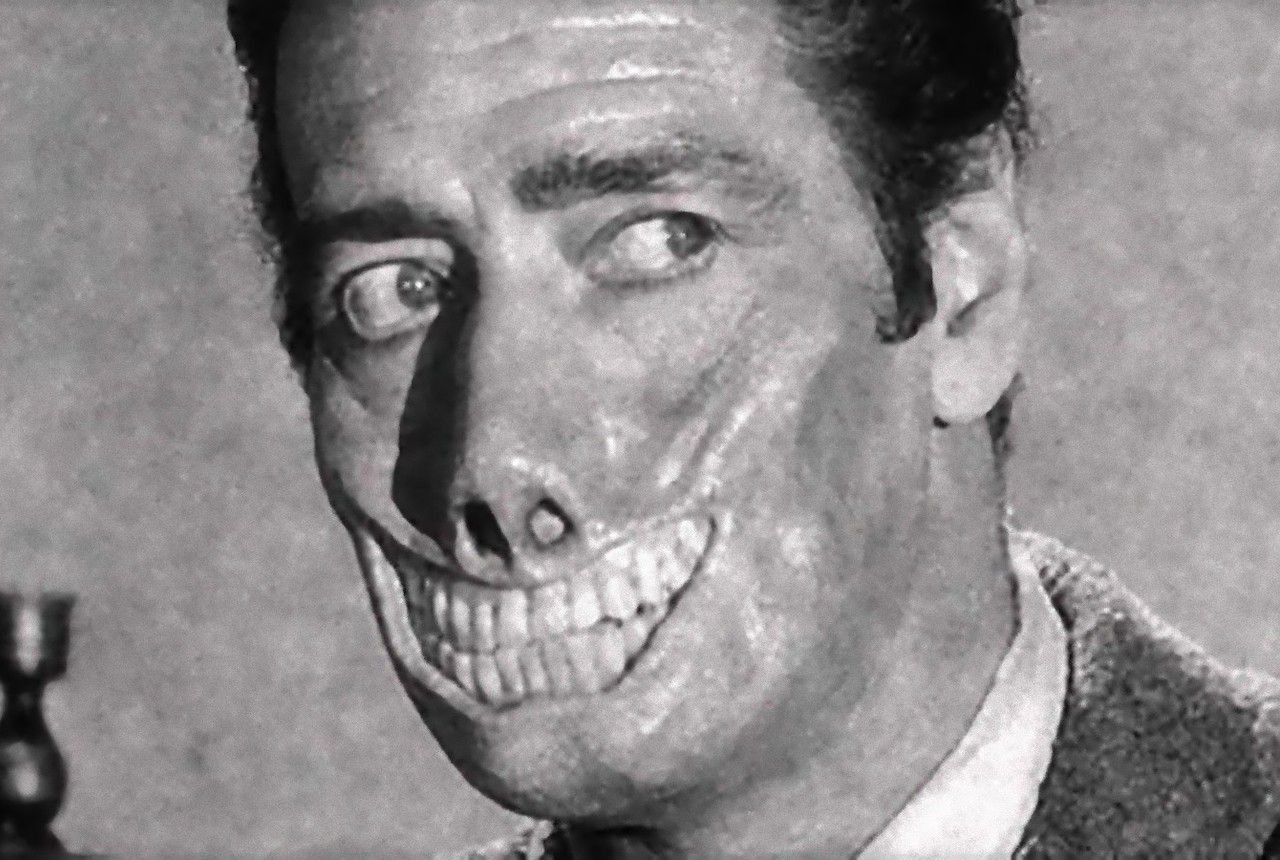 When it comes to horror films, no decade was better than the spooky '60s. So turn on the lights and grab someone you trust to clutch wildly. Because the best 1960s horror movies are not here to mess around...

The tagline for this film is, "Pray for Rosemary's baby." And when you watch this thing, that is exactly what you will be doing. The paranoia-drenched thriller stars Mia Farrow as a new mom, and a bunch of actors as her unusual neighbors. The film's influence is pervasive. Jordan Peele recently name-checked it as a direct inspiration for "Get Out."

[dx_custom_adunit desktop_id="RTK_K67O" mobile_id="RTK_5yk0"] On first glance, you absolutely know something is wrong with the kids in 1960's paranoid sci-fi chiller "Village of the Damned." It's not just their peculiar hairstyle nor impeccable clothing. The eyes have it. Sixties cinema relied on practical effects, which means all these kids were affixed with custom contact lenses that still look terrifying today.

"Black Sunday," Mario Bava's directorial debut, was released in 1960 and became immediately controversial. While its plot was precedented, taking its cue from previous Eastern European-tinged gothic horrors, its depiction of onscreen violence was anything but. The mask sequence alone was a new frontier of horror brutality.

Mario Bava was one of the architects of the giallo horror film, an Italian subgenre noted by oversaturated colors, hyperkinetic camera moves and simultaneously beautiful and horrific death sequences. And even though "Kill, Baby, Kill" was made under dire circumstances like an incomplete script and lack of proper funding, it's still a masterpiece, combining the aforementioned giallo aesthetics with somber, gothic undertones.

[dx_custom_adunit desktop_id="RTK_K67O" mobile_id="RTK_5yk0"] Is governess Miss Giddens witnessing the possession of children by malevolent spirits in real time? Or is she projecting these visions as physicalizations of her own trauma? This is the complicated question at the core of the seemingly simple haunted house picture "The Innocents." Gothic atmosphere abounds, but the psychological warfare is what'll stick with you.

Acclaimed and eccentric South Korean genre director Kim Ki-young came into the '60s swinging. "The Housemaid" is a perverse, disquieting and scintillating tale of love curdling into obsession curdling into... well, we don't want to spoil anything. Suffice it to say that Ki-young's film leaves no twist unturned. If you dig it, check out the other two entries in Ki-young's "Housemaid" trilogy, "Woman of Fire," and "Woman of Fire '82."

Another Mario Bava giallo, "Blood and Black Lace" is straight-up wild. Some films are criticized as favoring style over substance. This film is, without any criticism or negative connotation, style as substance. You can call its borderline fetishization of violent acts socially irresponsible. Or you can appreciate it for what it is and go along for the wild ride. In fact, you'll likely do both.

[dx_custom_adunit desktop_id="RTK_K67O" mobile_id="RTK_5yk0"] Did you enjoy Netflix's recent "The Haunting of Hill House" TV series? Then you must absolutely check out its predecessor "The Haunting," released in 1963. It's shadowy, atmospheric and revolutionary in its techniques. To studio execs' chagrin, director Robert Wise used a wide variety of distorting camera lenses and angles to achieve his desired effects.

"Jigoku" was released in the U.S. as "The Sinners of Hell." And while many new American titles of foreign genre films miss the mark completely, this one pretty much gets it. The Japanese shocker, released in 1960, shows ahead-of-its-time experimental imagery of folks being graphically tortured in hell. It received such a puzzling reception that it effectively bankrupted its studio, Shintoho.

[dx_custom_adunit desktop_id="RTK_K67O" mobile_id="RTK_5yk0"] With equal parts horror and pitch-black comedy, "Spider Baby" will make you squirm. It spins the web of a trio of grown siblings who behave upsettlingly like younger children. Actually, let us rephrase: Younger children who happen to enjoy macabre acts of murder and cannibalism as deranged games. We're not anticipating an "Into the Spider-Verse" crossover any time soon.

It's one of the most influential horror films ever made, and you have likely never heard of it. It's "Peeping Tom," released in 1960 by British director Michael Powell. And it's the upsetting story of a serial killer who films his victim's final moments. On its initial release, the general public didn't know what to do with "Peeping Tom." Since then, it's been regarded as a direct antecedent to the slasher subgenre, found-footage films and the careers of auteurs like Martin Scorsese.

1. A slow, poignant medidation on life, death and everything in between.

[dx_custom_adunit desktop_id="RTK_K67O" mobile_id="RTK_5yk0"] Actor Rock Hudson was primarily known as a heartthrob in rom-com fluff. Then, in 1966, he said, "Screw it." His starring role in John Frankenheimer's "Seconds" is a stark, frank portrait of anxiety and depression. And that's before the picture's horror/sci-fi elements even kick in. To those who wish they could have a do-over of life: Watch "Seconds," and be careful what you wish for.

In one film, director George A. Romero changed the world. Do you binge "The Walking Dead"? Read "World War Z" at the beach? Debate with your friends on how to survive a zombie apocalypse? Then you have "Night of the Living Dead" to thank. Romero released his no-budget shocker in 1968, terrifying audiences with his brazenly gruesome visuals and nihilistic political commentary.

You likely know the simple story. A bunch of birds attack a town, without warning or explanation. So what elevates Alfred Hitchcock's animal slasher film into an essential experience of 1960s cinema? Believe it or not, it's because of this lack of warning or explanation. In a cinematic time where everything has a backstory, shared universe and easter-egg-laden justification, "The Birds" continues to shock in its abrupt, cruel chaos.

[dx_custom_adunit desktop_id="RTK_K67O" mobile_id="RTK_5yk0"] William Castle absolutely ran the late 1950s/early 1960s horror scene. His films relied on theatrical gimmicks like a literally spine-tingling chair or a timer in the corner of the screen that counted down when a main character was about to meet their fate. "Mr. Sardonicus" was no exception, being screened with the choice for audiences to vote on the title character's fate. However, unlike much of Castle's other work, "Mr. Sardonicus" still plays well today, particularly its nightmarish makeup.

Ingmar Bergman is regarded as one of the most influential art filmmakers of all time. And, in 1968, he went full horror. "Hour of the Wolf" is the stuff nightmares are made of, squishing surreal images atop psychological traumas atop taboo-breaking depictions of child murder. If you like David Lynch, watch "Hour of the Wolf."

In 1945, the U.S. dropped atomic bombs on Japan to end World War II. And Japanese filmmakers worked through that national trauma in their art ever since. It's how we got "Godzilla." And it's how we got "Goke, Body Snatcher From Hell," a bold, brightly colored vision of dreamlike retribution. Beyond its political commentaries, "Goke" features charming makeup effects and an absolute punisher of an ending.

[dx_custom_adunit desktop_id="RTK_K67O" mobile_id="RTK_5yk0"] In 1828, Scotsmen William Burke and William Hare murdered 16 people and sold them to scientist Robert Knox for dissection and analysis. In 1960, director John Gilling adapted the true story into "The Flesh and the Fiends," finding Edgar Allan Poe-esque shades of guilt and morality in his examination of the characters involved. This film was originally released in the U.S. as "Mania," which doesn't quite capture the film's proper tone as well.

For a film about a plastic surgeon's attempt at a face transplant gone awry, it makes sense that "Eyes Without a Face" was chopped up so heavily during every facet of its history. Censors impeded on production, insisting director Georges Franju dull his depictions of violence. And it was originally released in the U.S. in a bowdlerized form as "The Horror Chamber of Dr. Faustus." But once it got its proper, uncut screening, it shocked and influenced audiences for many generations. And even with the censors' attempts, the violence is still... really something.

It would be irresponsible to talk about 1960s horror without mentioning Hammer Film Productions. The British studio made instantly iconic works of horror that combined high and low art into an irresistable cocktail. Their most well-known adaptations may be of Dracula and Frankenstein, but we might give the edge to the lesser-known "The Curse of the Werewolf." The transformation effects are unusually visceral for the studio, and famed British actor Oliver Reed made his screen debut as the title role.

[dx_custom_adunit desktop_id="RTK_K67O" mobile_id="RTK_5yk0"] Director Herk Harvey put everything on the line for "Carnival of Souls." It was independently financed and produced, with Harvey regularly stealing shots and cutting corners without proper permits or equipment. Luckily for us, it all paid off. "Carnival of Souls" has copious amounts of brooding atmosphere, intense deep focus photography and the absolute creepiest organ you'll ever see.

"Blood Feast" is such an aggressively violent movie, we pretty much can't show you a screenshot of it without getting in trouble from our bosses. Suffice it to say, Herschell Gordon Lewis' 1963 film pretty much invented the splatter genre, where visceral and physical gore and torment took center focus. The makeup effects in this film are... upsetting. But if you can stomach it, Lewis made two more films in his Blood Trilogy ("Two Thousand Maniacs!" and "Color Me Blood Red"), and a direct sequel in 2002 ("Blood Feast 2: All U Can Eat").

Equal parts campy, discomfiting and genuinely scary, "What Ever Happened to Baby Jane?" is a fiendishly entertaining flick. It's about a pair of actor sisters, one of whom holds the other captive, torturing her for her own corrupted sense of fulfillment. The film plays extremely well without any sense of context, but if you know that the actors Bette Davis and Joan Crawford hated each other in real life, it plays even harder. if you dig it, check out director Robert Aldrich's spiritual sequel, "Hush... Hush, Sweet Charlotte."