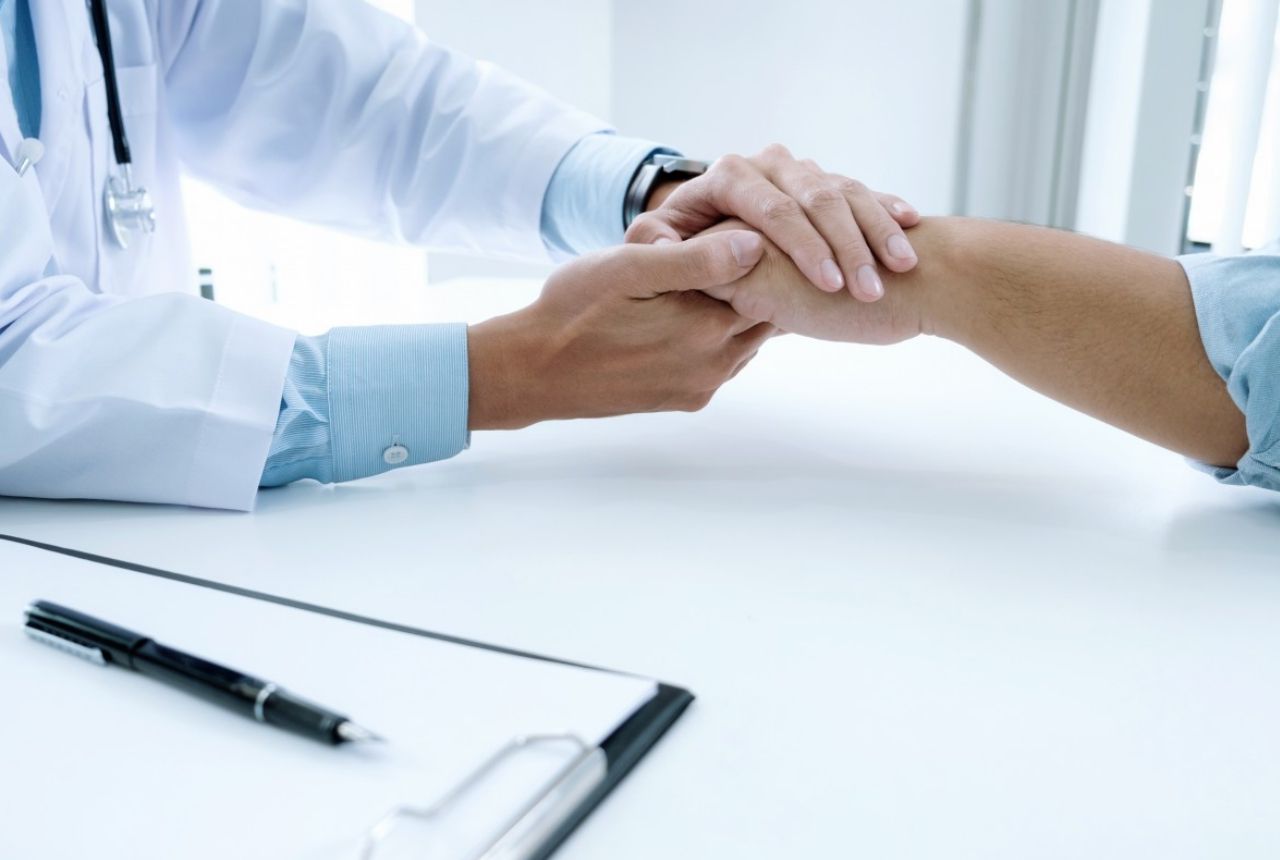 Multiple sclerosis symptoms are easy to miss. Especially if you don't know what to look for. So here are some of the signs that could mean MS. IMPORTANT: There are many possible explanations for these symptoms. And none of this information constitutes medical expertise or a diagnosis. So see your doctor before jumping to conclusions.

Because MS affects the brain, one way that it manifests is in a loss of balance or dizziness. There's no set pattern for symptoms of multiple sclerosis, so simply feeling a little dizzy on occasion could have other causes. It's best to seek a medical professional's advice if dizziness persists over a long time.

[dx_custom_adunit desktop_id="RTK_K67O" mobile_id="RTK_5yk0"] Everyone gets tired from time to time, but an overwhelming sense of exhaustion is one of the most common signs of multiple sclerosis. Just bear in mind that this can also be affected by a lot of other factors, so tiredness alone may not mean that you certainly have this disease.

Numbness related to MS involves the loss of sensation in parts of the body, such as arms and legs, which then spreads out slowly over the body over a few days.

Much like numbness, a tingling or pins-and-needles sensation may start in one part of the body and slowly spread out from there over the next few days. If this symptom persists, it's worth checking with your doctor as to what might be the cause.

[dx_custom_adunit desktop_id="RTK_K67O" mobile_id="RTK_5yk0"] It's not uncommon for multiple sclerosis to cause the muscles to contract at random times, causing unexpected spasms. This can also manifest in other ways, such as a difficulty moving or unexplained muscle cramps.

Related to muscle spasms is unexplained stiffness. As the body's muscles tighten, a sufferer of MS may feel like their muscles won't move normally. Alternatively, muscles may ache for no discernible reason.

With muscles constantly acting in unexpected ways, it can be hard to get the body to act normally. This can lead to a lack of strength when trying to move around normally. Ordinary activites can be very draining, and MS sufferers can struggle to function normally due to their muscles' reduced capacity for exertion.

[dx_custom_adunit desktop_id="RTK_K67O" mobile_id="RTK_5yk0"] In a quarter of MS cases, the first symptom to appear is eye strain, blurred vision, or difficulty focusing. This can also lead to headaches and additional pain, but do bear in mind that a changing glasses prescription is not by itself a cause for concern. Talk to a medical expert if you're unsure about your symptoms.

MS affects the brain and spine, and this can result in an increased difficult in moving around and walking. This could manifest as increased clumsiness, or a shaking of legs while attempting to walk.

MS sufferers can experience several different kinds of pain. One kind involves a stabbing pain to the face, while another involves the feeling of burning or squeezing in the limbs. It's also possible to feel joint pain or muscle spasms. There's no single blueprint for how MS will manifest, so many different kinds of pain are associated with this disease.

[dx_custom_adunit desktop_id="RTK_K67O" mobile_id="RTK_5yk0"] As MS affects the brain, it can cloud the thought, making it more difficult for the sufferer to think clearly. It can take additional time (or simply be very difficult) to solve logic puzzles or to calculate simple math.

MS often affects the sufferer's short-term memory, meaning that they can struggle to remember things that happened very recently. The long-term memory is usually left intact, so it's not a symptom of multiple sclerosis if you suddenly forget an old friend's name or birthday.

Sufferers of MS often report finding it difficult to visualize and put into motion a plan. They'll often know what they want to accomplish, but can't figure out how to make it happen. Activities such as reading a map can be very difficult, depending on the symptoms that develop.

[dx_custom_adunit desktop_id="RTK_K67O" mobile_id="RTK_5yk0"] Multiple sclerosis comes with a lot of different mental health challenges. One common symptom is depression - although it's worth noting that scientists are currently unable to determine whether depression is a symptom of the disease itself, or simple a byproduct of living with other symptoms such as tiredness and lack of mobility.

Again, because of the challenges of MS, it's common for sufferers of this disease to also suffer from chronic and unexplained anxiety. Small tasks can become terrifying, and it's also rare, but not unheard of, for sufferers to also experience intense mood swings. Again, these are rarely the first symptoms to develop, but they may be an indicator that something larger is wrong.

Sufferers of MS can end up experiencing many different bladder issues, such as an increased need to urinate, incontinence, a difficulty fully emptying the bladder, and an increased frequency of urinary tract infections.

[dx_custom_adunit desktop_id="RTK_K67O" mobile_id="RTK_5yk0"] One particularly painful symptom of MS is constipation, caused by the muscles tensing and refusing to release a bowel movement. This can also lead to a buildup of mucus which may leak out of the body in an attempt to release the contents of the bowels.

Without getting too PG-13, multiple sclerosis can have a negative impact on blood flow and therefore on romantic performance. What's more, both men and women may find it difficult to achieve climax during intimate moments, and (possibly due to the challenges of living with this disease) sufferers often report a reduced interest in bedroom activities in general.

Sufferers of MS can often experience a slurring of speech, for two reasons: firstly, the muscles refuse to move as expected, and secondly, because the brain struggles to recall words in a timely fashion while speaking. There's no specific point where symptoms like this become indicative of a bigger problem, so it's worth seeing a doctor if you're worried about your speech.

MS sufferers often struggle to get a good night's sleep at the best of times, but the disease can also mean that even a good rest may not be enough to alieviate the physical stress from the previous day. It's worth noting that lethargy and tiredness can also be related to other conditions such as diabetes, so if you're concerned about your energy levels, it's always worth checking with a doctor.

MS symptoms are often much worse in extremes of temperature. This means that humidity and heat can exacerbate symptoms, but it also means that extremes of cold can cause greater struggles as well. As everyone deals with temperatures differently, there's no concrete way of telling whether this is a symptom of multiple sclerosis without seeking a doctor's advice.

[dx_custom_adunit desktop_id="RTK_K67O" mobile_id="RTK_5yk0"] It's not uncommon for MS sufferers in the early stages of the disease to trip or stumble more often while walking. This is connected both to muscle issues, and to the brain not being able to process movement properly and predict where the foot should go in order to keep the body's balance.