These Awesome YA Sci-Fi Flicks Are A Teenage Dream

Greg Smith
These Awesome YA Sci-Fi Flicks Are A Teenage Dream March 26, 2018 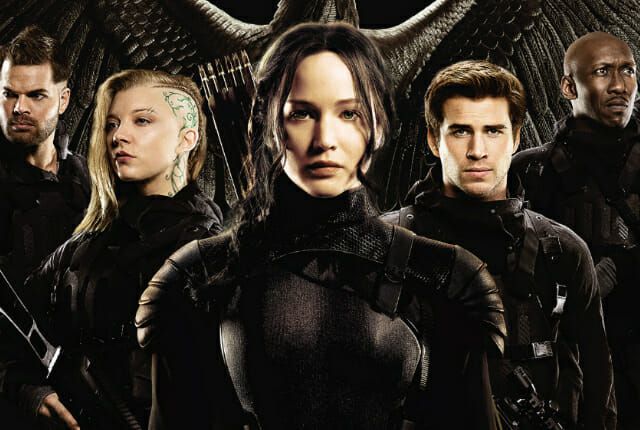 Are you the type of person who writes off teen movies and YA science fiction as junk? Well, to that we say: Get the heck out of here! Because great teen sci-fi movies have been gracing our screens for many years now. And it's time to recognize their power. So do you feel like getting in touch with your angsty adolescent? Then these are the best teen sci-fi movies to scratch your itch.

Back To The Future Series

Where we're going, we don't need roads. But we do need the adolescent hijinks of Marty McFly and, thanks to a customized, time-traveling DeLorean, his teenaged parents. The beauty of these films lies in their duality: they're high-octane sci-fi adventures, sure, but they're also emotionally effective coming-of-age stories.

Ah, the good old days of Nickelodeon Movies. While this live-action effort may not match Good Burger in anarchic surrealism, it boasts a neat high concept of its own. Zak, a typical early aughts teen, discovers the technology to speed himself up so quickly it seems as if the world is completely still. What begins as simple teen shenanigans quickly turns into a suitably spooky conspiracy plot.

What if you woke up in a dangerous maze, with a group of other teenagers, with no idea how you got there? That's the delicious concept behind The Maze Runner series, based on the smash YA novels. Equal parts Saw, Cube, and Battle Royale, the films become more labyrinthian in plot and, uh, labyrinths the characters must traverse through.

Jumanji: Welcome To The Jungle

If you only watched the trailers for the delayed Jumanji sequel, you'd think it's just an action-adventure comedy with The Rock, Kevin Hart, Jack Black, and Karen Gillan trying to outmug each other. But if you watch the film, you'll be presently surprised at its sci-fi hook and emotional poignancy, as a group of teenagers are sucked into a video game and learn a little bit about themselves through their avatars.

Zenon: Girl Of The 21st Century

If you grew up in the golden age of Disney Original Movies, you've undoubtedly seen and loved this one. The film is a jolt of teenage girl energy, featuring boy drama, a best friend played by the inimitable Raven-Symone, and the fictional space pop band Microbe. Fire this one up at your next slumber party.

On the surface, Joe Dante's Small Soldiers is a small-scale (literally) rock 'em sock 'em action sci-fi flick about sentient toys at war and the teens who are caught on the crossfire. Dig a bit deeper, and you'll find Dante's attempts to make political points about colonialism and the military-industrial complex. Plus, it's national treasure Phil Hartman's last live-action film.

Keep your MCUs and your DCEUs. The only cinematic universe I'm interested in is the Snarky Teenage Broderickiverse, or STBU. Predating Ferris Bueller by 3 years, WarGames gets the universe off to a good start with an irresistible, unfortunately timely premise: What if a young hacker thought genuine government weapons were a computer game, and accidentally started World War III?

Honey, I Shrunk The Kids

Don't you love a film title that tells you exactly what to expect? In this family film, Rick Moranis, well, shrinks his dang kids, who go on lots of tiny, teenage-tinged adventures, including a burgeoning romance between Moranis' daughter and his neighbor's son. The practical sets and effects in this film are wild.

Is it problematic to enjoy a film about two teens who scientifically engineer the woman of their dreams? Or is it an enjoyably goofy snapshot of the 80s that we should all lighten up about? Probably, the answer is somewhere in the middle. At the very least, the John Hughes movie features a fun Oingo Boingo performance and some bonkers decisions made by the computer-generated Lisa.

For readers of a certain age, Donnie Darko was THE college dorm room movie poster. It represents everything we wish we were in undergrad -- it's chilly, alienating, confrontational, snarky, deliberately confusing, and possessing a sneaky amount of heart underneath it all. Word to the wise: Don't watch the director's cut. Theatrical is better.

If you've seen the most recent Star Wars films and thought to yourself, "Finn is a movie star and I demand more Finn content," you simply must watch Attack The Block immediately. John Boyega astonishes in the British creature feature about a group of rambunctious teens fighting some genuinely terrifying glow-in-the-dark monsters.

Too often in the teen sci-fi genre, we see chiseled-jawed, beautiful-cheek-boned, stone-faced adolescents grimace their way through their genre trappings. What about some movies featuring some lovably enthuastic, out-and-out weirdos? May I introduce you to the Bill And Ted series? Both films have a sci-fi bend -- the first one time travel, the second one robot clones -- and both films boast endearing, infectious performances from Keanu Reeves and Alex Winter.

This is the chronic -- what?! -- cle of the beginning of a superhero and villain. Featuring charged, emotional performances from Dane DeHaan, Alex Russell, and Michael B. Jordan, the low budget found footage work crackles with intensity, suspense, and drama. If director Josh Trank ever pulls himself out of movie jail following his Fantastic Four debacle, we'd love to see another teen sci-fi movie like this.

The Last Starfighter speaks to every teenager who considered themselves an outcast (which is to say, every teenager) with an immediately tempting premise: What if the thing everyone told you was a waste of time was the thing that could save everyone? In this case, that "thing" is video games, and the movie sparkles with revolutionary-for-its-time CG effects.

Joe Wright is often interested in broadly appealing, middle-of-the-road stories, like Winston Churchill or Jane Austen. In Hanna, he throws us a wild card with a bleak, visceral experience about children genetically engineered to be super soldiers. The relationship between the titular teenager and her father is uncomfortable yet captivating.

Tomorrowland is an optimistic, poppy, often tearjerking sci-fi blast. It wears its Disney label and PG-rating proudly. At the center of it all is not George Clooney, but rather Britt Robertson, who plays protagonist teenager Casey with multiple emotional shadings. This movie was a flop, but is worthy of a reappraisal.

City Of Ember bursts with imagination, dread, and an incredible cast. Saorise Ronan, appearing again on this list! Bill Murray! Martin Friggin' Landau! It's kind of like if The Giver was given a Nickelodeon Films pop art remix, and we mean that as a pure compliment.

Do you like Steven Spielberg? So does J. J. Abrams! All jokes aside, Abrams' work is more than hollow homage. It captures, with acute authenticity, the horrors and pleasures of being a teen with dreams bigger than your hometown. Also, wowie zowie does this movie's creature rule.

Based, like many contemporary teen sci-fi movies, on a hit dystopian YA novel series, the Divergent films are about a society in which people are divided into different groups based on personality traits. Shailene Woodley is, of course, divergent, meaning she is an independent thinker, meaning the government can't control her, meaning she has to uncover a vast conspiracy, meaning fun for you!

A Wrinkle In Time

A Wrinkle In Time is not a completely successful film. In fact, it's often a mess. What it gets right, however, are the big, sweeping, and pure emotions every teenager going through a tough time goes through, with some pleasingly trippy sci-fi imagery to boot.

Do you like all of pop culture? So does Steven Spielberg! All jokes aside, the blockbuster auteur's latest offering is already garnering positive critical buzz, despite mounting controversy that, in honesty, has existed beneath the surface since the original book was written. Still, if you're in the mood for a new, nostalgia-infused take on teen sci-fi, give this a whirl and see for yourself.

Why is a teen slasher on this list of science fiction movies? Because Happy Death Day adds a time loop twist straight out of sci-fi pictures Edge Of Tomorrow and Groundhog Day (yes, Groundhog Day is technically a sci-fi movie). It's also a candy-coated piece of popcorn entertainment, with a genuinely affecting conclusion for any young adult going through an identity crisis.

I volunteer as tribute... to watch these highly entertaining films! Sorry. These movies, based on the hit novels from Suzanne Collins, made a movie star out of Jennifer Lawrence, explored mature themes in digestible sequences, and featured a who's who of supporting actors in bonkers wigs (thank you, in particular, to Donald Sutherland).

Warm Bodies is more than "the teenage zombie movie." It's a sweet, sensitive love story. It's a rumination on identity, humanity, and what it means to be alive. It's one of the better film adaptations of Romeo And Juliet. And, Nicolas Hoult looks really friggin' good, even as a zombie. So, high marks all around.