Ranking All 30 MLB Teams By How Intimidating Their Name Is

Zarouhi Mikaelian
Ranking All 30 MLB Teams By How Intimidating Their Name Is March 28, 2018 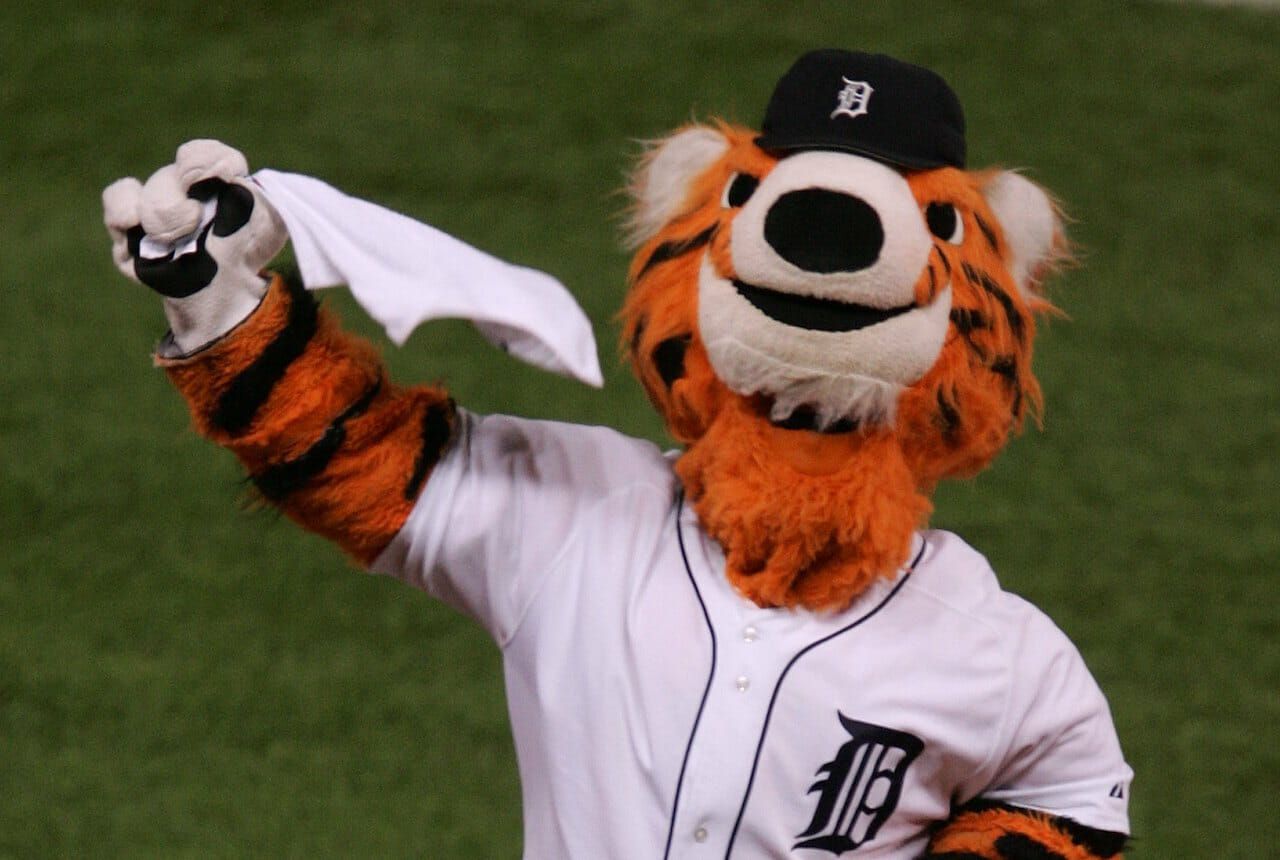 All but a handful of Major League Baseball team names fall into one of three categories: birds (three), socks (strange, I know; three), and humans (15 or 16, depending on how you classify giants), and, amazingly, only seven or eight cut a figure one wouldn't want to meet in a dark alley. Here's all 30 MLB teams, ranked from least- to most-threatening name. (If this is weirdly your thing, also check out our similar rankings of all 30 NBA teams.)

Not only is an "astro" not a thing, it's not even an imaginary thing. It's a goddamn prefix indicating relation to stars, appropriate because Houston is home to NASA's Lyndon B. Jonshon Space Center. Everything on this list, including the three teams that are named after socks, can beat up a prefix.

[dx_custom_adunit desktop_id="RTK_K67O" mobile_id="RTK_5yk0"] Originally called the White Stockings for obvious reasons, the Chicago Tribune used the White Sox name to fit it into headlines. It's a shame they didn't change it to something a little more threatening — of all colors for socks to be, white is by far the least dangerous, not to mention the most susceptible to stains.

The Red Sox are just barely more intimidating than the White Sox for the simple fact that red is the color of blood and Bostonian's faces when you tell them their city is garbage because everything closes at midnight. The only thing a red sock scares is a load of whites.

No, they're not named after communists, rather "Reds" is a shortening of "Redlegs," a name they switched to to avoid such an association. They get domain over the Boston Red Sox because Cincy had the name Red Stockings before Boston, all the way back in 1882.

[dx_custom_adunit desktop_id="RTK_K67O" mobile_id="RTK_5yk0"] How to beat a mountain range in a fight: 1. Stay inside; 2. Turn on your favorite TV show; 3. Watch every damn episode of every damn season; 4. Forget entirely that you're inexplicably in a battle with a series of protruding pieces of land formed by tectonic shifts; 5. Go to sleep. You win.

For a team that once had "Devil" in its name, this seems remarkably low on the list. However, though manta rays were once feared for their size (up to 23 feet in width), they're actually placid and even friendly with humans. People named Ray are scarier.

Major League Baseball has a three-team wing of birds. The Baltimore oriole (an actual bird) is the smallest, topping out at a mere 1.48 ounces, 8.7 inches in length, and a foot in width. Baltimorons can take solace in the fact that their squad would be much, much higher on this list if it were about how scary a team's city is.

[dx_custom_adunit desktop_id="RTK_K67O" mobile_id="RTK_5yk0"] Slightly larger than an oriole, this fighter comes in at just over nine inches long and an average of 1.5 ounces. Somehow, they'd be much higher on the list if they were the other kind of cardinal. You know, one of those old dudes from the Catholic Church.

The beasts of the bird bunch, blue jays — a name the team chose because it used to be owned by Labatt Breweries, whose flagship brand is Labatt Blue — grow to be up to a foot long and 3.8 ounces. And thus ends the run of birds on this list.

Yeah, bears are scary. But baby bears? Not so much. In a cuteness contest? That's a different story. The name was appropriate once: Following a 1901 season in which they went 56-89, the team underwent a youth movement. "Cubs" also fits easily in a headline.

[dx_custom_adunit desktop_id="RTK_K67O" mobile_id="RTK_5yk0"] Alright, now we're cranking up the danger. Sure, you can avoid a maiming from a marlin by simply staying away from the ocean altogether, but you can't deny the menace of any animal with a sword on its face. Oh, and they're fast too, reaching 50 mph.

This might be controversially low — the diamondback rattlesnake is the heaviest venomous snake in the Americas and the biggest rattlesnake, and its venom has a roughly 20 percent mortality rate. That's all well and good, but any animal that can be finished with one swift boot stomp can't be much higher than this.

And so begins the lengthy all-human portion of the list. The Padres name is an ode to the Spanish Franciscan friars who founded the city in 1769, a century before the advent of baseball. Neat, but I'm not sure what your run-of-the-mill friar is bringing to a back-alley brawl.

[dx_custom_adunit desktop_id="RTK_K67O" mobile_id="RTK_5yk0"] The city has been associated with the brewing industry since the 1850s — there were already more than two dozen breweries in Milwaukee by 1856. Thirteen years before that, pioneer James Buck counted one tavern in the city for every 40 residents. And while those with a fondness for beer may love to fight, their dulled senses dull the damage they can do as well.

Originally the even less frightening Quakers, the team changed the name to the Philadelphias in the 1880s, before shortening it to what they're known as today, which we'll just take to mean anyone from the city. Sure, Philadelphians like to enjoy adult beverages and destroy things, but they're just as likely to wreck themselves — like this amped-up Eagles fan.

We're just gonna go ahead and call it a three-way tie between the three teams named (correctly or incorrectly) after nationalities. The Indians ran through several names after their inception before deciding to stick with the most racist one. The Cleveland Spiders of the 1890s were often referred to as the Indians because outfielder Louis Sockalexis hailed from the Penobscot tribe, and the team recycled the name in 1914.

[dx_custom_adunit desktop_id="RTK_K67O" mobile_id="RTK_5yk0"] While shuffling through names in the franchise's early years, the team was often referred to in the city as the Americans, as in, "the American League team in New York." This eventually turned into "Yankees" and "Yanks," as they mean the same thing and fit better in print.

Like the Yankees in the American League, the original Washington Senators of the 1890s were regularly referred to as the Nationals in part due to their residence in the National League, and for obvious, location-based reasons.

No, they don't get twice as many fighters as all the other teams named after humans on this list. But what they do get is the benefit of mind-melding communication skills within twin pairings throughout the roster, which can come in handy when you find yourself in a vicious cockfight.

[dx_custom_adunit desktop_id="RTK_K67O" mobile_id="RTK_5yk0"] Another name with headlines in mind, "Mets" is short for "Metropolitans," which we'll just take to mean anyone from the metropolis of New York City. While New Yorkers likely think they should be higher on the list, they're lucky even to be at No. 11, benefitting from a seriously unintimidating crop of monickers.

"Dodgers" is itself another word for people from New York — more specifically, people from early 20th-century Brooklyn, who were adept at dodging trolley streetcars, which I suppose gives them a leg up on generic metropolitans.

A mariner, or a sailor, has to be physically capable to contribute to a boat's safe travel, and more importantly, a handful might know their way around a harpoon.

[dx_custom_adunit desktop_id="RTK_K67O" mobile_id="RTK_5yk0"] The A's originated as the Athletic Club of Philadelphia — I know, "person with a gym membership" shouldn't be the eighth-scariest thing major league teams can come up with. And yet here we are. Don't ask me what the hell that has to do with elephants, which have served as the team's mascot since 1909.

Finally, people actually trained in combat. A brave is a Native American warrior. Thankfully the franchise hasn't yet switched full-time to their somehow popular nickname, the Bravos, though most do consider any "Real Housewives" show to be torture.

You've seen "Game of Thrones" — royal offspring learn from a young age how to handle themselves in combat. That, and they've got a bevy of guards and soldiers at their disposal should they turn out to be more of a King Joffrey than a Jon Snow.

Just feel lucky they're not called the "Walker, Texas Rangers," every other team in the majors, because Chuck Norris would throw a perfect game on three pitches and hit a grand slam with nobody on base against you before stomping your ass in the parking lot.

Yarrrrrr matey! Like the Texas Rangers a slot earlier, the Pittsburgh Pirates are armed, but they also know their way around a cannon, can handle a sword, and, so long as "Peter Pan" wasn't lying to me, are often pursued by 20-foot, man-eating crocodiles.

Not kidding: There's only one team in all of Major League Baseball named after an animal that's actually terrifying (so long as you agree with me about diamondbacks, that is). You saw "Gladiator," you and my man Russell Crowe know exactly what I'm talking about.

Back to "Game of Thrones" — you remember my dude Wun Wun? You know, the giant who wrecked a sea of zombies, rendered the treasonous members of the Night's Watch a batch of terrified babies, and (spoiler alert!) required attacks from about 100 individuals to be taken down? Yeah, that's why they're No. 2.

A supernatural, celestial being who acts as an intermediary between heaven and humanity and is also capable of killing 70,000 people in a matter of three days? Alright, alright, angels, you win. Just please don't drop me.