The Best TV Villains of All Time

Leah Hennessy
The Best TV Villains of All Time June 27, 2017 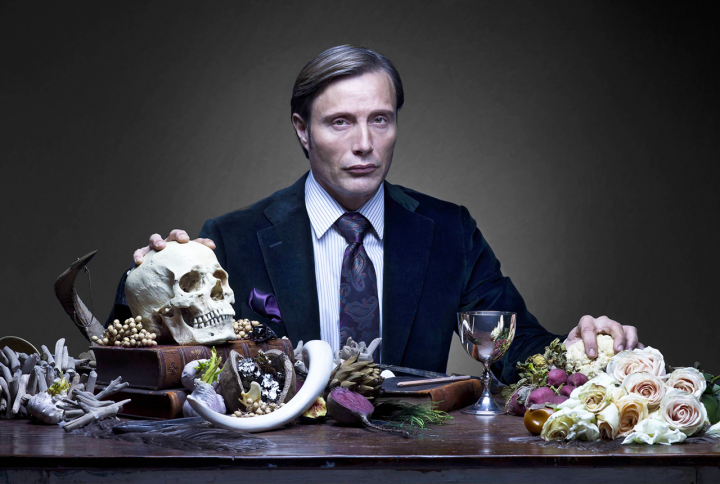 SPOILER ALERT! Negan earns his spot on this list for bashing in the brains of some of our favorite TWD characters. :( RIP Glenn.

The Man in Black (Westworld)

From the jump, it was easy to hate the MIB. He killed Teddy and assaulted Dolores all in the first episode! The best part about his character was the twist of him being our hero, William, all along!

Jaime Dornan does such a great job portraying the Belfast Strangler, we almost find ourselves rooting for him to get away with his crimes. Then we remember he is a damaged psychopath and a stone-cold killer and we hate ourselves and him, too.

The enigmatic "Chicken Man," his cool, bloodless delivery of chilling promises of death and retribution made him frequently the smartest and most fear-inducing man in the room. It took a literal suicide bombing to take him out.

All Mr. Burns cares about is his wealth and how to obtain more of it. His greed, selfishness and complete lack of empathy earns him a spot on the list. Not to mention he is just so mean to Smithers. All. The. Time.

For the first few seasons of Game of Thrones, everyone's favorite person to hate was Joffrey. From his whining and selfish behavior as a bratty prince to his heinous and cruel actions as a boy-king. We can never forgive him for his treatment of Sansa, executing Ned, causing the death of Lady, and many, many more atrocious acts.

After Joffrey finally bit the dust, viewers needed someone new to hate. And, well, Ramsey (Snow) Bolton gave us reasons to hate him in droves. We didn't mind so much his torture of Theon, but when it came to his abuse of Sansa, the hatred was cemented.

At no time was anyone able to truly get the upper hand on him. That is, until he fell in love. And it was Eva Crowder who proved to be his undoing. But throughout, Walton Goggins' magnetic performance shined through.

Vee (Orange Is The New Black)

Charismatic, manipulative, cruel, and selfish, Vee shook up things at Litchfield in her stint in season 2. While she was a great villain, (SPOILER ALERT) it was amazing seeing her get run over after all she had to done to Taystee, Suzanne, and Red.

A literal sociopath who got away with murder, her obsession with Luther now leads her to help him solve crimes even though she is an actual murderer and is in no way redeemable.

"You want it to be one way, but it's the other way." Those are the chilling words Marlo utters right before he has a security guard executed. This is a prime example of who Marlo is. A man who gives the Barksdale organization a run for its money as well as giving the Baltimore PD fits.

Aka The Kingpin is the boss of the criminal underworld yet he hides in plain sight. His seething anger is always right beneath the surface and is ready to boil over at any given moment. Even from behind bars he continues to pull the strings of the dealings within New York.

David Tennant's turn as the villainous Kilgrave aka the Purple Man on Marvel's Jessica Jones was superb. His tragic childhood lead him to his selfish, abusive, destructive and evil actions as a mind-controlling adult. We had plenty of reasons to hate him yet he was also incredibly tragic.

The Governor (The Walking Dead)

Half mild-manned southern gentleman, half power-crazed tyrant, Rick's upstart movement against him resulted in The Governor murdering his own people simply for not attacking when he ordered.

The best performance that Ian McShane has given to date, his Al Swearengen goes down like good whiskey, and his character arc had him bouncing from villain to anti-hero to anarchist and everywhere in between.

Linus was only supposed to be in a three-episode arc of the series, but Michael Emerson's performance solidified him as the Big Bad for most of the series, until loss after loss broke him down until there was nothing left but a path to redemption.

For him, the power was less in how he was on screen, and more how his absence until the very end made Dr. Kimble's 120-episode journey that much more fraught, with this villain as the cloud that hangs over him.

He was supposed to be a one-off character, but it became clear that The Cigarette Smoking Man had more to him than simply the visual. Ultimately, it was he who was behind the various wild truths being suppressed.

Truly a demon, Bob haunts the residents of Twin Peaks, and is ultimately responsible for Laura Palmer's murder. When the show comes back, what heinous actions will he be responsible for next?

Called so because we could never tell if she was simply in Gaius Baltar's head, or if she existed on some level, Head Six was the evil side of Cylons, believing humanity to be unworthy, all while torturing Baltar every moment of his existence.

You have to look at Mads Mikkelsen, even as you are repulsed by his actions. His turn as Hannibal has redefined the character, and may very well be the closest to the original intention for the genteel serial killer.

She killed Jack Bauer's wife in the end of the first season, throughout most of which appeared to be the only person that Bauer could trust in this crisis. That she lasted for multiple seasons thereafter alone shows that she was his best nemesis.

The Master (Doctor Who)

Across multiple actors between both villain and hero, The Master/The Doctor dynamic has always been perfection. It's no coincidence that both names are academic in nature -- this is a war of wits across hundreds of years.