Greg Smith
VR Games To Escape Into When You’re Tired Of The Real World April 26, 2018 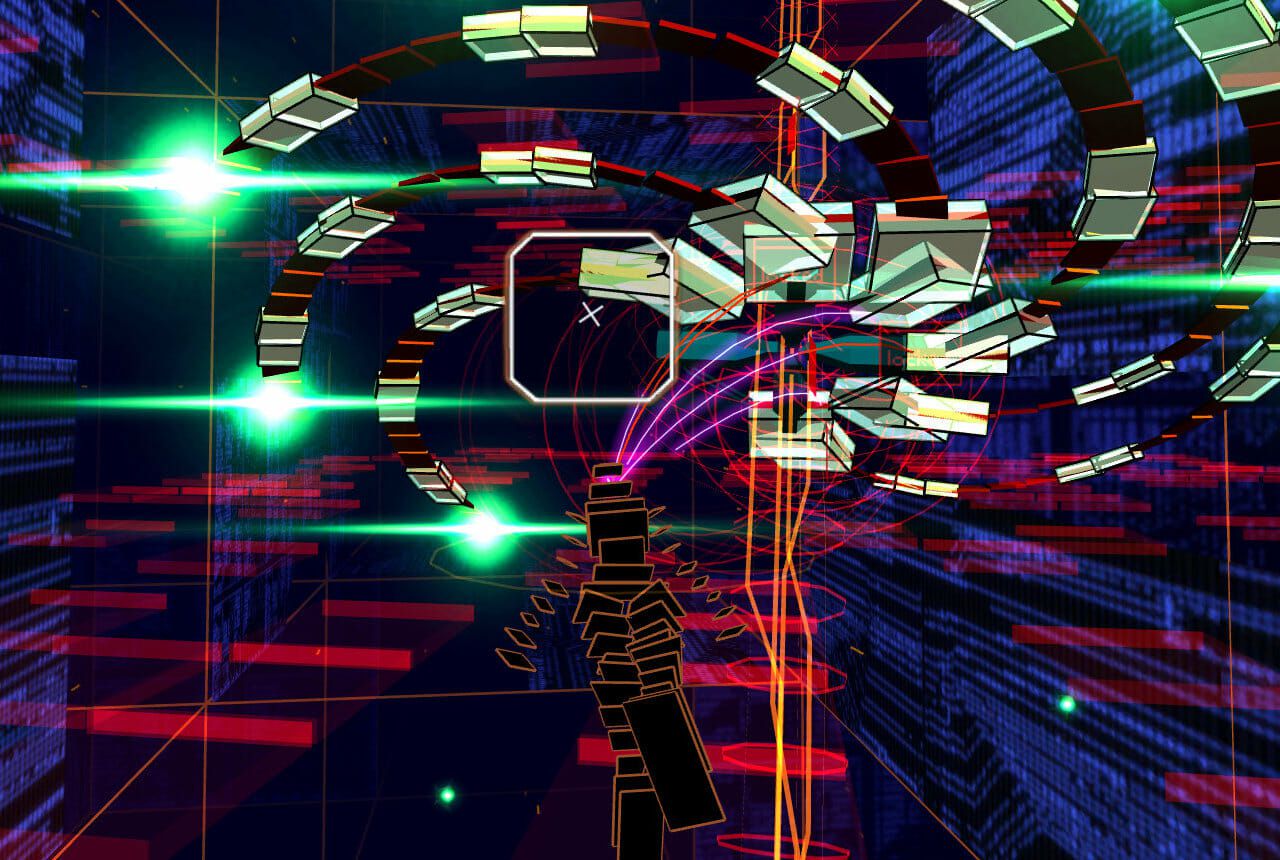 What are the best VR games on the market today?

You're on the cutting edge of video-game technology – virtual reality, or VR. You've got yourself all the necessary gear, be it an Oculus Rift, HTC Vive, Playstation VR, or third-party headset. So now comes the hardest and most necessary question. And that's, "What can you play?" After all, if you don't have the best VR games, your fancy equipment is nothing more than dust-collecting, space-taking doo-dads. Lucky for you, we've got the intel on how you can level up, escape the real world, and dive headset-first into virtual reality. So are you ready to play?

Be honest: You wanna be a cute little mouse, right? In Moss you get that chance and thensome, as you inhabit the rodent character Quill who goes on a classic storybook adventure to save her kingdom. The game is a combination of puzzles and gentle combat, and in a fun fourth-wall breaking twist, Quill is aware that you're a player and interacts with you throughout.

Real life murder mystery parties? Cloying, annoying, and too hard to stay in character while eating free food. The Invisible Hours? A fascinating, gripping, genuinely suspenseful murder mystery that places you smack-dab in the middle of the scene of the crime. There's not actually much "playing" in this game, but you'll have fun being a Hercule Poirot-shaped fly on this mansion's wall.

What if Bioshock was less about horrifying violence and more about, like, exploring the dang ocean? You might have something like Subnautica, an open-world adventure in which you must survive in a bizarre underwater society on another planet. The visuals in this game are breathtaking, and the VR component makes it feel like scuba on LSD (which is good!).

VR games aren't just for pretty scenery or the novelty of "you are there." With titles like Lone Echo, they're a conduit for uniquely immersive narratives unavailable in any other medium. In this meditative sci-fi game, you play Jack, an android tasked with helping Olivia, a human, fix a space station. To say anything else would spoil the journey.

This one's a no-brainer. Everyone wants to be a member of a Star Trek crew, right (Well, except for the hapless souls in that one Black Mirror)? In Star Trek: Bridge Crew, you get to live this fantasy in first-person view, as you and up to four players take the roles of captain, tactical officer, engineer, and helm officer. You must then work together to solve all matter of missions that exist where no one has gone before.

Calling all Picassos: Tilt Brush is a simple, addictive, and imaginative game for the HTC Vive and Oculus Rift. The rules are simple -- use VR technology to paint whatever you want. You can then export your masterpiece as a smaller GIF or even as a room-sized piece for virtual gallery visitors to explore.

How would you survive in a zombie apocalypse? With Arizona Sunshine, you basically have a simulation to find out the answer. It's a classic zombie shooter with an impressively disquieting sun-bleached setting. Trust us: when you use the VR controllers to pull out your dual-wield pistols to blast away some brain-eaters, you will never want to stop.

Remember when we said Subnautica was like scuba on LSD? Rez Infinite is like LSD on LSD. How can we describe it? It's a rail shooter where you defeat abstract enemies in perfect time to pulsating EDM, while multicolored, fragmented visuals shimmer and splinter around you. You know, that old chestnut.

Keep Talking And Nobody Explodes

Many video games are at their best when they get a bunch of people in a room working together toward a common, incredibly silly goal. The hilariously named Keep Talking And Nobody Explodes hits this goal and thensome, forcing multiple players to work together to defuse a bomb.

Elite Dangerous is massive. It boasts a 1:1 scale replica of our actual Milky Way galaxy, and lets you turn it into an MMPO playground. Players engage in spaceship combat, embark on strategic trades, and explore the open-ended vastness of space. Maybe we just need to give Elon Musk a copy of this so he can calm down.

If you like your puzzle games nice and trippy, we've got a FORM that should meet your function. You play a doctor who's able to perceive shapes incomprehensible to other humans. Thus, you embark on a journey within yourself, solving pleasingly surreal puzzles involving VR-aided object manipulation along the way.

Everybody knows you're a mother-VR monster. In GNOG, a charming, colorful, child-friendly puzzle game, you must examine several oversized monster heads, each with their own personality and elements to play with. When you solve a puzzle, the monster heads sing you a song that we can only describe as "the best thing anyone has and will ever make".

The mechanics of Superhot feel revolutionary, despite being ingeniously simple. It's a first-person shooter in which time only moves when your character moves. Thus, the game plays like a hybrid of tactical strategy and hardcore shooter games. The art design is similarly unique, unsparingly minimalist in its color palette.

Skyrim, the fifth entry into the iconic Elder Scrolls series, already boasts a reputation for being an immersive, massive, and frankly time-sucking game. It's a new benchmark for open-world RPGs, and that's before you throw in a virtual reality headset. After that, the Skyrim's the limit.

How can you shake some life into the iconically undead franchise? Throwing the seventh Resident Evil, subtitled Biohazard, into a first-person perspective certainly helps. Throwing that perspective into VR helps even more. By the way, when we say "helps", we mean "helps you pee your pants and run away from your game system crying." That was implied, right?

Live your fast and furious fantasies in Project CARS 2, a VR racing game with a staggering litany of customizable options. You can craft yourself the perfect automobile -- gearheads will marvel at the real-world accuracy found in the game's available choices. Once you're on the road, it handles like the real thing, with no worry about a life-ruining crash.

The closest game on this list to an actual real life Ready Player One, VRChat is a game with simple rules: Create a 3D avatar, interact with other folks online. The result, thanks to its crafty players, is all of the wonders and horrors of the Internet in a VR-assisted nutshell. Just don't be surprised if that nutshell has, like, Hank Hill's head for some reason.

As you might guess from the title, Gorn is hella violent. So maybe folks with sensitive stomachs should stay away from this one. For the rest of us, the game offers wild, over-the-top gladiator combat action with violence that feels silly rather than mean-spirited. It's the perfect antidote to glum depictions of this era in time -- yeah, that's right Gladiator and 300, we're calling you out. Gorn does ya better!

In the Dwayne Johnson-starring adaptation of the stone-cold classic video game Doom, there is a lengthy sequence depicted in first-person, mimicking the game's perspective. While the rest of the film is a BFD (the first word is big, the last word is disappointment, you can figure out the middle word), this sequence inadvertently served as a tantalizing proof of concept for what would become Doom VFR. It just feels good to blast away hell-demons, you know?

This game is silly, y'all. It's like if someone took the idea of a "weapon simulator" game and ran it through a "Monty Python" filter. It's an experimental game by design, allowing you to customize and create several over-the-top weapons to complete meat-centered missions. Plus, there's just a touch of social commentary about America for good measure.

In Sairento VR, you play a cyber-ninja who must battle and defeat enemies using your superpowers and swords in a dystopian near-future set in the fictional mega city of Tokyo Cluster. What's that? Oh, it was the sound of every nerd salivating. Anyone have a VR mop handy?

The Thrill Of The Fight

Love boxing? Hate getting your ass to the gym early, spending money on a trainer and equipment, feeling inadequate next to people more fit than you, injuries big and small, and CTE? You should get yourself The Thrill Of The Fight. It gets you everything good about boxing without any of these aforementioned risks.

If you think an average game of Mario Kart is bonkers, you've barely scratched the surface. Sprint Vector, conversely, runs past the surface through the center of the world, then keeps going, lapping the surface and spreading an infectiously looney lava-hot aesthetic and sense of humor. It's arcade-style racing with personality to spare.

You're tired of living in the real world working your real job. So you pop on your VR headset and jump into a game to... live in the real world and work a real job? Believe it or not, Job Simulator: The 2050 Archives makes work fun, with a Portal-esque sense of lightly dystopian humor.