Oscar-Winning Movies To Watch On Netflix 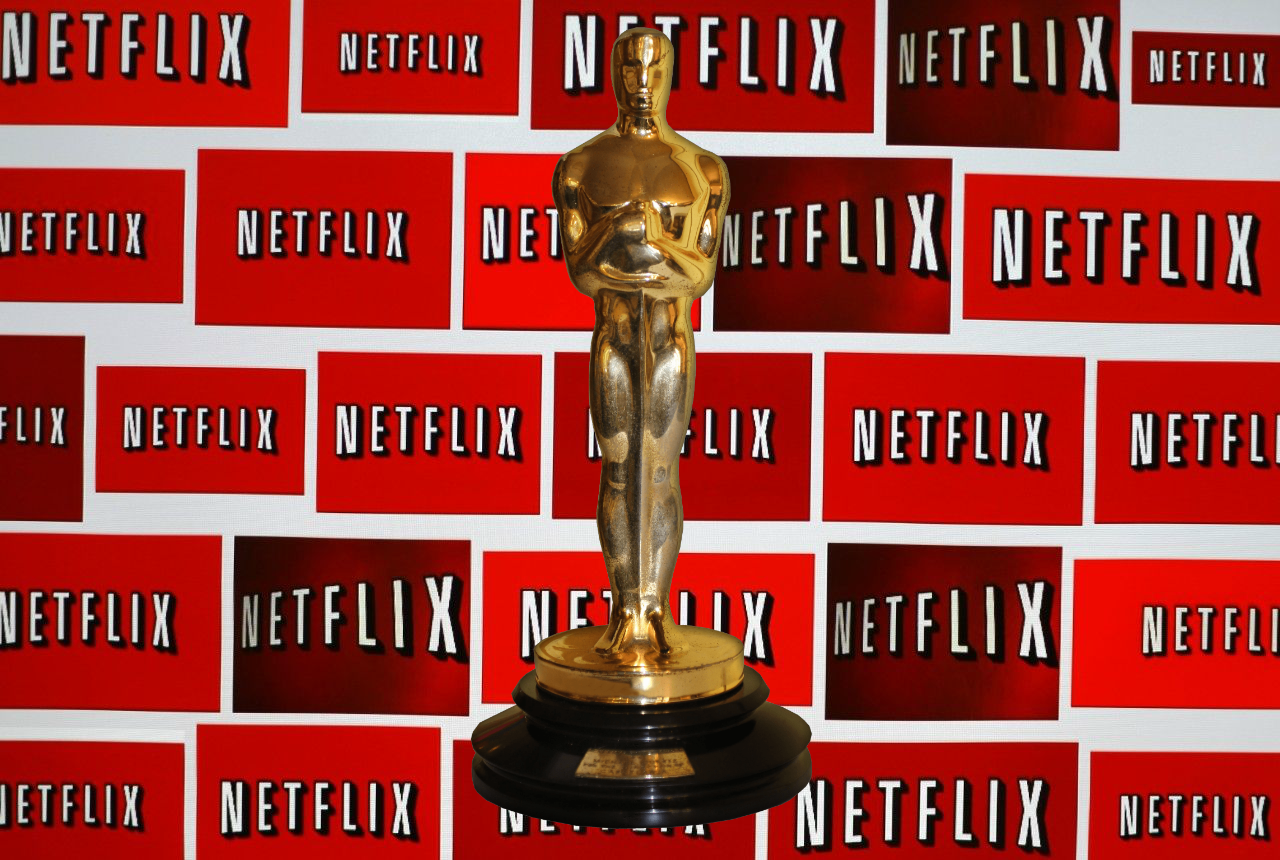 Need a good movie to watch on Netflix? Here are a bunch of Academy Award winners available on Netflix for your streaming pleasure. That ought to help you narrow things down.

The Godfather is famous as a gangster movie. It’s based on a book by Mario Puzo, but the film is often said to be even better than the book. It features amazing performances from Marlon Brando, James Caan, Al Pacino, and Diane Keaton. The film won for Best Picture at the Oscars when it came out.

This Tarantino-directed Western is set in Wyoming. It’s about bounty hunter John "The Hangman" Ruth, played by Kurt Russell. With his fugitive prisoner, they meet another bounty hunter played by Samuel L. Jackson. They seek shelter from a blizzard at a stagecoach stopover. But then they meet other strangers who turn out to be less than strange. Set largely in a single room, it’s another unique experiment, almost like a stage play in film form.

Boyhood is the incredible story of a boy growing up over the course of several years. It's notable for featuring the same actors portraying the same characters over various phases of their lives. It earned lots of attention for its unique approach to filmmaking from director Richard Linklater.

Denzel Washington is at his absolute best in this now-classic film. It’s set in Los Angeles and focuses on the relationship between a rookie narcotics cop and his trainer. The thing is the trainer is a dirty cop. Filthy, really, worse than most of the criminals even. It’s an interesting take on the hidden cost of security and the nature of power. Denzel brought home a Best Actor Oscar for his electric performance.

Spotlight is based on the true story of the Boston Globe investigation into a former priest accused of molestation. The movie focuses mostly on the team of reporters. But it also looks at the victims they interview as they try to uncover the truth and seek justice. It’s a tough story but a powerful one.

Directed by Quentin Tarantino, this genre hybrid is slow, methodical, and deeply satisfying. It’s a slow-burn revenge story set during World War II, following a movie theater owner with a thirst for revenge as well as a group of Nazi-hunting American soldiers. Even with the intentionally-misspelled title, it was a big hit with the Academy.

The sequel to the Godfather was just as critically acclaimed as the original film. It focused on two stories told across time, first with Michael Corleone (Al Pacino) in 1958 where the previous film left off. It also looks at boyish immigrant Vito Corleone (Robert De Niro) in 1917 Hell's Kitchen. The two stories explore the themes of wealth and power, as well as crime and punishment. The third entry in the series, unfortunately, was not nearly so beloved as the first two.

Directed by Kathryn Bigelow, this wartime film is about a bomb defuser in Baghdad. It stars Jeremy Renner, Anthony Mackie, and Brian Geraghty. It’s a really tense experience, what with all of the bomb defusing and all. It blew up in 2010 when it won the Oscar for Best Picture.

Daniel Day-Lewis takes on the role of a lifetime as Abraham Lincoln. His performance is the main draw in this historical drama set in the Civil War era. Day-Lewis won a Best Actor Oscar for his portrayal of the President. The production design also got a nod as well, and the film is truly a feast for the eyes.

In this dramatic film, a teenager takes up an affair with an older woman in postwar Germany. The woman, played by Kate Winslet, loves classic novels, and especially enjoys having them read to her. But one day, the woman just disappears without a trace. The boy is devastated…until years later, when he sees her again. Only now she’s being tried as Nazi war criminal. Better to have loved and lost?

Liam Neeson dominates in his role as Oskar Schindler. He's a businessman who comes to Krakow in 1939 at the start of WWII. He’s depicted as a pragmatist who just happens to have lots of Jewish people working in his factory. At first he only helps hide them because they are his employees. His list of hidden refugees soon grows very long, though. In time his reasons matter less than the results they produce.

Revolutionary Road is a slow burn set in the dull tedium of 1950s suburban Connecticut. Leonardo DiCaprio and Kate Winslet costar as a married couple who, upon moving into a house in the quiet neighborhood, soon long to be anywhere else. Things start to heat up when their dreams of escape actually begin to come to fruition.

Mudbound is a drama set on a farm on the Mississippi Delta. Laura McAllan is struggling to raise her children in the South. Then two young men return from the war looking to work the land. Laura is drawn to Jamie, her brother in law, who is sweet and tender but haunted by memories of his time fighting. Racial tensions also rear their heads in this period piece.

Owen Wilson plays a screenwriter and aspiring novelist named Gil. On a vacation in Paris with his fiancee (Rachel McAdams), he finds himself touring around the city on his own. During one particular after-hours trip, Gil happens upon a group of familiar partiers, who take him away on a journey more through time than space. They explore Paris’ unique history of culture, art, and literature. But leaving the past for the present gets harder and harder each time Gil makes the trip.

Milk is the story of Harvey Milk, played by Sean Penn. Set mostly in 1977, Milk becomes the nation's first openly gay man elected to a major public office. He does this by winning a seat on the Board of Supervisors. It’s a huge victory for the LGBT community, but it unfortunately doesn’t have a happy ending. A year later, Milk was gunned down in cold blood.

Set in 1774, Kirsten Dunst plays the titular Austrian teenager who marries the Dauphin, played by Jason Schwartzman. He’s French royalty, and she becomes that country's queen after the sudden death of King Louis XV. But during the French revolution, everything goes topsy turvy. Marie is captured and beheaded as a token symbol of oblivious excess. Great art design!

George Clooney stars as former prosecutor Michael Clayton. He works as a "fixer" at a corporate law firm, specializing in taking care of his boss’ dirty work. He’s got tons of debt and not a lot of life left in him, but he’s gotta do what he’s gotta do. Then, when a lawyer with a guilty conscience breaks down during a class-action lawsuit, Michael begins to recheck his priorities.

In 1974, daredevil Philippe Petit decided to walk on a wire between the two towers of the World Trade Center. Filmmaker James Marsh assembled the original footage along with new recreations, and spliced the two together to form this blend of drama and documentary. Based on a book, it’s a really cool experiment that got the attention of the Academy.

The Lord of the Rings: Fellowship

Peter Jackson is on the list twice, but this time is for his first entry in the incredible Lord of the Rings series. Though the books will always be the preferred medium, Jackson did a great job adapting them for the screen, and this might just be the best of the bunch. It includes the excellent scene in which the Fellowship is trapped in the mines of Moria, but honestly every scene is a treasure, and the performances are admirable.

When Peter Jackson decided to remake King Kong, he had some pretty big shoes to fill. But his take on the classic story stood on its own merits. The CGI was unlike anything anyone had ever seen before. Andy Serkis managed to convey lots of pathos and emotion through the technology of motion capture. It’s quite the wonder and packs a strong story of man’s relationship with nature as well.

The Jungle Book is a cool blend of live action and CGI. It’s a nice alternative to the classic Disney version, and features some songs from that film as well. It’s really great for kids especially, but the lush visuals will give the adults something to look at. Plus there are some celebrity voices to listen for, including the irreplaceable Bill Murray as Baloo the bear.

Starring Benedict Cumberbatch, this is a period piece set in 1939. It focuses on Enigma code-breakers during World War 2. Then looks at the fallout from one of the code-breakers revealing his homosexuality in the early 1950s. Lots of drama going on in this one.

How The Grinch Stole Christmas

This live action version of Dr. Seuss’ holiday story can be enjoyed all year round. Jim Carrey plays the Grinch, and the story has been expanded considerably from the original version. The costumes and makeup are really spectacular. They garnered the attention of the Academy voters as well. Carrey especially deserves praise for his elaborate Grinchy get-up.

Filmmaker Bryan Fogel recently won an Oscar for his documentary about drug use in organized sports. Part of what makes it so memorable is how things don’t go as planned. For example, a stray encounter with a Russian scientist changes the story from a personal quest into an international thriller. It all comes together to reveal one of the biggest scandals in sports history, and looks at how high expectations can lead to ruin and destruction.

Set in Texas mid-1980s, Matthew McConaughey stars as electrician Ron Woodroof who learns he has AIDS. He’s told he has 30 days to live, but he doesn’t lose hope. Instead, he finds other alternative treatments and goes to other countries for drugs. He goes to any means necessary to find what works. He then tries to bring treatment and support to others suffering from the same syndrome. It’s heartwrenching but inspiring all the same.

This documentary is a must-see for sports fans. It’s also great for anyone who loves a good underdog story. The setting is a high school in Tennessee whose football team has never won a playoff game. The coach and players are all key characters. If you liked Friday Night Lights, you’ll probably enjoy this documentary.

Emily Blunt stars as the teenage Victoria, who is positioned as the heir to the English throne. Her family fight over her future, each planning and plotting how to best position her to serve their own devices. It’s everything she can do to fight for her own personal voice. This movie won the 2010 Oscar for Best Costume Design, so be sure to notice the lush period wardrobe.