The Best and Worst Horror Remakes of All Time

Kelly McInerney
The Best and Worst Horror Remakes of All Time October 1, 2020Leave a comment 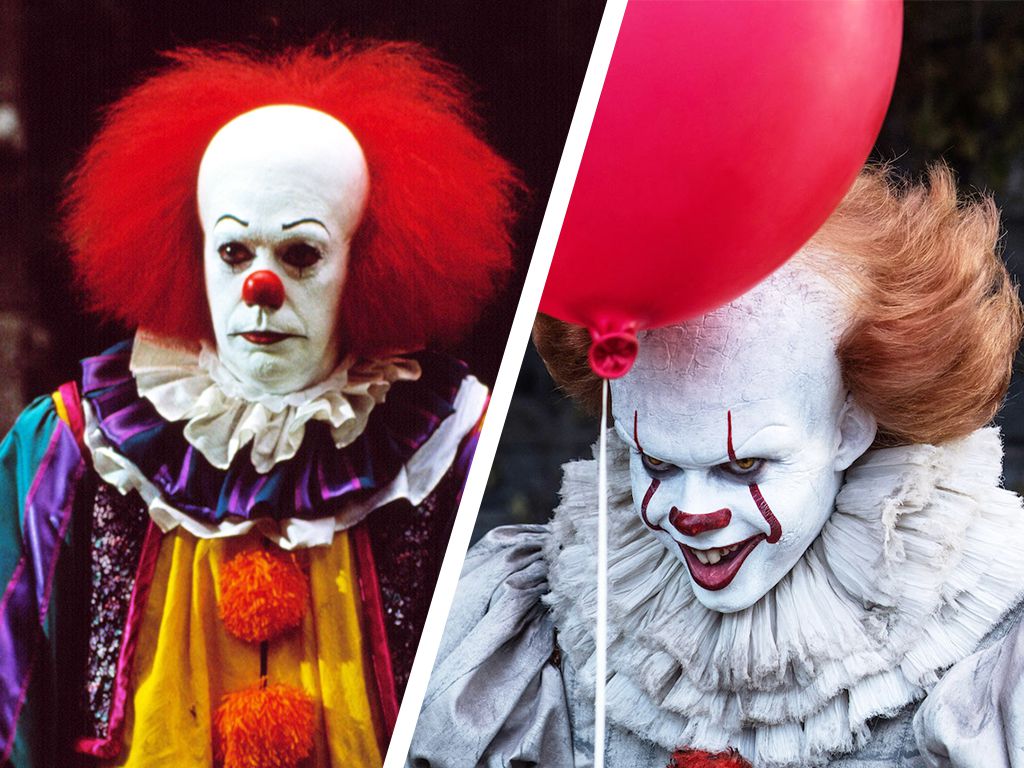 Horror has been making a total comeback lately. It seems like more and more fun original horror films come out every year and even a few great remakes. But with the good also comes the bad.

Some of these remakes are hilariously bad and some are just downright disappointing. And some franchises have had so many sequels and remakes that it's hard to keep track of which ones are watchable and which ones should be skipped.

"Halloween" has been remade quite a few times and there are countless sequels, but none of them really compare to the original except for the most recent one. Although it bares the same name, the latest film is actually a sequel to the original "Halloween," but it takes place many years after the events of the first film. It focuses on what happened to the babysitter, Laurie, and her family when Michael Myers returns once again.

Like we said, "Halloween" has been remade a bunch of times, and one failure of a remake that was released in 2007 was created by Rob Zombie. This version focused on remaking the original film with the sequel's storyline where Laurie was the younger sister of Michael, and not just a babysitter. The story edits seem like an attempt to make the film more modern, but viewers just ended up not caring as much about the story.

"Evil Dead" was a campy and creepy movie from the '80s about a bunch of teens who end up reading from a book that turns them into demons that kill each other. The remake is an updated version and because of the higher budget, it looks and feels much more creepy. It is a good remake but also a good standalone horror movie.

"Nightmare on Elm Street" has had a variety of sequels, but Freddy was always played by Robert Englund. In 2010 they decided to finally switch it up and cast Jackie Earle Haley, and it was a risk that did not end well. His face looked too uncomfortable and he didn't have any personality. We understand switching up the monsters and recasting, but it kind of took Freddy's personality away and that played a big role in the franchise.

"It" was a originally a book by Stephen King which then became a popular movie made for television. It was scary, but in a weird campy way. In 2017 a new remake was released. It broke the story up a little differently than the original and it ended up working in its favor, many argue that this remake could be better than the original. It was darker and a much more visually scary film.

After the success of the first "It" remake, the sequel was insanely anticipated. Maybe everyone gave it too high of expectations or maybe because the movie focused on the adults and not the kids, but it just wasn't the same. But it still broke box office records and is the most successful Halloween movie to date.

The original "Fright Night" was an 80's horror movie. It was very campy and at some times spooky, but mostly campy. In 2011, DreamWorks Studios decided to remake the film and cast Colin Farrell as the vampire neighbor next door. It had a much more modern tone to the movie that worked. It was still funny but in a 2011 way rather than an '80s campy way.

The original "Poltergeist" was very spooky, especially the clown doll scenes, so when Hollywood decided to remake the movie it was potentially a good idea, unfortunately the outcome wasn't. The clown doll scenes weren't as scary, not really much of the movie was. It is one of the more forgettable horror remakes to be made.

The "Child's Play" remake was surprisingly more fun than expected. A movie about a doll coming to life and killing people sounds like a partially goofy concept and this movie knew it. It is very self-aware and still has enough good jump scares and killing scenes to make it a worthwhile horror film.

Some horror movies don't need to be remade again and again but film studios keep doing it. "Friday the 13th" is one of those movies. The 2009 remake follows teenagers that camp out at an old Camp Crystal Lake and get terrorized by Jason. The original had more of a story and the killer turned out to be Jason's mother. The new remake was kind of just lazy and not as fun.

The "House of Wax" remake stars a handful of Hollywood's heartthrobs of the 2005 era: Elisha Cuthbert, Chad Michael Murray, Jared Padelecki, and Paris Hilton. It told the story of a pair of brothers that kill visitors and turn them into wax figures. It was very fun and Hilton surprisingly plays a great victim.

The 1998 remake of "Psycho" is a shot by shot remake of the original, but in color and with terrible acting thanks to Vince Vaughn, Anne Heche, Julianne Moore and Viggo Mortensen. Directed by Gus Van Sant and acted by that star studded cast, it was pretty surprising how bad it was, but it just proves that sometimes you've just got to leave the originals alone.

"The Ring" is a remake of the Japanese horror film of the same name and while many Americanized remakes of J-horrors cannot compare to the originals, this one is actually pretty spooky. It tells a story where if someone watches a video tape, they will die within seven days at the hands of a girl named Samara.

"The Wicker Man" is a hilariously bad remake and if you look at it as a dark comedy instead of horror thriller, it might be better. It tells the tale of a policeman investigating the disappearance of a girl in a neo-pagan island community. Nicholas Cage plays the policeman and his performance is so bad you have to laugh at it.

The original "The Fly" movie was shot in the '50s, and it had a fun concept but was very goofy, whereas the 1986 film really took the horror and disgust up a notch. A man accidentally becomes part fly by mixing with his genes and he becomes a disgusting monster. It was pretty terrifying and that's what made it work.

"Flatliners" was remade two years ago and although it has a hot young Hollywood cast it is just not good. It could possibly be because the original wasn't too good to begin with, but that should give reason for the remake to be even better. It tells the tale of medical students who play with flatlining and end up having near death experiences that are too real.

The original "Invasion of the Body Snatchers," which was filmed in 1956, is a classic horror movie, but the 1978 remake is truthfully way more memorable and scarier. An alien invasion takes over and replaces humans by becoming their clones, a very creepy concept, and the 1978 remake delivers.

"Carrie" is about a girl in high school that is constantly bullied until she finds out that she has telekinetic powers. They remade it in 2013 with a likable cast— casting Chloë Grace Moretz as the lead, but it just fell flat. It was too cookie-cutter, not as dark and creepy as the original.

John Carpenter remade the 1951 classic sci-fi film "The Thing That Came From Another World" and his remake is even more gross-out and scarier than the original. Carpenter is famous for creating "Halloween" so he knows exactly what he's doing and "The Thing" proves just that.

The original "Amityville Horror" was a semi-spooky semi-kind-of-campy '80s movie about a house that was rumored to be haunted in Amityville, New York. MGM Studios decided to remake it in 2005 with a killer cast including Ryan Reynolds as the seminal father figure who gets haunted by the ghosts and goes crazy. The remake just didn't shine as much as the original; maybe it was too Hollywood cookie-cutter for us.

"The Blob" is another remake of a 50's horror classic. Created in 1988 during the peak spooky/grotesque/funny horror times, this movie holds up. It is the perfect balance of all three of those things and since it is a movie about a pink ooze that terrorizes a city, it kind of perfectly works out that way.

The original "Dawn of the Dead" is one of the biggest horror movie classics of all time. The remake is directed by Zack Snyder and partially written by James Gunn (the other writing credit is of course George A. Romero, who created the original), both of whom are now known for their big budget superhero movies. In this movie the zombies are fast and almost superhero like in their ability to almost never die, and that twist on these superhuman zombies kind of lost it for us.

The original "Crazies" movie was created by horror legend George A. Romero and most of the remakes of his movies cannot compete with the originals, except maybe this one. It follows the story of a town that goes crazy, and there's plenty of creepy jump scares. It still holds up as a good horror movie.

Many people forget this remake and it is probably better that you don't remember it. Starring Val Kilmer and Marlon Brando, it sounds good on paper, but the remake of "Island of Doctor Moreau" is almost laughable on film. Every actor tried to overact and be over-the-top crazy which ends up making you giggle instead of shiver.

"Quarantine" was a remake of a Spanish horror movie called "REC" which came out only a year before this movie. It tells the story of a TV News reporter who gets trapped in a dark and scary apartment building that is hiding some terrifying things. The remake is almost as scary as the original with jump scares and a great performance by Jennifer Carpenter as the reporter.