Sarah LaPointe
Book Scenes That Were Way Too Dark to Be in the Movie August 30, 2019Leave a comment 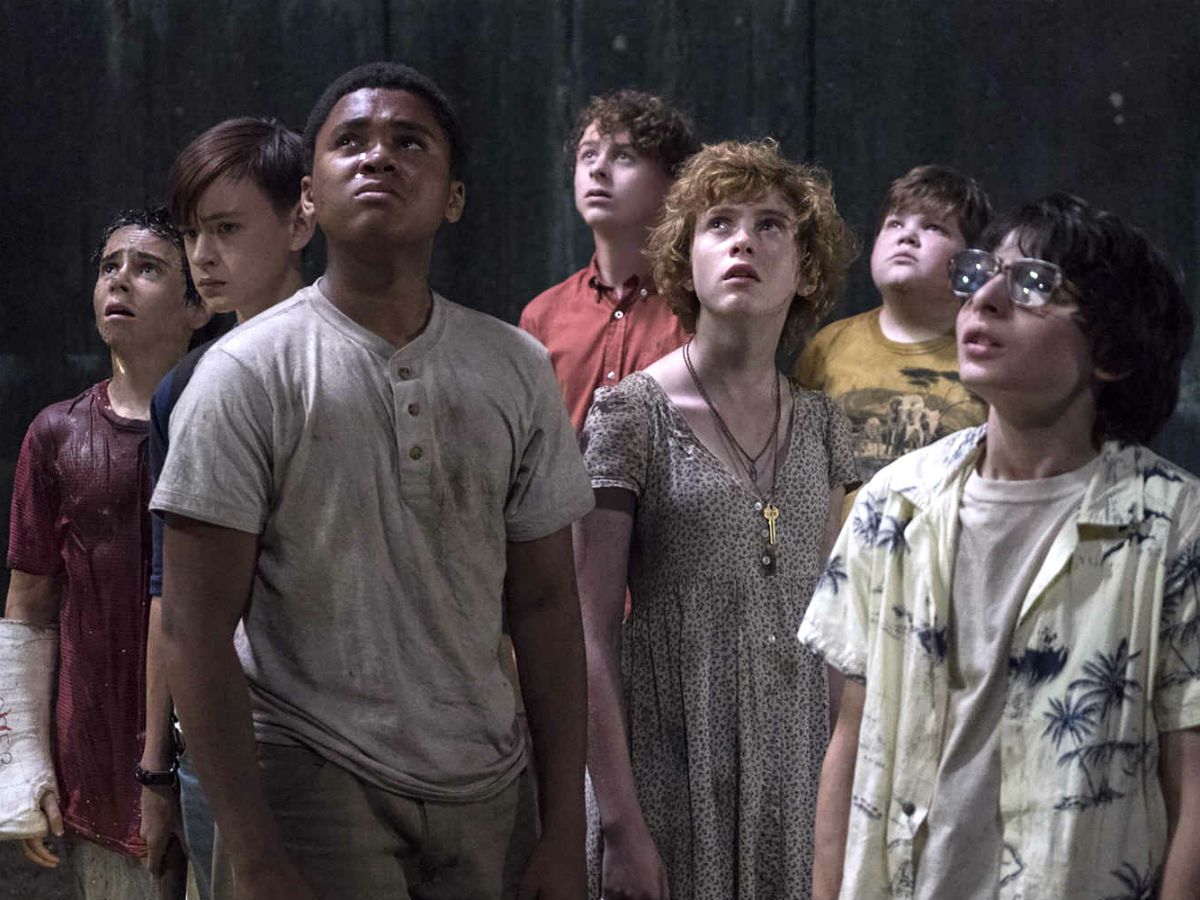 While most film and television adaptations try to stay true to their source materials' origins, some aren't afraid to take creative liberties. Especially when certain events depicted in an original novel are just too, well, f---ed up for the screen. Even some of the more violent movies on this list are, it turns out, sanitized...

'The Hunchback of Notre Dame'

Despite boasting an amazing soundtrack, Disney's efforts to tone down the adult themes in "The Hunchback of Notre Dame" weren't the most successful ("Hellfire" anyone?). However, they did manage to present a more acceptable version of the events from the original tale. Published in 1831, the book killed off Esmerelda, who was only 16, after subjecting her to lustful advances from both Frollo and Phoebus. After her death, Quasimodo- who had been harboring a secret crush on her- maintains a vigil over her body and dies of starvation.

Not all fairy-tales started out as the family-friendly versions Disney made them out to be. The original version of "The Little Mermaid" has the main character suffer a brutal transformation, described as "if a sword is being passed through her body", to win the affections of the prince. When he falls for another woman, she's given the chance to murder him in exchange for the return of her tail. Instead, she commits suicide by flinging herself off the boat and dissolving into sea foam.

As if your date instantly forgetting what you look like the moment you leave wasn't already a bad omen for your budding relationship, the original version of "Cinderella" shows the white doves did more than just ring the wedding bells. The Brothers Grimm graphically depict the stepsisters mutilating themselves to deceive the prince and better fit into the glass slipper. During the wedding, they have their eyes plucked out by doves as punishment for their past treachery.

'The Fault in Our Stars'

The 2014 film adaptation of "The Fault in Our Stars" fails to include a heartbreaking scene from the book. Reluctant to show Gus' physical decline until his eventual passing, the film omits a phone conversation the character has with his mother in which he screams "Because it's my life, Mom. It belongs to me!" Some readers misinterpreted the moment as Gus defending his relationship with Hazel when in reality, it signals the return of his cancer. Despite his mother's fears, Gus is determined to live the rest of his life to the fullest.

Peter's personality drastically differs between the book and film adaptations of "Divergent." In the book, he's sadistic and calculating where in the film, his cruelty falls in line with stereotypical bullying. On the page, the character shows a willingness to torture and kill his way to the top and stabs a fellow contender in the eye during training. He also verbally and physically assaults Tris by exposing her in the shower and groping her during a kidnapping.

Alice's transformation into a vampire is never revealed in the "Twilight" films. In the book, she was already experiencing her prophetic visions as a young child and was feared to be a witch by the townspeople. Thrown into an insane asylum by her own father, she's subjected to various methods of torture including electroshock therapy. Taking pity on her, she's turned by a vampiric staff member whose dark gift triggers even more vivid premonitions.

While the "50 Shades" franchise had to heavily edit themselves to maintain a steady R rating, there were still plenty of steamy scenes to go around. Some of the book's kinkier scenes that were better left behind closed doors include the infamous "tampon scene," Ana and Christian's quickie in the boathouse, and Ana's "inner goddess" monologues which alone are already too much to handle.

'Call Me By Your Name'

Though already highly suggestive, the "Peach Scene" in "Call Me By Your Name" is very explicit in the book. In the film, Oliver seductively teases Elio by sneaking a taste with his finger while in the book, he completely devours the peach while maintaining intense eye-contact with Elio. There's also a scene the film omitted involving an intimate moment where Oliver massages a bowel movement out of Elio.

In the film, Amy's parents praise their daughter's extraordinary achievements and fear for her safety when she goes missing. The book reveals Amy feels like a burden to her parents, especially her mother who suffered several miscarriages before her daughter's birth. Despite her attempts at perfection, Amy's life is overshadowed by thoughts of the untapped potential her siblings, all given the name "Hope," could have achieved without her.

As if the film doesn't already delve into some pretty nasty territory, the book "Trainspotting" features a disturbing scene in which Renton shags his deceased brother's heavily pregnant wife and begins to wonder if the baby is also joining in on the action. His mind then drifts to the realization that his lack of personal hygiene has left his lower half smelling rather ripe and looking a bit… strange.

Following a father and son's struggle to survive in a post-apocalyptic wasteland, "The Road" paints an extremely bleak vision of society's downfall. One particularly dark scene the film spared audiences from watching is the duo stumbling upon a campsite where being roasted on an open fire is the charred, headless corpse of a small infant. Talk about the end of humanity as we know it!

As if creating a theme park featuring carnivorous creatures wasn't already problematic enough, the book version of "Jurassic Park" features a graphic scene where founder Dr. Hammond is slowly eaten alive by a group of procompsognathus. Coming to the realization that the island poses a threat, the Costa Rican government napalms the entire place while all of the surviving main characters conveniently watch from the safety of a helicopter.

Stanley Kubrick took many liberties when he made a film adaptation of Stephen King's novel "The Shining." While an axe-wielding Jack Nicholson is nightmare-inducing as is, the original version of the character had him attack his own face with a roque mallet. The disturbing scene is described in gory detail and leaves Danny's father completely unrecognizable once the deed is finished.

Thankfully this disturbing scene from Stephen King's "It" was removed from both film adaptations. In the book, the Losers Club slowly begins to bicker amongst themselves, driving the friends father apart. In a desperate attempt to unite the team, Beverly offers herself sexually to the boys and they each take turns. King goes on to give a detailed account of the limited "pleasure" the 11-year old girl receives from the ordeal.

We're gonna need a bigger boat to contain all this drama! The film adaptation of "Jaws" conveniently did away with the affair between Brody's wife Ellen and Hooper. Housewife of the corrupt police chief, Ellen longs to relive her glory days as a high-society rich girl and seeks sexual solace from Hooper who vaguely reminds her of one of her past lovers. Hooper is punished by being devoured alive and Brody feigns ignorance that his marriage has fallen apart.

While "The Godfather" was dedicated to exposing the dirty secrets of a New York crime family, there's one character's story that was left to sleep with the fishes. Lucy Mancini's devastation over the death of Sonny is because he's the only man who can sexually satisfy her- the reason being due to her large "womanhood." She later gets her lower region surgically corrected by a doctor who volunteers to "try it out personally" after the procedure.

Just when you thought "Forrest Gump" was about a man's inspirational and influential journey to find happiness, it turns out our humble hero had plenty to be proud of. In the book, Forrest is very "well-endowed" and experiences quite the sexual awakening with Jenny. Beginning with some dirty-talk, Jenny shows her simple-minded stud various positions to wrap his mind and body around.

'The Pursuit of Happyness'

In the movie adaptation of "The Pursuit of Happyness," the plot centers around a man seeking a better life for himself and his young son. The book couldn't be farther from the wholesome depiction the film presents of the relationship between son and stepfather. Chris Gardner actively fantasizes about murdering his abusive guardian, even going so far as to precisely plot out a scheme involving an "accidental" death by refrigerator.

Heavily sanitizing its source material, the entire film plot of "Slumdog Millionaire" fails to accurately portray the harsh reality presented in the book. While the movie has Jamal going on a game show to earn money to start a better life, the book reveals his intentions are much more sinister. Seeking revenge against the show's host for abusing his girlfriend, Jamal threatens to shoot him if he doesn't reveal the correct answer to the winning trivia question. Clearly the belief that "it's not cheating if you don't get caught" wasn't inspirational enough for the film's writers.

Breathtaking CGI special effects weren't enough when it came to watering down the more graphic scenes featured in the book version of "Life of Pi." Trapped on a boat with a tiger, orangutan, hyena, and zebra, Pi witnesses the true meaning of "the circle of life." First the hyena gets knee-deep in the zebra's insides as it devours the poor thing alive before ripping the orangutan's head clean off. At one point, Pi is forced to eat the orangutan's "droppings" as a means of survival.

In "A Dance with Dragons," George R.R Martin graphically describes the aftermath Daenerys' escape from the Meereen. After being rescued by Drogon who then refuses to obey her commands, Daenerys is left to fend for herself. Experiencing possible food-poisoning, she gets a massive and painful case of "the runs." Exhausted from the ordeal, she falls asleep only to wake up covered in blood having suffered a miscarriage overnight.

One of the most noticeable differences between the book and television adaptations of "The Handmaid's Tale" is that Gilead is much more diverse. In the book, "the descendants of Ham" are separated from the white community and are believed to have either been killed or enslaved. Showrunner Bruce Miller sought to present a more relatable society by included POC actors and having June's friend Moira's open homosexuality be accepted rather than shunned.

The way the show handles Jane's rape is very different from how it's treated in the book. While the television adaptation emphasizes the violence and fear surrounding the trauma, the book focuses on the psychological effects. Jane's attacker not only physically assaulted her, but verbally abused her voluptuous figure. This leads her to eventually develop an eating disorder that leaves her sickly thin and deathly pale.

Not shy about depicting graphic gore, "The Walking Dead" has created numerous controversial episodes. However, much of what the show features is tame compared to its comic book origins. Michonne's violent rape by the Governor pales in comparison to her revenge which includes ripping off his nails, severing his limbs and blow-torching the open wounds, scooping out his eye with a spoon, and nailing his "member" to a board.