Where Are They Now? The Cast of “Jessie”

Holly Adler
Where Are They Now? The Cast of “Jessie” November 25, 2019Leave a comment 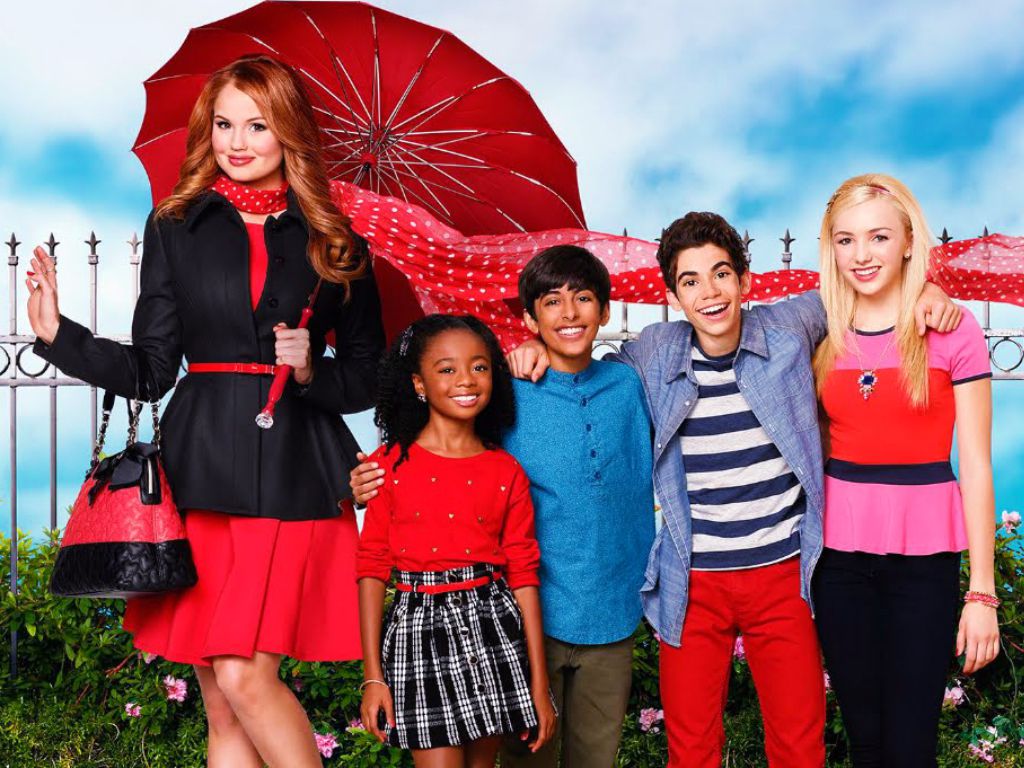 "Jessie" aired on Disney Channel from 2011 to 2015. The show followed Jessie, played by Debbie Ryan, as she moved from a small town to New York City. She takes a job as a nanny for a family of four who live in the world's most expensive penthouse on the Upper-West Side. Many young actors got their breakout roles on the show, but where are they now?

After "Jessie" ended in 2015, Debby went on to star in several movies and TV series. In 2017, she starred as the leading character in "Rip Tide," and the following year she appeared in "Life of the Party." She currently stars as Patricia "Patty" Bladell in the Netflix series "Insatiable." In December of last year, she got engaged to her boyfriend, Josh Dun, from the band Twenty One Pilots.

Peyton List starred as Emma Ross on "Jessie." Emma is the eldest of the Ross children and the only biological child of Morgan and Christina. Before starring on "Jessie," Peyton made cameos on the soap operas "As the World Turns" and "All My Children." She had her break-out role as Greg's love interest, Holly Hills, in "Diary of a Wimpy Kid: Rodrick Rules."

Before "Jessie" ended in 2015, Peyton reprised her role as Emma on a spin-off series called "Bunk'd." In 2018, she starred in the Hulu series "Light as a Feather." Now she has a reoccurring role as Tory on the Youtube series "Cobra Kai." Peyton has continued her modeling career and even ventured into the music industry, releasing a single "Liar, Liar" in 2018.

Cameron Boyce made his acting debut in the Panic! at the Disco music video "Mirrors." He went on to have cameos on "Good Luck Charlie" and "General Hospital: Night Shift." He also appeared in "Grown Ups" as Adam Sandler's spoiled son. In 2011, he was cast as Luke on "Jessie." Luke is the second oldest of the Ross children, who's mischievous and sarcastic.

Cameron's background in dance (he was trained in breakdancing, hip-hop, jazz, modern dance, tap and ballet) ultimately led him to be cast in the "Descendants" franchise. He played Carlos, the son of Cruella de Vil, in all three films. Unfortunately, on July 6, 2019, Cameron died in his sleep due to complications from epilepsy.

Karan began his acting career at the age of 11 when he was cast as Chirag Gupta in "Dairy of a Wimpy Kid." He went on to reprise his role in the next two films of the franchise. However, in 2011, he landed the role of Ravi Ross on "Jessie." The adopted 10-year-old from India loved spending time with his pet lizard, Mr. Kipling.

When Disney Channel announced that they were doing a spin-off series of "Jessie" called "Bunk'd," Karan found out that he would reprise his role of Ravi. In 2015, he also starred in the Disney Channel movie, "Invisible Sister." He is scheduled to appear in the 2020 film "Hubie Halloween" alongside Adam Sandler and Maya Rudolph.

Skai began her career in the industry by modeling for companies like Coca-Cola. She made her film debut in "Liberty Kid" before doing voice-over work on the Nickelodeon series "Bubble Guppies." In 2011, she landed the role of Zuri Ross on "Jessie." Zuri is the youngest of the Ross children; she's a quick-witted and intelligent girl who was adopted from Uganda.

Skai also starred in the spin-off series, "Bunk'd" alongside Peyton List and Karan Brar. Skai has continued to act, lending her voice to Glory Grant on the "Marvel Uprising" series. Earlier this year, she appeared in Lil Nas X music video for "Panini." Skai also wrote a book called "Reach for the Skai: How to Inspire, Empower, and Clapback" that was released in October.

Kevin is an accomplished actor both on stage and onscreen. He appeared in the Broadway productions "Seussical" as Horton and "The Addams Family" as Uncle Fester. He also appeared in the movies "Road to Perdition" and "In & Out" before being cast on "Jessie." On "Jessie," Kevin played Bertram, the grouchy butler of the Ross family.

In 2013, Kevin appeared in the Disney Channel Original Movie, "Teen Beach Movie" as Dr. Fusion. After "Jessie" ended, he made appearances on Netflix series such as "Grace and Frankie" and "A Series of Unfortunate Events." More recently, he has begun doing voice-over work. He lent his voice to characters in "The Emoji Movie" and "Wonder Park."

Chris Galya played the character of Tony Chiccolini on "Jessie." He was the doorman of the apartment building in which the Ross family resided. He and Jessie dated for a short period, but eventually broke up. Before appearing on "Jessie," Chris appeared in an independent film called, "Momma's Man."

After his time on "Jessie," Chris went on to star on the TV series, "Acting Dead," as the character Hunter Lee. In 2017, he starred in the action film "Dead Trigger" and the short-lived TV series called "The Boonies." Recently, Chris has been spending a lot of time traveling around the world.

Carolyn Hennesy played Rhonda Chesterfield on "Jessie. Rhonda was incredibly rude to every character except Bertram, because she loved him. She served as a member on the board of directors for the Ross family's apartment building. Before "Jessie," Carolyn appeared on countless shows like "That 70's Show," "Reba," "Dawson's Creek" and "General Hospital."

In November of 2016, Carolyn appeared in the Netflix series "Gilmore Girls: A Year in the Life." That same year, she also appeared in the Amazon series "The Bay" as Karen Blackwell. She is also an accomplished writer of children's books. Carolyn is an animal rights activist and was named an American Humane Association celebrity ambassador.

Christina Moore played Christina Ross, the former supermodel mom, on "Jessie." Moore began her career at a young age, starting in musical theatre in Chicago. In 2002, she joined the cast of "MADtv." A few years later, she played Laurie Forman on "That 70's Show." She also played Tracy on the CW's "90210."

Christina has remained busy since "Jessie" ended back in 2015. She starred as April on "Last Man Standing" and as Mandy Heiser on the TNT series "Claws." She has a few movies coming out next year, both written by her husband John Ducey, titled "Roped" and "Wheels of Fortune." Christina has also ventured into the world of writing and producing.

Josie, formerly known as J. J. Totah, played Stuart Wooten, the boy who had a crush on Zuri. Josie began her acting career in 2012, just one year before landing the role of Stuart on "Jessie." In 2013, Josie was also cast in the leading role of Michael Lovette on the ABC series "Back in the Game."

Post-"Jessie," Josie has appeared on "Glee" as Myron Muskovitz, the youngest member of the New Directions. In 2018, Josie publically came out as transgender in a TIME article. She is an LGBTQ+ activist and has been recognized by the Human Rights Campaign. She also has a movie called "Good People" coming out soon that was directed by Lee Daniels.

Pierson is an accomplished actor, model, writer and producer. At the age of 13 he founded his own production company called Pierced Productions. He made his acting debut on the Nickelodeon show "iCarly" as the character of Todd. In 2014, he landed the role of Brooks on "Jessie." Brooks is Jessie's boyfriend, and later fiancé, though things don't end on the best of terms.

Pierson continued his acting career after "Jessie." He starred in "Naomi and Ely's No Kiss List" opposite Victoria Justice in 2015. That same year, he was cast on "The Bold and the Beautiful" taking over the role of Thomas Forrester. He has two movies coming out next year titled "It's Time" and "Reboot Camp."

Jennifer Veal made her West End debut at age 11 in "Chitty Chitty Bang Bang." A few years later, she landed the role of Lucy on the Disney Channel UK's "As the Bell Rings." The show was so popular that she was eventually cast in the reoccurring roles of the twins Agatha and Angela on "Jessie." Agatha was a rude British nanny, while Angela wanted to steal Jessie's job.

Since appearing on "Jessie," Jennifer started a Youtube channel focusing on comedy and her personal life. She has done voice-over work on the TV series "Rapunzel's Tangled Adventure" and "Descendants: Wicked World." She also starred on the Pop TV series "This Just In" as Abby.

In 2012, Charles landed the role of Deacon Claybourne on the TV series "Nashville." Charles is an accomplished musician and songwriter, and he also contributed to the show's soundtrack. He has released many singles over the years and is currently touring the country with his music. He is also filming a TV series called "Outer Banks" to be released next year.