Where Are They Now? The Cast of “Switched at Birth”

Holly Adler
Where Are They Now? The Cast of “Switched at Birth” January 29, 2020Leave a comment 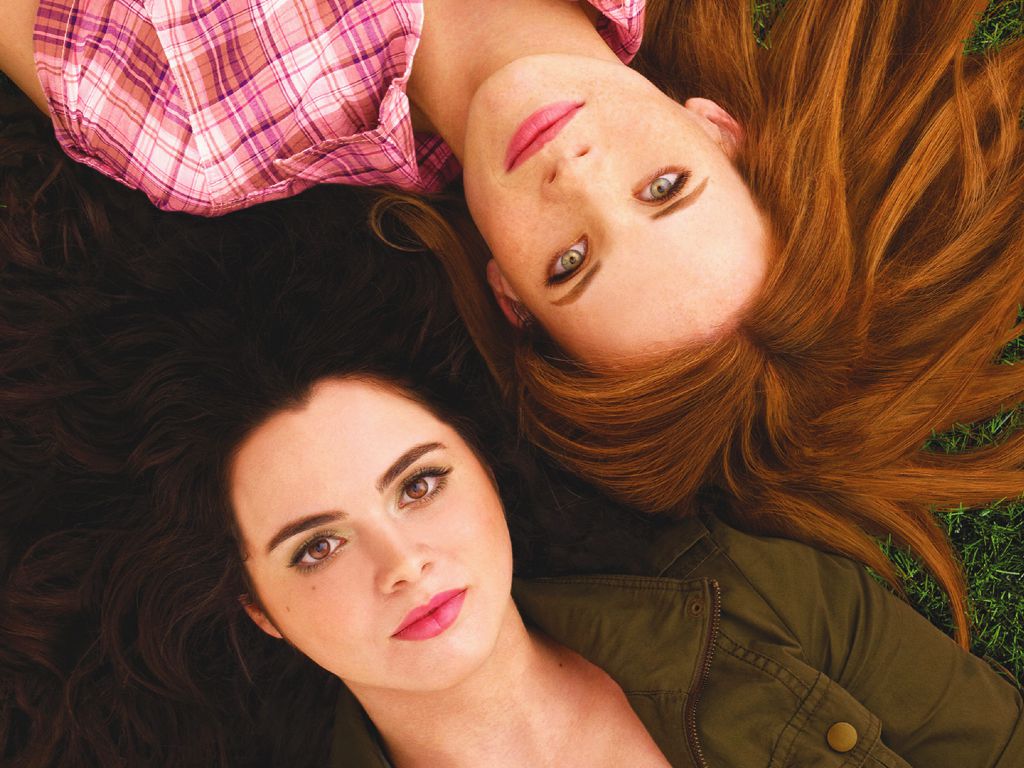 The TV series "Switched at Birth" aired on the Freeform network from 2011 to 2017. The show ended abruptly after 5 seasons. During its run, the show was groundbreaking in that it was one of the first mainstream shows that represented the deaf community and even had deaf actors in the cast. So, what happened to the cast of the show, and where are they now?

Constance Marie began her career when David Bowie's choreographer hired her to dance for the singer's Glass Spider Tour in 1987. Since then, she has made herself a household name, appearing as Marcela Quintanilla, Selena's mother, in the film "Selena," as well as Angie Lopez on the sitcom "George Lopez." Constance later appeared on the Freeform series "Switched at Birth" as Regina Vasquez.

After "Switched at Birth," Constance appeared on the TV-mini series "Law & Order True Crime" as Marta Cano, the Amazon series "Undone," and the Netflix series "Alexa & Katie." Since 2016, Constance has lent her voice to the character Doña Paloma on the Disney Junior series "Elena of Avalor." Recently, she appeared in the Hallmark movie "Winter in Vail."

D.W. Moffett studied political science at Stanford University, but after finding himself in Chicago, he began a career in acting. He has appeared on TV series such as "As the World Turns" as Dr. Peter Chapin, "For Your Love" as Dean Winston, and "Friday Night Lights" as Joe McCoy. A few years later, he appeared as John Kennish on "Switched at Birth."

Besides continuing his work as an actor, D.W. Moffett ventured into the world of directing; he even directed a few episodes of "Switched at Birth." However, since the show ended, he has played Cornelius Rhodes on "Chicago Med" and Bob Cordine on the short-lived TV series "The First" with Sean Penn.

Lea began dancing ballet professionally by the age of 14. However, she switched careers after Mikhail Baryshnikov told her that she did not have the right body for ballet. Her first movie role was in "Jaws 3-D." She went on to appear in "Red Dawn," but it wasn't until she landed the role of Lorraine in the "Back to the Future" trilogy that she became a household name.

After Lea Thompson appeared as Kathryn Kennish on the Freeform series "Switched at Birth," she starred in the film "Literally, Right Before Aaron" with Cobie Smulders. In 2018, she played Maree in "Little Women," alongside "Switched at Birth" co-star Lucas Grabeel. Her film "Dinner in America" is currently being showcased at the Sundance Film Festival.

Lucas Grabeel starred as Tony Kennish on all five seasons of "Switched at Birth." However, most people recognize Lucas as Ryan Evans, the brother of Sharpay from the "High School Musical" series. He also appeared as Ethan the Warlock in "Halloweentown High" and "Return to Halloweentown," as well as Connor Kent and Lex Luthor on "Smallville."

Besides being an actor, Lucas is a director, writer, singer and producer. Since "Switched at Birth" ended, Lucas has done a lot of voice-over work. He has lent his voice to characters on "Pinky Malinky," "Elena of Avalor" and "Family Guy." Also, he recently had a cameo on the Disney Plus series "High School Musical: The Musical: The Series."

Vanessa Marano appeared on many TV shows before spending six years of her life playing Bay Kennish on "Switched at Birth." She played Hanna Malone, Jack's oldest daughter on "Without a Trace," Valeria's stepdaughter Franchesca on "The Comeback," Rebecca Mitchell on "Dexter," and April Nardini on "Gilmore Girls."

Vanessa has kept herself very busy since "Switched at Birth" ended in 2017. She made a cameo on the TV series "Silicon Valley." She starred in the film "Saving Zoë" opposite her sister, Laura (known from her role as Ally on the Disney Channel series "Austin & Ally"). And she recently served as a guest judge on "Chopped Junior." Currently, she is starring as Nancy Graves on the Snap Original series "The Dead Girls Detective Agency."

Katie started acting when she was in the 7th grade, starring in a production of "Annie." At 17 years old, she learned American Sign Language, shortly before being diagnosed with Ménière's disease, which can lead to hearing loss. Her first big cameo was in 2005 on the TV series "Veronica Mars." In 2011, Katie joined the cast of "Switched at Birth" playing Daphne Vasquez.

After her time on "Switched at Birth," Katie Leclerc appeared on the short-lived TV series "Confess" as the main character Auburn Reed. She has since appeared in the Lifetime TV movies "A Bride's Revenge," "Psycho In-Law," and "Christmas a la Mode." Katie recently wrapped filming on "The Ones" and "Mesmerized."

Sean Berdy starred as Emmett Bledsoe on "Switched at Birth." He was born deaf, but he can also speak English and from a young age, Sean loved entertaining people. His first film role was Sammy in "The Sandlot 2." He went on to star in the films "The Legend of the Mountain Man" and "The Deaf Family."

Sean took a hiatus from acting after "Switched at Birth" ended. However, Sean currently stars in the Netflix series "The Society" as Sam Eliot. His character on "The Society" is deaf and gay, which makes him incredibly important in representing both the deaf and LGBTQ+ communities. The first season is already streaming, but season two will be released later this year.

Max Adler had cameos on "Ghost Whisperer" and "Cold Case" before he landed his breakout role as the school jock and bully, Dave Karofsky on "Glee." In 2014, Max landed the role of Miles 'Tank' Conroy on "Switched at Birth. Tank was Bay's boyfriend, however they eventually broke up, and things got very complicated between them.

After finishing his time on "Switched at Birth," Max appeared on "The Young and the Restless" as Jesse Smith. He also had cameos on "Shameless," "Mom," "Famous in Love" and "9-1-1." He currently plays Jimmy on the TV series "FraXtur." Later this year, Max will appear in "Hot Water" and "The Trial of the Chicago 7" with Eddie Redmayne.

Marlee Matlin is a well-known actress who won the Oscar for Best Actress in 1987 for her first film, "Children of a Lesser God." To date, she is the only deaf actor to win an Oscar. She has since appeared on countless TV shows such as "The West Wing," "Desperate Housewives," and "ER." On "Switched at Birth," she played Melody Bledsoe, the mother of Emmett.

In more recent years, Marlee has appeared on "Quantico" as Jocelyn Turner and "The Magicians" as Harriet. She has several movies coming out soon, including "Silent Voice," "Coda," and "Run." Marlee has written several books and helped developed an app to assist in teaching sign language. When not working, she is an advocate for the rights of deaf people and the fight against HIV/AIDS.

Ryan Lane was born in Fullerton, California and at two weeks old, he was diagnosed with congenital nerve deafness. In 2007, he made his acting debut in a documentary short called "I See The Crowd Roar: The Story of William Dummy Hoy" as William Hoy. He had a cameo on "House" before he appeared on "Switched at Birth" as Travis Barnes.

Ryan appeared in a few shorts since the ending of "Switched at Birth" in 2017. He is incredibly active and when he isn't acting, he spends a lot of his time hiking, snowboarding or swimming. He also spends his free time at Dogs for the Deaf, an organization that is dedicated to training dogs to become assistance animals to the deaf or hard of hearing.

Gilles made his onscreen debut in 2004 as a lawyer on an episode of "The O.C." He went on to appear on "Criminal Minds," "Ugly Betty," "Modern Family" and "Brothers & Sisters." You may even remember him for playing the character of Dante in the film "Sex and the City." And, in 2011, he played Angelo Sorrento, Regina's husband, on "Switched at Birth."

Gilles continues to awe us with his talent, having appeared on seasons 8 and 15 of "Dancing With The Stars." He had a reoccurring role on "Two Broke Girls," appeared as Sebastien Dussault on "Devious Maids," played Sebastien Valet on "Teen Wolf," and had roles on the soap operas "The Bold and the Beautiful" and "Days of Our Lives."

B. K. also appeared on "Sin City Saints" as Melissa Stanton during her time on "Switched at Birth." When both shows ended, she had cameos on "How To Get Away With Murder" and "The Politician." B.K. dedicates her free time to Camp Ānuenue, of which she is the director. The camp is a weeklong camping retreat for kids who have or had cancer.

Ivonne Coll is an accomplished actress, director and producer. In 1967, she was Miss Puerto Rico. Her acting debut was as Yolanda in "The Godfather: Part II." She went on to star on "The Bold and the Beautiful," "Nip/Tuck," "Six Feet Under" and "Heroes." On the TV series "Switched at Birth," she played Adriana Vasquez, the mother of Regina.

Ivonne remained very busy after "Switched at Birth" ended. She has solidified herself as a household name by landing the role of Alba Villanueva on the CW series "Jane the Virgin." She also appeared on "Teen Wolf" as Araya Calavera. Last year, she appeared in the film "Counterpunch" alongside Danny Trejo.