Where Are They Now? The Cast of “The Fosters”

Kelly McInerney
Where Are They Now? The Cast of “The Fosters” February 4, 2020Leave a comment 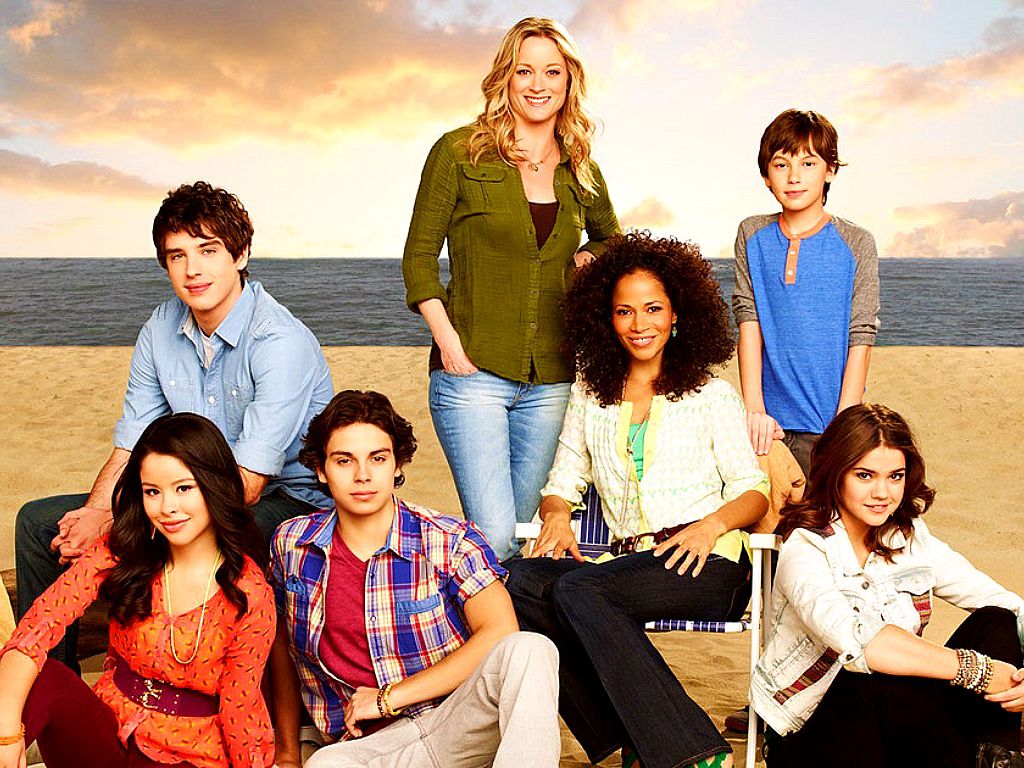 "The Fosters" was a Freeform show that premiered in 2013 and lasted five seasons. It told the story of a relatively unconventional family called the Fosters. The Foster's parents are a lesbian couple who raised one biological child and four adopted children. It was a dramatic family show at it's best and raised quite a fan base while it was on the air. The show even had a spinoff that is currently airing called "Good Trouble."

Teri Polo played Stef, one of the mom's on "The Fosters." Polo had been acting for quite some time in hit films like the "Meet the Parents" franchise alongside Ben Stiller. She already had a pretty successful television career too in shows like "The West Wing" and "Man Up!"

Since "The Fosters" ended, Polo reprised the role of Stef for the spinoff show "Good Trouble" and appeared in some episodes of the show. She has also been on the show "The Bravest Knight" and has made an appearance on "Curb Your Enthusiasm" this year. She also has several movies in the pipeline.

Hayden Byerly played Jude, one of the adopted children of Stef and Lena on "The Fosters." He appeared on another successful family drama called "Parenthood" from 2012 - 2014 as Micah Watson and then started his role on "The Fosters" in 2013.

Byerly has also reprised the role of Jude for the spinoff series "Good Trouble." He is also attached to the television series "The 11th Commandment" which is currently in pre-production, as well as the movie "Growing Up Gorman." Aside from that, he has been keeping a relatively low profile acting-wise.

Sherri Saum played the other mom, Lena, on "The Fosters." Before "The Fosters," Saum had a relatively successful television career already, appearing in soap operas like "One Life to Live" and hit dramas like "Rescue Me," "In Treatment" and "Gossip Girl."

Since the show ended, Saum has continued to act primarily on television. She has also reprised the role of Lena for "Good Trouble" as well as appearing on the hit superhero show "Marvel: Agents of Shield." Currently, she is playing the role of Ellie Whedon on the show "Locke and Key."

David Lambert played Brandon Foster on "The Fosters" who was the only Foster that was a biological child of one of the mothers (Stef Adams Foster had Brandon during a previous marriage). Before "The Fosters," Lambert had a recurring role on the show "Aaron Stone" and appeared in one-off episodes of shows like "Longmire" and "Psych."

Since "The Fosters" ended, Lambert has also reprised his role of Brandon on the spinoff "Good Trouble." According to sources, he has a role in the 2020 film "Black Widow," but aside from that he has been keeping quite a low profile.

Maia Mitchell played Callie, one of the most recently adopted children of "The Fosters." Before joining the Freeform show, Mitchell had a pretty successful television career. She appeared on shows like "Castaway," "Trapped," and "Mortified" from 2006 - 2011.

Mitchell is yet another cast member from "The Fosters" to reprise her role in "Good Trouble." She is actually one of the main characters of the spinoff show. She has also voiced a role in "The Lion Guard" and will appear in the upcoming movie "Whisper," which she's currently filming.

Cierra Ramirez played Mariana on "The Fosters," but before her role on the FreeForm show she already had a budding television career. She played a recurring role on "The Secret Life of an American Teenager" which was also a FreeForm show. She also had a role on "The Suite Life of Zack and Cody."

Since "The Fosters" ended, she also reprised her role of Mariana on "Good Trouble." Ramirez is also one of the main characters on "Good Trouble" as the show follows the two sisters making their way in Los Angeles. She also voices the role of American Chavez in the "Marvel Rising" series.

Danny Nucci played Mike Foster on "The Fosters" who was Stef's ex-husband and current partner on the police force. Nucci had a pretty successful acting career since the 1980's. He also had roles on a variety of successful shows like "Castle" and "Just Shoot Me."

Since "The Fosters" ended Nucci has not reprised the role of Mike Foster yet on "Good Trouble" but he has played another cop in the successful show "9-1-1." He will also be appearing in the movie "Stoker Hills" which is currently in post-production.

Amanda Leighton played Emma Kurtzman on "The Fosters" who was Jesus's girlfriend and then ex-girlfriend. Leighton already had quite the career before the show, although she was only 21 when she started on "The Fosters." She had previously appeared on "Make It or Break It" and "The Young and The Restless."

Since the show ended in 2018, Leighton has continued to work but primarily has been doing quite the bit of voiceover work. She has voiced roles on the television show "Trolls: The Beat Goes On!" and "Amphibia." Leighton has also appeared in the hit show "This Is Us" as teenage Sophie.

Noah Centineo played Jesus on "The Fosters" who was also an adopted son of Stef and Lena Foster. Before getting the role on "The Fosters" he had some small roles on young adult shows like "Austin and Ally," "Shake It Up," and "Jessie" but playing Jesus was definitely his breakout role.

Since "The Fosters" ended, Centineo has had quite the budding career, especially in hit young adult shows and movies. He reprised the role of Jesus in "Good Trouble" and he also played the prime love interest in the Netflix movie "To All the Boys I've Loved Before" and he will continue his role in its next two sequels. He also played a fun role in the remake of "Charlie's Angels" that came out last year.

Jake T. Austin played the younger version of Jesus on "The Fosters" on the first two seasons. Before getting the role of Jesus he had roles on "Wizards of Waverly Place" and when he was younger, he voiced Diego in "Go, Diego! Go!" and "Dora the Explorer."

Since leaving "The Fosters," Austin has played roles in a handful of shows and movies, mostly doing voiceover in projects like "The Emoji Movie" and "Justice League Action." According to his Instagram, he has been modeling too, specifically for Fashion Nova for men.

Jordan Rodrigues played Mat Tan on "The Fosters," who was one of Brandon's friends and band mates on the show. He appeared in several shows before getting the role on "The Fosters" including "Camp," "Dance Academy," and "Better Men." He also played a role in the independent, critically acclaimed film "Lady Bird."

Since "The Fosters" ended, Rodrigues has appeared on the Hulu limited series "Light as a Feather" and the show "LA's Finest." He is also voicing the role of Lui Kang in the movie "Mortal Kombat Legends: Scorpions Revenge" which was recently announced.

Alexandra Barreto played Ana Gutierrez Foster, who was biological mom of Jesus and Mariana on "The Fosters." Before getting the role of Ana on the show, she had been acting since 2000, playing roles in movies and shows like "The District," "Pepper Dennis," and "Parenthood."

Since the show ended in 2018, Barreto has taken a role on the show "Mayans M.C." for the 2019 season and has had a role on an episode of "The Romanoffs," but aside from that she hasn't been acting much. She also doesn't have much of a social media life either, but hopefully she'll appear on our TV screens again soon.

Since the series ended back in 2018, he has had roles in one-off episodes of "Blue Bloods" and "Yappie." He is also going to appear in the short "My Megan," which was recently completed and the movie "Run Hide Fight," which is currently in post-production.