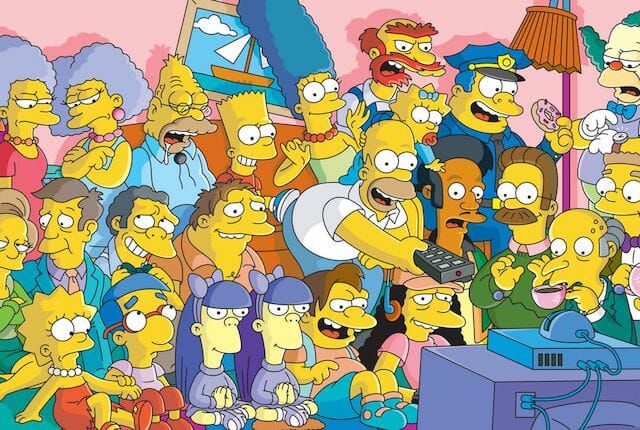 Let’s get real. Hollywood isn’t exactly brimming with new and original ideas. And in a world ruled by successful remakes and reboots, studios are champing at the bit to recycle material. But television is no different than film. Because when a TV series finds success with audiences, it becomes the perfect jumping off point for a spinoff. But sometimes, the spinoff outshines its parent. And people forget it was a spinoff in the first place. So here are a bunch of classic TV series you never knew were spinoffs.

Lucille Ball and Desi Arnaz are best known for the on-screen comedic portrayal of their off-screen romance, but more than that, they helped create some of the greatest shows in history. One of those is Rod Serling’s “The Twilight Zone,” which started as an episode on the anthology series “Desilu Playhouse.” Lucy gave us the greatest sci-fi series of all time. Think about that.

If you were to try and name an actor who could carry a TV series during the ‘80s, Johnny Depp would probably make the top of your list. Richard Grieco, who’s likely best known for 1998’s “A Night at the Roxbury,” would not. Regardless, he was the star of a “21 Jump Street” spinoff series, thereby cementing his place in history as the poor man’s Depp.

“NCIS” is that show your parents have been tuning into religiously every Tuesday night for the last 15 years, probably because it’s incredibly formulaic and easily digestible, and that Mark Harmon is just so darn dreamy. But it actually came from “JAG,” another long-running formulaic Navy show, starring another mom-approved dream boat named David James Elliott. Really, it’s moms who are keeping CBS afloat.

Okay, so if you’re an actual “Dr. Who” fan, “Torchwood” is a pretty obvious spinoff series. But for those of us who don’t actually self-identify as Whovians, the news that “Dr. Who” generated an entirely separate series (and not just an entirely new Doctor) might come as something of a surprise. Especially considering the lack of evil angel statues here.

“Millennium” was the result of taking that one really good episode of “The X-Files” and trying to turn it into its own separate thing. Lance Henriksen is cool and all, and being able to see through the eyes of serial killers is even cooler, but sometimes it’s best to just keep the world of “The X-Files” in “The X-Files.” Still down for a fifth “Pumpkinhead” movie, though.

How in the hell did a series about an eccentric alien from a planet called Ork come out of a series about regular teenagers in the Midwest? We’re not totally sure, but we’re giving it a pass, because “Mork & Mindy” is to this day one of the funniest things ABC has ever created. Plus, it gifted the TV universe with Robin Williams, for which we will be eternally grateful.

“The Simpsons” (“The Tracey Ullman Show”)

“The Simpsons” is an institution, pure and simple. The idea that Homer, Marge, and the fam came from another series feels like blasphemy, especially when that other series is a live-action one. But here we are, nearly 30 years later, and we have a British sketch artist to thank for it.

“Beavis and Butt-Head” feels like such a wholly original piece of pop culture history that it’s hard to believe the series was actually born from something larger. But it was, and that something larger was a show called “Liquid Television” on MTV. Keep in mind, kids, MTV used to produce original content that wasn’t centered on drunk idiots hooking up with each other in Cancun.

So we’re not exactly sure how “Melrose Place” is an actual spinoff of “Beverly Hills, 90210,” seeing as how the only thing they really have in common is their setting. But sure, Los Angeles is a crazy city where crazy people congregate. And literally every crazy person has made a trip to Melrose Place during its seven-year run, so there ya go.

“The Game” never really felt much like a spinoff because it actually began its run on a completely separate network from its predecessor. And while the show’s main character shared a familial tie with that of the series “Girlfriends,” it never seemed to really fit in with the universe otherwise. Not that we’re complaining — the more drama we can get across networks, the better.

Along the same lines as “Liquid Television” (although assumably geared toward a slightly younger audience), “The What a Cartoon! Show” gave creative power to indie artists and animators. Makes sense, because something like “Family Guy” could never have come from an established network panel. Unless said panel was really into dick jokes, we guess.

“The Honeymooners” (“Cavalcade of Stars”)

To the moon! “The Honeymooners” is the epitome of classic television, and even if you aren’t familiar with the ins and outs of the show itself, its famous catchphrase is one that every TV fanatic knows. So when you think of Ralph Kramden and his wife, Alice, just remember that without Jackie Gleeson’s 1949 sketch comedy, they would never have existed.

“Good Times” is the “Inception” of spinoffs, being a spinoff of “Maude,” which in itself was a spinoff of “All in the Family.” Apparently, original ideas were few and far between in the ‘70s, so we had to watch stuff that was all related to other stuff in one way or another. At least “Good Times” was worth it, being one of CBS’ most highly rated comedies of the time.

If you think about it, Steve Urkel and Balki Bartokomous should most definitely exist in the same universe. So, of course, they actually do. Maybe they’re the real cousins in this crazy TV world, and Larry Appleton was just some unfortunate misunderstanding? We’d buy it.

If we’re judging shows based on popularity of their characters alone, it would make more sense for “That’s So Raven” to have been a spinoff of “Hannah Montana.” But no. Miley would not be what she is without Raven-Symoné. Of course, there is also the possibility that every Disney show exists in the same world, like some weird, tween Tarantinoverse.

Contrary to popular belief, “The Tonight Show,” which debuted in 1954, was not the birth of late night television. That honor belongs to “Broadway Open House,” which ran on NBC from 1950-1951 with surprisingly little success. At least it paved the way for Johnny Carson, who we can all agree is the forever indisputable king of late night.

Before “Sesame Street” taught us how to count and the true value of cookies, Jim Henson and his wife Jane Nebel created “Sam and Friends,” a live-action/puppet series that mostly took on lip-synching to popular songs. While we love a good singalong, we do have to say the modern spinoff is a vast improvement. Mostly because we really f—ing love cookies.

You know what doesn’t make sense? That a show about a group of would-be designers trying to make it to Fashion Week could come from something Ben Affleck and Matt Damon produced. But here we are, tuning into “Project Runway” every Thursday, not at all thinking about its roots with the “Good Will Hunting” duo. Why they’ve never been judges is the real question, though.

“Good Morning Miss Bliss” was basically just “Saved by the Bell,” but with a middle school teacher as its main character. So, you know, boring AF. It only lasted a single season before producers figured out the real draw for pre-teen audiences: Zack Morris. And we are forever grateful.