The Most Completely Insane Moments from “Riverdale” (So Far)

Jen Arbues
The Most Completely Insane Moments from “Riverdale” (So Far) November 28, 2017 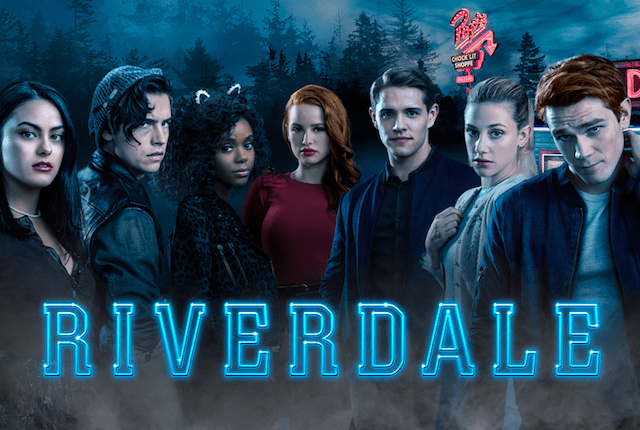 There are a number of TV shows that tend to be super polarizing with audiences. People either love or hate them. Riverdale is certainly one of those shows. The CW adaptation of the Archie comics brings with it an edgier vibe and darker tone, along with its fair share of absolutely WTF moments. True, it’s only been on the air for a season and half(ish). But it already has fans watching it the way a dog watches a human make dog sounds. As in, what the actual hell is happening in this writers’ room? Here are the most insane Riverdale moments so far.

When Archie had that affair with Ms. Grundy

This first season revelation wound up being mostly ignored by Archie’s friend group, we guess because they thought it was cool that a 15-year-old would be hooking up with a 25-year-old hot AF teacher, but really? He can’t even drive a car yet and he’s driving… something else? No. Just no.

When Alice discovers the truth but instead of going to the authorities, she blackmails Grundy to leave town

Because Riverdale is a town where parents are experts in manipulation and not at all in actual parenting.

It’s hard not to feel sorry for Jughead. He lives in an abandoned drive-in, not because of his affinity for classic film (although there is that), but because his dad is too busy doing lowlife things with his lowlife cohorts. At least he’s got his computer and that book he’s working on, right?

Chuck’s a real piece of shit, and so is every other guy at Riverdale High who thought it’d be cool to rate and review the girls at the school in a burn book sorta way.

Everything about Dark Betty

What is the deal with Dark Betty? It’d be one thing for her to just have a dark side to that perfect schoolgirl persona, but she may legit have split personalities, and we are not entirely sure the “Riverdale” writers are prepared to tackle that heavy of a mental disorder.

When Hermione forged Veronica’s signature on a contract

Again, parents doing everything they possibly can outside of being actual parents in Riverdale.

When the Blossoms bribed Archie to hang out with Cheryl

Can we just all agree that the adults in this town are the absolute worst? We’d expect a high schooler to take a great bribe at the cost of flirting with a hot (albeit insane) classmate, but we’re just a little disappointed that a middle-aged couple would be the ones to offer.

What is this, 1955? Having a child out of wedlock isn’t exactly news. Actually, it’s more like entertainment. Looking at you, MTV.

When Polly found out she and Jason are actually related

When they dropped that maple syrup bombshell

Of course there’s a drug ring happening in Riverdale that’s being supplied by the wealthiest family. Who needs maple syrup when you can dust some Colombian marching powder on your waffles instead?

This is a funeral service, and Cheryl pops in like some goddam bride-to-be. She steals the show while simultaneously raising a few eyebrows…

Literally everything about Cheryl’s relationship with her brother

…because what in the hell is actually going on between her and her dead bro? We don’t want to spread any rumors here, but Cheryl was 100 percent doing Jason.

When Clifford Blossom murdered his own son

Clifford killed Jason to keep his drug ring under wraps. He chose drugs over his own son (and heir apparent). Remember that whole Riverdale parents being ultra-shitty thing? Clifford takes the cake.

When Cheryl lit her house on fire with her mother inside

Honestly, Cheryl is one seriously badass bitch, and we kinda love her for burning down her family estate in response to everything she had to deal with throughout the first season. Therapy? Cheryl has lit candles.

When Archie made that stupid Red Circle video

Archie and his desperate need for retaliation. We’re not here to judge, but uploading a video of a bunch of shirtless dudes in red hoods has kind of a different connotation than we think Archie was really going for here.

And then he pulled a gun on the Southside Serpents

Maybe this was supposed to be a statement on guns and their ease of availability, but it felt more like a desperate attempt to create tension in a kind of lackluster storyline. We should have been on the edge of our seats. Instead, we rolled our eyes harder than ever before.

When Nick drugged Cheryl in an attempt to rape her

Cheryl’s been a force of nature throughout the entire series, so seeing her in such a vulnerable position was jarring. It also made us want to reach through our TVs and completely throttle Nick.

That the Black Hood is “inspired” by a high school girl

Regardless of whether or not Black Hood turns out to be Betty’s dad, it’s unnerving to imagine some serial killer dedicating his work to a 16-year-old. Is Betty somehow involved herself? Is Dark Betty about to make her return? These are the questions that will continue to keep us watching.