These Memes About Being Tired Are Depressingly Relatable

Danny Dabiri
These Memes About Being Tired Are Depressingly Relatable November 28, 2017 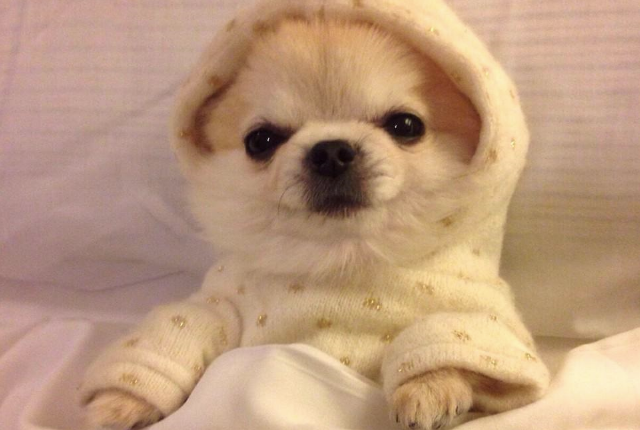 You wake up every single day feeling tired. The first thing you do is check Instagram, Twitter, and Reddit. Because you want to see memes that illustrate your exhaustion. And they, in turn, make you more tired. And then you fall asleep, and the cycle starts all over again. So this gallery is here for you. Because you deserve some rest.

You're Going To Spend A Week In Here Today

This is that point in sleep where you start bargaining with yourself and doing sleep math before you even get home.

That's When You Know You Can Fall Asleep

That's why I have two chargers. #GameChanger.

Margaret Needs To Shut The Hell Up

You are never too young to be tired. In fact, I don't think I ever napped more than the first three years of my life.

My Life, My Rules

Gettin' in that sweet, sweet sleepgasm sooner rather than later is the No. 1 reason to look forward to going home if you're single.

What My Brain Tells Me Every Morning

That's what my heart says every single morning. It wants to know who the hell this monster is that's been waking it up for years.

Arms over the covers, the pillow lying at a perfect angle, and your favorite orange shirt. Perfect way to waste an entire day's worth of youth.

The art of going home early from a party is something you learn in your 30s and it is like making steak. It turns out it's super easy and you should do it all the time.

Hey You've Earned It. Treat Yourself.

Slowly realizing what time it is after texting people, refreshing an empty Facebook, and playing that game you never beat is hard work.

I've done this same thing only woken up to dinner the next day and was surprised when the meal had changed.

Everyone Should Do This. Why Doesn't Everyone Do This.

That one kid between the seats doesn't appreciate the creepshot.

What if naps could last forever and when you woke up it was totally OK to fall back asleep because you could freeze time.

Everyone Knows This Very Careful Procedure

But you can't make any sudden moves. You do one thing to raise your heart rate and you're completely screwed. You gotta tip-toe like you have roommates until you're back in bed, ready to go.

At Least The Bag Of Chips Is Safely Closed

At least she ate something and has two glasses of liquid next to her bed. That's further than most of us get.

The fact is that you don't. Quit your job, quit your life, dump your significant other, sleep forever. It's your only friend. Man's actual best friend.

If you were to roll onto that remote and the channel were to change, the volume were to raise drastically, or the TV were toturn off, then the night would really be over.

"Maybe you'd feel better if you got the hell out of my house and let me sleep."

Better Not Set An Alarm, Just To Be Sure

If you don't set an alarm you're pretty much doing a trustfall into the universe's cold, horrible, atrophed arms.

Some People Are So Healthy They're Unable To Achieve Full Bedgasm

If you eat plenty of carbs, make sure to malnourish yourself throughout the day, and put an inordinate amount of emotional energy into everything including "where your keys are," then you should be able to achieve full bedgasm.

This will be us once Russians take over the U.S. and we're all lying around inside ignoring the gunshots outside, giving our cats their best possible lives.

Listen To Your Body

I mean this person probably looks amazing though.

12 Hours Of Additional Rest Should Do The Trick

Imagine just getting together with your buddies to take naps. It's like Fight Club, only it's Nap Club, and the first rule of Nap Club is that you don't talk during Nap Club.

Maybe It's On Amazon

Whenever you hear a celebrity describe how they've stayed looking this young for so long what they always say is "plenty of water" and I find that offensive. Like I don't drink enough water? That's your assumption? Take a hike, bozo.

Also acceptable for setups: "Wrote one thank you note," or "washed one dish" or "the laundry is in the wash."

Anyone who spends their Saturdays or Sundays like this has earned nothing but their daytime outdoor Instagram photos.

This Dog Is Me After Trying Literally Anything Ever

But remember that you need to go to the bank today, your haircut can't wait another week, and that if you don't get paper products today you'll be a garbage monster. Have fun going outside.

Remember Those Bills? They're Waiting.

You blacked out at that party in college and nobody will tell you what you did, but everyone laughs about it and you'll never know. What if you never wake up? Are you wearing the right clothes in case a nuclear apocalypse comes?

If they all stood up and started walking toward customers looking really sad while reaching out as people screamed all around them it would make a pretty damn viral Zoloft commercial.

Dogs live the lives we want to live while we're at work.