Disney Villains Who Actually Had a Good Point 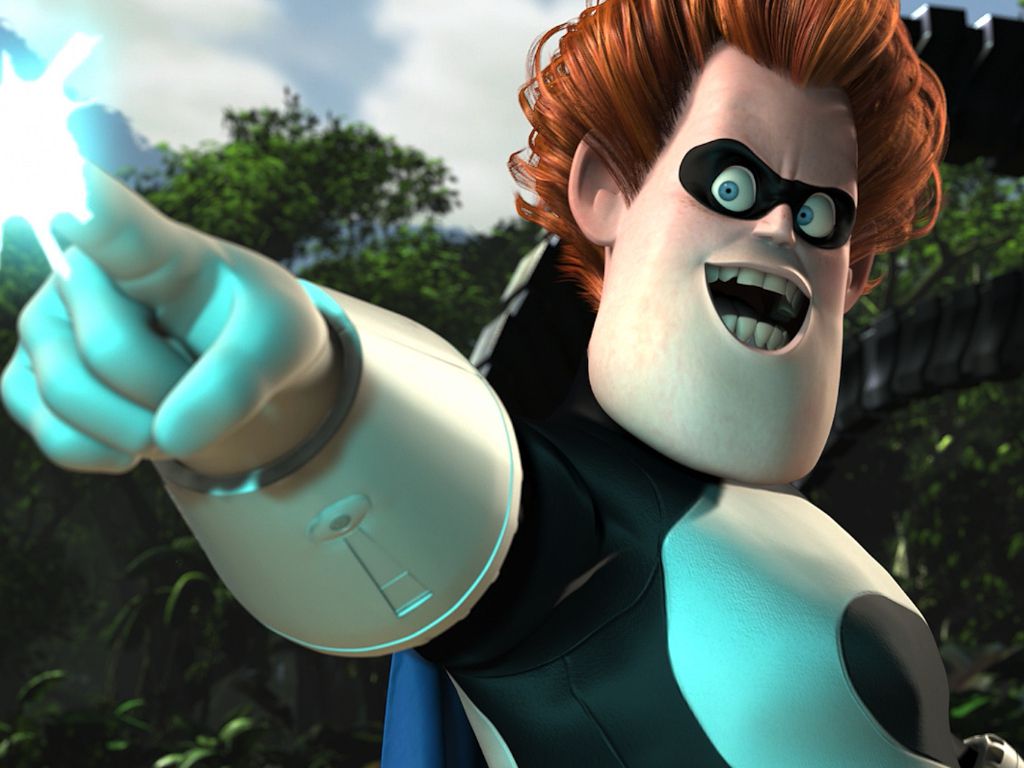 Every villain is the hero of their own story. While it would be a bit much to say that all Disney villains are entirely innocent of crimes, some of them at the very least deserve the benefit of the doubt...

Poor Captain Hook is pretty entitled to hate Peter Pan. After all, Peter cut off his hand and fed it to a crocodile who literally pursues Hook every agonizing second if every day, reminding him of his own mortality and impending death. Hook should be forgiven a little dynamite here and there.

Zeus, king of the gods, assigned every god it their role in Greek mythology. You can understand why Hades would be mad that all the other gods get to live on Mount Olympus, and he’s stuck watching over the underworld for eternity. When Hades makes a deal, he keeps it: Meg gets hurt, and Hercules gets his strength back. When Hercules makes a deal (that he’ll stay in the underworld forever) he immediately breaks it and punches Hades in the face. That’s just not cool.

In fairness to Jafar, his boss, the Sultan, is an idiot who spends all his time playing with toys. With such an incompetent ruler, it makes sense that Agrabah must look to the royal vizier to make all the important decisions, so logically Jafar realizes that he needs more power to actually make all the necessary decisions to rule the kingdom.

The Hyenas from 'The Lion King'

In the ‘Lion King’ circle of life, lions are the rulers and are allowed to eat whatever they want, but hyenas are “slobbering mangy stupid poachers” for wanting equality. They’re not bad guys; their motivation is not wanting to be hungry and not wanting to live inside an active volcano.

Scar from 'The Lion King'

The only proof in “The Lion King” that Scar is a bad leader is that there’s a famine, caused by drought. This isn’t Scar’s fault – instead, it should be blamed on the otherworldly forces that are invested in getting Simba on the throne. Forces, for example, who are watching from the sky, and who can conjure up clouds whenever their son needs a pep talk? Basically, it looks like Mufasa got mad that Scar was in charge and stopped the rains until the moment Simba became king.

Shere Khan from 'The Jungle Book'

Shere Khan wants to kill Mowgli because he’s afraid that having a human in the forest will bring the terrifying destruction of fire. Mowgli then proves Shere Khan right by literally tying his tail to a flaming branch and letting him run through the forest, causing wildfires.

To the toys of “Toy Story,” Sid Phillips is a cruel, vindictive monster who loves to torture his playthings. Sid, though, is completely unaware that his toys are alive, or that they feel pain, and is simply exploring a creative but harmless outlet. Considering that his dad is drunk in front of the TV in the middle of the day, it seems like Sid’s home life isn’t great, and he could be venting his frustration in a much more aggressive manner.

Ursula from 'The Little Mermaid'

Ursula the Sea Witch gives people what they want: a shot at seeing their fondest dreams come true. Yes, this comes at a cost, but so does everything in life. For some of us (including Quasimodo), one day living the dream is worth a lifetime as a monster.

Chef Louis from 'The Little Mermaid'

It’s quite disturbing how Sebastian’s trauma at confronting his greatest fear (being eaten by humans) is played for laughs when he runs afoul of a painful French stereotype in the form of Chef Louis. It’s also unfair that the chef is portrayed as a bad guy, as all he’s doing is cooking dinner. Maybe if King Triton tried to communicate with the land dwellers and explain that fish don’t like to be eaten, the humans could avoid these accidental war crimes.

Prince Hans is everything Arundel needs from a ruler. Where the crown princess has hidden away and shut the kingdom off from its trade partners (and has also frozen the kingdom with weird ice magic), Prince Hans does everything he can to keep the citizens warm and fed during the ensuing national emergency.

Mor’du made a mistake a long time ago, wishing for a witch to give him the strength of ten men. His curse for this simple wish is to roam the land forever as a mad bear. Somehow, Merida deserves the chance to learn the error of her ways, but Mordu deserves to die without a chance at redemption, because Disney is messed up.

Lucifer in “Cinderella” is a cat who likes to catch mice. There’s a reason farms have cats: mice are vermin who eat crops. In trying to catch Jaq and Gus Gus, Lucifer is doing his job on the farm, but we’re supposed to cheer when he gets knocked out a window at the end of the movie.

King Candy (aka Turbo) just wants to live. His great crime in “Wreck-it-Ralph” is game jumping, but as his original game was obsolete and about to be switched off, he can hardly be blamed for trying to find a new home. Sure, deposing Vanellope is harsh, but Turbo only did so because he doesn’t want to die.

So apparently in the “Toy Story” universe, half of all toys that get abandoned by kids end up going insane. All the Prospector (Stinky Pete) wants is to be loved, and to save Woody from being eventually abandoned by Andy (which does happen eventually). Yes, his methods seem harsh, but he’s trying to protect Woody from a hugely traumatic event that still makes all of us cry when we watch the end of “Toy Story 3.”

Yzma from 'The Emperor's New Groove'

Emperor Cuzco is just the worst. He throws an old man out of a window for throwing off his groove! Meanwhile, Yzma is basically running the country, trying to keep everything afloat. She’s justified in being mad when she gets fired for basically no reason.

Syndrome from 'The Incredibles'

Syndrome’s great crime is wanting to give everyone super powers. He has a real talent for inventions, and wants to share them with the world, but “The Incredibles” wants you to believe that equality is bad and that some people are just plain better than others because of their birth. Oof.

The Dog Catcher from 'Lady and the Tramp'

The dog catcher in “Lady and the Tramp” is doing his job. He’s rounding up stray dogs so they don’t bite people or spread disease. For some reason this makes him a villain.

Bruce the Shark from 'Finding Nemo'

Bruce the Shark is really, really trying to be a good guy. He’s fighting a lot of natural instincts, hoping to make fishy friends rather than eating other animals. No, he’s not quite succeeding, but considering that more people are killed by vending machines than sharks each year, and considering humans kill 100 million sharks each year, it’s time to stop vilifying these beautiful marine animals.

Captain Barbosa from 'Pirates of the Caribbean'

Captain Barbosa quickly moves from antagonist to antihero in the “Pirates of the Caribbean” movies, and with good reason – his crime is stealing Aztec gold which was blood money long before he got hold of it. The true villains of the story are the colonialists, such as the red shirts who are trying to hang Jack Sparrow throughout the film.

Charles Muntz from 'Up'

Stripped of his scientific accolades amid accusations of fraud, explorer Charles Muntz sets off into the unknown to capture an exotic bird specimen at Paradise Falls. Yes, he stays there a long time and goes a bit loopy with old age, but all he wanted was to prove that Kevin the Snipe really exists (which she does, by the way). Muntz should have shown the world his doggy language translator – it’s a far more useful and impressive achievement.

First things first: kidnapping a child is not justified behavior. But trying to keep a magic flower for herself and not sharing it with the king and queen? Mother Gothel’s early behavior in “Tangled” is totally understandable – especially considering that her use of the magic flower is sustainable, while the king and queen kill the flower so nobody but their daughter can ever benefit from it again.

AUTO in “WALL-E” is following orders, and those orders are to keep humans safe from harm. The audience knows that Earth is still a garbage dump, but after EVE finds one single living plant, AUTO becomes the bad guy for not letting the stupid human babies kill themselves on a toxic planet. Only right at the end of the movie do we learn that Earth is actually habitable again, as otherwise, everyone would die within two weeks of arriving back home.

What’s the big difference between most human beings in the Western world, and Cruella de Vil? The only real difference is that Cruella isn’t afraid to source her own animal skin for her clothes. Anyone wearing leather shoes while condemning Cruella de Vil is a hypocrite. Although dognapping is also a pretty bad thing to do.

The Wolf from 'The Sword in the Stone'

The closest thing “The Sword in the Stone” has to a recurring villain is a mangy, hungry wolf who tries to eat Arthur at various times, while he’s in various different forms. Apparently wanting to eat is a crime in the Disney universe.

One of the most memorable songs from the “Winnie the Pooh” animations instructs the audience to beware of Heffalumps and Woozles, terrible bogeymen who’ll come in all shapes and sizes to gobble up your honey. This is all nonsense, as Pooh Bear is imagining things, and “Pooh's Heffalump Movie” proves that sometimes, monsters are simply misunderstood.