Tom Bridegroom
Future Predictions From “Back to the Future” We’re Still Waiting For November 21, 2017 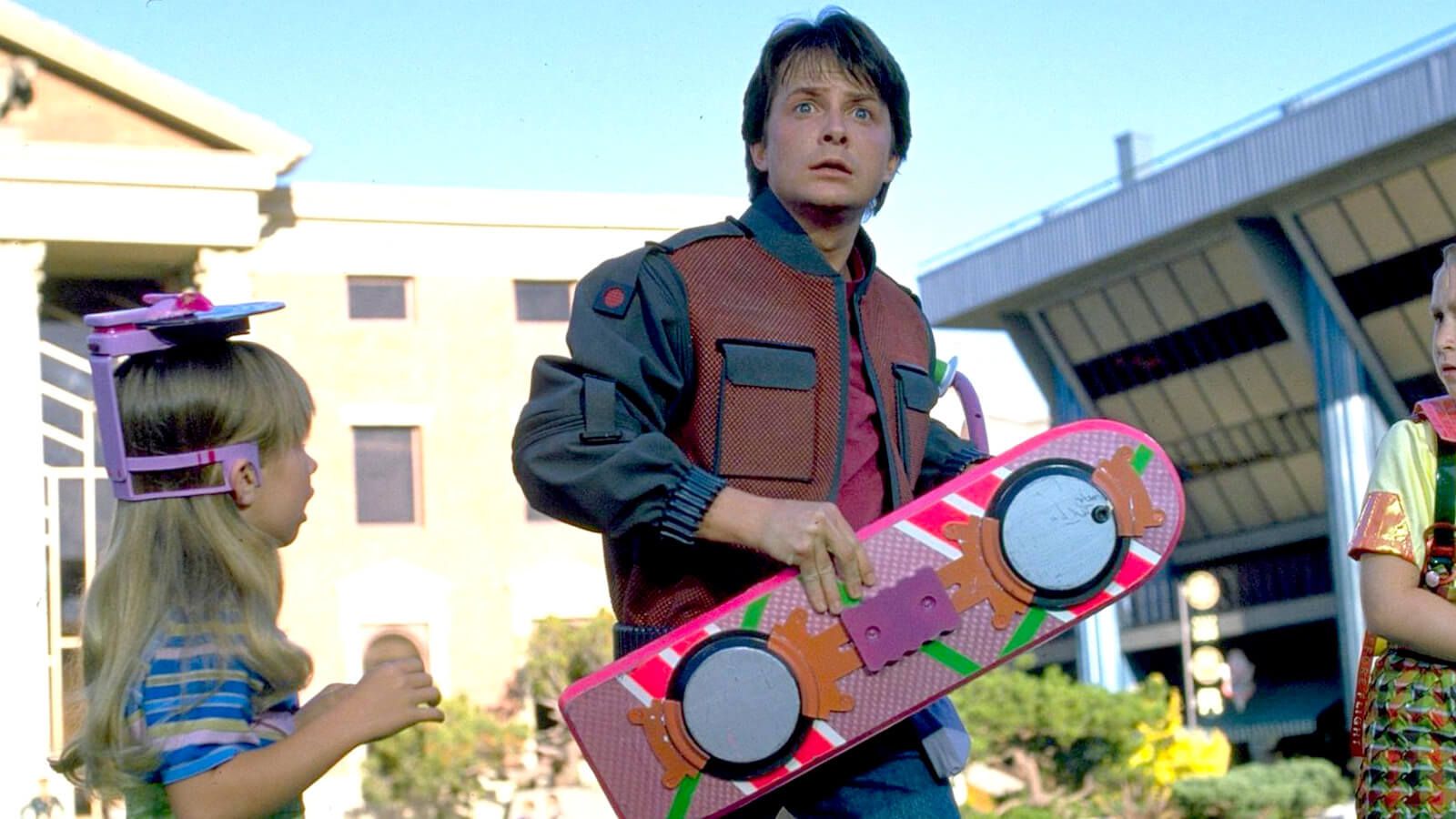 Be honest: who among us hasn't dreamed of gliding over the pavement - NOT THE WATER - on an actual, real-life floating hoverboard? Of all the Back to the Future predictions, some stand out more than others, but it's safe to say that as time has caught up, the real world has let us down. The fantasy age of Back to the Future II's 2015 may be two years behind us, but we're still waiting to live the shiny, airborne, egalitarian life it promised us.

In all the hoverboard hulaballoo, no one seems to be paying attention to whatever technology they use to make George McFly's floating chiropractic treatment. Sure, it's good for your back, but if you wear it right-side-up, isn't it kind of... a jet pack? I'll take one therapeutic jet pack, please.

The really obnoxious thing is that there are versions of Mr. Fusion (although thankfully not nuclear ones) that have been invented all around the world. But we're years away from their being a household item, thanks to the fossil fuel industry. Thanks, late capitalism.

A Fax In Every Room

Sometimes I'm in the bathroom and I just need the crucial information that can only be conveyed by the hard copy of a printed facsimilie appearing at hand. Seriously, let's make this happen. Imagine all the fax memes. Not to mention the fuxing. (That's sexting via fax.)

And don't even mention Google Glass, the least cool invention of all time. No, what I want is a phone/virtual reality machine/television I can wear on my face and look badass while doing so. The tech industry still hasn't figured out how to mesh function with fashion, and until they do, we're SOL.

With every convenience and luxury available in BTTF's 2015, there's no doubt that America has continued to spread and celebrate and profit from the joys of capitalism. Recession? What recession? If Marty weren't so damn chicken, he could easily get a better job.

Jackets That Still Fit Even When You're Carrying Holiday Weight

Feeling bloated? Dreading the arrival of winter when you have to shove your chubby arms into that impossibly constrictive old coat? This jacket may be ugly as sin, but at least it's never gonna fat-shame you.

The Litter Bug makes cleaning up easy and fun. Need to throw something away? Here ya go, buddy. Sure, we have Roombas, but it's not like they talk to you or anything.

Man, what a dream this is. DiGiorno can screw the hell off; I want a pizza that magically inflates after three seconds of mysterious bubbling and comes out looking cartoonishly perfect. And I want it right now.

As scary as Griff's arsenal of sidecar hoverboards and jacked-up bats is, I'd take him and his gang on any day if I could be sure that those mentally unhinged cretins didn't have easy access to AR-15s. Alas, the future has let me down once again.

A Gold-Tipped Cane That Won't Foil Your Evil Plan

Technically, BTTF II made no such promises when it came to foolproof canes for the discerning evil old man. But I believe it can and should be accomplished.

Those two-wheeled abberations from our IRL 2015 are not hoverboards. They don't hover. This is a hoverboard, a board that hovers. ACCEPT NO IMITATIONS.

Don't know how much we're "waiting" for this as much as dreading it. No one wants to FaceTime with you, Irene!

Yes, the jacket is what has the blowdryer in it. But tell me this: How do Marty's jeans get dry? Are his socks dry too? Does the jacket dry out his Calvin-clad buttcheeks? My magic future jacket had better give full-body service or else what are we even doing here, guys?

Remember when Doc uses a flashy thing to knock Jennifer out and erase her memory and then they leave her leaning on a dumpster? Yeah... Never mind about this one.

The fact that flying cars haven't happened yet and probably never will is a harbinger of humanity's inevitable failure and downfall.

Man, look at how green and nicely kept up everything is. Look at all the people riding bicycles and walking and breathing the sweet, sweet air. For all those flying cars, there sure doesn't seem to be any pollution. Oh, right! They run on nuclear trash fusion.

Sure, they'll talk shit about you and the terrible neighborhood you live in. But I've yet to encounter a pair of cops who I'd trust to get me home safely without even drawing a firearm.

If there's anything that feels possible (and necessary) for our modern world, it's a source of living produce in your own kitchen. Think of all the farmer's markets you'd avoid. Assume it's all robotically maintained, though, because that thing looks like a bitch to water.

A Free And Functional Press

Man, oh, man. Look at this newspaper, reporting all the facts to its millions of readers. And with a print edition, no less. Just trustworthy reporting with no hint of "fake news" or "a gruesomely dying industry" to be found.