Spoiled Kids Complaining About Their Amazing Christmas Presents On Twitter 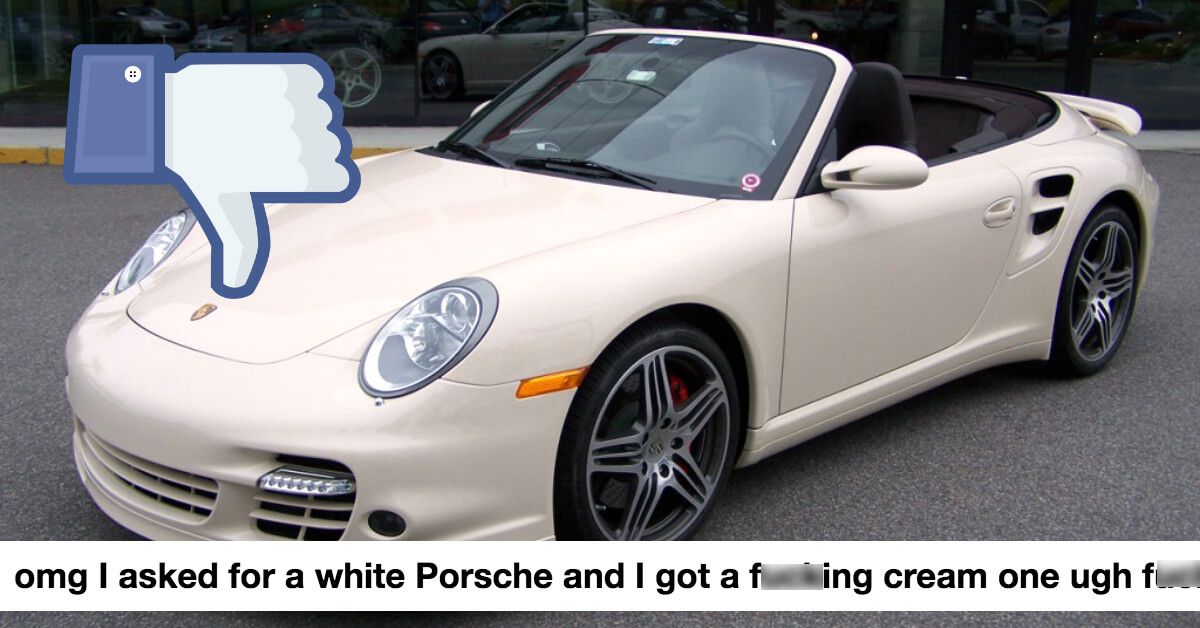 Spoiled kids complaining about Christmas presents on Twitter is a fine display of some of the worst people on the planet. Sure it's easy to criticize kids like this and say that some kids don't even get presents, and hell, some kids don't even have parents, but let's say that everyone has all the privilege that these kids enjoy.  These are the worst instances of spoiled teens denouncing their amazing Christmas presents on social media (so far). These will most likely raise your blood pressure, so take any medications you need to accordingly.

This is so much rage to put into a Tweet on Christmas.

When Your Parents Are Giving You Hints On Your Fashion Choices

It's always the worst when the people who love you more than anything else in the world get you something you can actually use.

The Specificity Of What She Wants Is Incredible

Car commercials are really throwing people who buy cars for people under the bus.

Listen, this little dweeb doesn't need a damn electric drum set. That's not even what they're called. They're called "electronic" drum sets. What a dweeb.

The Pro is a better computer than the white one. Ugh.

The 5c Was The Smaller iPhone At The Time

"Poor cavemen." Like not just cavemen, but cavemen who have no cave probably. And very few pelts.

The Jealous Sister Just Lookin On

She's staring so incredulously at her sister opening what is really just a book.

Not Only Is He An Ingrate, But He Likes Astrology

You will use a computer 10 times more than you will a car if you're that age.

Sometimes the crushing disappointment of not getting exactly what they want hits kids like a ton of bricks. Christmas is where kids go to learn some of life's hardest lessons.

With Kids It's Quantity Sometimes

I saw a bunch of tweets of kids complaining that they didn't get "that much" when parents opt to get them one or two big-ticket items. Hard lesson to learn about kids though: Lots of presents is more valuable than even the big ones.

Cream Is So Different Than White

To be fair, she's just putting in as much attention to detail as Patrick Bateman does with his business cards.

Another Kid Wants A White iPhone

Bernard really, really wants a white iPhone, but at least he has like seven giant bottles of Bombay Sapphire to keep him warm.

He can't even spell "iPhone."

I mean I cry constantly because I don't have a car, but not because someone didn't give me a car.

The only person on the entire planet Earth.

But they still do all that for you. It doesn't erase that it's for you. This is next level.

Why does everyone want a white iPhone? It kind of shows how petulant and petty the kids are being because the only reason people want white things is because they seem "newer" since black came out first.

Not "or," but "and." This would be the worst suicide note ever.

The most unforgivable offense that an adult can commit on a minor is gifting them a regular iPad like some kind of goddamn animal.

I Mean, I'll Take It