The Coolest ‘Game of Thrones’ Side Characters You Barely Even Saw

Jen Arbues
The Coolest ‘Game of Thrones’ Side Characters You Barely Even Saw April 27, 2018 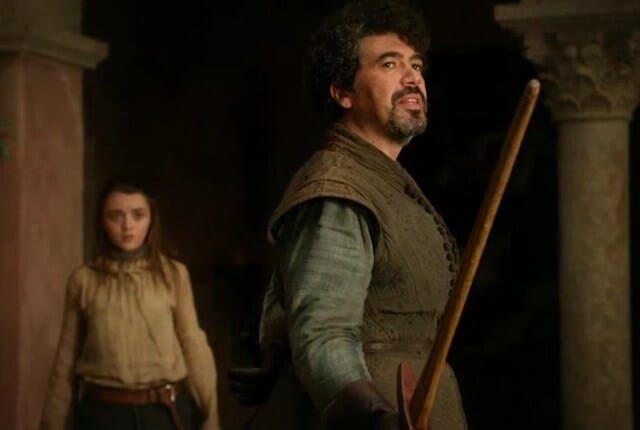 Any "Game of Thrones" fan can name the main characters like Jon Snow, Ned Stark, Lannister and Khaleesi. But there are lots of other awesome characters who've graced our screens only a few times...

HBO has announced its plan for a "Game of Thrones" prequel series. We’re sure we're not alone in our impatient enthusiasm for its premiere. And we’ve got a lot of questions about it. But, more than anything, we’re hoping it'll give us the Blackfish in his heyday. We already know the guy’s a Westerosi legend. We need more.

If we’ve learned anything from "Game of Thrones," it’s this: To live as a wildling may be the best life in the Seven Kingdoms. But to die badly as a wildling seems inevitable. Osha was fiery, spirited and protective as hell of the Stark boys by the end. But the end still came, and we’re still mourning her.

Oberyn, we hardly knew ye. A ladies man he was. A warrior? Debatable. Oberyn Martell may have enjoyed a reputation as a fighter. After all, he wasn’t called the Red Viper of Dorne for nothing. But there wasn’t a whole lot he could do to save his own life once Gregor "The Mountain That Rides" Clegane aimed to kill him. Especially when his infamous arrogance came into play.

Doreah isn’t your average, everyday bed slave. Trained in the art of pleasure, she offered her Khaleesi personal lessons in being a good wife to Khal Drogo. Her "friendship" with Daenerys was on its way to becoming next-level hot. But that got kind of dicey when you remembered that Daenerys is only 13 in the books. It didn't help when Doreah betrayed Daenerys in the end.

As a representative of the Iron Bank, Tycho Nestoris holds the keys to the entire fortune of Westeros and Essos. If he’s on your side, so's all the power that money can buy. And he’s in the palm of Cersei Lannister’s hand. Which makes her army and her hold on the Seven Kingdoms appear unbeatable.

All the wildlings are badass. But Karsi was both badass and tragic in a 20-minute span. She stood up against the other wildling leaders in favor of following Jon Snow. Then she took up arms against the white walkers in a doomed final stand. She died trying to save her daughters. But worst of all was watching her come back as a wight marching to the Wall.

There are so many "true" kings and heirs and whatnots going around Westeros. You’d think someone would've kept better tabs on Gendry. He is, after all, the only known heir of the late King Robert Baratheon. But after Davos smuggled him to safety at the end of the third season, we had to wait four years for any sign of him. How the hell did we lose track of a guy for four years?

The first few seasons of "Game of Thrones" were not kind to the Starks. Their patriarch lost his head at the hands of a psychopathic teen. A close family friend sacked their ancestral home. But before all that, they lived content lives in the north. And it was much due to the wisdom of Maester Luwin. Part teacher, part doctor, Luwin helped raise and educate the Stark children as if they were his own.

Imagine having the power of both healing and destructive magic at your disposal. And you get to use them on the man responsible for the razing of your home and your appalling abuse while a prisoner. Mirri Maz Duur did some pretty awful things to Khal Drogo and Daenerys. But many believe she was more than a little bit justified in her actions.

Poor Hizdahr zo Loraq. First Daenerys overthrew his home and traditions. Then she ordered the crucifiction of his father. But the kid bounced back. He scored a win for the traditional fighting pits. He landed an engagement to the queen herself. Everything was coming up Hizdahr. At least until the Sons of the Harpy stabbed him to death.

The "multi-talented" Podrick Payne doesn't get enough recognition. He’s squired for both Tyrion Lannister and Brienne of Tarth, and he’s managed to save at least a few asses along the way. He’s also never asked for a thing in return and seems happy to be of loyal service. And by "be of loyal service," we mean with the ladies.

There isn't a "Game of Thrones" character less deserving of their tragic fate than Shireen. Suffering from greyscale was bad enough. But she also had to deal with a total lack of affection from her parents. To the point that they burned her alive as a sacrifice to the Lord of Light in a feeble attempt to win a battle. After all, you can always make more kids. But a throne, that’s forever.

As far as secondary characters go, Orell serves two purposes. For one, he’s a scout for the wildlings. And two, he’s a warg, able to displace his consciousness into an eagle the wildlings use for surveillance. And it’s not like we’ve gotten a whole lot of exposure to wargs. That is, outside of Bran Stark, who’s kind of lost his mind at this point, to be honest.

Grey Worm is both an unstoppable fighting force and a romantic AF boyfriend to Missandei. And he does it all without the equipment that generally marks a man as a man. We wouldn’t mind having Grey Worm in front of our army. And we wouldn't mind having him in the bedroom either. Because life is all about balance.

Missandei has been a low-key force to be reckoned with since we first met her in the third season. For one thing, she seems to know every language in Essos and Westeros. She also gives great advice. And she’s one of those women you know is pulling the strings in her favor, even though you never actually see her doing it.

Is there a darker or more mysterious group of people in Essos and Westeros than the Faceless Men of Braavos? Jaqen H’ghar is something of the de facto leader of the men who steal faces and act as secret assassins. He may or may not also be the absolute coolest guy in the entire series, even if we have no idea what he really looks like.

First Ranger of the Night’s Watch. Brother to Ned Stark. Uncle to Jon Snow. And the guy is living somewhere between human and wight. Benjen has saved the asses of countless Night’s Watch members as well as their wildling allies. And no matter how many times he seems to die, he always comes back. Here’s hoping for one more appearance before the series finale.

We waited five long seasons to see Cersei Lannister get what was coming to her. And Septa Unella delivered. Kind of. Cersei’s walk of shame was one for the books. But Unella's fate at Cersei's and the Mountain's hands later on was gruesome. Yet it was also so satisfying in a morbid and vengeful way.

Arya Stark would not be the complete badass she is were it not for Syrio Forel, her sword-fighting teacher. The master Braavosi "water dancer" was the first to mold Arya into the deadly fighter she'd become. Plus, he instructed her in the proper way to use her sword, Needle (beyond "stick them with the pointy end"). And that’s something you don’t forget.

Speaking of the "Game of Thrones" prequel: If it doesn't focus on the magic part of  Westerosi history? We can't be responsible for the damage we'll do. Maggy the Frog is a huge part of that magic lore we want more of. She's the one responsible for the whole Cersei prophecy, after all. And we need to know what other horrible outcomes she predicted for Westerosi royalty.

With only two still alive, our hearts will actually shatter if another direwolf dies on "Game of Thrones." They're 100 percent the most loyal companions on the show. And we’ve seen them from their sweetest (Lady) to their most feral (Nymeria). If we could have anything from "Game of Thrones" exist in the real world, hands down it would be the direwolves.