Team 10: The Ultimate Guide To Who’s In And Who’s Out Of Jake Paul’s Social Media Dream Team

Bridget Daly
Team 10: The Ultimate Guide To Who’s In And Who’s Out Of Jake Paul’s Social Media Dream Team April 30, 2018 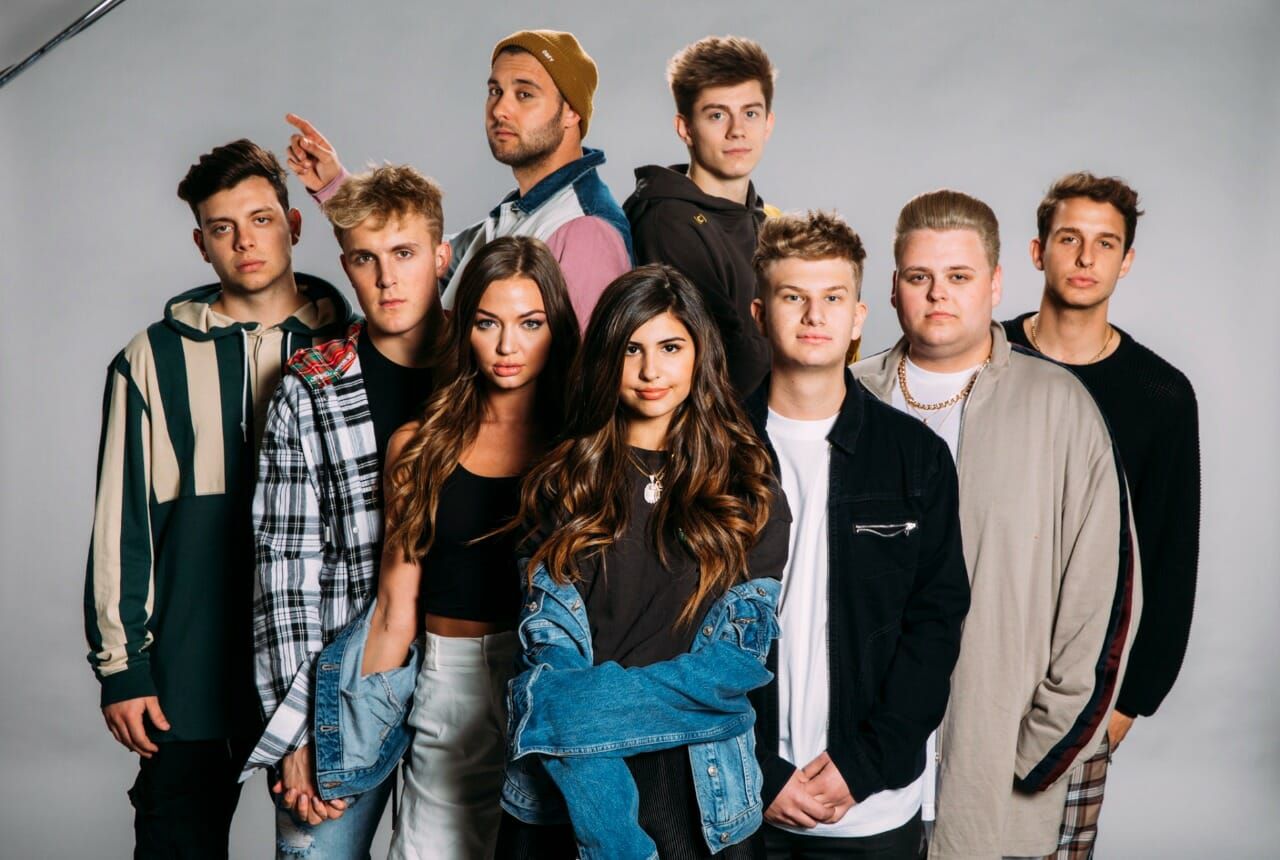 Say what you will about Jake Paul and his content, but he knows how to secure the bag. So to extend his success beyond his millions of subscribers, Paul created his own team of like-minded LA-based online entertainers. And he collected these attractive teens and 20-somethings with fat stacks of ad revenue under one roof. That's how Paul created the first ever, or at least the most famous, social media incubator. But drama, social media beefs and allegations of bullying and verbal abuse have made the roster of Paul's proteges volatile. From Tessa Brooks and Alissa Violet to the Martinez Twins, here's who's in and out of the Team 10 lineup.

Is This The End?

With just 9 members, there's no denying that Team 10 isn't what it used to be. With many of the group's top stars choosing to part ways with Paul as soon as a better opportunity came along, it's only a matter of time before more of the talent follows suit. Additionally, all of Paul's former employees  creating a PR nightmare for the YouTube star with their allegations can't be helping the brand.

Team 10 is a social media incubator and management company run by former Vine star Jake Paul. As much as I hate to shower the "It's Everyday Bro" star with praise, the idea of combining the fandoms of separate YouTube stars into one powerful mega-group is actually a pretty good idea. Turning thousands of dollars worth of ad revenue into millions, Team 10 members also tour the country for meet and greets with their millions of tween fans.

As the creator and founding member, Jake Paul will ride the Team 10 train for as along as it's running. "I know it's a cliche," said Paul while discussing his motivation for starting the incubator. "But like, literally, I want to create an empire of dozens of talent under me, to take my power and multiply it so that I become bigger than myself."

Unlike Alissa Violet or the Martinez Twins, AJ Mitchell still has nothing but love for Jake Paul and his band of merry attention whores. "I'm not with Team 10 anymore but I really do appreciate Team 10 and everything they've done for me," said Mitchell after he split from the group in June 2017. "I love every single person in that group to death, like a family still. And I'll always support them no matter what."

Along with his current roomate and former Team 10 member Tessa Brooks, Tristan Tales did not feel that the group was a good fit moving forward in 2018. "There are always going to be things that you disagree with," said Tales regarding his departure. "Having an opinion and agreeing or disagreeing with something...that is what makes you, YOU."

Along with Chance Sutton and Anthony Trujillo, Kade Speiser linked up with Team 10 in the summer of 2017. A conventionally attractive LA boy, Speiser currently boasts over 1 million subscribers on YouTube. With his growing contribution to Team 10's group content however, I'm certain Speiser's numbers will shoot up in no time, not unlike Costell's.

As a newer member of Team 10, Justin Roberts joined to beef up the ranks while other veteran members were jumping ship in late 2017. Undeterred by the rumors of what really goes on behind closed doors in Paul's social media mansion, Roberts seems to be competely mesmerized by the high-class lifestyle enjoyed by the hired talent within the incubator.

After Jake Paul accused YouTuber FaZe Banks of assaulting his assistant during a night out, Max Beaumont decided that he was done with the fakery and split from the group. After telling his side of the story and branding Paul a liar, Beaumont left Los Angeles and moved to New York where he is currently working on a new business venture.

As the COO of Team 10 and Jake Paul's right hand man, Nick Crompton isn't leaving the empire he helped build anytime soon. "Jake is the king," said Crompton when questioned about the group's leader. "People really don't know him at all and the stuff he does for the people around him, and, like people that he doesn't even know. It's unbelievable.

Initally just a crew member of the Team 10 media machine, Jake Paul chose to bring Erika Costell into the fold in July 2017. Now Paul's official "wife," it's obvious that Costell will do anything for the man that made her famous. "It's a movement. Team 10 is a movement," said Costell, referring to the power and influence of the social media incubator.

Joining Team 10 with his best friend Chance Sutton back in 2017, YouTube star Anthony Trujillo is undoubtedly a ride or die member of the social media incubator. Proving his dedication, Trujillo clutters most of his feed with Team 10 tour, merch and content promotion.

After Chance Sutton linked up with Team 10 alongside fellow YouTube star Anthony Trujillo in April 2017, he quickly became one of the most loyal members of the group. Constantly shouting out the fearless Team 10 leader Jake Paul on his Instagram, it's clear that Sutton has no plans to shoulder the weight of his viral celebrity on his own anytime soon.

After Tessa Brooks announced that she was leaving the old Team 10 house back in October 2017 and refusing to move into the new mansion Paul bought for the crew, fans knew that a big break was in the works. After announcing her official departure in early 2018, Brooks later followed up her bombshell decision with a video explaining her reasons for leaving. While not officially calling out names and "airing dirty laundry", it's clear that Brooks didn't part ways with the group on the best of terms.

As the youngest member of Team 10, six year old Ben Hampton definitely switched up the vibe of the incubator after he joined in early 2018. Obviously not living in the Team 10 house with a gaggle of party-friendly young adults, Hampton still regularly collaborates with other members of the incubator to create PG content on social media.

Alex Lange joined the 2017 mass exodus from the Team 10 family with other viral stars such as AJ Mitchell and the Dobre twins when he announced his departure from the group. According to Lange, the split was not grounded in any messy drama but was instead a result of his own desire to pursue an acting career.

While the Team 10 website initially listed Visser's September 2016 exit from the group as a result of his burgeoning modeling career, it seems that the YouTube star is back in Los Angeles and making videos. Pairing up with Paul's ex and notorious Team 10 enemy Alissa Violet, it seems that Visser's split may not have been as amicable as Paul would have his fans believe.

Unlike the Martinez twins, the Dobre twins (Lucas and Marcas) had nothing bad to say about Paul and his crack team of social media superstars after they left the group. "Marcus and I are not angry at anyone or have any hard feelings towards anyone...That was the best decision emotionally, creatively, and mentally," said Lucas Dobre in a video detailing the reason behind the June 2017 split.

Shortly after Jake Paul recruited Emilio and Ivan Martinez into his social media empire, the duo left in a blaze of bullying allegations back in November 2017. "We used to love you, Jake, and we used to love Team 10," said Ivan Martinez. "I went to sleep scared because I didn't know how I would wake up."

Alissa Violet did not leave the Team 10 house quietly. As Jake Paul's former flame, Violet claimed after her departure that her ex was both physically and verbally abusive to her during their relationship. "I've known [Paul] for like three or four years," said Violet. "You know we've been through a lot of shit. And honestly, he did assault me a few times."