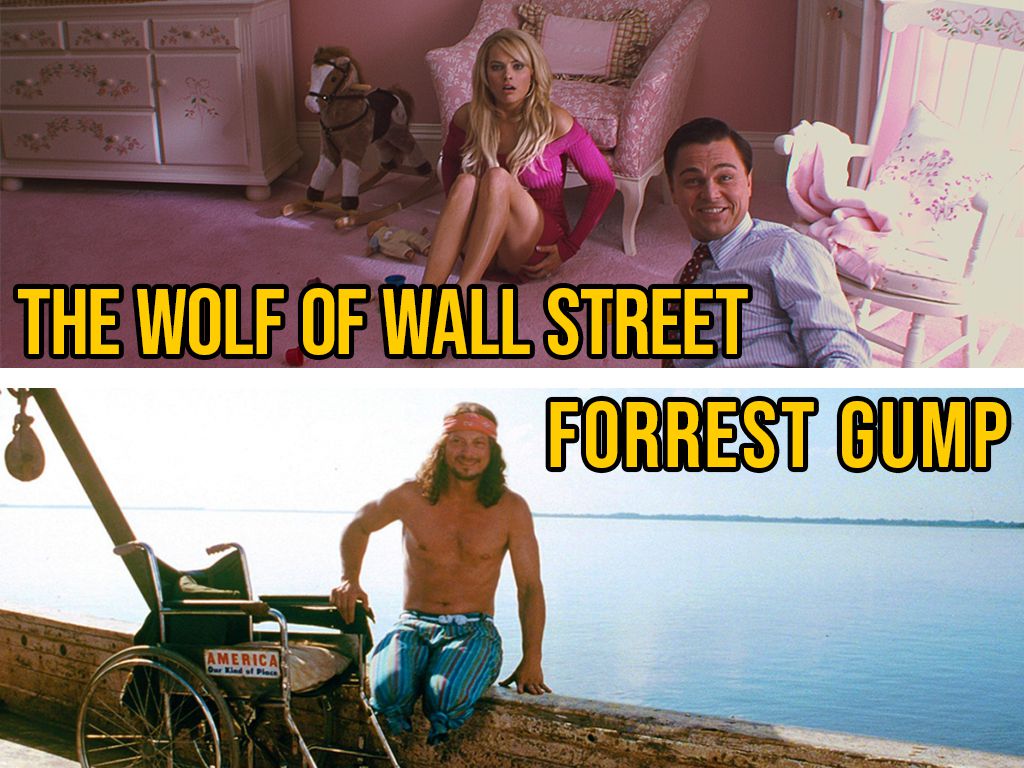 Making a movie isn’t easy. There’s a grueling, painstaking process behind the making of every motion picture that most moviegoers know nothing about. Actors and directors would actually prefer that you stayed in the dark about these facts...

But we have the lowdown on these movie industry secrets, some of which will have you clapping your forehead in disbelief. Do you know why so many movies are shot in the rain or why you never see a movie villain holding an iPhone? These answers and more are below.

Actors Use Their Own Clothes

Sometimes, actors will bring their own clothes from home to work, but they don't always stay in the trailer. Just ask actor Jeff Bridges. A lot of the clothes his character “The Dude” wore in “The Big Lebowski” actually belonged to him.

Product placement is a huge element of filmmaking. Brands are desperate to shove their products wherever possible. But they’re protective of how their products are perceived. Take Apple for example. They refuse to have their iPhones used by villains so people won’t associate their product with bad guys. This is a problem that writer and director Rian Johnson had to deal with while working on his film "Knives Out."

Main Stars and Extras Eat Together

The variety and quality of the food on a movie set depends on the film’s budget, but it's not unlikely to find lobster and steak on the menu. Also, the food is available to the main stars and the extras, and you will often find them eating side by side.

This is How They Fake Amputation

An actor will wear a green sock on a limb whenever they need to film a scene where their character has an amputated arm or leg. Their actual limb then gets deleted using sophisticated editing equipment during post-production.

The weather isn’t always predictable, so if a scene requires rain, water hoses connected to fire hydrants are used to sprinkle actors overhead. Snow is created with plastic or paper. Sometimes, they’ll throw soap products into a machine that will turn it into snowflakes.

Stunt Doubles Don’t Have to Be Perfect Doubles

Besides doing dangerous stunts, stunt doubles will often step in to portray a certain body part for an actor, but they aren’t required to look identical to a performer. In “Titanic,” audiences saw Jack drawing Rose, but the hand didn’t belong to Leonardo DiCaprio. It belonged to James Cameron.

Some Actors Aren’t Really That Tall

Most fans assume that the sound of footsteps, doors creaking and smooching sounds are legit, but they are actually added in post-production. The reason for this is that the studio uses different cameras to shoot a single scene, so it’s nearly impossible to edit the footage and keep the original sound.

Movie Trailers Are Finished Before the Film

Special marketing agencies are responsible for making trailers. In fact, various agencies will compete to complete the best trailer. This entire process can take up to 18 months and it is often times done before the film is even finished.

Producers used to have 2 minutes to catch viewers’ attention with their movie trailers. But thanks to the internet, they now only have 5 seconds. That’s why some of the most jaw-dropping shots are seen at the beginning, and not the middle or end of the trailer.

The directors behind a trailer don’t often watch the actual movie itself. They just piece together all the scenes that will make the most impact to audiences. So, they have no way of knowing if they’re actually spoiling a major plot point while they are making the trailer.

There sure was a lot of fog in the film, “The Mist.” But as you probably predicted by now, the fog was fake. It was created by mixing dry ice and water in order to create the illusion that the world was bombarded by a ton of fog. This is obviously a quicker and easier solution than waiting for a foggy day. You can imagine how long that would take!

Actors Get Digital Makeovers for Films

Actors look absolutely flawless on the big screen, but when they’re out and about, they look a tad “more human.” That’s because the studio uses technology to digitally remove pimples and wrinkles and even make slight alterations to body parts, like making noses smaller.

An Actor’s Face Can Be Added to Another Body

While some actors will go the extra mile to gain weight, muscle mass, or even lose weight, Hollywood can use editing software to add an actor’s face to someone else’s body without requiring an actor to hit the gym. Sometimes, their faces will be digitally edited too, like Arnold Schwarzenegger in “Terminator: Salvation.”

In the TV series, “Homeland,” the show’s creators used digital editing to hide Claire Danes’ pregnancy from audiences. Meanwhile, there are rumors that Margot Robbie’s legs were made to look longer in “The Wolf of Wall Street,” but the film’s creators haven’t confirmed the rumor yet.

Actors are expected to learn their lines, but some A-listers are actually wearing earpieces for their dialogue. In fact, a few years ago, there were reports that Johnny Depp was being fed his lines through an earpiece. Even Robert Downey Jr. admitted to using an earpiece so he wouldn’t waste time learning lines that would inevitably get rewritten.

Steamy scenes are often filmed last so that the actors can become familiar with the co-stars they’ll be getting up close and personal with. Most of these scenes get filmed in closed sets with a minimal "skeleton crew" to make the actors more comfortable.

Studios Lie About the Cost of the Film

It is often suggested that film studios lie about how much a film cost to produce and how much profit they made. This is called Hollywood accounting, where studios cook their proverbial books to suggest that a highly successful movie failed to make money so they can avoid paying taxes or royalties to cast members.

Actor David Prowse, who is best known for playing Darth Vader, was denied royalties for “Star Wars: Return of the Jedi” because the studio claimed they made zero profit on the movie even though the film made a reported $475 million.

Water is Used as a Lighting Prop

Water has been an extremely useful element for studio cinematographers because it has the power to make surfaces more reflective and enhance the lighting of certain scenes. In fact, some night scenes in films like “Terminator 2: Judgment Day” often feature a wet floor to fill the environment with more light by having the water reflect off of it.

Performance Enhancing Drugs Have Been Used

Although actors certainly have access to personal trainers, gyms and the best nutritionists possible, Hollywood has reportedly used performance enhancing drugs to get actors to look bulkier and more muscular in a short amount of time.

Cameras and Phones Are Prohibited on Set

No one is allowed to bring their phone or personal cameras on set during a movie. That’s because producers and directors are afraid that someone will leak their photos or footage online and release spoilers to audiences.

There Are Several Sets of Clothes

Most fans wonder how actors manage to keep stains off of their “work” clothes while on a lunch break. Well, the studio has several sets of clothes for movies in case the original gets dirty. The extra clothes are also used for stunt doubles.

A Change of Clothes Can Cause Continuity Issues

A performer’s clothes will get stored in between shoots so that the actors won’t have to change into a new outfit. While the situation can get stinky after doing action scenes, it’s a necessary evil because if the replaced outfit isn’t identical, it can cause serious continuity issues during shooting.