Where Are They Now? The Cast of “How I Met Your Mother” 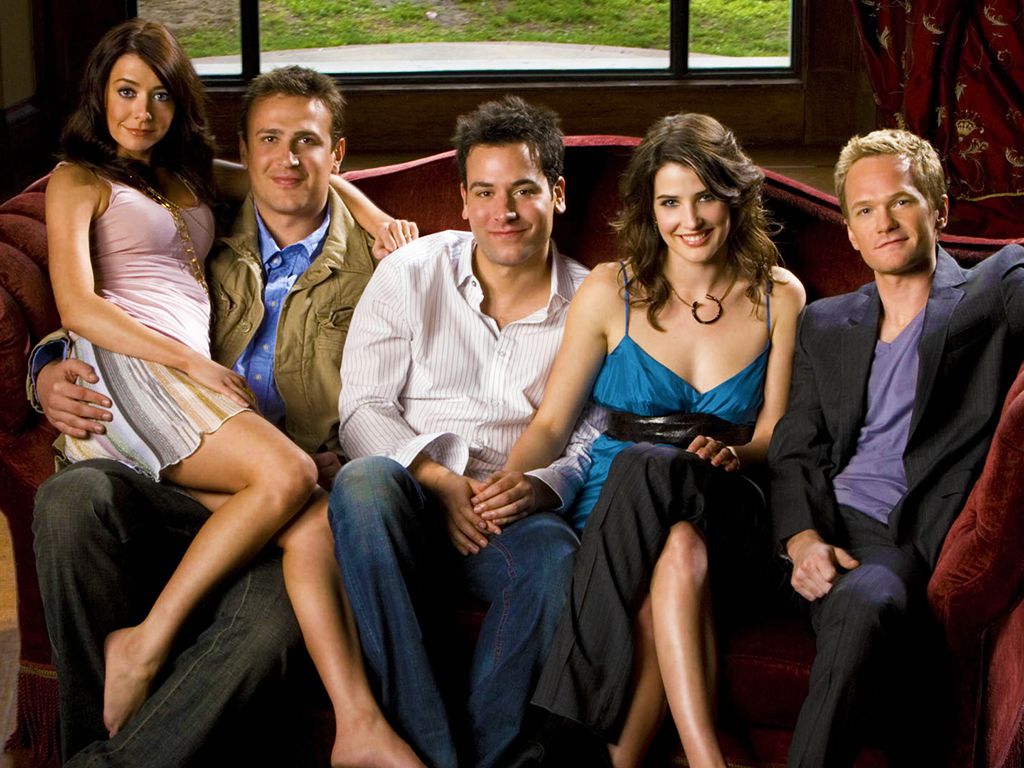 Time really does fly, can you believe "How I Met Your Mother" ended nearly six years ago? It feels like yesterday that the entire world was waiting to see just exactly who the "mother" in the title was and who Ted Mosby would finally end up with.

Much like the kids in the introduction of the show, some of us almost grew up with this show on the air. We haven't seen much of some cast members in nearly a decade and others are still quite the household name, so we decided to check in and see where they are now...

Josh Radnor played Ted Mosby. The show followed him and his quest for love while he got into entertaining hijinks with his pals. Radnor had previously played several characters in a few episodes of procedural shows like "E.R." and "Law and Order," and playing Ted Mosby was his breakout role.

Since the show ended, Radnor has continued to act primarily in television shows. He starred in "Mercy Street" and "Rise," both of which lasted one season and he currently plays Lonny Flash in Amazon's "Hunters." He is also in a band with Ben Lee called Radnor and Lee. Radnor and Lee's sophomore album, "Golden State," should be out later this year.

After "HIMYM" ended, Segel continued to play a part in Hollywood with not only lead roles, but also writing jobs for films like "Forgetting Sarah Marshall" and "The Muppets." He has also been in several movies and currently stars in the television series "Dispatches from Elsewhere."

Cobie Smulders played Robin, who joined the friend crew after an awkward date with Ted and ended up marrying Barney. Before the series started, Smulders was beginning to have quite the promising television actress career, having roles on shows like "The L Word" and "Veritas: The Quest," but Robin on "HIMYM" was her most notable role.

Since the show ended, Smulders ended up marrying "SNL"-alum Taran Killiam. She has a pretty successful television and movie career, appearing for a small but important role in Marvel movies and currently starring in the show "Stumptown."

Alyson Hannigan played Marshall's wife Lilly on the show. Hannigan was one star of this show who was already pretty well known. Hannigan had played Buffy's best friend Willow in the sci-fi series "Buffy the Vampire Slayer" and had a lead role in the "American Pie" movie series.

Since the show ended, Hannigan has continued to act both on the silver and small screens. Since 2011, she has done several voices for the animated show "Robot Chicken." Just last year she appeared as the mom in the television live action movie "Kim Possible" for the Disney Channel and she was just on the show "Outmatched."

Neil Patrick Harris was and probably is one of the most successful former child actors to date. He starred as the title role in "Doogie Howser, MD" as a teen and continued to successfully act on stage and screen since then. He played the Casanova, Barney Stinson, on the show.

Since "How I Met Your Mother" ended, Harris has become a pretty prominent public figure for the LGBTQ community as well as continuing to be an actor, host, philanthropist and magician. He has hosted several award shows like the Tony's and Emmy's. It was just announced that he will be in the "Matrix 4" film which is due out next year.

In the beginning of every episode, future Ted (voiced by Bob Saget) narrates to his son and daughter the story of how he met their mother. David Henrie played the son. Prior to this show he had roles on "The Pitts" and "Method & Red." Henrie landed one of the starring roles on Disney's "Wizards of Waverly Place" in 2007.

Henrie continued to act in "Wizards of Wavery Place" after "HIMYM" ended until "Wizards" ended in 2012. He's also starred in some movies like "Paul Blart: Mall Cop 2." He got married in 2017 and the pair have one child together. He has been pretty focused on his family and has not really been active in Hollywood since 2016.

Lyndsy Fonesca played the daughter role opposing Henrie's son role in the intro to the show. Prior to landing the role of the daughter she already had a budding acting career with a role on the hit soap opera "The Young and the Restless," "Boston Public," and a variety of television movies.

Since the show ended in 2014, Fonseca has continued to act, primarily on television and in some silver screen movies, too. She was on the show "Agent Carter" and had a small role in the movie "Kick Ass!" It was announced that she'll be playing Laura in the "Turner and Hooch" television series which will be out later this year.

Bob Saget played the role of the narrator, who was an older Ted Mosby, on the show. We never saw him, but he narrated every episode. Saget was already a famous TV dad thanks to his role on "Full House." He continued to act as himself in shows like "Entourage" and as characters primarily on television shows, as well as do stand up comedy, before becoming "HIMYM's" narrator.

After the finale, Saget actually reprised his role of Danny Tanner for the Netflix spin-off of "Full House" called "Fuller House." He also still continues to do stand-up comedy and actually played Abe Lincoln in the Netflix stand up series "Historical Roasts," which was released last year.

Milioti ended up playing the infamous "Mother" on the show, aka Tracy, in its final season. Before landing this role she played a few characters in some shows, including a stint on "The Sopranos" as one of Meadow's friends, but this was her breakout role.

Almost immediately after the show ended, Milioti landed one of the starring roles of the show "A to Z" which unfortunately only lasted one season but that did not stop her. Since 2014, Milioti has played pivotal roles in critical darling shows and movies like "Fargo" and "The Wolf of Wall Street." She'll also be in the show "Made for Love" out later this year.

Marshall Manesh played Ranjit the taxi and limo driver that bonded with the main group of friends in the few episodes he appeared in. He was already quite the working actor prior to landing this role, having made appearances in movies like "The Big Lebowski" and other funny sitcoms like "Will and Grace."

After his stint on "How I Met Your Mother," Manesh continued to act in small but scene-stealing roles in several shows like "The Brink," and "Cooper Barrett's Guide to Surviving Life." He will soon be in the films "The Last Conception" and "Playing With Stars," which are both in post-production.

Joe Nieves played Carl the bartender and possible owner of the gang's go-to neighborhood bar MacLaren's Pub. Nieves had been acting in a variety of shows and films since the mid 90's, mostly playing bit roles. He had an arc on "24" and played a character on the short lived "Day Break," but Carl was possibly his most famous role.

Nieves has continued to act since the show ended in 2014. He had a role on the show "Stuck in the Middle" in 2016 for two seasons and was on episodes of "All Rise," "Station 19," and "Blue Bloods" last year. Soon you can see him in the movie "Captain Tsunami's Army," which is currently filming.

Jennifer Morrison played Zoey Pierson, who was Ted Mosby's love interest for a bit in season six. Before getting the guest role on the show, Morrison already had a pretty successful television career thanks to playing one of the leads on the medical drama "House" from 2004 to 2010 and then landing one of the leading roles on "Once Upon a Time" in 2011, the same year she was on "How I Met Your Mother."

Morrison continued to act on "Once Upon A Time" up until the series ended in 2018. Just last year she played a small role in the film "Bombshell" and started a role on the hit drama "This Is Us" as Cassidy Sharp. She is also filming a television movie, "Under the Bridge."

Suzie Plakson played Marshall's mother on the show. She had been acting since the '80s portraying notable roles in shows like "Dinosaurs," "Star Trek: The Next Generation," and "Mad About You." From playing an alien lieutenant to a midwestern mother, she is quite the character actress.

Plakson's last credit is as Marshall's mother Judy on the show. Since "How I Met Your Mother" ended in 2014, she occasionally updates her official Facebook page with songs she's written and art she creates. No word on whether she will step back in to the Hollywood limelight again, but here's to hoping!