Inside the Facilities of One of the Biggest Esports Teams

Camila Villafane
Inside the Facilities of One of the Biggest Esports Teams February 14, 2020Leave a comment 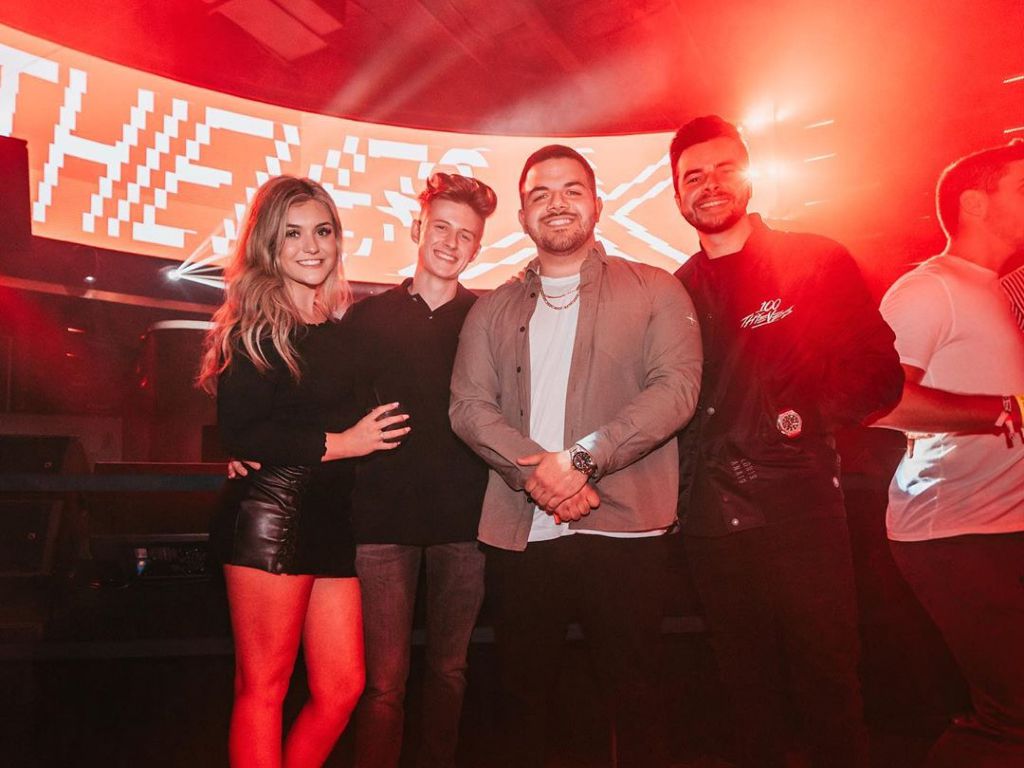 Esports, for those who don't know, is a new type of sports competition that utilizes multiplayer video games, like "Call of Duty," "League of Legends" and "Overwatch." It involves teams competing against one another in tournaments to win cash prizes. With the goal of taking his esports team to the top, Mathew Hagg (aka Nadeshot) set out to create the best gaming facility in the world.

Nadeshot Started Off in a Bedroom

Matthew Hagg, the founder and CEO of the amazing 100 Thieves Cash App Compound, started off in a humble bedroom. Since then, Hagg and his team have worked tirelessly for two years to create the biggest gaming facility in the world, and it's seriously impressive.

'The Compound' is the Brain Hub for Esports

The Compound is a 15,000-square-foot facility, which opened its doors in Culver City, California, in November 2017. But why is it so appealing and can it revolutionize the world of esports like Hagg predicts?

The compound is the biggest esports team facility in the United States at the moment. It’s also the dream esports headquarters because it was designed to elevate all facets of the business, including content, apparel, and esports training, video game livestream broadcasting and so much more.

The company was founded on what Hagg calls the three pillars, which are esports, entertainment and fashion. The facility boasts a bunch of interesting things like practice rooms, streaming rooms, a lounge area, a design lab and a conference room. But that’s not all! The place is pretty much like Disney World for anyone who's into online games.

The 100 Thieves Compound also comes with trophies, arcade games and lots of features that were provided by sponsors like Totino’s and Red Bull. And it’s literally all fun and games around here thanks to one awesome room that's out of this world...

It’s Not Any Average Gaming Room

The Rocket Mortgage’s League of Legends training room elevates the company’s teamwork and chemistry by having the players in-house at the compound every day. But this isn’t some run-of-the-mill gaming room.

They Have State of the Art Equipment

Secret Lab, the popular gaming chair manufacturing company, has provided 100 Thieves with some of the best chairs for creature comfort while NZXT has given the Compound the gaming PCs needed to enhance the players’ experience and increase their odds of winning matches. But this next room is where the Compound’s brightest brains storm ideas.

The Board Room is Brainstorming Central

The board room is where the company’s elite team find creative ways to improve gaming for players. With its huge conference table, comfortable chairs and great view, these bold employees have everything they need to achieve success.

The goal here is to win some matches. And that’s where the production studio comes in. The tech and capabilities in this room allow Hagg and his team to elevate content to heights that have never been seen before in gaming.

The production studio’s video wall offers 6k graphics that allow the staff to shoot some crazy stuff. The lighting and its two sets make a perfect venue to produce skits, podcasts, docuseries, fun challenge videos and pretty much the best gaming content anyone has ever seen. But they can’t do it without the help of this next studio.

The streaming studio is where the biggest creators in the whole wide world can do what they do best in their home away from home. The Compound has four of these studios, and they’re loaded with everything a creator could possibly need.

You Won’t Hear a Peep

Each streaming studio has a dual PC setup, three monitors, lights and cameras. Best of all, a creator doesn’t have to worry about disrupting someone else’s concentration in the next studio thanks to sound proofing. But technology isn’t the Compound’s only big investment.

One of the Compound’s biggest investments in 2018 was their Fortnight team. They gathered some of their best players in the world to train every day in the Totino’s training room. And the purpose of this room is clear.

Players Have To Be Ready

The Totino’s training room was designed to ensure that the Compound’s players are stage ready when it’s time to compete for some real cash. But they wouldn’t be the best gaming facility in the world if this was all they had to offer...

The production teams have editing bay number 1 and editing bay number 2 so they can add cool effects to their videos like explosions, funny reactions, color grading and so much more. But there’s one area that’s truly Hagg’s favorite.

The Second Floor Is Insightful

Right outside Meeting Room 3 and 4 is a ledge that allows Hagg to oversee the entire company from the second floor and watch over the employees at their open workstation. But what does everyone do for food around here?

Their Kitchen is Unbelievable

100 Thieves has an incredible kitchen in the compound that supplies catered meals every day for all of their employees. That way, they’ll stay well fed, which ensures that they can continue working hard and getting better. But sometimes, they just want to play and unwind. And, of course, there’s a room for that too!

The Entertainment Hub is For Chillaxing

The lounge is the entertainment hub where a lot of the employees spend their days doing leisure activities like playing on the arcade style NBA Jam game. There's also custom furniture and tons of space that allow employees to do whatever they want. But that’s not all.

A Theatre To Watch Their Teams Compete

There are two gigantic TVs to watch the facility’s new content. This also allows employees to watch their teams play. But folks here can also bring their laptops and work on a spreadsheet or new presentation. And that’s just for starters.

Employees can also eat lunch at one of the big tables in the Cash Lounge or bring over a couple of colleagues to have a meeting. They can also play mobile games on their phones or check their e-mails on their laptops. But the great thing about being the boss is that Hagg gets his own personal space to play with.

Hagg Has His Own Personal Studio

Hagg spent quite some time designing his personal streaming studio to meet his needs. This allows him to create new content, run his business and connect with fans in ways he never could before. And he even has muscles to ensure that no one disturbs him.

He Hired a Private Security Guard

One of Hagg’s most important assets is Blade, a guy he met at a bar fight who ended up becoming his own personal security guard. As such, he stands guard outside of Hagg’s door and makes sure that no one bothers him when he’s busy creating content.

As a content creator and CEO, he made sure that his studio was designed to have everything in its own place to enhance productivity. So, at the heart of his studio are two NZXT 100 Thieves Nadeshot PCs that have all the capacity he needs, as well as three 240 hertz monitors. But the space serves a double purpose.

Hagg’s studio also has two light panels, two microphones and two cameras so that he can set up a shot on stream, whether it’s him interacting with his employees during a meeting or if it’s just him streaming to his audience. But there’s one room that is truly his pride and joy...

Hagg relies on team members like Doug Barber, the vice president at The Apparel Design Studio. Barber’s team designs all sorts of insane apparel like jackets and Jerzees. But they’re a secretive bunch and will only show what’s to come when they’re good and ready. In the meantime, the facility continues to offer functionality and variety so that employees can enhance the world of competitive gaming.