Sophie Dunne
Homeless Man Found a Piece of Paper That Promised Him a Better Future— If He Could Follow One Simple Rule February 14, 2020Leave a comment 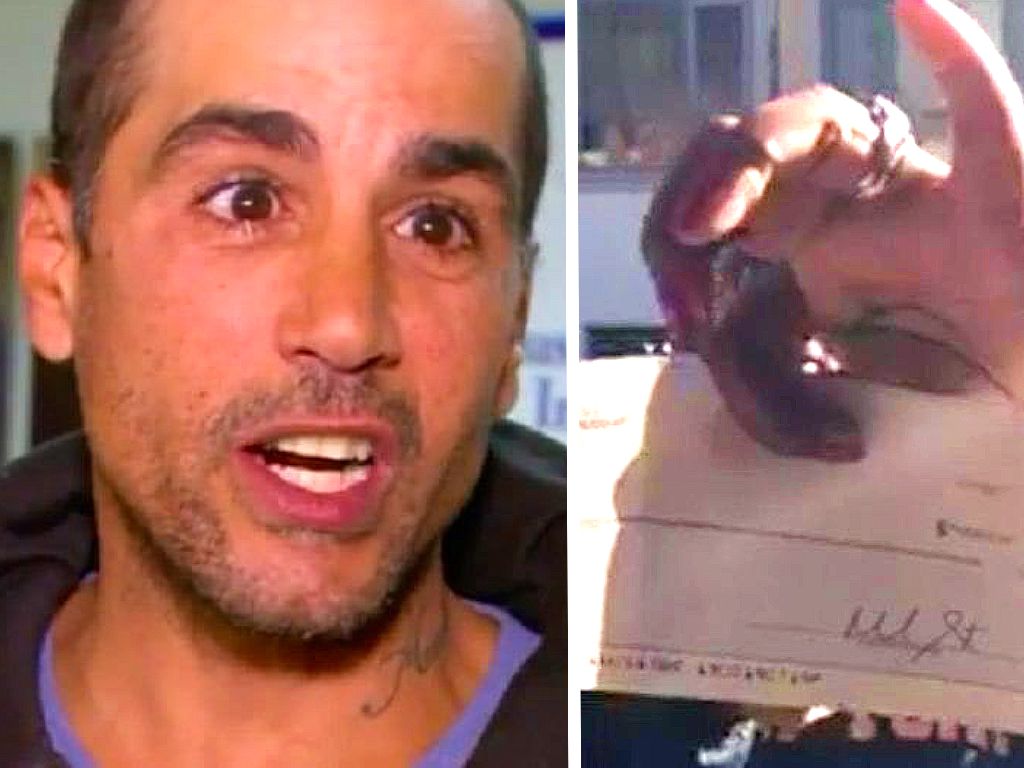 When a homeless man in New Haven, Connecticut stumbled upon a piece of paper on the ground, he had no idea just how much his life was about to change because of it. This wasn’t just a crumpled up receipt or a misplaced to-do list, but instead a gateway to success thanks to one woman who let the paper slip out of her hands... And she soon hatched a plan that would be the difference between changing this man's life, or letting him return to the streets.

Living on the Streets

New Haven winters are harsh for everyone, with freezing conditions and snow storms forcing you to shovel your driveway multiple times a day. However, for Elmer Alvarez, winters were especially severe as he had been living on the streets for several years.

His Drug Addiction Led Him to Be Homeless

Even though he was living rough, Elmer was still determined to seek help for his addiction, and he had hope that he wouldn't always live on the streets. He attended Narcotics Anonymous where he was encouraged to live a better life. Not only were his meetings a place that sheltered him from the cold, they eventually helped him beat his addiction for good.

Getting Off the Streets Was a Difficult Journey

Everyday, Elmer thought about ways to get off the street, but the idea of it was a lot easier than actually doing it. However, one day Elmer would carry out a selfless act that would give him a golden opportunity to turn his life around, he just didn't know it yet...

One Day Can Change Everything

On a cold November morning, Elmer was wandering the streets when he came across a piece of paper lying on the ground. Discarded papers like this are often times just a simple grocery store receipt, but they could just as easily be a winning lottery ticket! When Elmer looked closely, he saw it was a signed check.

As Elmer stood on the pavement holding a check with somebody’s signature written on it, he immediately realized that he was holding something valuable. It wasn’t until he read the amount on the check that his mouth dropped.

The Check Was for a Large Amount

Elmer was shocked that he had found a check for a whopping $10,000. He knew that somebody somewhere was probably freaking out looking for this check that he was now in possession of. Examining the check further, he discovered a phone number written on the back.

He Wanted to Return the Check

With an endorsed check in his hand, Elmer could have easily visited the nearest bank and changed his life by taking a stranger's hard-earned money. But instead, the homeless man that was battling freezing weather conditions went in search of a phone to call the number on the back of the check.

He Found a Phone to Make the Call

After pacing the streets in search of a phone, Elmer found a friend who he knew owned a cell phone. As a Spanish speaker who knew very little English, Elmer asked his friend to make the call on his behalf.

A few blocks away in her office, self-made CEO and President of Outreach Realty Services and Outreach School of Real Estate, Roberta Hoskie picked up her phone to an unexpected call. Elmer’s friend explained to her that his friend had found an endorsed check with her name on it and wanted to return it to her. Roberta was floored as she didn't even realize she had lost the check!

The successful business woman couldn’t believe someone could be so selfless and return a check with a substantial amount on it, especially a person in need of that money. However, Roberta wasn’t yet aware that the person who found her check was in fact homeless.

She Arranged to Meet the Men

Roberta made her way back to the street not only to collect her misplaced check, but to meet the honest men returning it to her. She decided to go live on Facebook to document this incredible moment and to show her loyalty and respect to Elmer and his friend.

She Learned That Her Hero Was Homeless

When Roberta met with both men, Elmer was too modest to mention that he was living on the streets. However, his friend explained to Roberta that Elmer was indeed homeless. The real estate mogul knew that Elmer returning this check to her was a true testament of his character.

The Business Woman Could Relate to Elmer’s Situation

Before Roberta became CEO and President of two companies, she also lived a life stricken with poverty. At just 17-years-old, Roberta dropped out of school to care for her baby, but her financial difficulty meant that she and her child had to sleep in housing shelters to avoid living on the streets.

She Restored Her Life From Scratch

Roberta worked hard to secure herself an internship at Yale University, which allowed her to transform her life. Although Roberta found an opportunity to break the cycle, being homeless shaped her into the person she is today. The successful CEO never forgot about her nights at the shelter.

She Wanted to Commend Elmer for His Honesty

Roberta knew what it was like to be in Elmer’s situation and felt serious about rewarding him for his loyalty and humbleness. Instead of giving him a reward that would temporarily alleviate his problems, she wanted to gift him with something beneficial in the long scheme of things.

While sharing her story on Facebook Live about helping Elmer find a way out of homelessness, one of her followers suggested something that sparked a light bulb for Roberta. "I’m going to teach him how to fish," she exclaimed...

Roberta Returned to the Streets in Search of Elmer

Back on the streets, Roberta rewarded Elmer with a check and this time, it was written out to him. Roberta shared with Elmer her personal journey of living in housing shelters before setting up her own business. The pair bonded over their similar stories and eventually said their goodbyes. But Roberta was not finished with Elmer, and she then left to go work on her plan...

Roberta Had Something Up Her Sleeve

Roberta had plans to come back to Elmer with plans to help him break out of homelessness and reconstruct his life from the ground up. However, their next meeting would be sooner than Roberta anticipated.

While he was standing in the bank attempting to cash his reward, the bank clerks were wary of Elmer. Although he produced his ID, they were still suspicious of the homeless man standing in front of them and refused to cash the large amount of money. As a result, the bank called Roberta to clarify and she quickly reassured them that this money was meant for Elmer.

Roberta Was Ready to Hatch Her Plan

Two weeks later, the self-made CEO arranged for Elmer to meet her in her office. With over 13,000 Facebook users following Roberta’s story, the media grew interested too. When Elmer stepped into her office he was blown away by the crowds of people waiting to celebrate him, including TV crew and cameras, but what came next would shock him even more…

He Was Presented With a Certificate

Elmer was awarded a certificate from Ms. Millionaire Mindset, an organization that focuses on eliminating poverty. Moments later, Roberta explained to Elmer her plan to "teach him how to fish."

She Planned to Teach Him How to Be Successful

Roberta gifted Elmer with free classes at her real estate school as well English lessons to improve his communication skills. But Roberta did not stop there! She emotionally revealed to Elmer that she had found him and his girlfriend a place to live, rent free and bills covered for the first six months, on one condition. He had to be able to pass his real estate classes...

On His Way to Success

After completing and passing his real estate classes, Roberta hooked Elmer up with a job interview at her colleague’s real estate office. No longer sleeping in the cold streets of New Haven, Elmer was climbing the ladder in life with Roberta’s guidance and support.

Their Story Sparked the Interest of the Public

As Roberta continued to document her inspirational friendship on Facebook Live, her followers increasingly grew and with that came the attention of the media. The pair even appeared on talk shows speaking about their unique story and discussing the crisis of homelessness.

Today, Elmer and Roberta are working on building a transitional house that will provide shelter to homeless teenagers and young adults. Although it won’t earn them a penny, the project aims to get young people off the streets and help them build a safer future, something Elmer and Roberta can relate to personally.