Matthew Loffhagen
10 Actors Who Should Play James Bond (And 12 Who Were Almost Cast) May 10, 2019Leave a comment 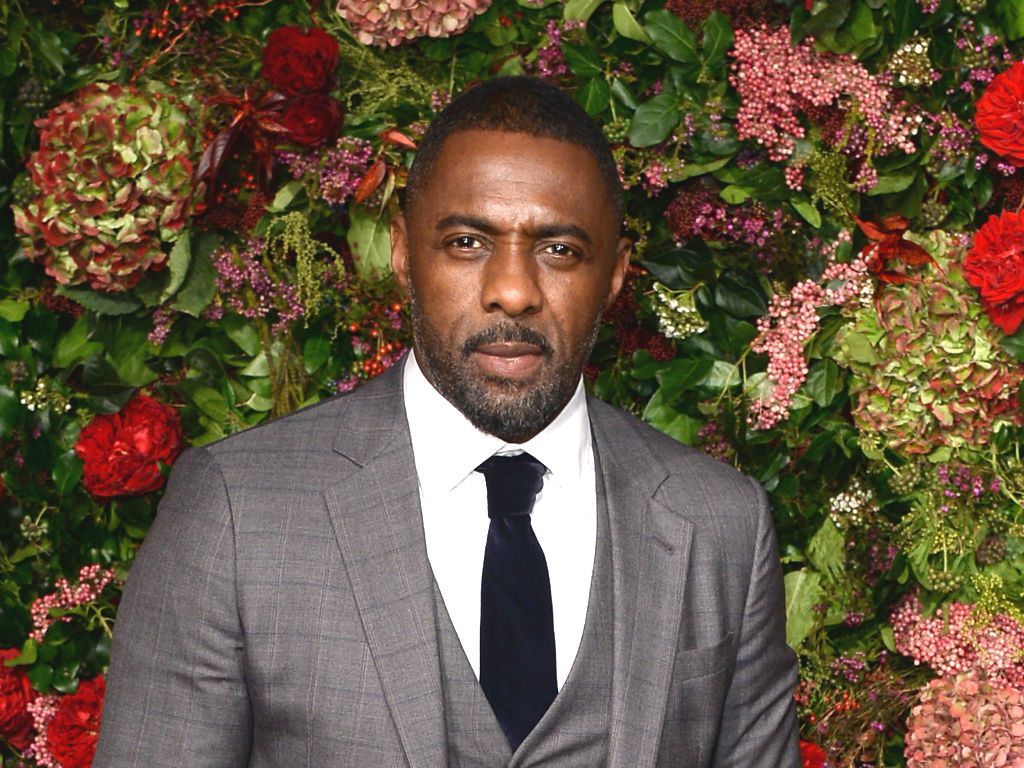 James Bond is the quintessential Hollywood spy character, enduring through changing times and changing actors. With that in mind, here are 10 excellent choices to take on the role of Bond when Daniel Craig steps down after the next 007 movie, plus some actors who nearly won the role in the past...

If “Crazy Rich Asians” proved anything, it’s that Henry Golding can play a suave, well-dressed charmer. For a series like “James Bond” that prides itself on constant reinvention, Golding would provide a welcome change to the typical formula while staying true to Bond’s classic characterization.

The possibility of a “Jane Bond” has been swirling for years, and Emily Blunt is a fan favorite choice for the role. Blunt is capable of compelling action scenes, as seen in “The Edge of Tomorrow,” as well as providing a smug, upper-class English performance, as she showed off in last year’s “Mary Poppins Returns.” In fact, when Blunt was offered the role of the iconic British nanny, she thought at first she was being given the chance to play Bond instead.

By this point it’s probably illegal to make a list of potential Bonds without including Idris Elba. The “Luther” star has won critical acclaim for serious dramatic roles and big-budget action flicks, and fans have been exceptionally vocal about wanting him to play 007. Perhaps all this popularity counts against Elba, though. Executives often prefer to surprise audiences rather than give into popular fan movements.

Just as John Boyega replaced Idris Elba in the “Pacific Rim” series, he could be a great choice to fill this gap in the Bond fandom. Boyega is an talented actor, pulling off a variety of different accents to suit his various roles. Anyone who’s seen his Make Google Do It commercial will know he most certainly looks the part in a smart dinner jacket, so it would be wonderful to see what he’d do as the iconic MI6 spy.

In “Fleabag,” Phoebe Waller-Bridge has delivered a fun, heartfelt comedy about a well-spoken British woman’s romantic misadventures. Waller-Bridge is reportedly bringing her writing skills to Bond already, as she’s been asked to doctor the upcoming movie’s script. But she’d also be fantastic in front of the camera, giving us a Bond that feels inherently different to anything we’ve had before while also fitting the upper-class British archetype.

Chiwetel Ejiofor deserves more love from Hollywood in general. The soft-spoken Brit has a wonderfully calm demeanor in a lot of his roles, which would provide a very different type of Bond to the constantly scowling Daniel Craig. Ejiofor can do action, as seen in “Doctor Strange”, but “Twelve Years a Slave” proves he can also deliver a powerful, emotional performance when necessary.

Alex Pettyfer is an often overlooked actor who deserves a shot at the big time. Pettyfer is best known for his role in “Magic Mike,” but you may also have seen him in the teen sci-fi movie “I am Number Four." What you might not have seen is “Alex Rider: Stormbreaker,” a British movie in which a teenage Pettyfer played a child version of James Bond, and did so tremendously thanks to his impressive background as a martial artist. It would be wonderful to see Pettyfer to return to the spy genre now that he’s a grown-up.

She'd be a younger Bond than we're used to, but Letitia Wright has a supportive fanbase thanks to her popular performance as Shuri in “Black Panther.” Considering the amount of green-screen gadget work that movie required, there’s no doubt she’d be able to pull off the tech side of Bond flawlessly.

Gemma Chan needs to be in more things. Most recently seen in a small role in “Captain Marvel,” Chan also popped up last year in “Crazy Rich Asians.” She’s also made appearances in British staples such as “Doctor Who” and “Sherlock,” but she thus far has been denied a significant leading role. Perhaps it’s time she reinvented one of the most powerful cinematic icons in history.

Matthew Goode has been around for a long time, taking on the role of Ozymandius in “Watchmen,” and playing the vampire Matthew Clairmont in the recent supernatural British show “A Discovery of Witches.” Goode is clearly a solid pick for spy movies, as he’ll be playing a role in Matthew Vaughn’s upcoming “Kingsman” prequel, “The Great Game.”

In addition to all the up and coming actors who have played Bond, there are plenty of stars who almost got the part, but didn’t go through with it for various reasons. One such actor is the "Greatest Showman" himself, Hugh Jackman. In the early 2000s (likely as an alternative to Pierce Brosnan in “Die Another Day”), Jackman was asked by studio executives if he’d like to play Bond. Jackman turned the role down to do “X2,” which was a smart move for his career.

Superman himself, Henry Cavill, was very almost James Bond back in 2005. Working on “Casino Royale,” director Martin Campbell wanted to cast Cavill, but producers decided he was too young. By now, Cavill has proven his spy chops in both “The Man From U.N.C.L.E.” and “Mission Impossible: Fallout,” so he probably would have been a solid choice for the role after all.

Back in the ‘90s, “Taken” star Liam Neeson was given the opportunity to audition for Bond in “Goldeneye.” According to Neeson, his wife Natasha Richardson urged him not to take on the role, and he ultimately decided that he didn’t really want to be an action star anyway. Something must have changed at some point along the way, as Neeson is now synonymous with violent action (although not currently in a good way).

It’s funny to think of how Sean Bean’s career could have turned out differently. The eternally mortal actor is believed to have tested for 1987’s Timothy Dalton 007 movie, “The Living Daylights,” although he’s never spoken about it publicly. Bean was again considered for Bond in “Goldeneye,” but he instead won the role of Agent 006, leading to yet another classic movie death.

Ralph Fiennes was also considered to play Bond in “Goldeneye,” but he ultimately decided that he didn’t want to commit to such a big role. Given how often Daniel Craig has spoken publicly about how much he hates playing James Bond, it makes sense that so many stars are hesitant about portraying the character. Fiennes would eventually enter Bond canon playing a different character in 2012’s “Skyfall.”

Here’s one piece of casting that could have ended up being a disaster. Long before becoming a Hollywood pariah (in spite of a resurgence in recent years), Mel Gibson was considered to take on Bond. Apparently, the reason this didn’t happen was because he asked for too much money, wanting $10 million for a two-picture deal, which would have been far too much for the studio to pay out in 1987.

Eastwood is perhaps one of the most famous non-Bonds from history. 1973’s “Live and Let Die,” needed a new actor, and Eastwood was approached for the role. He turned it down, feeling that this wasn’t really a good fit for him, and that he didn’t want to take on the mantle that had been defined by Sean Connery. Instead, the role went to Roger Moore, who played Bond for the next 12 years.

A pre-“Jurassic Park” Sam Neill certainly would have been an interesting choice for James Bond. Having played a similar role in the television series “Reilly, Ace of Spies,” the New Zealand actor apparently impressed the majority of studio executives in his audition for Bond. While he ultimately didn’t get the gig, Neill later stated that he was forced into the audition by his agent, and that he would never want to play Bond anyway.

“Star Trek” and “Thor: Ragnarok” star Karl Urban could have been a solid Bond, but a scheduling clash meant he couldn’t come in for a final audition for the role. Urban was up against Daniel Craig but was shooting a film when the studio wanted him to return to screen-test. So he dropped out of the running for “Casino Royale.” Urban has said it was for the best, if only because Daniel Craig ended up doing such a good job in the role.

Ewan McGregor was another actor who was considered for “Casino Royale,” but he ultimately didn’t seem too interested in the role. This makes sense, considering that in 2005, McGregor was just wrapping up his decade-long stint as Obi-Wan Kenobi in the “Star Wars” prequels. McGregor later stated that he thinks it might have been fun to play Bond, but that he wasn’t interested in lengthy filming shoots and “a massive amount of publicity” once the film released.

A not-quite-famous Burt Reynolds was considered for the role of Bond in 1970’s “Diamonds Are Forever.” Sean Connery ultimately signed on to reprise his famous role, but during a brief moment of turmoil within the studio before things got sorted, Reynolds was approached about playing the part. He ultimately turned it down, thinking that Bond really ought to be played by a British actor instead.

Can you imagine the Bright Knight himself, Adam West, as James Bond? Studio executives in the 1970s were fairly convinced that West, most famous for his role as TV’s Batman, would be perfect for it. West himself disagreed, at the time insisting that he was too busy to play Bond, but also believing that, to get the character right, the studio really needed an authentic British actor.