The Most Overrated Movies of the Last 20 Years, #SorryNotSorry

Greg Smith
The Most Overrated Movies of the Last 20 Years, #SorryNotSorry February 5, 2019 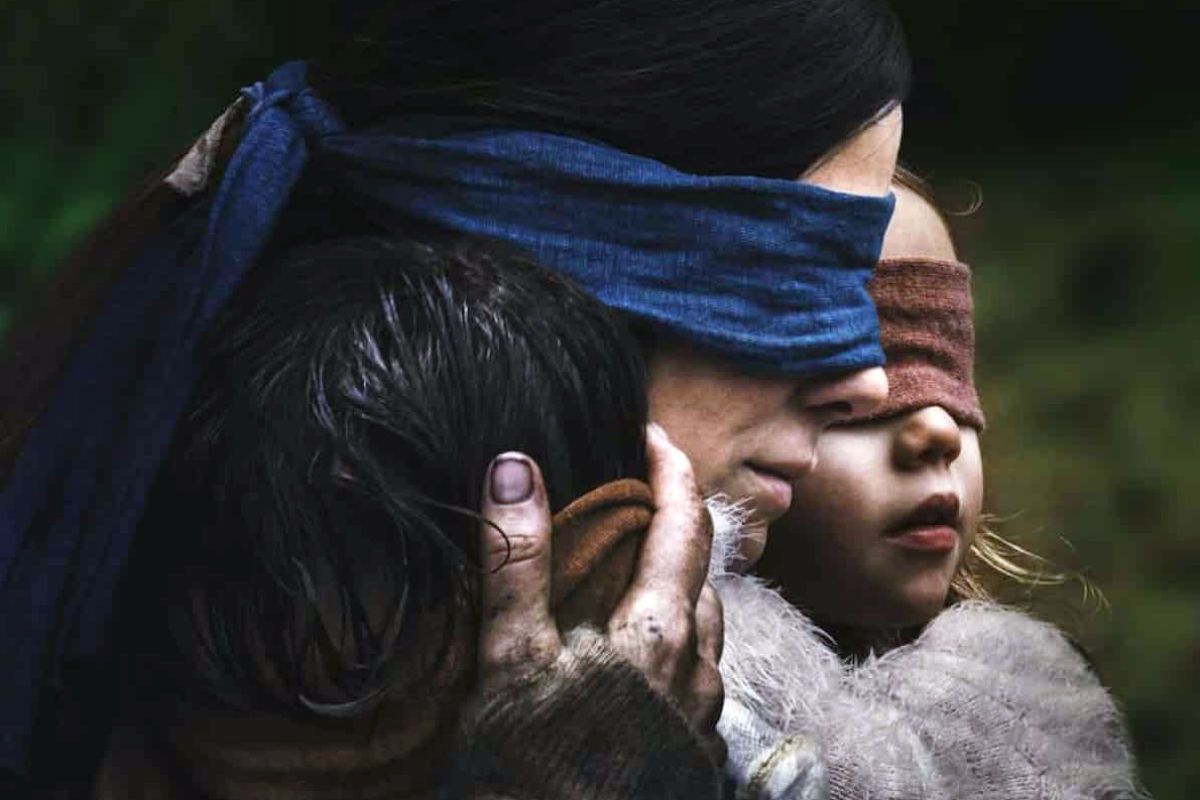 What's your favorite film of the last 20 years? Uh-oh. That one? Yikes. So, here's some bad news. That film is officially On Blast. And so are a bunch of other films you enjoy. For these are the most overrated movies of the past 20 years. No one is safe. But pass the popcorn anyway.

Sure, there's an anticipated sequel coming out. And yeah, the cast did that cute #10YearsLaterChallenge. But how does Zombieland actually hold up 10 years later? In our opinion, not so well. It's damp with toxic masculinity, bro-y vulgarities disguised with jokes, and a general air of smugness.

[dx_custom_adunit desktop_id="RTK_K67O" mobile_id="RTK_5yk0"] It's wild how well Three Billboards did at the Oscars. Content-wise, it asks viewers to empathize with a viciously violent and racist human. Form-wise, it careens from tone to tone with all the nuance of Snorlax smashing the frame in a game of Super Smash Bros. It's sort of like watching a baseball player take aggressive, home run swings at the plate over and over, falling on his face every time.

The Wolf Of Wall Street

The Wolf Of Wall Street (aka "You Probably Learned The Wrong Lesson From This, Trevor) is a mess. Probably by design. Who are we to discredit the master, Martin Scorsese? Well, here goes anyway. The shapeless, sloppy, one-note sorta-comedy would make more of an impact if it had dynamics and a more judicious editorial eye. It's three hours, it could easily be two.

The Tree Of Life

For some, Terrence Malick is the American poet of cinema. For others, he's pretension personified. The Tree Of Life is a movie custom-designed to annoy those in the latter camp. It's obtuse, enigmatic, both too big and too small in its purview. But, hey, at least there are CGI dinosaurs. Yep, you read that correctly.

[dx_custom_adunit desktop_id="RTK_K67O" mobile_id="RTK_5yk0"] Look, we could get all high-falutin' on you, and talk about how The Hangover fails its genre because it thinks that "an unusual plot" is enough of a qualification, eliminating the need for character-driven moments. Or we could just speak the blunt truth: It's not that funny. Even Zach Galifianakis' moments are largely cribbed from his own stand-up material, sticking out like a sore thumb.

Dripping with condescension, shame, and juvenile filmmaking, The Big Short assumes we're all dumb dummies who don't understand anything, and won't stop shaking our shoulders and yelling at us until we do. Except, we never will. No one ever will. The only ones blessed with this knowledge are, of course, the makers of The Big Short.

The Ballad Of Buster Scruggs

The latest critical darling in the Coen Brothers' career of critical darlings, The Ballad Of Buster Scruggs strips away any sense of humanity lining the casual existentialism of the Coens. As such, it's a needlessly bitter, callous watch, with not much to say about anything expect "life stinks and then you die." But, hey, at least the Netflix film also looks cheaply produced.

[dx_custom_adunit desktop_id="RTK_K67O" mobile_id="RTK_5yk0"] A hit commercially and critically, so much so that it received an unnecessary sequel in 2018, Sicario tells the gritty, gripping tale of... nothing? Yeah, we're dragged through lots of grimy set pieces and speeches about the futility of a conscience, but to what end? Nihilism is fine to wax about at an intellectual dinner party, but to center a movie around it is a bit much.

Manchester by the Sea

Let's put aside the fact that the Academy Award-winning star, Casey Affleck, won the Academy Award after it was made public what a misconduct-loving creep he was. Actually, let's not put that aside -- how did that happen? Why can't society do better? Anyway, Manchester by the Sea is like if a wet blanket was a movie.

One of the most acclaimed action movies of the past 20 years is also one of the most overrated. Mad Max: Fury Road is one note played at a screeching volume, without much self-awareness to think, "Hey, maybe other notes are fun too." Much has been written about its visual clarity; we find the visual language to be tic-filled and oppressive. We'll grant it this, though: Guitar guy is cool AF.

[dx_custom_adunit desktop_id="RTK_K67O" mobile_id="RTK_5yk0"] How do you make something "mature"? If your answer is to add lots of F-words, violence, and brooding darkness for brooding darkness' sakes, we'd politely encourage you to go back to the drawing board. Logan plays like a middle schooler who just discovered Korn. At least Deadpool has a sense of humor about itself.

How did this become a contemporary Christmas classic? Love Actually is problematic, actually. It's full of fat-shaming jokes, icky on-the-verge-of-racism machinations, and a philosophy on love straight out of an MRA's Reddit account. And why doesn't the title have a comma?

For white, male film fans of a certain age, having a Kiss Kiss Bang Bang poster on your wall is mandatory. It's not hard to see why; with its fourth-wall muckraking, quippy dialogue and neo-noir vibes, it's custom made for the "I don't have a bed frame but I do have a Blu-ray collection" crowd. But on a modern watch, it's too icky and full of itself to recommend.

[dx_custom_adunit desktop_id="RTK_K67O" mobile_id="RTK_5yk0"] Here's a bold statement: Kingsman: The Secret Service has the worst ending in cinema. It's vile, immature, and tremendously sexist. But also, the movie leading up to it ain't so good, either, tripping over the line of good taste into queasiness and sleaziness. So how did this become a cult hit and garner a 2017 sequel?

Jurassic World made all of the money, earned a healthy amount of critical acclaim, and restarted one of the most iconic film franchises. And it friggin' stinks! It's a visual clunkfest, missing any of Steven Spielberg's ingenuity. It's character development is nonexistent. And it trots out John Williams' score haphazardly, as if to shout, "Is this what you want, nerds?!"

For most horror fans, Hereditary was regarding as the second coming of Paimon. Perhaps they were pulverized into thinking this, as Hereditary makes its points with the subtlety of 19 jackhammers. The movie screams "I'M IMPORTANT" at its audience, gussied up by artsy-friendly aesthetics. It's just trying too dang hard.

[dx_custom_adunit desktop_id="RTK_K67O" mobile_id="RTK_5yk0"] Gladiator won Best Picture in 2000 for... being an adequate swords-and-sandals action film? It wasn't even the best swords-and-sandals action film of 2000 -- that honor belongs to Crouching Tiger, Hidden Dragon. Why does everyone like this painfully average movie? One big ol' Joaquin Phoenix thumbs down for this one.

District 9 doesn't know what it wants to be. Is it a pure found footage exploration of aliens? A social commentary on racism and xenophobia? Or a typical "rise-fall-rise-again redemption story," told with completely normal film vocabulary? Often, it's all of these things at once, and it results in a muddled, messy, frustrating movie.

Sure, Children Of Men features some neat one-take sequences where, like, the blood totally lands on the lens. But all the filmmaking fireworks are in service of a fairly average dystopian future narrative, that mistakes "literal loudness" for "emotional resonance." At least it gave us Long-Haired Michael Caine.

Birdman or: (The Unexpected Virtue of Ignorance)

[dx_custom_adunit desktop_id="RTK_K67O" mobile_id="RTK_5yk0"] Speaking of "one-take sequences that say nothing", it's Birdman, everybody! Winning Best Picture over better films like Boyhood, Selma, The Grand Budapest Hotel, and Whiplash, the Michael Keaton-starring one-take wonder makes points about creativity and society that we would charitably call "the very first thing a person would think of if you asked them 'what do you think about creativity and society?'"

For a moment at the end of 2018, the entire Internet was devoted solely to Bird Box. Our humble question: Why? The Sandra Bullock-starring, Netflix horror flick is average at best. Though if we're being finicky, it's less "average" and more "not good, cheaply made, and rife with unearned 'deep statements.'" Wearing a blindfold is a better viewing experience than Bird Box!

Did you know there are four Avatar sequels in production at this moment? Be honest: After you saw the first one, the instantly forgettable big-screen 3D epic starring charisma-black-hole Sam Worthington, did you think to yourself, "I need four more of these"? If you did, congratulations. You are Avatar writer/director James Cameron. And we earnestly love a lot of your work, just not this one.

[dx_custom_adunit desktop_id="RTK_K67O" mobile_id="RTK_5yk0"] A take for you: When Ben Affleck has to work too hard, the result is mediocrity. When a film is tailored to his inherent strengths (i.e. cocky charm in Good Will Hunting, dead-eyed "charm" in Gone Girl), it plays well. When the weight of a procedural plot, combined with a sappy, heavy backstory, combined with the fact that he had to direct the thing... let's just say the most memorable thing about Ben Affleck's Argo is Ben Affleck's wig.

This is a film in which Kevin Spacey, now known for being a serial harasser of underage children, harasses an underage child as part of his character's journey of growth. Not enough to turn you off from the film forever? Trust us that the rest of it reeks of shallow depth, clunking through the eardrums with laughably intense dialogue.

Across The Universe is a Beatles jukebox musical that answers the question: What's the most facepalmingly obvious choice for this material? It's garish, cheesy, and straight up dumb.

But you know what? If you like this film, or any of the others on this list, please keep liking them. This list is only one person's opinion, and we're not trying to yuck anyone's yum. We just ask that you consume your media critically.