All The “Overwatch” Easter Eggs You Never Knew You Needed

Jen Arbues
All The “Overwatch” Easter Eggs You Never Knew You Needed January 29, 2018 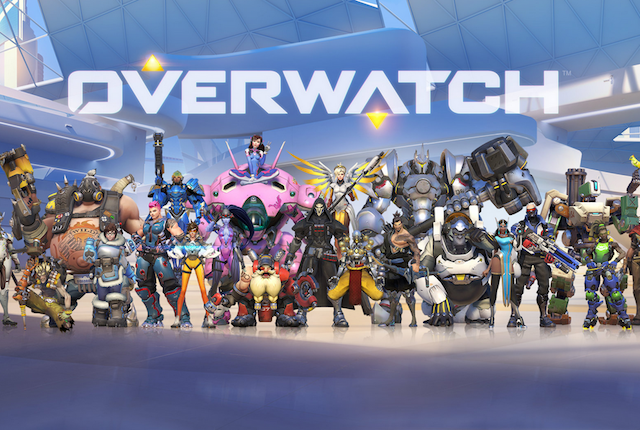 Blizzard released Overwatch in 2016. And the team-based multiplayer FPS found immediate success. It rates 90-91/100 on Metacritic (depending upon the platform). And it earned praise for its depth and accessibility. But the real appeal of Overwatch has nothing to do with character options. Instead, it has to do with many pop-culture references. Because, if we’re being honest? Well, we’re 100 percent in it for the Overwatch Easter eggs.

Leave it to a group of game developers to give themselves a pretty public pat on the back. And apparently, the “Overwatch” outpost Watchpoint: Gibralter is as good a place to do it as any other. Next time you check out the lockers there, just know those names belong to the guys who created it.

Since a few developer names just aren’t quite enough of a nod to the Blizzard team, there’s another spot in “Overwatch” where you’ll see them (sort of). On the Arrivals board at the Numbani airport, several of the locations listed include those that house Activision Blizzard offices. We are a little curious why Irvine always seems to be delayed, though.

For fans of the Japanese animated series “Gundam,” Pharah’s Mechaqueen skin is a pretty obvious nod. For gamers who maybe aren’t familiar with the series, the Mechaqueen skin is just a badass add-on for a pretty rad character. Either way, you gotta give it up for giant robot suits.

In the spawn area of Hollywood, you’ll find several movie posters that pay homage to classic cinema. The most obvious, of course, is the poster for “Some Like It Bot,” a futuristic twist on the 1959 Marilyn Monroe flick “Some Like It Hot.” Of course, there are no guarantees that “Bot” also features cross-dressing musicians and mob hits, but we’d like to think it does.

Blizzard games, although separate from each other, seem to somehow still exist in the same universe. How else do you explain the huge number of callbacks to franchises like “StarCraft” and “Diablo”? Like this “Overwatch” video game poster advertised in Hanamura that shares an uncanny resemblance to “StarCraft” character Jim Raynor?

Venture into the restaurant in Route 66, and you’ll spot a check signed by Deckard Cain, of “Diablo” fame, on the wall. The date, 5/5/12, is a nod to the launch date of “Diablo III,” and that bar code at the bottom? It has significance too. Once scanned, it reads, “Cain Lives!”

Take a closer look in the restaurant and you’ll notice both a Zerg symbol and a “Dr. Boom” drink on the soda fountain, references to Blizzard’s “StarCraft” and “Hearthstone” games. Although if we had to make the choice between the two delicious (we’re sure) beverages, we’d go with the Dr. Boom drink, seeing as the card it references is legendary. And, you know, the Zerg kind of… suck.

If that Deckard Cain thing wasn’t enough “Diablo” for you, you can always head to Dorado, the streets of which are lined with numerous festive decorations. A few of these happen to be pinatas shaped like Diablo himself, because why the hell not? What kind of candy do you think they’re stuffed with, though?

And if you really just can’t get enough “Diablo,” check out the arcade in Hanamura. One of the games that you can play is called “Soulstone Demon-Slayer.” It’s a beat-'em-up game (yes) that happens to feature characters from “Diablo III” (double yes).

The Temple of Anubis level in “Overwatch” has references to both “Warcraft” and “StarCraft,” but you’ll have to look closely to catch the Horde symbol hidden within the hieroglyphs. In fact, you can find references to the Horde in more than one spot. We guess it’s possible “WoW” could somehow realistically seep into the world of “Overwatch,” but, truthfully, we’re still trying to figure that part out.

In August, “Overwatch” released its Summer Games 2017 event, which included a slew of new character skins. The Grillmaster: 76 for Soldier: 76 was beyond pun-tastic (“Raise the Steaks” and “A Salt Rifle”), and also included an Easter egg for “The IT Crowd,” a British comedy series. The barcode on the side of Grillmaster: 76’s biotic field canister reads 0118 999 881 999 119 7253, an "easy to remember" emergency number from the show.

One of the best things about “Overwatch” is the wide range of characters and personalities available to play as. And since Blizzard peeps are all pretty hardcore pop culture fans, you can bet you’ll catch some classic lines thrown in here and there. Like Hanzo's line, "I choose you, Spirit Dragon" which is a clear reference to "I choose you, Pikachu!”

Junkrat kinda looks like The Joker, so it would only make sense that he steal some of the villain’s greatest catchphrases, right? His “Why so serious?” line is an obvious callback to Heath Ledger’s performance in “The Dark Knight.” What can we say? We do love a guy who’s not afraid to be a little psychotic.

Trekkers unite! One look at Torbjorn and anyone’s immediate impression should be yes, 100 percent “Star Trek” fan. OK, so maybe not, but he does have the line, “I’m giving it all I’ve got!” which makes him 100 percent of a Trekker to us. And Scotty too, we’re positive.

“Overwatch” isn’t all movie and game references; Doomfist was not only crafted as an ode to the fighting genre, but his vocabulary pulls from actual famous fighters. His line "So mean I make medicine sick" is an actual quote by boxing legend Muhammad Ali, which happened prior to his famous "Rumble in the Jungle" match against George Foreman.

In Eichenwalde, the character Reinhardt utters the line, “This isn’t a castle. This is a tomb.” Okay, so it may not be word for word Boromir, but any real “Lord of the Rings” fan will recognize its roots in “The Fellowship of the Ring.” Because, seriously, we don’t need total precision to be able to make that connection.

In case you couldn’t tell by his name, Soldier: 76 is, well, a soldier. So the fact that he’d quote one of the greatest war movies ever made should come as no surprise to anyone. Props for taking probably the most quotable line from “Apocalypse Now” and turning it into, "I love the smell of pulse munitions in the morning.”

Turns out, Soldier: 76 is also a huge Scorsese fan. It’s a subtle nod, but the line, “I'm the one who does his job. I'm thinking, you're the other one,” is a reference to a similar line spoken by Mark Wahlberg’s Staff Sgt. Sean Dignam in “The Departed.” The chance to play a video game mashup of Kilgore and Dignam in a FPS? Sign us up.

Unless you grew up in the ‘90s, you may not recognize Sombra’s double reference with the lines “Mess with the best, and die like the rest,” and “Hack the planet.” But both gems pay homage to 1995’s “Hackers,” one of the best worst movies to come out of the decade. We’re assuming Sombra is modeled after Angelina Jolie’s Acid Burn, because, duh.

Up, up, down, down, left, right, B, A, start. If you don’t recognize that code, then what the hell kind of gamer are you, anyway? In “Overwatch,” D.Va will sometimes recite the famous cheat code, presumably to make sure players actually know their shit. Okay, so probably not, but it’s still pretty cool.