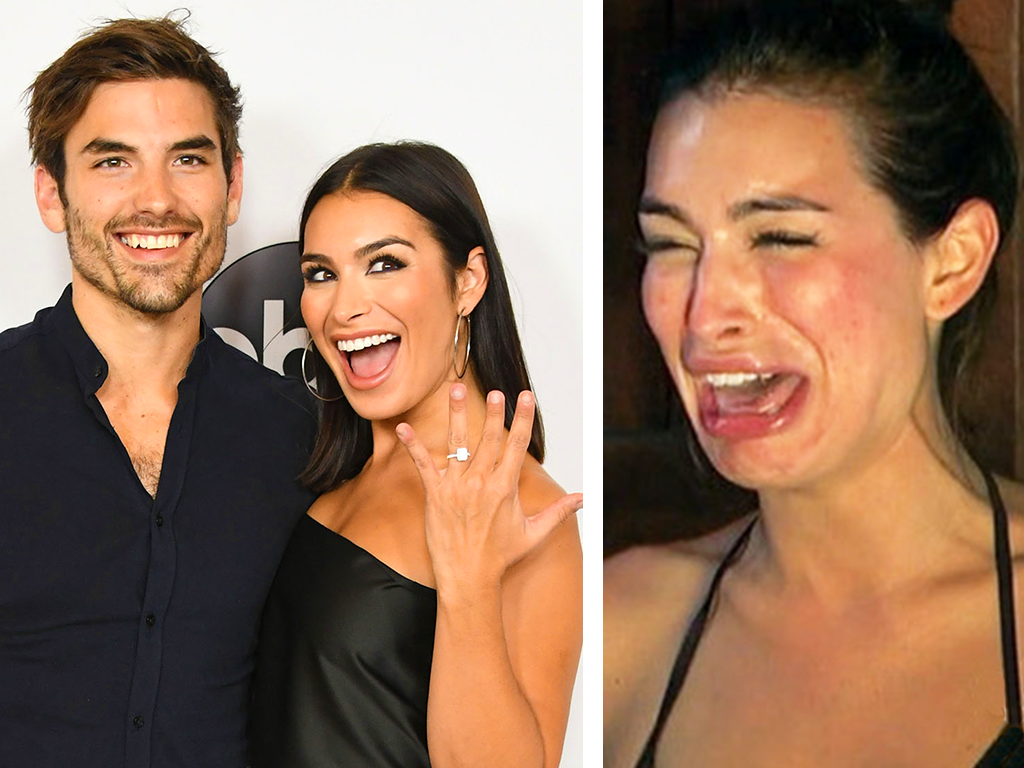 "The Bachelor" and its spin-offs may appear to be all sunshine and roses when you watch couples find love on TV. However, there are some very stiff regulations that each cast member must follow while filming the show.

Finding the love of your life isn't always easy, especially when you're under contract to do so! Check out these outrageous rules that "The Bachelor" franchise contestants have to abide by in order to not break their contract.

No Listening to Music and No Reading Books

When filming, contestants have to say goodbye to all personal devices, including their phones. No communication with the outside world is allowed while on the show, but even more strict are the rules that prohibit contestants from browsing the web, listening to music and even reading books! The only exception is the Bible.

Contestants Provide Their Own Hair and Makeup

Contestants also sign up to fund their own wardrobe as well as hair and makeup for the show. With no assistance from production in this area, some contestants' bank accounts really take a hit. Women would have to fork out a lot more than their male counterpart to keep their hair and makeup up to the show's standards.

No Eating on Dinner Dates

Those dinner dates you see are not actually meant for dinner. Although the audience is meant to think the couple is having romantic meal, those scenes are meant for just talking. Instead, the pair is encouraged to eat a meal before their date.

Contestants Are Limited to Two Drinks Per Hour

When it comes to drinking, contestants are limited to two drinks per hour in order to keep some order and control. While that may sound completely reasonable, it's very easy to have one too many depending how long each scene is running for.

Applicants sign up to be filmed and voice recorded 24/7 so there's no way you can hide anything from the producers. The only place the cameras and microphones are not allowed in is the Fantasy Suite.

The Word "Process" Is Forbidden

Contestants Must Have a Clean Bill of Health

Contestants undergo many interviews, personality tests and investigations into their lives before they are considered for the show. However, a simple medical exam can tell producers a lot of what they need to know about a person, such as your sexual health. Any contestant found to have a transmittable disease gets booted.

No Engagement, No Ring

At the end of the show, the winning couple seals their relationship with a flashy Neil Lane engagement ring. However, if they break up within two years of the engagement, they don't only say bye bye to each other, but the rock too, as the five-figure diamond ring goes straight back to the production company!

Contestants are required to act like choosing one date over the other is a tough decision when it may be easy to decide. This is just to make the show more entertaining. You cannot make favoritism obvious, and you have to hide it or else you'll break your contract.

The Show is a Major Time Commitment

After signing their contract, contestants are on call for 6 - 12 months. When Colton Underwood jumped over a fence to follow Cassie Randolph, he was bound by his contract to finish the production of the show anyway. Producers always get the last say of the contestant’s schedule.

Although it’s a reality show, the contestants often have to re-shoot certain scenes that are not perfectly captured. There is even footage of Peter Weber and Kelsey Weier shooting multiple takes of them leaving the same place over and over again to ensure that the directors got the best shot.

It may seem like contestants always plan the romantic dates on the show. However, romantic set ups between the cast are always organized by the producers, making the whole thing a little less romantic.

Dates May Consist of Dangerous Activities

Producers love it when the contestants take part in risky ventures in order to entertain the audience. In fact, part of the terms and conditions each contestant has to sign off on states that they may be exposed to "Serious injury, illness, disease and/or property damage."

Contestants Must Go On Every Date

When it comes to partaking in risky ventures, contestants are contracted to see through every date no mater how scary or tiring they may be. So, if skydiving, bungee jumping and car smashing are too hazardous for you, you need not apply!

There Are Strict Age Limits For Contestants

There are many versions of the hit show including international adaptations, and each have their own strict age limits. Australia's "The Bachelor" only allows female contestants between the ages of 23 and 35, while men must be between 25 and 35. To compete on the Canadian version of the show, women must be at least 19 years old and in the U.S. version women must be at least 21.

No Spoilers Allowed Under Any Circumstances

Contestants cannot under any circumstances disclose details of the show by revealing any spoilers. This includes banning the winning couple from being spotted together in public after the show ends to prevent the audience from finding out who got engaged.

There's a Hefty Punishment for Spoilers

We mentioned that spilling the beans about the show before its finale is a direct way to break your contract. But what happens if you do let some hot tea spill? Well, you can be forced to pay up to five million dollars.

No Divorcees Allowed On The Show

Being single sounds like a given when signing up for show, but "The Bachelor" has strict rules about what it means to be single for contestants. Even if you are separated or in the middle of a divorce, you cannot enter the show.

Contestants Are Required to Take a Lengthy Personality Test

Producers give personality tests to each contestant during their interview process to determine their overall mental health, which contestants are required to fill out. The test consists of 150 questions that vary from "Have you ever cheated on anyone?" to "Do you think you can control things with your mind?"

Contestants also sign up to insane terms and conditions which prevent them from being part of any press opportunities without producers' permission. So, anything outside of what ABC coordinates while you're still under contract can be very tricky to get around.

Strict Rules for Other TV Appearances

Of course, after you finish up filming the show, you are most likely gonna be contacted about making other TV appearances. However, contestants have strict career limitations. While you're still under your contract, producers get the final say on what reality shows you can be on.

Contestants Cannot Have a Criminal Records

Having any prior convictions is also a big no-no on "The Bachelor." Elyse Dehlbom was allowed on the show even though she had a DUI in her past because her offense was considered a misdemeanor. However, anyone with a restraining order against them or anyone who has committed acts of violence and moral turpitude cannot be signed up for the show.

Scenes May Depict You As the Villain

Editors have the right to edit any footage in a way that makes the show more entertaining. That goes for making someone look like the villain or making an argument seem more serious than it may have been in reality. This is something the contestants are made aware of and willingly sign up for.

Everyone Must Endure the Lengthy Rose Ceremony

The "Rose Ceremony" is not how it seems when you watch the show at home. The contestants, as well as the live audience, have to endure a long and tedious process in between each rose being given out, while the cameras rearrange their positions.

Contestants Need Permission to Hook Up

Although it's a dating show, the hit series and its spin-offs have strict rules when it comes to actually hooking up. Contestants on "Bachelor in Paradise" must get permission from producers first about who catches their eye and who they wanna get to know more.