Crazy Gym Fails That Will Give You Secondhand Embarrassment

Camila Villafane
Crazy Gym Fails That Will Give You Secondhand Embarrassment September 8, 2020Leave a comment 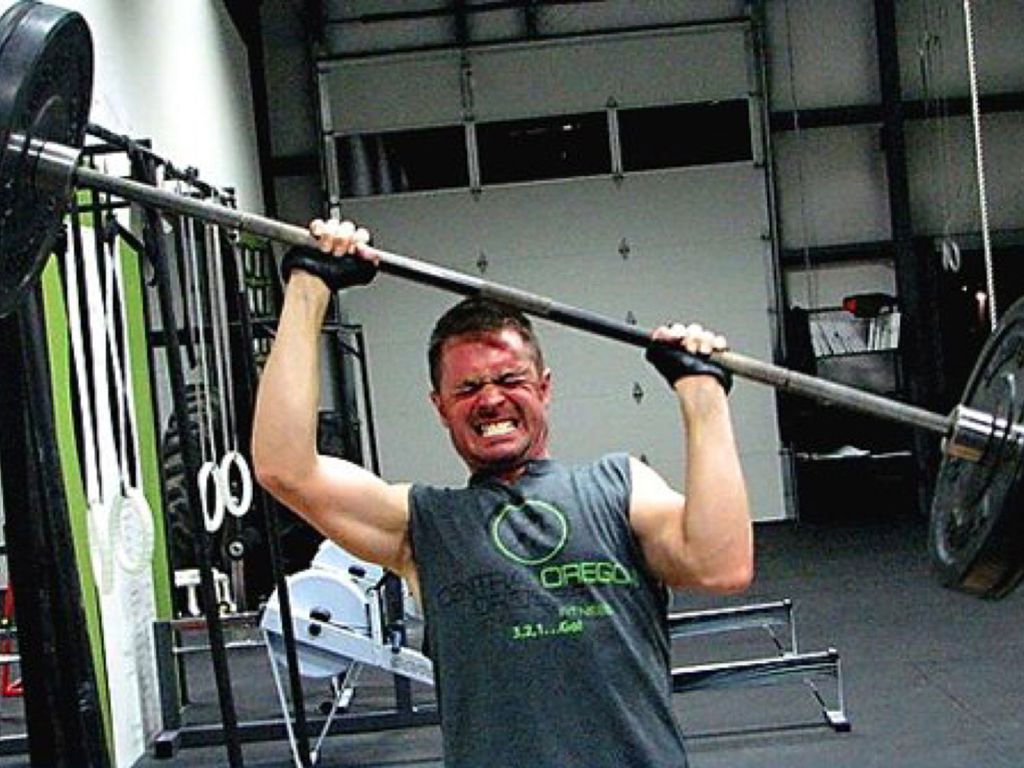 Most gym-goers don’t start out looking all buff and fit. Many of them are more like athletes in training. So, you just don’t know what type of people you’re going to find when you’re at the gym.

Maybe you’ll see someone wearing a workout outfit that’s a total fail or witness someone who doesn’t have a clue how to use a machine. As these photos prove, the gym is a funny place to be. So, prepare to laugh or die of secondhand embarrassment.

It’s Bring Your Baby to the Gym Day

This guy’s babysitter must have canceled. Unfortunately, he still had to go to the gym to work out, so he got inventive and placed his daughter in a backpack. Now he’s able to spend time with his precious little girl while getting pumped. A true multitasker!

He’s Too Tall To Do Cardio

We could all use a little more cardio in our lives, but if you’re tall like this guy, you might need to raise the bar, or in this case, the ceiling to work out. Luckily, there are plenty of ways to do cardio outside of the gym like bike riding around the park or going for a jog around the neighborhood.

He’s Bench Pressing With His Legs

This must be this dude’s first time at a gym. We wonder how long it took before the guys around him realized he was trying to do bench presses using his legs. This looks like an accident just waiting to happen.

She promised herself she'd finally hit the gym but no one said she actually needed to workout. She’s just standing on a Segway that’s on top of a treadmill while she watches television. We’re guessing she won’t be burning a lot of calories like this!

I Tawt I Taw a Puddy Tat

The woman on the left looks so surprised, and we can’t say we blame her. She was working out and doing her thing when she saw a giant cat staring back at her. It turns out that it was just some random dude wearing a leotard with a cat printed on the back.

Ronald McDonald might not look the type, but he likes to pump iron to stay in shape. We’re guessing there are no home gyms at Ronald McDonald’s house. So, he has to use a local gym just like everyone else in the world. Hey! He's got to find some way to burn off those Big Macs!

There's no better way to practice for an upcoming parade than by hitting the gym to get in some much needed band practice. There's also no better way to annoy the one guy trying to get in an actual workout than by practicing your tuba next to him!

Stumble Out of Bed and Stumble to the Gym

Sometimes you just need some peace and quiet to start your morning, and if you can't get that at home, you might be able to get it at the gym! After all, you're paying for a membership so you might as well use it to its full extent!

For those of you who don’t know, Drax the Destroyer is a character in “Guardians of the Galaxy,” and this guy looks a lot like him. But this dude’s appearance is obviously the result of putting too much stress on his body while lifting weights. It looks like his head is about to explode!

If this photo proves anything it’s that dogs really are man’s best friend. Why else would they stick around and allow themselves to get photographed doing stretching exercises at the gym? We have to admit though, the pooch is pretty adorable.

Even Potatoes Must Stay in Shape

Well obviously, Mr. Potato Head is no couch potato. He’s getting busy with this treadmill at the gym. You have to give whoever’s inside this suit some serious kudos because it’s not easy running in a costume that's so restrictive!

She’s Just Over It

Her plan to burn some calories and carbs on the treadmill was one of those ideas that went up in smoke the moment she walked into the gym. She found a better way to spend her time by sitting on a chair on top of a treadmill while watching TV.

He’s Working Out His Brain

Some people go to the gym to work out their muscles, but this guy’s working out his brain muscles. Instead of lifting weights like his other workout buddies, he’s on the bench reading a book. But he could have burned a few calories by reading while riding a stationary bike, just throwing that idea out there!

Breaking Her Back for Fitness

Some people will push their bodies to their limit in order to bench press, but this person is really taking things too far. Just look at the unnatural way that he is arching his back. We’re surprised that this guy didn’t end up in a wheelchair.

This Spotter’s Too Distracted

It’s so important to have a spotter when you’re weightlifting. A spotter is there to make sure that you’re okay and will help you if you find yourself unable to continue lifting. But this spotter is obviously too busy spotting something else.

Knit While You Jog

They say you can multitask at the gym, but this guy takes home the cake. Instead of reading or talking on his phone while on the treadmill, he’s knitting a sweater. How he’s able to knit and walk is a mystery, but it’s probably a bad idea since he can slip, fall, or hurt himself with those giant knitting needles.

Hamster Wheel for a Human

Hamster wheels... they’re not just for rodents anymore. But we would have never known about these if someone hadn’t snapped a photo of this guy using this large hamster wheel to do some cardio and burn some extra calories.

Most people go to the gym to do squats or pump iron, but this gal is wearing pumps while doing squats. You have to hand it to her. It’s a pretty bold move to throw caution to the wind and not wear the proper footwear while you're working out. But we would hate to see what happens if those heels break!

This Gymnast is About to Flop

Learning to balance on a pair of still rings is a challenge for even the most experienced gymnast. But clearly, this gal is still in training and things aren’t looking so good for her. This must be her first time on the rings and she’s about to belly flop on the ground.

It’s not easy getting off work and rushing to the gym to squeeze in a workout session before a dinner date. So, this gal skipped changing into workout clothes and started doing bench presses while wearing a dress and high heel shoes. And we have to say that she looks amazing!

They say you need to give yourself a chance to rest in between workouts. Well, this guy’s taking an entire nap, it seems. He must have really worn himself out. Since there are no beds in a gym, he decided to throw himself on top of this giant red exercise ball.

He Put Too Much Weight On

This guy put way too many plates on his squat bar and now his form is slipping. Just look at those poor knees. They’re buckling! But he would probably be fine if he took one or two plates off.

Playing Tetris on the computer or phone is hard, but trying to do it with actual people is even harder. This exercise is actually called AcroYoga and these guys are taking it to a whole new level. A lot of focus and balance is required to stack up like this and stay in this position without falling.

This guy chose to model instead of working out. Then again, you can’t blame him since he already looks good. It seems like he had everything he needed to do a selfie photoshoot, like his wavy hair and yoga pants. But maybe he’s just making fun of people who take gym selfies.

If you’re going to go to the gym, you might as well get a head start on your workout and take the stairs. But someone snapped this photo of two gym-goers who were too lazy to walk up the stairs and chose to ride on the escalator instead.

Some bodybuilders are so invested in showing off that they’ll hoard all the plates. Just ask this guy who loaded a bunch of 45-pound plates on this leg press machine so he could prove that he had the strongest legs in the gym.