If These Animal Movies Don’t Make You Cry, You Have a Heart of Stone 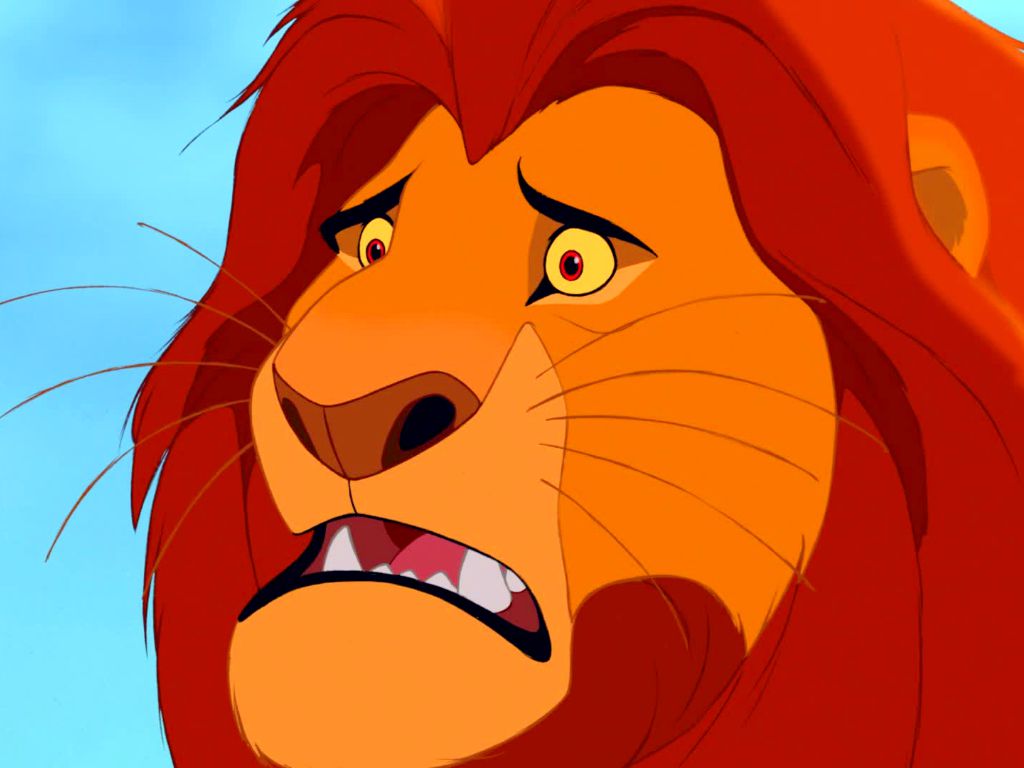 Movies are a great form of release, whether you want to escape your reality or just let it all out with a big ol' cry. There is nothing like letting those tears flow after a pinnacle scene involving an animal -- whether they're being saved or not. Here are some animal scenes that will make you cry both happy tears and sad ones. If you haven't seen any of these movies we recommend you skip this list because we're diving deep into some SPOILERS.

"Free Willy" tells the story of a boy who gets punished for tagging an aquarium so he has to take care of a whale, Willy, in that Sea World-type place. He ends up forming a bond with the whale and becomes determined to set him free and help the whale reunite with his family. The boy, Jesse, does and the goodbye scene between Jesse is so bittersweet you can't help but shed some tears.

"I Am Legend" is a post-apocalyptic movie about the last man on earth, his dog and these vampire-like creatures that have taken over the world. The friendship between the man and his dog is truly one of the driving forces of the movie so it is heartbreaking when Sam, the dog, sacrifices herself to protect her master. She gets bit by one of those creatures and Robert (played by Will Smith) has to kill her himself. It is one of the best— if not the best— scenes in the movie.

"King Kong" tells the story of a giant ape who is taken from his home on Skull Island and brought to New York City for a special show. When he escapes the show he climbs on a skyscraper, (in the original Kong it was the Empire State building) but gets gunned down by airplanes and helicopters because he is a "monster." It is truly heartbreaking.

"My Dog Skip" tells the simple but classic story about a boy and his dog. They do everything together. The boy goes off to school and Skip stays at home, and unfortunately, dogs don't live as long as people. In one of the last scenes, a simple voice over of the narrator (who is the boy grown up) says that Skip passed away while the film shows Skip relaxing on his bed. Although it's just the narrator telling it, it still hits home and is very touching.

"Marley & Me" tells the story of a couple that is attempting to start a family so they get a dog, Marley. After some setbacks of disciplining him, he ends up becoming a huge asset to the family. Like most movies about dogs— at least on this list— he passes away and that goodbye really hits home.

"Homeward Bound" is about three pets: two dogs (Chance and Shadow) and one cat (Sassy), who are determined to find their masters in a long and adventurous journey. In one of the final scenes each one runs up to their owners through a fence but Shadow, who is the oldest and wisest of them all, had trouble coming back. There is a brief moment where the boy is waiting for Shadow to appear when we think he might not have made it. Fortunately, Shadow does and is reunited with the family and that's when the tears really start rolling down.

"The NeverEnding Story" is about a boy in a fantasy land who has his trusty horse Artax along with him. In one scene Artax gets stuck in the Swamp of Sadness and he let's the swamp take him, eventually sinking into it. It's a very sad scene as Atreyu tries to pull him out but he's only a boy and can't muster enough strength to help his poor horse.

"Turner and Hooch" is about a cop who reluctantly accepts ownership of a mangy mutt after his owner gets killed. Hooch is a big mess but we love him. At the end there is a big gun fight between Turner and the bad guys and Hooch ends up sacrificing himself and getting shot to protect Turner. It's when Turner brings him to his girlfriend and local vet that he passes away. Turner's reaction really makes it hit home even more.

"Old Yeller" tells the story of a boy and his dog. It shows just how strong the bond is between a pet and his family. The most poignant scene shows the Coates family being threatened by a rabid wolf and Old Yeller fights the wolf but ends up getting bit during the battle. Travis then has to shoot Old Yeller when he starts showing signs of rabies.

In "Dances With Wolves," Kevin Costner stars as a man who actually befriends a wolf and makes it into a lovable, loyal companion. It is a pretty heartbreaking scene when you see a pack of white men just shoot his wolf purely for entertainment.

'The Land Before Time'

"The Land Before Time" tells the story of little dinosaurs that end up splitting apart from their families during a giant earthquake. During the earthquake, Little Foot's mom sacrifices herself for her son when a 'sharp tooth' (basically a T-Rex) threatens them. The tearful goodbye really makes you shed some tears, too.

'The Fox and The Hound'

"The Fox and the Hound" is a story about a friendship between a fox and a hound dog. After the fox gets adopted by an old woman the two of them develop a bond, but eventually have to part ways because a fox can't be friends with a hunting dog. You can cry through this movie so many times. One of the saddest scenes is at the end, when the old woman realizes she has to let the fox be wild and sets him free.

Beethoven is about a family and their big dog Beethoven. In one scene he is framed for attacking a man— just so the man can sue Beethoven's family for money. When he is taken away it's a real tear jerker, even when the villain lies and tells the father that Beethoven was already put to sleep, but it's at the end when Beethoven saves the day that makes you cry happy tears.

'All Dogs Go to Heaven'

"All Dogs Go to Heaven" tells the story of a dog named Charlie who turns down going to heaven to find the dog that murdered him to exact revenge. While doing so, he befriends an orphan girl who makes him reconsider his outlook on life. Their farewell and his ending decision to finally go to heaven really hits home and makes you cry throughout the credits.

"War Horse" tells the story about a horse and his journey back to his owner. Albert's horse gets sold so he enlists in the army only to find out that his horse has followed him to France to help him in battle. But the horse's journey to the finish line to save the day doesn't come without a price. This is the kind of movie that will have you crying throughout. It's one of those sad masterpieces that is perfect for a "good cry" night.

"Finding Nemo" gets to the sad part pretty quickly. In the first 10 minutes of the movie, Nemo's mom is killed by a barracuda while trying to protect her eggs. It's shocking, but that's Disney and Pixar for you to get all the feels out in the beginning. Afterwards, only one egg survived, who happens to be Nemo, and that is why his dad became so overprotective of him.

"Hachi" is about a dog named Hachi who is fiercely loyal. Everyday he waits for his master at the train station to walk him home. Even when his master passes away, Hachi continues to wait at that train station for nine years. His commitment and love for his master, played by Richard Gere, really gets those tears rolling down your face.

In "Charlotte's Web," Charlotte, the spider befriends a pig, Wilbur, and writes about him in her web. Unfortunately, a spider's life doesn't last long as long as a pig's and she has to bid farewell to Wilbur. You end up crying happy tears though when you find out she left eggs in the barn. When they begin to hatch one immediately bonds with Wilbur, similar to her mother.

'Where The Red Fern Grows'

"Where the Red Fern Grows" tells of a boy that gets two dogs and shares a bond together. Old Dan and Little Ann are the dog's names and you know what that means, two times the dogs— two times the waterworks! Old Dan gets mauled by a mountain lion and Little Ann ends up dying from a broken heart. It is truly an eternally sad film.

"The Horse Whisperer" tells of a horse trainer who helped a young girl and her horse after a traumatic accident. One of the first scenes depicts the accident - her friend and her friend's horse get hit by a truck and the girl is there to watch. It really starts you off with a deeply sad moment, but don't worry, this movie has a lot of tearful moments for you in store.

Water for Elephants is a story about a traveling circus and the people and animals in it. The beautiful story of (human) Marlena and Rosie the elephant is one of the main draws of this film. Marlena is married to an abusive man who Rosie the elephants ends up helping to kill. The climactic scene when the lovable elephant saves the day is sure to make you tear up at least a bit.

The movie "Okja" is about an animal that doesn't exist— science created it— and a girl who risks her life to save the creature. In the end, her Okja is able to leave with her but all the others that were created are still captured, in a very sad scene that is also mirrors animal captivity today.

"Independence Day" is for the most part a pretty thrilling action movie. But, there is one scene that really plays with your heart. Stuck in a tunnel, trying to escape the alien invasion, a dog attempts to follow his master, played by Vivica A. Fox. She shouts for him to come as the fire makes its way blasting through the tunnel. Boomer, her dog, jumps to her just in the knick of time, but it was an incredibly suspenseful moment.

Rounding out this list, we have to at least mention why "Bambi" is the king of all tearjerkers. "Bambi" is about a baby dear and her friends, but it isn't just cute bunnies and flowers for him. In one of the first scenes, Bambi looses his mother, who gets shot by a hunter. It is a truly heartbreaking scene that will forever stick in your memory. Disney is a great company but man do they know how to make you cry, even in their sweet cartoons.

If that picture alone doesn't have you in tears, you have a heart of stone. In "The Lion King," Simba's Uncle Scar tricks him and gets him stuck in a stampede. Scar runs and tells Mufasa, who ends up saving Simba but gets killed by his brother in the process. The scene when Simba finds his dad lying there is really what heartbreak is all about. They tried to recreate the original this year with a live action version but for some reason animated lions show way more emotion than real ones and the 1994 version really makes you shed those tears.