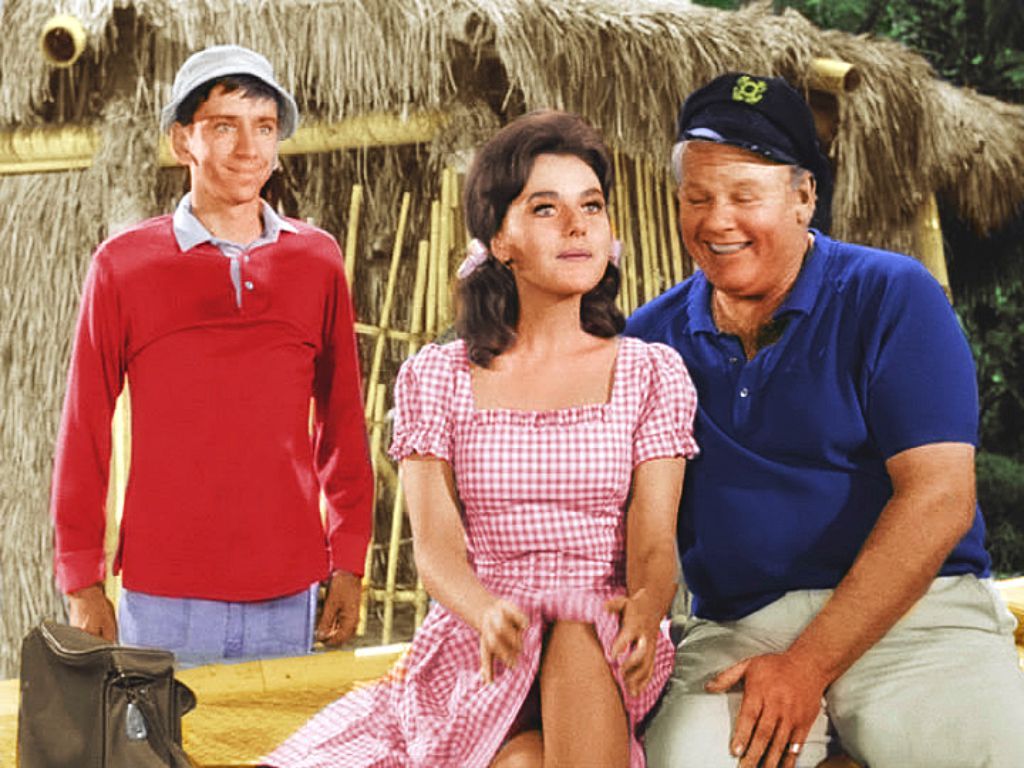 "Gilligan's Island" premiered on CBS on September 26, 1964. The show was an instant hit. Season one began in black-and-white, and season two started with a bang being showcased in full color. "Gilligan's Island" is a show that has forever impacted our culture, and about 60 years later, it's still on the air. With all the time that passed, it's a wonder to how this show came to be.

Sherwood Schwartz wanted Jerry Van Dyke to play the role of Gilligan. However, after reading the script for the pilot episode, Van Dyke turned it down, saying it was the worst thing that he had ever read. Instead, he took the lead role in the short-lived television series "My Mother The Car."

Alan Hale Went on an Adventure to Get to his Audition

When Alan Hale Jr. got the call to audition to play the Skipper, he was in the middle of filming "Bullet for a Bad Man" in St. George, Utah. Unable to get time off from filming, Alan snuck off the set. He traveled to Los Angeles via horseback, hitchhiking, airplane and taxi cab to make it to his audition. And when it was over, he traveled back to Utah, in the reverse order.

Production was Delayed by the Assassination of President JFK

It took several days to film the pilot episode in Hawaii during November of 1963. Unfortunately, during filming, the crew received news that President John F. Kennedy had been assassinated. Production was delayed when Lyndon Johnson announced that all military installations would be closed for a period of mourning.

The bombshell of the 1960's Raquel Welch was among the many actresses who auditioned for the role of Mary Ann on "Gilligan's Island." Raquel did not have the "girl-next-door" vibe, so she was out of the running. Eventually, the role went to Dawn Wells.

Mrs. Howell Did her Own Stunts

Natalie Schafer, who played Mrs. Howell, insisted on doing a majority of her owns stunts, even though she was in her mid-60's during production. To stay in shape, Natalie would swim in the nude in her pool and go on an ice cream diet, in which she would eat nothing but a quart of ice cream spread throughout three meals.

A Different Cast Appeared in the Original Pilot Episode

The original pilot, entitled "Marooned," did not air until 1992. The cast included John Gabriel as the Professor, as well as Kit Smythe and Nancy McCarthy as secretaries Ginger and Bunny. All three actors were replaced when CBS picked up the series. However, the character of Ginger was changed into a movie star, and Bunny became farm girl Mary Ann.

The Voice on the Radio Should Sound Familiar

Charles Maxwell was the voice heard on the castaways' portable radio. He was a well-known character actor who appeared on TV shows like "Bonanza," "Gunsmoke," and "The Rifleman." Ironically, his longest reoccurring role was on "Gilligan's Island."

If you have ever paid close attention during the opening credits of "Gilligan's Island," you may notice something interesting in the background. There is an American flag flying at half-mast. During the filming of the show, President John F. Kennedy was assassinated. When the production was allowed to film in Honolulu Harbor, the flags were still at half-mast.

The Wellingtons Sang the Theme Song

The theme song, "The Ballad of Gilligan’s Isle," was written by Sherwood Schwartz and George Wyle. Originally, the song was performed by the band the Wellingtons. You may remember them since they also sang " The Ballad of Davy Crockett." In the later seasons, the band was replaced by The Eligibles.

Where Was the Island?

Though the exact location of the island is never given, the show hints at where the crew members are stranded. In the episode entitled "It's a Bird, It's a Plane," the U.S. Navy spot Gilligan as they fly over the island. They announce that the location is about 250 miles south of Hawaii. However, other episodes indicate an island closer to Mexico's Pacific Coast.

Gilligan's Name was Chosen out of a Phone Book

Instead of hearing “The Ballad of Gilligan’s Isle,” the original pilot episode included a calypso style song which was sung by the show's creator, Sherwood Schwartz. The theme song was composed by famous Hollywood composer John Williams, the same man responsible for creating the soundtracks for "Star Wars," "Harry Potter," and "Jurassic Park."

The Show was Filmed in Studio City, California

The pilot was filmed on the tropical island of Kauai, Hawaii, but the entirety of the series "Gilligan's Island" was filmed in Southern California. A lagoon set was built at the CBS Radford Studios. However, in 1995 it was torn down to make room for more employee parking. The rest of the show was filmed on soundstages that later became home to "The Mary Tyler Moore Show."

Mary Ann is the Only Actor Who Still Gets Paid

While most of the cast signed a standard contract for the 1960's, Dawn Wells asked for an amendment to the residual clause; this stated that an actor would only receive payment for the first five repeats of each episode. The producers never thought that the show would still be on the air 50 years later and granted it. So, Dawn is still getting paychecks for her role.

The producers of "Gilligan's Island" had initially reached out to a big movie star to play the role of Ginger. Jayne Mansfield was approached, but not wanting to be typecast in her career, she turned down the opportunity. Tina Louise was cast as Ginger, and this was the role that propelled her own career.

During season one of "Gilligan's Island," Hale broke his arm during production. He said that during a scene in which he had to fall out of a coconut tree, he missed the crash pads and smashed his right arm into the floor. He didn't want to disrupt filming, so didn't seek medical treatment until they finished the season.

The S.S. Minnow was Named After Someone Famous

The choice to name the boat the S.S. Minnow was not coincidental. It was an inside joke and a jab at the then-head of the FCC Newton N. Minow. He made a speech in which he referred to the television programs at the time as being a "vast wasteland." Saying that "when television is bad, nothing is worse."

The Concept of the Show Came from a Classroom

Sherwood Schwartz attended New York University, and one day in class, his professor posed a question to his class: if they were stranded on a desert island and could have one item, what would it be? Well, it stuck with him for years. Later, it gave him the foundation of what would become the iconic TV series "Gilligan's Island."

The Show Was Meant to be Social Commentary on World Politics

In the book, "Inside Gilligan's Island: From Creation to Syndication," Sherwood Schwartz explained his true idea behind the comedy series "Gilligan's Island." He stated that he wanted to break down the societal barriers around social classes. He wanted audiences to see that when survival is necessary, we can all get along.

Two Characters Were Not in the Original Opening Credits

The Professor and Mary Ann were not added to the opening credits or the theme song until season two of "Gilligan's Island." It was Bob Denver, who played Gilligan, that talked to the executives to reshoot and rescore the opening to ensure that Russell Johnson and Dawn Wells received full credit.

The U.S. Coast Guard Received a lot of Fan Mail for the Show

Sounds a little weird, but the U.S. Coast Guard received a lot of mail from fans of "Gilligan's Island." Now, not all people who watch TV series are very bright, and a fair amount of viewers sent mail with the hopes that the castaways could be saved. They didn't realize it wasn't real! But, where did they think the laughter and music on the show came from?

James Aubrey, the President of CBS, did not agree with Sherwood Schwartz's vision of "Gilligan's Island." He disagreed so much that to prove a point, he created a television series called "The Baileys of Balboa." The show centered around a charter boat captain operating in a marina. It did so well on the air that it lasted for only one season.

The Series Had a Strange Ending

Spoiler alert: the castaways do not get saved from the island at the end of the series. The reasoning behind this, however, was unintentional. The show was slated to air a fourth season, but the network wanted to make room for the TV series "Gunsmoke," so "Gilligan's Island" received the ax.

Many Actresses have Played the Role of Ginger Over the Years

Ginger Wasn't a Big Fan of the Show

Tina Louise, who played Ginger, was not the happiest person on the set of "Gilligan's Island." While everyone else would hang around together off-screen, she would isolate herself. It later came out that she thought she was going to be the star of the show. When her agent had pitched her the concept, they said that she was a movie star stranded on an island. She took that idea and ran with it.