Matthew Loffhagen
Couple Turned Their Lives Around in Just One Year By Cutting Out This Food December 30, 2019Leave a comment 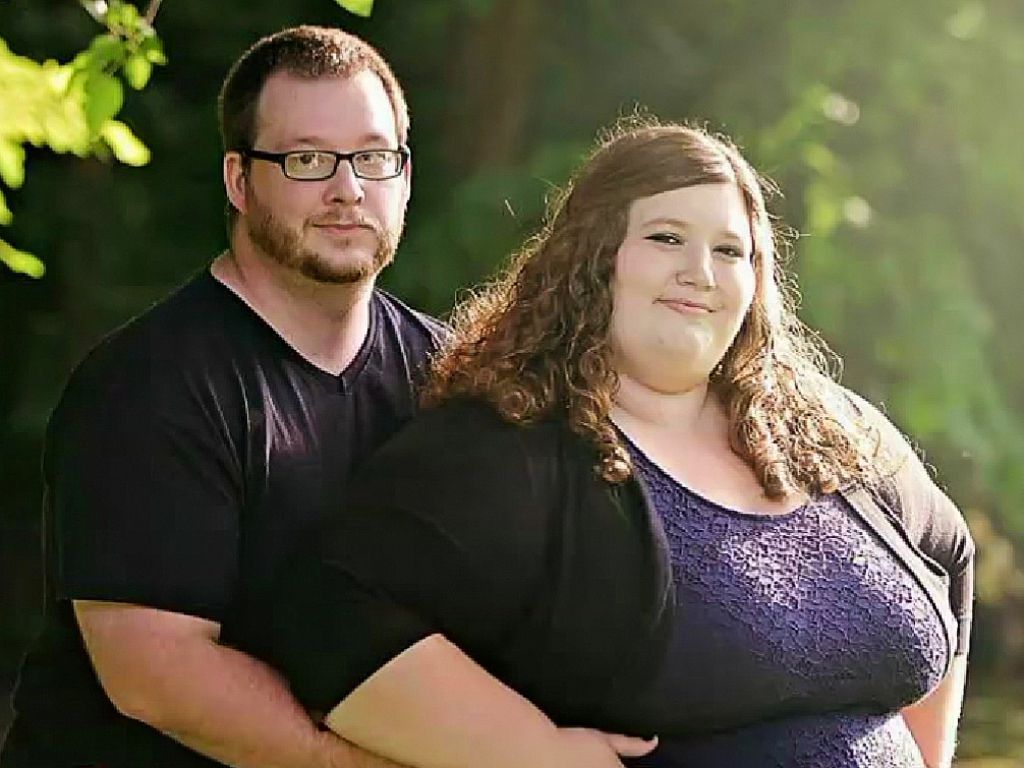 Lexi and Danny Reed went from dangerously obese to incredibly lean and healthy over the course of three years. Here's the story of how a pair of couch potatoes turned themselves into fitness experts.

Lexi and Danny Reed are a pair of talented fitness bloggers - although you wouldn't know it to look at pictures of them from a few years ago. The Reeds' journey of transformation is nothing short of astounding.

Best friends for over ten years, Danny and Lexi fell in love. While their lifestyle together wasn't particularly healthy, Lexi appreciated that Danny loved her for who she was, regardless of her weight.

In Need of Change

At her heaviest Lexi weighed over 485lb. Her self-esteem was thankfully very robust, but she did feel like her size was severely damaging her quality of life.

Unable to go on simple dates such as walking along the beach, the Reeds instead would spend hours binge-watching television, all while constantly eating. Danny was far from in-shape himself, weighing up to 280lb.

When the pair got married, Lexi had a real challenge finding a wedding dress that fit. She felt like many bridal stores failed to see her as a bride, and were unable to help her feel special.

"Nobody knew how to make me feel like a bride, and not my size," Lexi said, "Thank god I was strong enough to know my worth, and kept searching for my 34W dress even though I questioned if I would ever find one."

The pair's wedding day was wonderful, but they didn't get to do everything they wanted. Lexi was too large to fit into an airplane seat, so the newlyweds weren't able to take an exotic honeymoon.

Lexi had a dream. She wanted more than anything to travel to Orlando to visit the Wizarding World of Harry Potter theme park. Finally, at the start of 2016, she decided to do what needed to be done to make this dream come true.

As a New Years resolution, Lexi decided that she wanted to make a big change to her lifestyle. Danny wasn't quite as enthusiastic as he enjoyed their lazy life together, but he was determined to support his wife and help the pair of them lose weight, together.

The Bet Was On— No Soda

Upon hearing what the Reeds had planned, a pair of their friends made a bet with them: "no eating out, no soda, no alcohol, no cheat meals, and working out for 30 minutes five times a week." It wasn't going to be easy, but everyone agreed to the challenge.

Sticking to their new regime was difficult. It meant finally learning to cook together rather than eating out in restaurants or ordering takeout. It also meant finding the perfect gym.

In spite of her healthy self-esteem, Lexi didn't want people staring at her while she exercised. She also needed to find the perfect gym equipment that wouldn't hurt her joints while she worked out.

Eventually, the pair found the perfect gym that wasn't too busy, and fell into a routine that worked for them. Flush with success, Lexi found herself losing 20lb a month, but this didn't last forever.

Eventually, Lexi's weight loss began to slow. It was clear that if they really wanted to change, they'd need to make a more permanent commitment to healthy living.

In order to help the pair feel like they weren't missing out, they learned to cook lean, protein-rich versions of their favorite foods. They wouldn't ever be able to go back to their previous habits, so they needed to find ways to be happy with regularly exercising.

After a year of their new lifestyle, Danny had managed to lose over a hundred pounds, coming down from 280lb to a much healthier 190lb. Lexi had lost a lot of weight as well, but she still had a long way to go until she hit her goal.

Finally, the pair could go on dates. They went hiking and camping, and even finally got the chance to go on Lexi's dream vacation to Orlando to see Hogwarts.

Thinking of the Future

For the first time, the pair were also able to genuinely consider the future of their family. Having children would have been impossible for Lexi before she had started dieting, but now they could see themselves becoming parents.

In an interview with "Life & Style" Lexi said, "In 5 years, I see us starting a family as well as finding ways to help more people change their life the same way that we have with diet and exercise."

Lexi was determined to lose even more weight. She had a goal of losing 300lb over three years, and she wasn't about to stop. She started posting daily photos on Instagram, under the username @fatgirlfedup, to help keep herself motivated.

Lexi's photos won a lot of attention as hundreds of thousands of people began following her. The pair also started a YouTube channel where they could share inspirational messages to others who were hoping to get healthier.

The Reeds' story was featured on television, they were invited to the Screen Actor's Guild Awards where Lexi was honored by L'Oreal Paris and TNT Drama. Their decision to change their lives had given them a tremendous platform to help others.

Lexi and Danny continue to work out regularly together. They're now able to live far more fulfilling lives, and will often start a date night with thirty minutes of light cardio to help keep in peak physical shape.

The Reeds show that no matter the challenge, it's possible to achieve your goals if you're willing to work for them. It might take a lot of patience and effort, but anyone can make a positive improvement in their quality of life.