The Untold Truth of “The Brady Bunch”

Camila Villafane
The Untold Truth of “The Brady Bunch” August 10, 2020Leave a comment 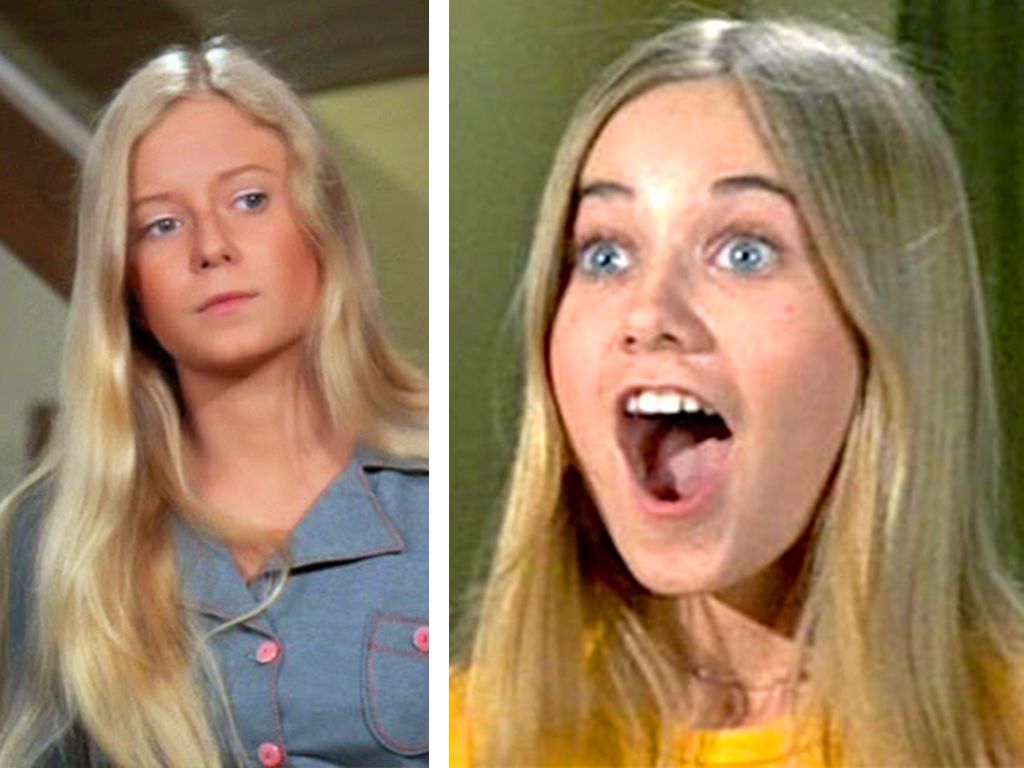 Here’s a story of a lovely lady and a man who blended two families and became “The Brady Bunch.” The popular sitcom has been in syndication for decades and generation after generation have fallen in love with the Brady's.

But this popular TV family has a couple of untold truths that will shock even the most loyal viewers. Do you know why the Brady's dog Tiger disappeared or which cast members secretly had crushes on their co-stars? Find out below!

Florence Henderson wanted Carol to have a job in the series. She asked producers if her character could do that. But the writers said no because they wanted Carol to be like the women of that era. But they compromised by having Carol doing volunteer work like fundraising for charity.

The Brady Kids' Bathroom Had No Toilet

The show had a lot of scenes shot in the Brady kids’ bathroom. To the untrained eye, the bathroom looked normal. But it turns out that there was no toilet in the room and network censors were to blame.  At the time, they didn’t want toilets to appear onscreen.

The Disappearance of Tiger

During the show’s early beginnings, the Brady’s had a dog named Tiger. While filming an episode, it was hit by a car when the trainer took the dog for a walk. Then producers brought in a new dog to play Tiger, but the dog was scared of everything on set. So, Tiger never appeared on the show again.

Most of the actors playing the Brady kids could sing, but Christopher Knight who played Peter Brady couldn’t sing to save his own life. Knight claimed that he was such a bad singer that the producers suggested that he try lip syncing.

Cindy Was Jealous of Jan

Eve Plum, who played Jan Brady, started to grow into her looks and developed at age 16. When this happened, Christopher Knight and Mike Lookinland took notice. But Susan Olsen didn’t like that Eve was getting so much attention based on her looks and she got a bit jealous.

The Brady Bunch Had a Cat

The boys had a dog named Tiger while the girls had a cat named Fluffy. In the pilot, Tiger chased Fluffy and caused serious damage during the wedding. But after the first episode, Fluffy was never seen or heard from again.

Mike Brady may have been the best dad ever, but so was Robert Reed. The actor was a father figure off-screen to all the kids on the show. In fact, he was so cool that he took everyone on a family vacation to London. After his death, Mike Lookinland and Susan Olsen claimed that Reed was there for them more times than their actual dads.

Cindy Had a Lisp

Fans of the show may recall that Cindy Brady had a lisp and had a tough time pronouncing the letter S. The writers even did an episode that addressed the lisp. But offscreen, Susan Olsen worked with a speech therapist because she really did have a lisp.

The Kids Had Braces

Audiences got to see the kids experience their growing pains as they got older. During the course of the series, some of the kids like Susan Olsen, Maureen McCormick, Eve Plum and Mike Lookinland all had braces on the show and when McCormick got them, it was written into her character.

In season one, Florence Henderson wore a wig because before the show started filming, the actress starred in an off-Broadway revival of “South Pacific.” She wasn’t even around to film the show’s first six episodes either because she was finishing up the film “The Song of Norway.” But when the film wrapped, she went in, donned a wig and filmed her scenes.

In the “Oh My Nose” episode, Marcia got hit in the nose with a football that Peter had thrown at her. But it wasn’t actually Peter who threw it at her. Christopher Knight couldn’t hit the mark so the show’s producer, Sherwood Schwartz had to throw the ball at Maureen McCormick.

The Role of Carol Brady Almost Went to Someone Else

Joyce Bulifant from the “Mary Tyler Moore Show” almost got the role of Carol Brady. The reason she didn’t get the part was because after casting Anne B. Davis as Alice, the producers wanted someone with a different personality, and Florence Henderson got the role.

Gene Hackman, who later became known as Lex Luthor in the original “Superman” films, almost played Mike Brady. In fact, Robert Reed was the show’s second choice. But at the time, executives didn’t feel Hackman was well known enough for television viewers whereas Reed was a big name star who could attract more viewers.

"The Brady Bunch" never made it into the top 30 in the Nielsen ratings, but somehow it managed to stay on the air for 117 episodes. The show didn’t do well on primetime. But after it went into reruns in an after-school time slot, a younger audience fell in love with the series.

Schwartz wanted the kids to have hair that matched their parents. So, the girls all had to have blonde hair. But Susan Olsen who played Cindy had to get her hair bleached. Unfortunately, this caused her hair to start falling out during season two.

Robert Reed Was a Trouble Maker

Robert Reed rarely saw eye to eye with Schwartz. In fact, the men argued over storylines and scripts all the time. It got so bad that Schwartz had Reed written out of the series finale, but they allowed the actor to stay behind-the-scenes because the kids loved him so much.

The Back Door Didn’t Have Glass

The backdoor that separated the home’s interior from the patio didn’t have glass doors. Producers had to remove them because light kept reflecting off the glass. So, every time Alice would open the door to call the kids in for dinner, she was just pretending there was glass there.

Henderson Got Caught Where No Man Had Gone Before

Henderson had arrived late for her screen test and couldn’t find someone to do her makeup. But she found a makeup room on the “Star Trek” set which shared the same studio space with the show. Henderson claimed she sat in a makeup chair between William Shatner and Leonard Nimoy, who ignored her the entire time.

Greg Was Under the Influence in One Episode

Williams, who played Greg, later admitted to experimenting with controlled substances as a teen while he had a day off. But then, the show’s producers called him into work to film the episode “Law and Disorder” in 1973. “I’m a much better actor when I am completely sober than when I’m high,” the actor later admitted during a Brady Bunch convention in 2014.

Peter Was in Love With Cindy

Christopher Knight, who played Peter Brady, was in love with his on-screen sister, Cindy, who was played by Susan Olsen. Maybe it was just the kind of puppy love that most kids experience when they’re young but then another onscreen sister caught Knight’s eye...

Greg Went on a Date With His Mom Carol

When he was 16, Barry Williams who played Greg Brady had a huge crush on his TV mom Florence Henderson. So, he asked her out on a date and she said yes. But she didn’t realize it was a date at the time and she went along with it and he got spend some clean and friendly quality time with her.

Greg and Marcia Kissed in Hawaii

Barry Williams who played Greg and Maureen McCormick who played Marcia were onscreen siblings. But in real life, they were romantically attracted to each other. And during season four, when the Brady’s went to Hawaii, the two actors kissed for the very first time.

From Cindy Brady to Political Commentator

Susan Olsen is the actress who played Cindy Brady, the youngest of all the children. Then she became the co-host of the political radio show, “Two Chicks Talkin’ Politics.” But the tough political commentator got into a spat with a gay actor which got her fired from the show.

Robert Reed played Mike Brady, the patriarch of the family, but no one knew at the time that he was gay except for Florence Henderson, who played his wife, Carol. She knew right away something was off because he was always uncomfortable doing romantic scenes. Then he came out to her and they started practicing before hugging or kissing scenes to make them look more believable.