Things Only Adults Will Notice in “Saved By The Bell”

Karla Pavelka
Things Only Adults Will Notice in “Saved By The Bell” March 19, 2020Leave a comment 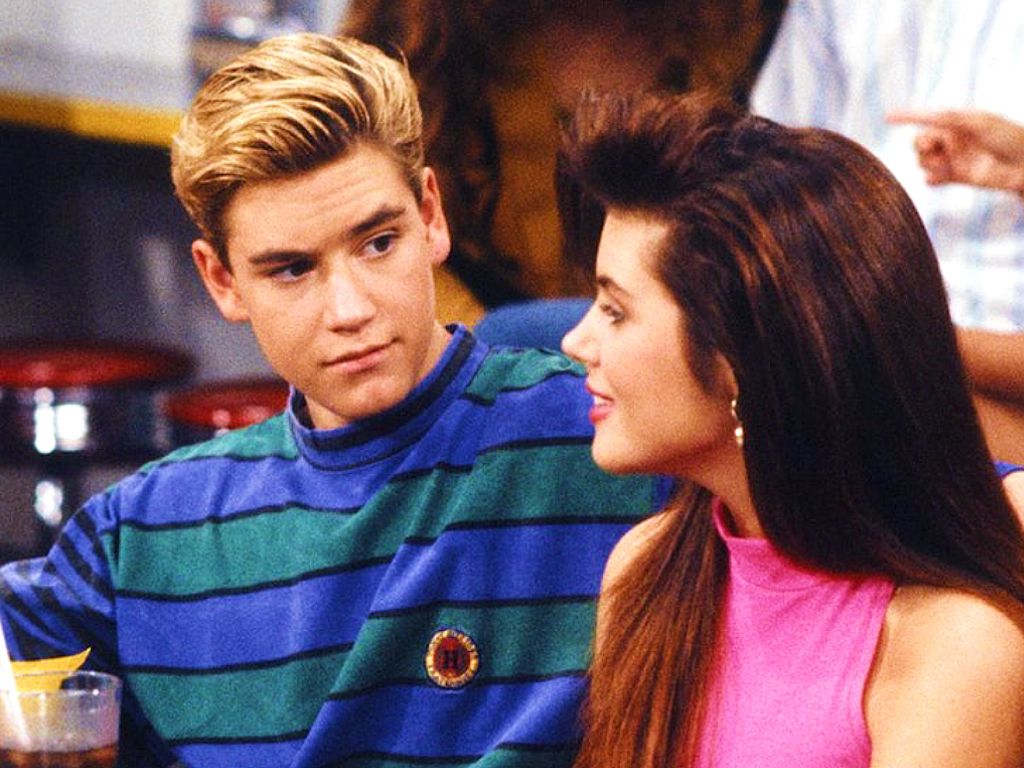 If you watch "Saved By The Bell" today, it won't be the show you remember. From the weird to the downright uncomfortable, here are the things you will only notice as an adult watching this '90s series today. Be thankful that these things went over your head when you were a kid and find out what you missed out on realizing way back when...

Mr. Belding is Not a Great Principal

Yes, okay, it's a comedy show, but as an adult, there are things Mr. Belding does that make you suck in air through your teeth. He sometimes acts more like the gang's pal than their principal. He gets way too involved in their lives, like when he tried to set up students on a date with his niece. As an adult, you just don't want a principal getting involved in a student's dating life, because that means you're getting involved in their sex life. No thanks.

With the show set in LA, part of Zack's appeal was being a California surfer type. Part of that package was blonde hair. But now that we've seen actor Mark-Paul Gosselaar in other roles, we know that he's not a natural blonde. The actor recently admitted he hasn't dyed his hair since 1997.

Screech Can be Downright Creepy

It Was a Giant PSA

While we remember the show fondly, there are some episodes that seem downright cringe-worthy in their preachiness now. 'No Hope with Dope' falls into that category. In it, the evil drug that's going to destroy their lives is... wait for it.... marijuana. As a kid, that seemed believable, but looking back, it's laughable.

It Was Very PG

The show took on serious issues. Among them was drug addiction. But they handled it in the most PG way possible, with Jessie getting addicted to, of all things, caffeine pills. With shows like "Euphoria" on the air, this now seems hopelessly quaint. The producers had originally intended to use speed in the episode, but were forced to use caffeine pills by the network.

The show was grounded in reality. Aside from taking on some serious issues, it focused on the very real day-to-day life of high schoolers. There was one noticeable exception, however. Zack could occasionally freeze time, which, in retrospect, seems very out of place.

Few things seem as odd as the sudden appearance of Tori. It corresponded with the sudden disappearance of Kelly and Jessie. After their final season, the show was on the brink of being syndicated if they made 100 episodes, which required the show to film another 10. Unfortunately, not all of the cast was available. While you didn't question Tori showing up when you were a teen; on re-watching, it seems extremely odd.

Tori wasn't the only character who mysteriously appeared. So did Eric, Lisa's jerky stepbrother. But such was television in the 90s. You just suspended disbelief. Characters came. Characters went. Questions were not asked. Life went on.

They weren't famous at the time, of course, which is why they didn't stand out. But in retrospect, the show had a star-studded cast of guest stars. Leah Remini, Tori Spelling and even Denise Richards made appearances. You could make an entire episode of "Before They Were Famous" that focuses on "Saved by the Bell" guest stars.

Jessie Spano is a Stereotype of an Annoying Feminist

While the show gets some credit for introducing feminism as a concept, it loses points for how it did it. Jessie's views were portrayed as annoying to her friends. She was seen as the one who ruined the fun. By showing a feminist character, but making her the annoying one, she created an introduction to feminism that was hard to erase in viewers' minds.

That Wasn't Them Singing

Occasionally, the gang would sing. On original airing, you didn't even question it. But with the dawn of shows like "Glee," where actors were picked because of their vocal talent, it makes it so obvious that the actors were dubbed in the re-watch. They did what made sense at the time, but now it's glaringly obvious.

It's hard, when you're in an era, to say what its defining characteristics are. But "Saved by the Bell" clinches our mental image of the 1990s. It's full of bright colors and geographic shapes. When we think of 90s style, this show is what we think of.

Screech is Too Real

The character of Screech was supposed to be a lovable weirdo, emphasis on weirdo. But there was something about that character that felt too real. When actor Dustin Diamond came out with his own adult film titled, of all things, "Saved by the Smell," it became clear that he wasn't just a brilliant actor. He was a bit of a weirdo himself.

Their Backstories Make No Sense

Originally, the show's first season was actually a show called "Good Morning, Miss Bliss." The show was set in Indiana. Suddenly, once the students were in high school, it was set in Los Angeles. The stories never quite matched up. It seemed like they could have just abandoned the backstory, and never even mentioned it, rather than creating the inconsistency.

Zack Can be Downright Creepy

There are some things that haven't aged well. The way Zack treats women in some episodes falls into that category. Taking unwanted photos of teenagers in swimsuits and then selling a calendar of them, instead of being a source of wacky hijinx, is unethical at best, criminal at worst. And putting subliminal messages on tape to get women to do what you want is probably not a plot line that would survive in a comedy show for teens today.

At the time, it seemed cute. Before they were a couple, he was so into her that he worshipped her. But now it seems stalker-ish. Imagine if your kid asked for a life-sized photo of a real-life friend of theirs to hang in their bedroom. You'd say no. You know you would. At some point, when Zack became a teenager, this was upgraded to a life-sized cutout, which is even more creepy because that meant that teenaged-boy Zack had something more three-dimensional to interact with, if you're catching the drift. Yikes, right?

Zack Was Awful in Other Ways, Too

Part of the premise was that Zack was a lovable scamp. But many of his schemes haven't stood the test of time. There's a whole Funny or Die series dedicated to this idea called "Zack Morris is Trash." In it, they explore Zack's various schemes and talk about how terrible he is, and honestly, they make a lot of sense.

Zack and Screech Would Never Have Been Friends

High school now is a different world. Bullying has consequences. But high school in the 90s was dog-eat-dog. Bullying was ruthless and unchecked. And in that world, the separation between preppies and nerds was a dividing line that was ne'er to be crossed.

Zack and Screech Shouldn't Have Been Friends

Zack treats Screech pretty badly. His schemes often put Screech in harm's way. If you're a parent now, you look at Screech and shout, "No! Don't listen to your sociopathic cool friend! It's not worth it!"

Actually, Nobody Should Have Been Friends with Zack

No one is immune to being treated badly by Zack. When Jessie runs for class president, Zack sabotages it just so he can get a free trip to Washington. He gets into a physical fight with Slater. Tricking people, fighting people and lying to people is just how it is with Zack Morris, even if those people are his friends.

Slater Should Have Kicked Zack's Butt

Speaking of fights, when Zack and Slater did rumble, it should have been absolutely no contest. It's not only that Slater is physically bigger than Zack. He also knows how to use his heft. He was on the wrestling team, for God's sake. Zack didn't stand a chance, but somehow, we bought that he held his own.

Jeff is a Predator

A college-aged man dating a high-school aged girl shouldn't be a thing. But it was on "Saved by the Bell." Jeff, Kelly's manager, ends up dating her. Yes, he turned out to be a cheating creep. But really, that shouldn't have been the problem. The problem should have been him dating an underaged girl.

"Running Zack" Was Not Okay

Although the show didn't often address race, when it did, it did so poorly. There's an episode titled "Running Zack" where each character explores their ancestry, which results in Zack being insensitive towards Native Americans. Gosselaar has even apologized for the episode.

These Uniforms Remind You of Anything?

Speaking of insensitive, what is up with these? Costume designers could pick anything, right? Why pick this? You could do anything else. At all.