Jen Arbues
TV Shows That Jumped The Shark A Long Time Ago And Need To Die December 12, 2017 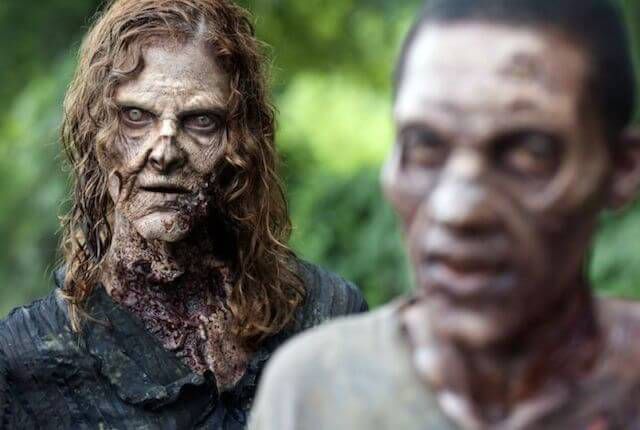 TV series are fickle. One season of a show might be the greatest exploration of modern storytelling to hit the small screen. But its follow-up may be nothing more than one big, hot, flaming pile of garbage. (See “True Detective.”) Some series manage to push past the sophomore slump and stay great for years. But others just drag on. And there's no discernible end in sight. These are the TV shows that should be cancelled. Because they have way, way overstayed their welcome.

As much as we love Claire Danes as Carrie Mathison (and we do), we can only take so much of her brand of crazy on “Homeland.” Yes, we get it. She’s bi-polar and has a penchant for exactly the wrong type of guy. But it’s the same crazy obsessive behavior week after week. Time to let it go.

A show with more than its fair share of ups and downs, “Family Guy” was cancelled by Fox initially after its second season, then again after its third, before eventually being brought back for another 13 seasons. Honestly though, it’s probably 10 seasons too many. There are only so many dick jokes.

“Supernatural” has had a great run, at least in comparison to some other series on this list. But Jesus, 13 years is long enough. Showrunners should have pulled the plug as soon as they did the same to Bobby (the first time), but with all this death and rebirth, who’s to say when it’ll end.

You would think that after the controversy surrounding its two lead Asian actors leaving over an equal pay dispute (hello, 2017!), “Hawaii Five-0” would have done the decent thing and just bowed out altogether. But oh no! It’s still holding on, with or without casting diversity.

Its repetitive jokes, canned laughter, and awkward portrayal of “smart people” leave so much to be desired. “The Big Bang Theory” was never all that funny to begin with, but it’s somehow managed to hold on way beyond its expiration date. We think it’s definitely time to put this one to pasture.

“Modern Family” actually used to be pretty original and entertaining. But these days, it just feels so tired. Even the cast seems to be a little sick of each other at this point, so pulling it from the ABC lineup may be the best thing for it — and its fans — now.

“Once Upon a Time”

You know it’s time to cancel when we get a complete reboot with a mostly new cast. We’re sorry, but you can’t just get rid of people that have been at the center of a show for years in favor of a revamp. Just create a new show altogether. Or a crappy spin-off destined for death in two years.

How can you just write off a main character after 12 seasons, “Criminal Minds?” You can’t. You know how we can tell? Because his replacement only lasted a season, that’s how. If you can’t keep your people, what’s the point of keeping the show?

CBS is one of those networks that really only caters to the 50-and-up crowd, so we guess it isn’t surprising that “Blue Bloods” has continued to air new episodes, even eight years later. Granted, we haven’t sat down to watch many of them. But we can also find better things to do on a Friday night.

“NCIS” is the slightly newer version of “CSI,” a procedural cop drama that took place in a Las Vegas science lab as opposed to a Navy science lab but also went past its expiration by multiple seasons. There’s only so much you can do to investigate a crime each week, and we’ve definitely seen it all.

“SVU” is one of those guilty pleasures that we only share with our best friends over an entire bottle of wine, but even we can admit that it’s time to pull the plug. Det. Benson is beyond preachy these days, spending 50% of her time on the verge of tears and the other 50% picking unnecessary fights.

Is this show really still on? Has the premise changed at all? Are people legitimately trying to survive on a desert island? You know, if they just changed it to a “Lord of the Flies” theme, “Survivor” could have a real renaissance.

“Keeping Up with the Kardashians”

Jesus Christ, someone make this family go away already. From the cheap plastic surgery to the garbage makeup lines to the not-so-subtle nod to spouses’ clothing brands, there is nothing left of this show that’s worth watching, and that includes Khloe. Sorry ‘bout it.

How many more seasons of singing competitions must we, the American people, endure? Have we not found the greatest vocal talents in the country by now? And is Adam Levine really the best gauge for musical talent out there?

“Catfish” was a great movie, whether or not you fully buy into its authenticity as a documentary. “Catfish: The TV Show” was also great. For the first season, before every episode began to feel like the same episode with the same poor idiot being duped by the same desperate catfisher.

As much as we might enjoy watching a group of guys rip people off so they can make a buck off of family trinkets, 14 seasons of it is beyond tiresome. It’s the same sh— every time. And regardless of how much you want to argue it, your great aunt’s doll collection will never be worth $5000.

“The View” has been on since a lot of us were in elementary school and even more were taking our first steps. Has it given us anything in 20 years outside of Whoopi Goldberg’s unsolicited advice? No. Point being, it’s like a soap opera, only minus the actors’ charisma and entertaining storylines.

We love “The Simpsons,” but there’s no denying the show has been feeling a little tired now for… well, years. It’s the same thing week to week. A funny-ish spin on current affairs, family drama, and the like. We’re totally fine hearing “D’oh!” in reruns on FX from here on out.

Fans of “The Walking Dead” will surely disagree with us, but hear us out. Every season is basically the same: set up a colony somewhere, get into a quarrel with a neighboring faction, war with said neighboring faction, and move on. All while Carl does exactly the opposite of what he’s told to do.

“Grey’s Anatomy” should definitely have been cancelled the second Lexie and McSteamy — two of the greatest characters written into this hospital melodrama — were killed off in that bizarre plane crash incident. But it wasn’t. That happened back in season 8. We’re in 14 now, and with no end in sight.