These Are Without a Doubt The Darkest Moments In Disney Movies

Camila Villafane
These Are Without a Doubt The Darkest Moments In Disney Movies December 11, 2017 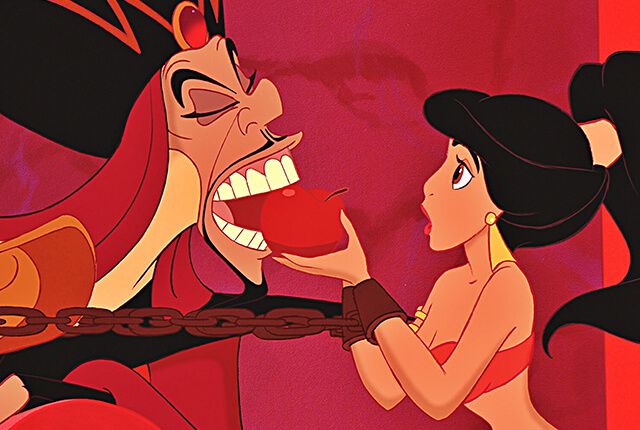 We'd like to think that children's films are all about the good guy beating the bad guy. And princesses living happily ever after, of course. But some movies have a downright bizarre and grim storylines that can be scary as hell. So here are the absolute darkest moments in Disney movies you wish you could forget.

“Hunchback of Notre Dame,” When Hunchback Gets Tortured

A disfigured Quasimodo stays locked up in the Notre Dame Cathedral's tower and rings the bell. During the Festival of Fools, Frollo's thugs start a riot, leading a crowd to torture Quasimodo, and proving that people are complete and total as*holes.

When the Blue Fairy gives Pinocchio life, she offers him the chance to become a real boy if he behaves. Of course, he doesn't, and goes off to explore the world. But he gets caught in a child trafficking ring and barely escapes in time to rescue his father, Geppetto. Pretty family friendly...

“Snow White And The Seven Dwarfs,” The Murder Attempt

The Evil Queen orders a huntsman to cut out Snow White's heart and bring it to her as she didn’t need the extra competition in the beauty department. Hum, sounds reasonable? When he fails, the queen tries again, but this time, she disguises herself as an old lady and gives Snow a poisoned apple.

“Nightmare Before Christmas,” Santa Gets Tortured

Jack, the king of Halloween Town, sends his minions, Lock, Shock, And Barrel to Christmas town to steal Santa. Not only does Santa get stuffed in a sack and dragged across town, but he also gets badly tortured, which is bound to traumatize ANYONE.

“A Bug’s Life,” Hopper Gets Pecked to Death

It was quite distressing to see Hopper, an evil grasshopper trying to strangle Flik, the film's protagonist to death. But watching Hopper getting plucked by a bird and then fed to a bunch of baby birds is way too grisly…and kind of uncalled for.

“Beauty And The Beast,” Gaston Stabs The Beast

Towards the end of the movie, we fall for the Beast, just like Belle did. So, watching Gaston savagely stab the Beast in order to "save" Belle, is horrible, particularly, cause there's blood, which animated or not, is still daunting.

“Beauty And The Beast,” Belle’s Dad Gets Kidnapped

At the start of the film, Belle's dad, Maurice gets lost in the woods. Then, wolves scare his horse, who throws him off and runs off. He manages to run into the Beast's castle. But the Beast kidnaps him in his dungeon until Belle takes his place. Pretty dark.

Mufasa cries out for his son, Simba's help, so he won't fall into a stampede of wildebeests. But when Scar stabs Simba with his claws, and Mufasa falls, our hearts stopped for a minute. The grueling scene made us ache for Simba, and got us to hug our dads after the movie.

Old Yeller may have been the only dog cooler than "Lassie." But during a wolf attack, the family Labrador gets bit and contracts rabies. So, towards the end, Old Yeller gets shot in the face. Simply one of the darkest moments in Disney movies ever that stays with you.

Audiences got teary-eyed seeing their beloved characters nearly die at the hands of sadistic f*cked up weirdo child, Sid. Seeing some of our most beloved animated characters burn to death may be one of the darkest moments in Disney movies.

Ariel is sifting through a sunken ship with her friend, Flounder, but something isn't right. Glut, a great white, comes after her, determined to make Ariel and her little friend lunch. Glut's snarling and growling is enough to keep kids away from the beach for good.

Watching a movie about a young fawn learning about life and friendship in a forest full of animals is one thing, but did they really have to have hunters shoot and gruesomely kill Bambi's mom? That's just too damn dark to show any kid.

“Cinderella,” Getting Locked By The Evil Stepmother

When Lady Tremaine realizes Cinderella was the one dancing with the prince, she locks her up so that she can't try on the glass slipper. And all this is so her daughters Anastasia and Drizella succeed, while Cinderella remains a servant.

Clayton was an evil hunter, but he didn't deserve to plunge to his death like that. Then again, he did try cutting himself loose from some tree vines so he could kill Tarzan. We didn't see his body hit the ground, but there's a glimpse of his remains when lightning strikes. Brutal!

Timothy Q. Mouse tries to cure Dumbo of his hiccups, by getting him to drink some water at the circus. But the water is actually alcohol, so kids get to watch Dumbo getting crazy drunk, while having an eerie acid trip that might make them consider booze forever.

“Fantasia,” A Night On Bald Mountain

A demonic dark figure with horns covers the town with darkness. Soon spirits that look like skeletons start floating around, as well as other demonic looking creatures. Fire then spreads and it's like hell on earth has been unleashed.

It was stressful seeing Maleficent's curse take hold of Aurora, who was helpless to avoid touching the spinning wheel. As kids, we knew full well that pricking her finger on the spindle would cause a death-like sleep, and it was too much to bear.

On its way to the New World, The Susan Constant gets caught in a North Atlantic storm that's so violent, you'll never want to step foot on a boat again. The scene is scary AF as the turbulent waves hit, and one of John Smith's crewmates named Thomas almost drowned.

“Up,” Lovely Character Dies At The Beginning

In the opening montage of "Up," we got to see Carl & Ellie live a lifetime. But sadly, Ellie died of old age, which crippled Carl emotionally, and us along with it. It's hard to watch, and even crueler to force kids to face the fact that everyone dies.

Watching Jafar turn himself into a super-sized poisonous snake out to end Aladdin's life was awful. It was obvious that Jafar had only one thing on his mind and that was to kill. We're surprised this didn't leave kids scarred for life.