Camila Villafane
These Movie Pairs Were Total Twins And Even Came Out At The Same Time November 28, 2017 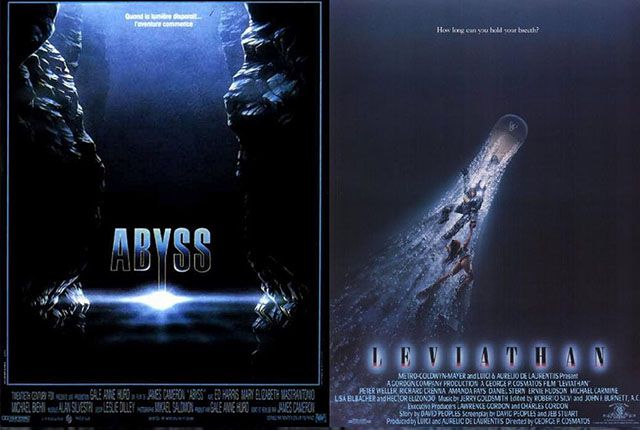 It's obvious to film buffs that when a blockbuster premieres, there's always a similar movie coming around the same time. But that's Hollywood for you. Seems like these twin films seem to compete with each other at the box office. But, in the end, there can be only one. Right?

In 1993's "Rookie Of The Year," an accident turns a 12-year-old into the best pitcher ever and joins the Chicago Cub. In 1994's "Little Big League," a 12-year-old kid inherits a baseball team, and has to figure out how to get them to win for a change.

What On Earp Was That

1993's "Tombstone" and 1994's "Wyatt Earp" had two things in common. They both centered around the epic legend of Wyatt Earp, who brought order to a lawless town. They both did great at the box office.

Harvard On Our Minds

In the 2002 drama "Orange County," a high school student tries to prove he's smart after his counselor sends in the wrong transcripts and keeps him from going to Harvard. In "Stealing Harvard," a man gets his friend to resort to petty crimes to raise $30,000 for his niece who wants to go to Harvard.

In 1997, the box office heated up when "Dante's Peak," and "Volcano," twin films about erupting volcanoes spewing colossal amounts of deadly lava and threatening massive loss of life, went head to head. Both movies performed relatively well, and are musts for disaster film buffs.

2008's "Taken" and 2012's "Stolen" were practically mirror images. Both had fathers who had their daughters kidnapped. Both dads were in a time crunch to get the ransom or rescue them before the bad guys ended up killing them.

In 2005 and 2006, Hollywood proved to us that a journey under the surface of the Earth is a lot creepier than going to outer space in the films "The Cave" and "The Descent". While the films had a similar premise, it provided enough thrills and screams to keep us entertained.

In 1989, "Turner and Hooch" warmed our hearts after a mastiff befriends a detective while trying to help him capture the man who killed his original owner. "K-9" involves a cops who gets assigned a dog as a partner, and while they drive each other nuts at first, they grow on each other.

In 1995's "Powder," a young man develops telepathy, paranormal abilities, and albino skin that makes him the talk of the town. In 1996's "Phenomenon," a mechanic develops telekinetic abilities and hightened intelligence, which lead to the townspeople to fear him and his powers.

In 2009, "Paul Blart: Mall Cop" and "Observe and Report" were released. Both films focused on security guards who always managed to do less than their best, no matter how hard they tried, but "Mall Cop" did a lot batter at the box office.

Animals On The Loose

In 2005, "Madagascar" killed it at the box office as a animated comedy about animals on the loose. But in 2006, Disney released "The Wild," which had a similar premise, since both took place in New York, but it wasn't as big of a hit.

Hating On The White House

"White House Down" was an action thriller about a paramilitary group that attacks the White House, which is similar to the 2013 film, "Olympus Has Fallen", where, you guessed it, terrorists attack the White House.

In 2000, "Mission to Mars" and "Red Planet" were somewhat similar as both involved traveling to Mars, encountering something that's out of this world, while trying to investigate what went wrong with a group of explorers.

Who's The Best Fighter Pilot

1986's "Top Gun" had a fighter pilot with a reckless attitude and a desire to be the best fighter pilot ever. In "Iron Eagle," a son, who wasn't accepted in the Air Force, borrows a plane on a rescue mission to rescue his military dad who's being held in enemy territory.

Survival Of The Fittest

The 2006 film "Open Season" is an animated film about a bear entertaining tourists in a barn until things go wrong and he finds himself in the wild. In "Over The Hedge," animals wake up from hibernation to find a scheming raccoon who shows the animals how to exploit a bounty on their heads.

All's Fair In Love And Magic

In 2006, Hollywood bewitched us with magic in "The Prestige," which involved two magicians who battle it out to the death if necessary. The storyline's slightly similar to "The Illusionist," which involves a magician who battles with Prince Leopold for the affection of the woman they love.

1999's "Bicentennial Man" is about an android named Andrew who's basically a cross between a household appliance and a housekeeper, who gains emotions and creativity. In "A.I.," an android child goes all Pinocchio and searches for the blue fairy to make him a real boy.

In 1995's "Babe", a farmer wins and adorable pig and barely avoids being turned into dinner by proving he can herd sheep. While the movie "Gordy" features a talking pig. But the story takes a different turn as Gordy struggles to keep his parents and siblings from ending up in the slaughterhouse.

The 2005 crime drama "Capote" follows a NYC novelist who bonds with alleged murdered Perry Smith during an interview. "Infamous," practically copied the biographical events and had their own version of Capote who also formed a bond with convicted murderer Perry Smith.

In 2010's "Megamind," a supervillain named Megamind loses all purpose in life after defeating his enemy Metro Man. On the other hand, "Despicable Me" didn't have a superhero, but it did have a wicked supervillain named Gru, and, like Megamind, both have an epiphany.

In 2012, Hollywood debuted "Snow White and the Huntsman," which packed a punch with star powers like Kristen Stewart and Chris Hemsworth. That same year, "Mirror, Mirror," came out. But Charlize Theron trumped Julia Robert's rendition of the evil queen.

In 2003, "Finding Nemo," had audiences rooting for the adorable fish to make it to the end of the film, while on occasion, eluding a shark that made Jaws look like a goldfish. Then, in 2004, "Shark Tale" came out, which had an adorable little fish and a great white that cannot lie.

In 2004, "Chasing Liberty" and "First Daughter" centered around the the storyline of the president's daughter trying to lead a normal life away from the spotlight. The other thing the movies have in common is the fact that they both failed to make it as box office hits.

Work For Your Dreams

In 1996's "Striptease," a former FBI assistant raises money to get her child back by turning into a stripper. A year earlier, "Showgirls," a film about a woman who goes to Vegas to realize her dreams through stripping, premiered.

The '98/'99 films "The Truman Show" and "EDtv" revolve around two men whose lives are being filmed all the time. The only difference is that Ed is aware and cool with being filmed, while Truman has no freaking idea that his life is one giant reality show.

2011 was the year that explored hot and steamy relationships between friends in "Friends With Benefits," and "No Strings Attached." The films did well in theaters but were practically clones of each other but with different actors.

In the 1998 film "Antz," a worker ant tries to discover his own identity within his ant colony, while falling in love, and saving the colony from the wicked General Madible. While in "A Bug's Life," Flik, also an ant and a rebel, tries to stop an evil grasshopper from destroying the colony.

End Of The World

"After Earth" has a father and son crash landing on Earth, which is now inhospitable to try and survive, while in 2013, Tom Cruise's world crashed in "Oblivion," when he discovers that life on a devastated Earth isn't what it seemed.

In 2006, "Happy Feet," an emperor penguin in Antarctica tries to find love by learning how to tap dance. Then in 2007, "Surf's Up" premiered and had a teen penguin leaving the arctic to enter a surfing competition in Pen Gu Island. Both had penguin protagonists, but only one earned a sequel.

In 1989, "The Abyss" dealt with a diving team who searches of a lost sub and ends up running into a horrifying creature, which is nearly identical to "Leviathan," where divers accidentally lure a life form under the sea aboard their sub.