Holiday Pinterest Fails That’ll Teach You To Never, Ever Try 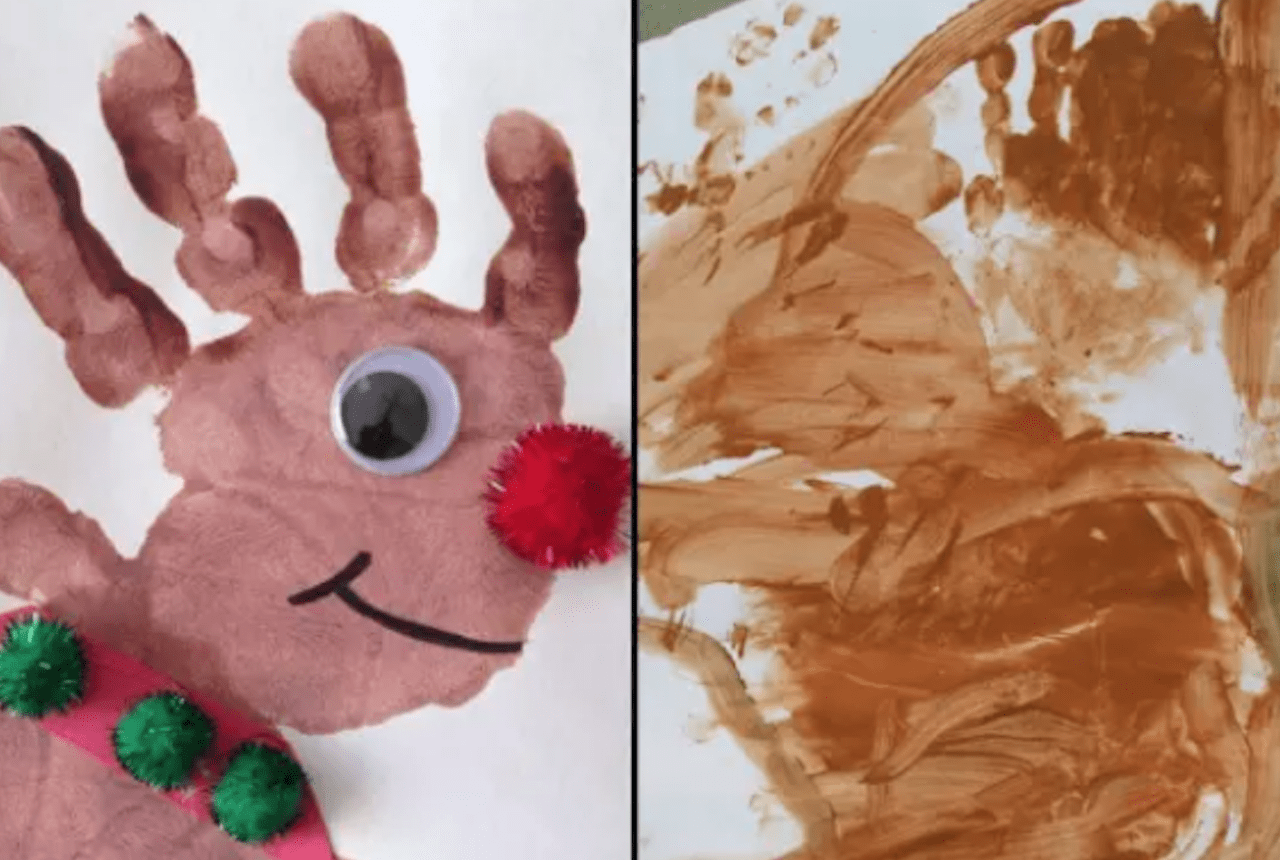 This Snowman That Looks Like He Just Beat You At Monopoly

He flipped over the board after you finally said you conceded and is holding his arms up in the air yelling your name and about how you're a loser now and he's going to tell everybody and you'll never hear the end of it no  matter what. This snowman's about to make your life a living hell.

[dx_custom_adunit desktop_id="RTK_K67O" mobile_id="RTK_5yk0"] This particular fail started from an original santa that already looks kind of upsetting. His perfectly baked, dark brown beard makes for a really disturbing start. And then the Santa Clause turned into Arnold Schwarzenegger in that one scene from Total Recall.

It looks like these are marshmallows with candy melted over the top of them.

Santa 2: Encountered the green balls from The Rock.

Santa 4: Fancies himself the boss because he has the most pears, so he bosses the rest of them around.

This Nightmare Baby Will Eat Your Soul

[dx_custom_adunit desktop_id="RTK_K67O" mobile_id="RTK_5yk0"] This nightmare baby has no soul, but it will gladly consume yours and those of the people you love and the ones who get in his way. He's powering those lights with his mind.

The One In The Middle Hates What Happened To Its Family

This is basically your family before and after the holidays.

It's Like The Original Ones Turned Into Gremlins Versions Of Themselves

[dx_custom_adunit desktop_id="RTK_K67O" mobile_id="RTK_5yk0"] Maybe the sprinkles go on as the cookies are cooling? The bottom right cookie that looks like it was put in the broiler is the most damning part, except for all those Christmas trees that look like they have thyroid disorder.

Look at how happy she looks, aw. She's even wearing reindeer ears. At least she made a solid Jabba the Hutt for her friends and family.

[dx_custom_adunit desktop_id="RTK_K67O" mobile_id="RTK_5yk0"] They closed up all weird which is disconcerting because they're acting like the flowers were at some point alive and then died. How does this even happen?

This Is Weird Because The Goal Is To Make Dead Snowmen

This melted snowman looks like Samara from The Ring if she were a snowman. It also wants your first born and can hypnotize you with its beady burnt chocolate and frosting eyes.

Well That's What You Get For Baking Cookies For Your Walls

"Let's impale some gingerbread men and then display their carcasses for our guests this holiday season." – Whoever liked these enough to try making them.

Hahaha Some Of Them Fell Over

[dx_custom_adunit desktop_id="RTK_K67O" mobile_id="RTK_5yk0"] For some reason there is no more defeated-looking holiday Pinterest fail than when stuff that is supposed to stand tall is just toppled over in the IRL picture.

This Is Why Edible Arrangements Is A Company

Edible Arrangements exists because arranging this stuff really isn't everyone's forte. There are, I'm sure, some basic structural how-to's that have to be followed that most people don't know by just looking at one photograph on Pinterest.

I Mean This Was Originally A Pretty Dumb Idea

[dx_custom_adunit desktop_id="RTK_K67O" mobile_id="RTK_5yk0"] This person clearly wanted to make a cute little teacup decoration, so why did they build a giant shack with no windows? The original ones are cute little bite-sized houses you could pop into your mouth in one go. The IRL one is bigger than the cup so why even bother? Would still eat 'em.

Mud. It looks like instead of doing a simple hand print drawing, they smeared around a bunch of mud.

The fine people at Delish showed us that it's possible to make cute little cookie spoons for a homemade candy amouse-bouche. They instructions no doubt said that you could just rest the cookie against the edge of the pan to create the raised spoon effect. There's probably more to it than that.

[dx_custom_adunit desktop_id="RTK_K67O" mobile_id="RTK_5yk0"] On DVD and Blu-Ray this holiday season, the hit film Grozen will delight your family's plates when you make them this weird potato chip thing. Night terrors guaranteed!

The Box Comes With Ingredients, Not Talent

This looks like these people had extremely sticky fingers and just kept bringing parts of the house down with their glue-fingers. Why even try to finish this. I'd just grab a glass of milk and go to town.

When A Baby Will Not Grow Up To Be A Model

Why does the baby have a necklace? Do babies even need necklaces? Is that even safe? At least the real baby isn't about to electrocute itself like the original Pinterest baby.

Giant Frozen Marbles That Are Supposed To Look Beautiful In Snow

[dx_custom_adunit desktop_id="RTK_K67O" mobile_id="RTK_5yk0"] Either way these things weren't going to last very long, and the whole CSI-factor to the IRL picture is due to the fact that they got red. Why red? It's literally the worst color in that original lineup.

This was actually really ambitious. It takes some real icing finesse, but it looks like they made the age-old mistake of not only not letting the cupcake cool for long enough so the frosting doesn't melt, but they committed the cardinal sin of trying something they simply suck at.

Because Clearly You're Giving A Dog A Stick

The dog in the original photograph is probably sedated or something. Either that or that is one of exactly seven thousand pictures taken to get that one photo.