Kelly McInerney
25 Movies of the 2000s That Were Poorly Made September 6, 2019Leave a comment 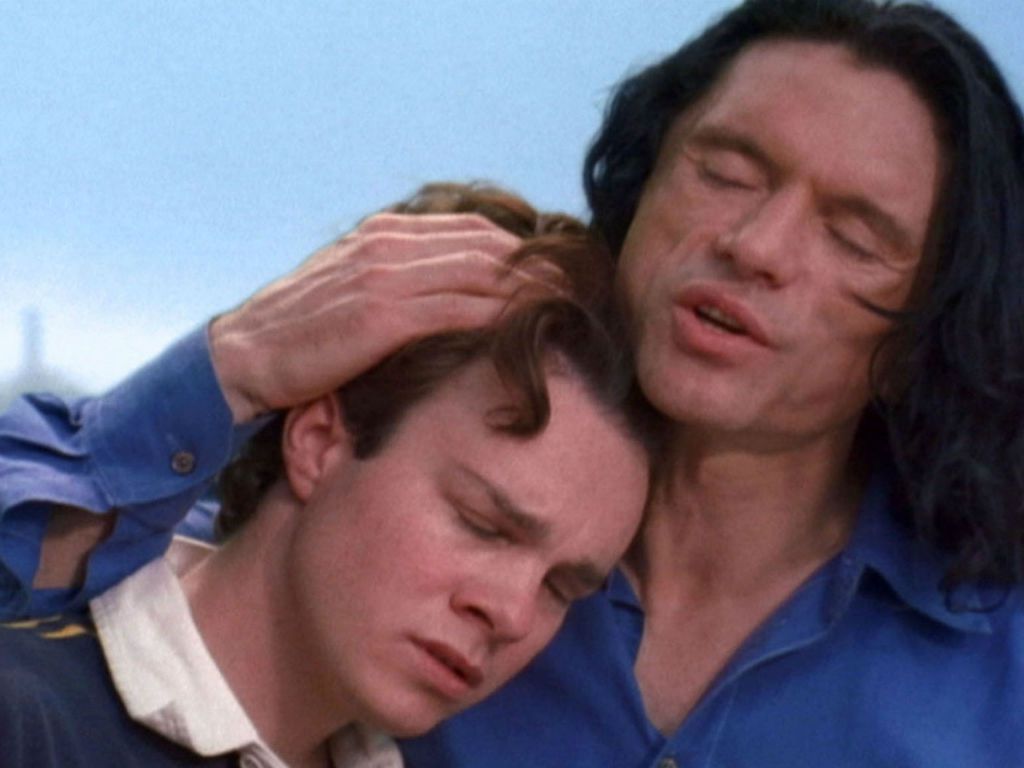 We all love movies, they're a great, fun way to escape reality from time to time. But there are some that are just bad, either so bad that you possibly regret watching them or so bad that you just have to laugh at them. Here are a few of the worst movies of the 2000's.

Arguably the best worst movie of all time is The Room. The Room originally was a romantic drama but the acting and everything is so bad that, in a weird way, it became a comedy. The Room now has midnight screenings across the country with the creator and star, Tommy Wiseau, himself showing up for pictures.

Crossroads is to Britney Spears as Glitter is to Mariah Carey. Crossroads tells the story of a girl named Lucy (Spears), her two best friends, and a stranger take a road trip across the country in hopes of Lucy finding her real birth mom. Yeah even the cover of "I Love Rock 'N' Roll" that Spears does in the movie isn't even that good.

From Justin to Kelly

From Justin to Kelly is one of those horribly bad musicals gone bad. It stars American Idols Kelly Clarkson and Justin Guarini and is so bad that no other American Idols starred in a movie like this again. It's about Spring Break in Ft. Lauderdale, Florida and that's really all you need to know.

The Happening is another hot mess from twist ending king M. Night Shyamalan. Are the trees making people kill themselves? What is Happening (get it)? In the end, the death frenzy just stops and everything kind of goes back to normal. A typical M. Night movie where everything goes nuts and then the ending sucks.

Dreamcatcher is a movie based on a Stephen King novel but not nearly as good as any other movie or show based on another King novel. Friends get powers but eventually die by some weird monster in the woods, one of them even attacks him from the toilet - it's just not pretty or fun to watch.

We can't have a worst movie list without mentioning Battlefield Earth. The movie that people laughed at for years, starring Jon Travolta as a bad guy trying to take over the world. You can tell he's a bad guy because he's a white guy with dreadlocks. Everything in this movie is laughable and it cleaned up at the Razzies in 2000.

Some movies really don't need sequels and some do just to make us laugh because they're so, so bad - that is Basic Instinct 2. When a dangerous woman (Sharon Stone) has police send her to a psychiatrist, the two of them almost get stuck in a sex-charged relationship. Let's hope there isn't a third one anytime soon.

Glitter was Mariah Carey's foray into acting and, honestly, we are surprised she decided to do more roles after this (like in Precious and The Lego Batman Movie) because this movie is not good. A singer starts dating a DJ who helps her rocket to superstardom but things get tough once she starts to make it. Sounds kind of like A Star is Born - just with cheesy early 2000s music and bad acting.

Boat Trip is one of those movies that probably would not be made nowadays. It stars Cuba Gooding Jr. and Horatio Sanz as two straight guys who end up on a "gays only" cruise and wacky events ensue. Some of the moments and acting is so cringeworthy that you question how the heck Gooding won the Oscar years ago for Jerry Maguire.

Pearl Harbor is a movie named after a historical event but focuses on a made-up romance instead. Think Titanic but the exact opposite in great filmmaking, acting, and pretty much everything else. The one thing it has going for this movie is at least the actors are good looking.

The Love Guru was Mike Myers big movie after the Austin Powers franchise and, unfortunately for him it is a big stinker. He stars as a guru trying to make his way in the self-help business and his first case is to help a hockey player after his wife left him. Even a sexy Justin Timberlake could not help this movie be good even a little bit.

I Know Who Killed Me

I Know Who Killed Me is so bad it is actually hilarious. Pitched as a thriller, Lindsay Lohan plays Aubrey, a high school student that disappears and reappears but with the personality of a character Aubrey made up. Suddenly her hands start getting black and parts of her body start falling off, we find out she has a twin who's a stripper and she's captured by a person that is slowly killing her. It just goes nuts and is laugh out loud funny.

The Adventures of Pluto Nash

The early 2000's was not the best for Eddie Murphy, he did a variety of live action flops but he did kill it as Donkey in Shrek. Pluto Nash is one of those flops. It tells about a man in the future, Pluto, trying to keep his lunar nightclub out of the hands of the space mafia. Wow, with a storyline like that it's a mystery as why it turned out so bad!

The Cat in the Hat

After the success of the live action movie The Grinch, Universal tried another foray into the Seuss world and it failed pretty bad. Mike Myers plays The Cat in the Hat and, in a weird way, ended up looking much creepier and weirder than the Grinch. At least the kids, played by Dakota Fanning and Spencer Breslin, were cute, but that still couldn't save the movie.

Super Babies was another terrible movie that really didn't need a sequel but, who knows, maybe Hollywood was bored or feeling baby fever because they made one. It's about talking babies that are trying to stop a bad guy from monopolizing baby talk everywhere. Yeah, we didn't have an interest in watching it either.

BloodRayne is a video game adaptation that tells the story of a vampire that escapes a freak show. It's actually the third video game to movie adaptation from director Uwe Boll, his other two being Alone in the Dark and House of the Dead both of which are also pretty bad.

Eddie Murphy makes another appearance on this list for Norbit. Norbit premiered around the same time Murphy was nominated for an Oscar for Dreamgirls and people have theorized that he lost the Oscar because of this movie being out around the same time. Either way, Dreamgirls is a great movie and Norbit is not.

The Hottie and The Nottie

The Hottie and The Hottie seems like another one of those movies that probably would not be made today. Paris Hilton's first and only starring role, she plays an attractive girl that gets asked on a date, she agrees as long as he can find a suitor for her best friend who is not attractive. There's a reason why Paris Hilton is known for reality tv and not acting and this movie proves why.

Son of the Mask

Son of the Mask is one of those sequels you question why it was ever made because it's bad but also has none of the original cast (unless you include the mask I guess) in it. A man discovers the mask and tries to juggle that and raise a child, yeah it's just as dumb as it sounds.

This is an interesting sequel because it's not a fake documentary like the original. Instead, Book of Shadows, tells the story of a group of people that go to the scene of the Blair Witch movie after watching it to see if it really is haunted. Sounds like a good concept but the acting and the story gets too wacky to even care about the characters.

Dukes of Hazzard is a movie adapted from a popular television series and while some work great (like 21 Jump Street) this one did not. If there's one thing we've learned from this worst movie list, it's if you have a reality star as a star in your movie it most likely won't turn out well. Jessica Simpson is a famous singer turned reality star after her and her then husband filmed a Newlyweds show, sure she's super pretty and successful but we found out in this movie she is not the best actress. To be fair, Johnny Knoxville and Seann William Scott don't do their best in this movie either and it's best to just watch the original show instead.

Here's a good idea for a Pinocchio reboot: instead of having a puppet or a CGI thing or a cartoon let's cast an Italian guy and make him really tiny! That's the concept with this Pinocchio movie and yup, it's just as weird and bizarre as it sounds.

Rollerball is a sports movie about a fake and dangerous sport. It's kind of futuristic but it only takes place in 2005 - only three years after the movie was released - so that part doesn't make much sense. Everyone takes the game way to seriously that it ends up being a pretty laughable movie.

Freddy Got Fingered is Tom Green's writing, directing, and starring debut after his hit show on MTV. Unfortunately for him this movie was far from a hit. It's too gross, the story is crazy, and the characters are not very likable. Still, reader, this is one of our favorite guilty pleasures to watch because it's just so nuts and it knows it.

After Scary Movie and the sequels became such big hits, Hollywood decided to parody a variety of other movies creating Disaster Movie and Epic Movie, too. Epic Movie spoofs all of the epics like the Chronicles of Narnia, Pirates of the Caribbean and more. The jokes are too forced and you end up just missing the movies they parody.