Where Are They Now? The Cast of ‘The Office’

Brad Ludwig
Where Are They Now? The Cast of ‘The Office’ September 6, 2019Leave a comment 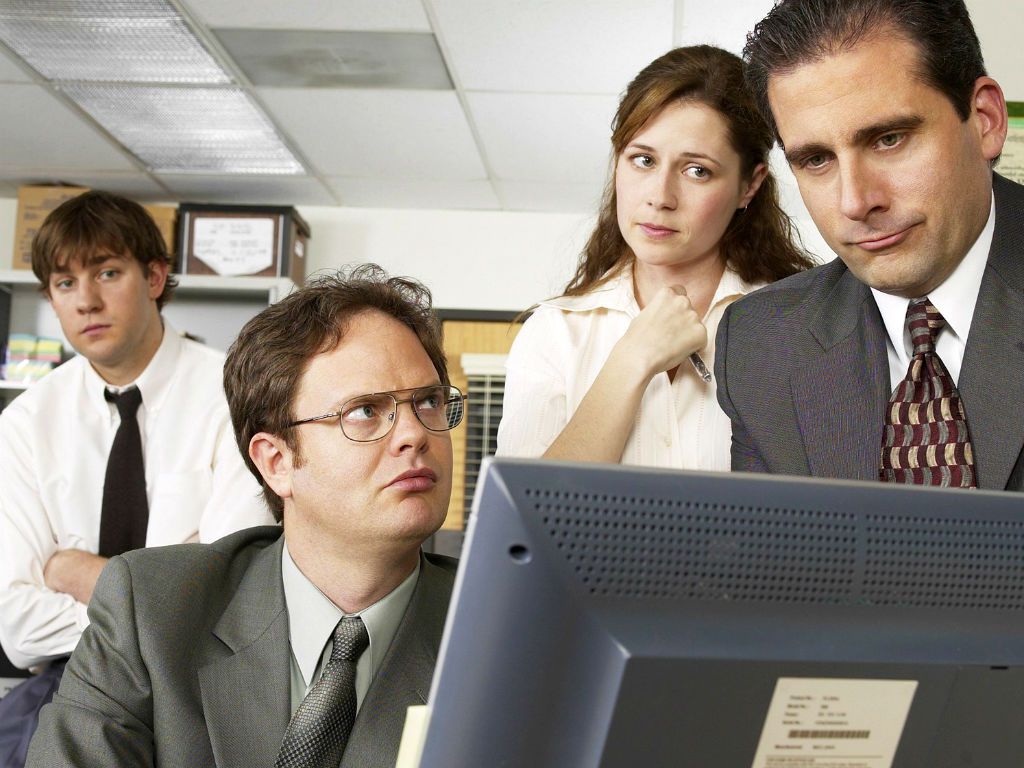 After a nine-season run that changed the way we think about sitcoms, “The Office” aired its final episode in May 2013. Six years later, the show is still endlessly rewatchable on Netflix, but the cast has moved on to other projects. If you’ve been wondering where you can see your favorite “Office” stars today, here’s an update on the direction their careers have taken since the show ended.

After a stint as a “Daily Show” correspondent and supporting roles in “Anchorman” and “Bruce Almighty,” Steve Carell’s career was just taking off when he started playing the lead role of bumbling boss Michael Scott. Michael’s immature and inappropriate humor could have been off-putting, but Carell brought so much heart to the character that it was hard not to love him despite his flaws. The show was never quite the same after he decided to leave in Season 7, but a surprise appearance in the series finale almost made up for it.

Since leaving “The Office,” Carell has focused mostly on dramatic film roles, including Golden Globe-nominated performances in “Foxcatcher,” “The Big Short,” and “Battle of the Sexes.” His long-awaited return to the small screen is coming soon, though, as he will star alongside Jennifer Aniston and Reese Witherspoon in “The Morning Show” for Apple TV+, set to debut this fall.

John Krasinski beat out the likes of Adam Scott and John Cho for the part of Jim Halpert, his first major acting role. Krasinski’s iconic “Jim Looks” at the documentary cameras have spawned countless GIFs, and his will-they-or-won’t-they chemistry with co-star Jenna Fischer as Pam Beesly formed the beating heart of the show’s early seasons. The culmination of their love story with their wedding in Season 6 was one of the most memorable moments of the series.

Krasinski’s post-“Office” career has been successful both in front of and behind the camera. He co-created the hit Paramount Network show “Lip Sync Battle” and currently stars as the title character in the Amazon Prime series “Jack Ryan.” Even more impressively, Krasinski wrote, directed, and produced the horror thriller “A Quiet Place,” in which he also starred with his wife, Emily Blunt. The movie has a sequel in the works for release in March 2020.

Jenna Fischer was also mostly unknown when she landed the role of Pam, but she left her mark as the other half of “The Office’s” central romance. Fischer showed us all the different sides of Pam’s character as she grew from the soft-spoken receptionist trapped in an unhappy engagement to a confident salesperson and office administrator with a loving family that she was willing to fight for.

In 2017, Fischer published a book about her experience in Hollywood titled “The Actor’s Life: A Survival Guide.” She maintains a close friendship with “Office” co-star Angela Kinsey, and her most recent acting roles include a part in the Clint Eastwood-directed film “The 15:17 to Paris” and a lead role in the short-lived ABC sitcom “Splitting Up Together.”

Rainn Wilson had small parts in the movies “Galaxy Quest” and “Almost Famous” and a recurring role on the HBO drama “Six Feet Under” before joining the cast of “The Office” as everyone’s favorite beet farmer and Assistant to the Regional Manager, Dwight Schrute. After years of Dwight putting up with Jim’s pranks, Wilson almost left “The Office” to star in a Dwight-centric spin-off, but he returned for the show’s final seasons as Dwight eventually became the Regional Manager himself.

Wilson still has an active and diverse career as an actor, in which he has voiced the villain Gargamel in “Smurfs: The Lost Village,” starred with Jason Statham in the 2018 action film “The Meg,” and recurred as con man Harry Mudd in the CBS All Access series “Star Trek: Discovery.” However, he has also explored other ventures, including writing two well-received books and founding the media and entertainment company SoulPancake and its popular YouTube channel.

Ed Helms, another former “Daily Show” correspondent, joined the cast of “The Office” in its third season as Cornell graduate and suck-up Andy Bernard. Helms brought his musical talents to the role, as Andy’s passion for both a cappella and instrumental music became defining features of his character. Helms’s Andy became so popular that he replaced Michael Scott as Regional Manager and the show’s lead in Season 8, but the character imploded in Season 9 before undergoing a minor redemption in the final episode.

Helms continues to pursue his passion for music as a member of bluegrass group The Lonesome Trio and an annual staple at the Bonnaroo Music Festival. He’s also had one of the most successful comedic film careers of his “Office” co-stars, with notable appearances in “The Hangover” trilogy, the 2015 “Vacation” reboot, and as the voice of Captain Underpants in the 2017 animated film.

Mindy Kaling started as a writer for “The Office” before appearing for the first time as Kelly Kapoor in the Season 1 episode “Diversity Day.” Her character originally functioned mostly to emphasize Michael Scott’s insensitivity toward other cultures, but as the series progressed Kelly stood out for her bubbly personality, obsession with celebrity gossip, and dysfunctional relationship with temp Ryan Howard. Behind the scenes, Kaling went on to executive produce the series and direct a couple of episodes.

Kaling left “The Office” early in its final season to create and star in “The Mindy Project,” which aired for three seasons on Fox and three more on Hulu. Truly one of “The Office’s” greatest success stories, she has also written two best-selling memoirs and appeared in major roles in the movies “A Wrinkle in Time,” “Ocean’s 8,” and “Late Night,” the latter of which she also wrote.

Coming from the world of improv and sketch comedy, Ellie Kemper was a late addition to the cast of “The Office” as receptionist Erin Hannon, but she quickly became a fan favorite. Her optimism brightened up the office and helped her through a rocky relationship with Andy Bernard before she got her fairytale ending with Pete, a.k.a. “Plop,” in the final season.

Kemper went right from “The Office” to the lead role in the Netflix hit “Unbreakable Kimmy Schmidt,” another great showcase for her upbeat acting style, which just finished its own final season. She’s also had voice roles in “The Secret Life of Pets” and its sequel as Katie, the owner of Max and Duke.

Another cast member who also wrote for the show, B.J. Novak played Ryan Howard, who started as a temp but went through more changes than almost any other character on “The Office,” both in job title and appearance. Novak’s most memorable moments came in Season 4, when he grew a half-beard and somehow leveraged his business school degree into a fancy Dunder Mifflin corporate job where he was briefly Michael Scott’s boss.

Novak’s acting career has slowed down a bit, though he did make a few guest appearances on “The Mindy Project” and play a supporting role in the McDonald’s biopic “The Founder.” His writing career, on the other hand, is going strong, as he’s published a book of short stories and a popular children’s book, “The Book with No Pictures.” He’s also writing, directing, and producing the pilot for an FX Networks anthology series called “Platform.”

Like many of her “Office” co-stars, Angela Kinsey got her start in improv comedy. She originally auditioned for the role of Pam, but the producers found a much better fit for her as the cat-loving, God-fearing, party-planning accountant Angela Martin. Angela’s clandestine love affair with Dwight was a reliable source of entertainment throughout the show’s run, and their wedding in the series finale was a perfect emotional conclusion.

While we did see some glimpses of the fictional Angela’s warmth slipping through her cold façade, in real life Kinsey wears her heart on her sleeves. Her Twitter feed is a gold mine of adorable updates on her family life and interactions with her former “Office” castmates, and she and husband Joshua Snyder have a fun YouTube baking show. She’s also seeing success in the streaming TV world, playing the mother of Colleen Ballinger’s Miranda Sings character on the Netflix series “Haters Back Off” and hosting the upcoming Disney+ cooking competition “Be Our Chef.”

Yet another improv alum, Oscar Nunez performed with The Groundlings and made minor TV and movie guest appearances before joining “The Office” as accountant Oscar Martinez. Nunez took a short break from the show in Season 3 after Michael outed his character as gay and kissed him in front of the whole office, but he returned later that season and remained as a consistent voice of reason until the very end.

Nunez continues to make TV appearances in both guest and series regular roles, including as a school principal in Netflix’s “Mr. Iglesias,” and he was also a contestant on “Worst Cooks in America: Celebrity Edition” in 2018. It’s maybe most likely, though, that you’ve seen him in a series of commercials for State Farm with Chris Paul and other NBA stars.

Kate Flannery brought her improv chops from The Second City troupe to the role of Meredith Palmer, single-mom and ethically questionable Supplier Relations representative, who ascended from the background to become one of the show’s funniest characters. Meredith was always the life of the office party, but let’s hope that after the finale she was able to seek help for her alcoholism.

Since “The Office,” Flannery has guested in a number of hit TV shows, from “New Girl,” to “Brooklyn Nine-Nine,” to “Steven Universe.” She’s also a passionate stage performer who continues to tour with long-time professional partner Jane Lynch in a show called “See Jane Sing.” In recent weeks, Flannery was announced as a competitor on the 28th season of ABC’s “Dancing with the Stars,” which will surely give her the chance to show a more glamorous side than what we ever saw from Meredith.

Phyllis Smith’s first “Office” role was behind the scenes in casting, but luckily for us she decided to step in front of the camera to play saleswoman Phyllis Lapin. Phyllis’s understated demeanor belied a surprisingly feisty personality and a spicy romance with Bob Vance, Vance Refrigeration, which led to yet another memorable “Office” wedding in Season 3.

Smith’s voice made her a predictably perfect fit as Sadness in Pixar’s “Inside Out,” but a more unexpected turn was her performance as a high school teacher in the Netflix sci-fi series “The OA,” which allowed her to show off her dancing skills from her past as a professional football cheerleader and burlesque performer.

Phyllis’s desk mate Stanley Hudson was Leslie David Baker’s first regular TV role after a string of guest appearances. Stanley wasn’t afraid to say what we were all thinking with his exasperated responses to Michael’s antics, but he still found small joys in his crossword puzzles, Pretzel Day, and the prospect of retirement. Baker’s Stanley also featured prominently in “The Office’s” most-watched episode, “Stress Relief,” which aired after the 2009 Super Bowl.

The most bizarre moment of Baker’s career, the song and music video “2 Be Simple” (seriously, look it up if you haven’t seen it), happened while he was still playing Stanley on “The Office.” Since the show ended, Baker has focused on family friendly entertainment, including contributions to the Disney productions “Raven’s Home” and “Puppy Dog Pals.” He also starred as a cop with Joel McHale, Melissa McCarthy, and a whole bunch of puppets in the 2018 comedy “The Happytime Murders.”