Foods That You Should Absolutely Not Store in the Fridge 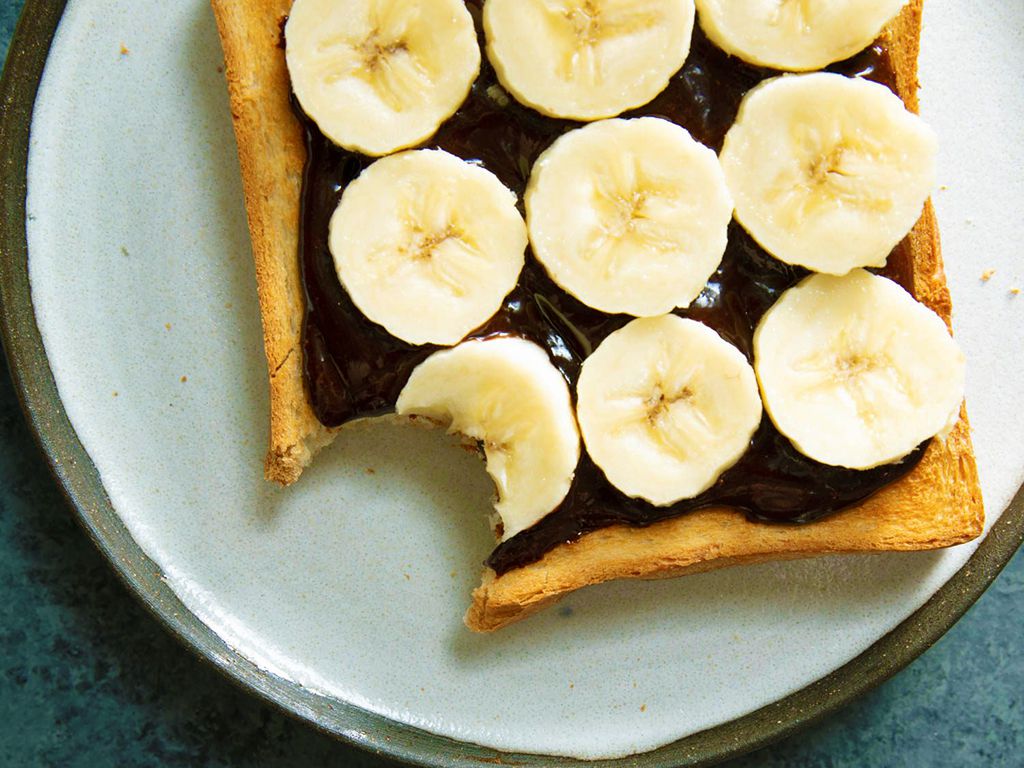 We all know (or think we know) what needs to go in our fridge. We’re also well aware of what will happen if we leave a milk carton or a tub of mayo out for too long. But while our fridge was designed to prevent things from spoiling, the following items on this list are foods that should never be stored in the fridge.

If you want some of your fruits and veggies to retain their fresh flavors and taste like they were intended to, you might be surprised to hear that you need to keep them out of the fridge to do so!

Mom always told us to store potatoes in the crisper, but this will cause the starches inside this delicious veggie to get gooey. Instead, leave the potatoes at room temperature, like in the pantry. But keep in mind that a cooked potato must go in the fridge to keep it from deteriorating.

Garlic bulbs need to be stored in a ventilated area that’s cool and dry like a pantry. Air tight containers are no good as this will make them moldy a lot quicker. And don’t put them in the fridge either. If you have any garlic cloves leftover, try using them within the next 10 days.

The fridge is a whole onion’s worst enemy because it turns it into mush and makes it moldy. The reason for this reaction is because the cold temperature causes the starches in the onion to turn into sugar, which will liquify.

Nutella labels state that refrigeration is not required for their delicious chocolate-hazelnut spread. If anything, the fridge does more harm than good because it makes the spread solid and nearly impossible to use.

If you live in an area where the temperatures are scorching hot, then leaving chocolate in the pantry might not be your first choice. It’s why most people prefer to place them in the fridge. Unfortunately, this tends to ruin the texture and the flavor of chocolate.

Putting those freshly baked donuts in the fridge might sound like the only option. But the fridge will make them stale. So, the next time you find yourself with the “terrible dilemma” of having too many donuts in your home, simply leave them out at room temperature and cover them up.

The fridge and the freezer are like kryptonite for coffee and coffee beans. That’s because these areas are too humid and will rob the coffee of their aroma and taste. So, it’s best to leave these items at room temperature.

Keeping avocados in the fridge prevents them from ripening right away. So just store them in a brown paper bag with a banana or an apple for about three days. These fruits release ethylene gas which will stimulate the avocado’s ripening process.

There are some herbs that can go in the fridge and nothing bad will happen to them. Unfortunately, basil isn’t one of these herbs. The fridge will cause basil to wither and turn brown. To preserve basil at room temperature, cut the stems and stick them in water until they’re ready to be used.

Tuna in a Can

Supermarkets don’t stock sealed tuna cans in their refrigerated section for the simple fact that they don’t need to be stored there. But if you open a can and use some of it, store the extra tuna in a tight container and store it in the fridge.

The fridge is used to keep things from spoiling, but vinegar can last for years on its own without needing refrigeration. So, do your vinegar bottle a solid and keep it out of sunlight and in a dark place where it’s nice and cool.

If you’re buying berries, don’t place them in the fridge as they can get soggy and moldy. However, you don’t want to leave them at room temperature for too long either. They’ll remain nice and juicy just so long as you use them within a day or two after they're picked.

Most pickles don’t require refrigeration because the jars they are in are full of vinegar and salt. This combination is delicious to humans but toxic to bacteria. This means the pickles will stay fresh in their jars for quite a while.

The environment inside a ketchup bottle is toxic to bacteria because ketchup has a natural acidity to it. So, this popular condiment won’t go bad at room temperature and will probably taste a lot better than if you put it in the fridge.

Don’t store olive oil in your cold box. Fridges are very humid and damp which can lead to condensation that can warp the olive oil’s flavor and make the consistency more solid. Instead, try leaving the olive oil somewhere where it’s dark and cool, like the pantry.

Like ketchup, mustard has a high acidity level, which means it will remain preserved for a long period of time without needing refrigeration. However, there’s no rule book that says you can’t chill your mustard if that’s how you prefer it on your hot dog. It’s really up to you.

The longevity of eggplants depends on whether they are kept at room temperature or not. The reason for this is that when they’re in the fridge, they’re vulnerable to the ethylene gases released by other fruits like melons, tomatoes and bananas. If you absolutely must put your eggplant in the fridge, make sure you store them in the crisper, away from other fruits.

Although most people call it a vegetable, tomatoes are actually a fruit. But one thing scientists can agree on is that placing tomatoes in the fridge has a harmful effect on the cells that provide flavor. So, keep your tomatoes out of the ice box for a tastier treat.

Melons are full of antioxidants and vitamins, which stay intact when this delicious fruit is kept at room temperature. But if they’re placed in the fridge, they’ll start to lose some of their nutrients and they won’t be as sweet or as juicy either.

The cold temperature of a refrigerator can stifle or obscure the flavor of nuts and make dried fruits hard and unappetizing. To ensure that the taste of nuts and dried fruits remain preserved, try storing them in the pantry in airtight containers.

No one wants to leave butter out because they’re afraid that it’ll get too soft and mushy. But butter that’s kept at room temperature actually spreads way easier than butter that’s just been taken out of the fridge. So, think about that next time you're making toast.

Like butter, peanut butter spreads a whole lot better when it’s kept out of the fridge. When peanut butter is placed in cold storage, it not only gets hard but it also dries up. The only exception to this rule is natural peanut butter, where the peanut oil can separate and go bad if it isn’t kept in the fridge.

Here's some great news about honey! It doesn’t go bad as long as it’s stored at room temperature and kept away from anything that’s too hot like an oven. But don’t store it in the fridge as this will cause the honey to crystalize and get all hard and clumpy.

Stone fruits, which include peaches, apricots, plums and nectarines ripen at room temperature, so if you buy them before they are ripe, you should keep them on the counter or in a pantry. After they have ripened, feel free to keep them in the fridge to stop the ripening process.

If you intend to use your hot sauce in the next few months, it's perfectly fine to store it on the countertop. Hot sauce typically contains vinegar, and the acidity of this ingredient wards away harmful bacteria. Some hot sauces will also get clumpy and hard to use if stored in the fridge, so it's best to keep them at room temperature if they were stored that way at the grocery store.

Bananas tend to ripen very quickly, so if you buy some green bananas, it's best to keep them on the counter until they finish ripening to a bright yellow color. Once they are at your preferred level of ripeness, feel free to keep them stored in the fridge if you don't feel like eating them yet or remove the peels and store them in the freezer for long term storage.

The saying is true, one bad apple will spoil the whole bunch! This is because apples produce the chemical ethylene, which can cause other fruits that are stored near them to ripen more quickly and go bad more quickly. Keep apples in the fridge away from other fruits and veggies to stop this process from happening.

Because molasses has such a high sugar content, it's a really viscous liquid, so it's hard to pour even at room temperature. Keeping molasses in the fridge will make it even harder to work with, and it's also unnecessary. Sealed molasses will keep for up to about a year in the pantry, and for about six months once it has been opened.

There's not really any good reasons to keep spices in the fridge. Their dry nature makes them shelf stable for long periods of time, while keeping them in the cold temperatures of a refrigerator will make them clumpy and make potent spices lose some of their flavor.

We've all seen how fast jack-o-lanterns start to deteriorate during Halloween time, but if a pumpkin hasn't been cut open, it can keep for long periods of time in any cool, dark space. As long as temperatures aren't too cold or hot, pumpkins can also be left outside for storage.

Some people keep cereal in the fridge to keep bugs out of their pantry, and that's a totally valid reason for doing so. But the fridge tends to be a humid environment, which can make your cereal and other crunch foods turn stale faster than they would in a pantry.

Cucumbers are a food that is commonly kept in the fridge, but as long as it hasn't been sliced yet, it's fine to keep at room temperature! Just be careful to store this food away from other fruits like apples and bananas, because they can cause cucumbers to go bad much faster.

Keeping bread in the fridge will cause it to become stale very quickly, so it is better to keep it on the counter than in the icebox. If it must be kept in the fridge, make sure it is sealed tightly in a container where no air can get to it, or keep unused bread in the freeze for longterm storage.