Ranking The Best Centers Of The 2017-18 NBA Season 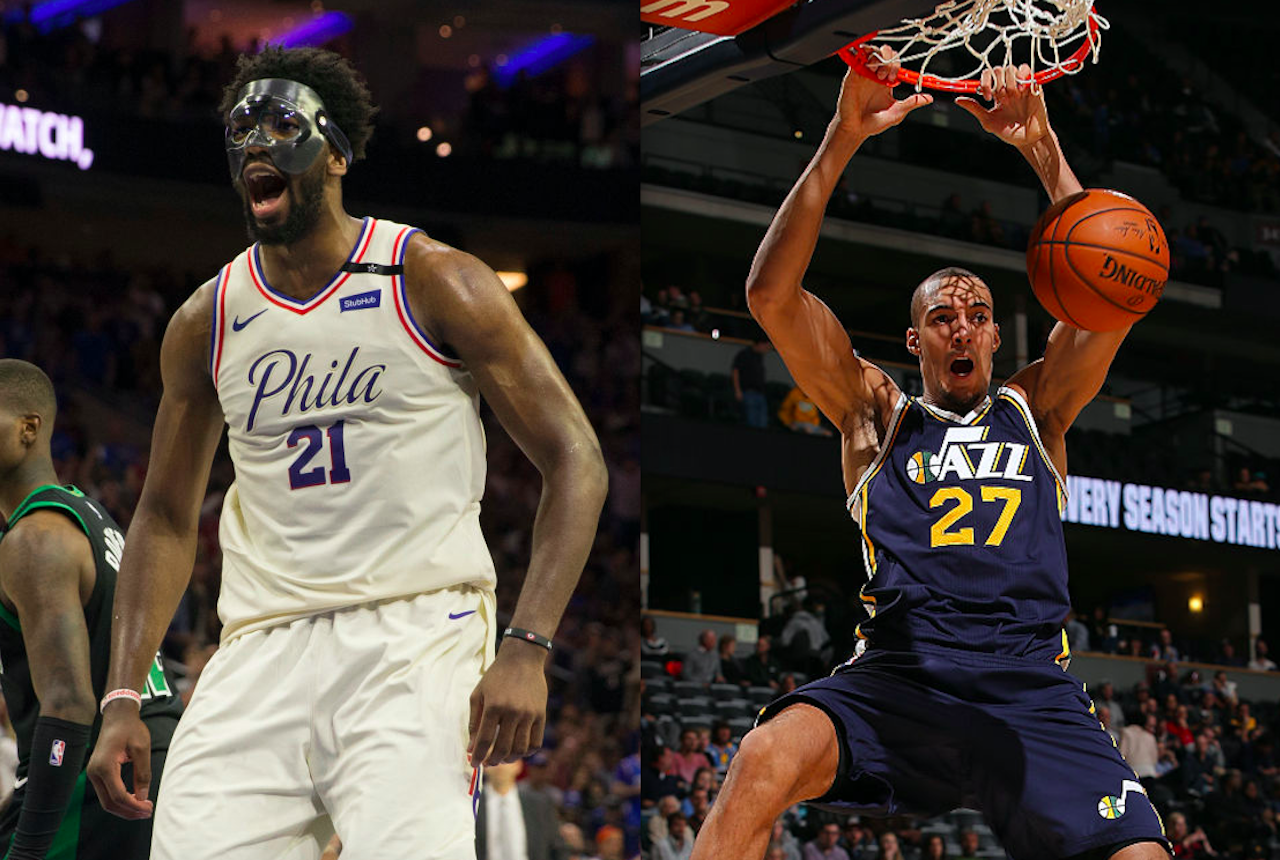 With the rise of smaller, more skilled lineups, the value of the classic NBA center has plummeted. Strong, plodding big men have in large part fallen to the wayside. And their replacements? Players with the foot speed to keep up with perimeter players on switches. Or with the offensive perimeter skills to run the old center archetype off the floor. But only 20 qualified players that ESPN labels as centers averaged more than 24 minutes per game in 2017-18, easily the lowest mark of any position — 27 power forwards, 35 small forwards, 32 shooting guards, and 29 point guards, as ESPN defines them, cleared 24 minutes per game. So for this list of the best NBA centers in 2017-18, the pickings were slim. (For more reviews of the 2017-18 NBA season, check out our lists of the most overrated and underrated players of the year.)

Though his minutes took a huge hit with a new, rebuilding team, the 30-year-old continued to be one of the more effective inside-out offensive centers in 2017-18. While he gets roasted for his minuscule rebounding figures, for the sixth season in a row Lopez's team had a better rebounding rate with him on the floor than off, underscoring his ability to wall off opponents' would-be rebounders.

Whiteside kept destroying the boards in 2017-18, hauling in 11.4 rebounds in just 25.3 minutes per game. As usual, the 28-year-old was helpless when forced to defend in space away from the basket, but he continued to be a solid rim protector. He did what he's done since his career resurgence, but the game is moving past his archetype.

Once again, Kanter was one of the game's best interior players on the boards and on the offensive end, averaging 14.1 points and 11 rebounds in 25.8 minutes per game on a true shooting percentage of 63, according to Basketball Reference. Once again, he was absolutely hopeless on the defensive half of the floor.

Formerly kinda like Kanter if Kanter wasn't absolutely hopeless on defense, Valanciunas further separated himself from interior-banging centers by adding an occasionally deployed three-pointer in 2017-18, hitting 40.5 percent form deep on just 74 attempts. He averaged 12.7 points and 8.6 rebounds in 22.4 minutes per game, with a 62.8 true shooting percentage.

In his first full season in Portland, Nurkic blocked 1.4 shots in 26.4 minutes per game to help lead the Trail Blazers to the eighth-best defensive rating, according to Basketball Reference, up from 24th a season earlier. The 23-year-old from Bosnia was inefficient as a scorer, but flashed facility as a passer.

Jordan has relied on elite athleticism at his size to be one of the best players at the rim on both ends of the floor throughout his career. But now that the 29-year-old's athleticism is slipping, so is his production. In fact, his block rate dropped to a stunning 2.4 percent, down from 5.2 percent in his previous nine campaigns.

Drummond continued to impose his will on the glass in 2017-18, leading the NBA in total rebounds for the third time in his career and rebounds per game for the second. He also made two huge improvements to his game, more than tripling his previous assist percentage (4.1 percent through 2016-17; 14.3 percent in 2017-18) and shooting 60.5 percent from the line after being a 38.1 percent free-throw shooter in his first five seasons.

He just turned 22 in March, but Turner proved himself to be one of the game's best unicorns — centers skilled in the arts of shooting threes and blocking shots — hitting 35.7 percent from deep on 2.4 attempts per game and swatting 1.8 shots a game, good for the third-best mark in the NBA.

As he aged and the talent around him dwindled, so too did Gasol's efficiency as a scorer and his effectiveness as a defender. Still, Gasol's got a few more years until he's a zero defensively, and in 2017-18 he proved the three-point stroke he'd shown off a year prior was no joke, making more than 100 threes for the second year in a row after making just 12 in his first eight seasons.

While he'd be higher in a ranking of the most talented centers, Cousins continued to be hurt by his decision making on both ends of the floor in 2017-18. On offense, he turned the ball over a damn-near impossible five times per game. On defense, he prolonged his tradition of taking plays off to argue with refs or contemplate existence.

Playing primarily at center for the first since since his rookie season, Love hit 41.5 percent of his three-pointers and scored 17.4 points per game on a 61.4 true shooting percentage, the best mark of career. Of course, for as valuable as he was on the offensive end, Love gave a lot of that value back on defense.

The mobile, burly Thunder center had the league's second-best offensive rebound percentage, at 16.6, just a hair behind that of former teammate Enes Kanter. Unlike Kanter, of course, Adams was a menace on defense in 2017-18. As usual, he also threw down some of the season's more impressively massive dunks.

While the addition of Chris Paul certainly helped, Capela broke out in a big way in 2017. He led the league with a 65.2 field-goal percentage and was second in the NBA in blocks per game, at 1.9. All that, and he was one of the NBA's best centers at defensively switching onto smaller players on the perimeter.

In his first season as the full-time starter at center, Jokic didn't disappoint: Big Honey dished a bonkers 6.1 assists per game and still had time to score 18.5 points per contest on a 60.3 true shooting percentage. With Jokic as the focal point, Denver had the NBA's sixth-best offensive rating in 2017-18.

Arguably the center with the most complete offensive game in the league, Towns lost touches to Jimmy Butler in 2017-18, but he still managed to leave his mark both inside and out. In his third season, Towns started to show glimpses of improvement on his biggest weakness: his defensive awareness.

Following a pair of down years to start his Spurs tenure, LMA was installed as the centerpiece of San Antonio's offense in 2017-18 — his first season serving primarily as a center since his rookie year — and he delivered. Riding his lethal midrange game, Aldridge averaged 23.1 points per game and didn't take anything off the table defensively.

Yes, Aron Baynes started 67 games at center for Boston, but he played just 18.3 minutes per game, as Horford was the team's best option in the middle of the NBA's best defense. The versatile Celtics big man gave head coach Brad Stevens whatever he needed in 2017-18, leading the team in total assists and finishing 10th in the NBA with a three-point percentage of 42.9.

Barring collusion among voters not to give the award to a Frenchman, Gobert should pick up his first Defensive Player of the Year nod for his work in the 2017-18 campaign. He was second in block percentage, finishing in the top three in the category for the fourth year in a row. He also posted the third-best true shooting percentage of the season.

There's little Joel Embiid can't do on a basketball court. The absolute behemoth posted an efficient 57.3 true shooting percentage on an insanely high 33.4 usage percentage, the third-highest usage in the NBA and highest among centers. He also finished eighth in rebound percentage, fourth in blocks per game, and third in defensive rating, according to Basketball Reference.

Though he started the season at power forward, Davis logged minutes at center when DeMarcus Cousins was off the floor. Then when Boogie went down with an injury, Davis slid up to center full-time and the Pelicans tore through the league the rest of the way. He led the NBA with 2.6 blocks per game and finished second with 28.1 points per game.