10 Things You Might Have Missed From ‘Beyond The Wall,’ S7E6 Of ‘Game Of Thrones’ 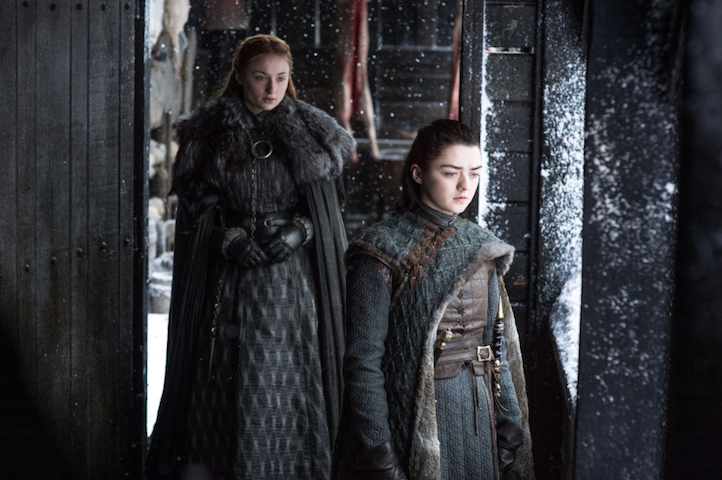 Holy mother-effin' ice dragon, Sunday's episode of Game of Thrones was about as shocking an ice spear to the chest midflight. But while the Night's King was getting his javelin on and Arya was creeping all of Winterfell out, here are 10 things you might have missed in Season 7's sixth episode, "Beyond the Wall."

Who the hell is this random wildling fighting?

The Night King saw this coming.

It appears the biggest bad of them all was either luring Daenerys and her dragons north of the wall on purpose, or somehow knew they'd end up there.

An episode earlier, Bran had a vision of the army of the dead in the same formation as we saw them in "Beyond the Wall."

Speaking of Bran and the Night King ...

... they appear to have the same tailor. Sure, this could just be a classic northern clothing style, but their similar outfits lend credence to the theory that the Night King is Bran in the future (or the past—time is a flat circle anyway, man). If the cold leader really did lure Daenerys and her children to the frozen north, he might have the same powers as our little Bran flake.

Obviously, on the bottom we have Walder Frey, whom she assassinated before using his face to kill more Freys. But the top is a deeper cut—it appears to be Polliver, the Lannister man-at-arms who took Needle from Arya in Season 2 then got killed by her in Season 4.

Arya claimed Sansa had watched approvingly at the beheading of their father, when Sansa had been stopped while rushing to him, just as Arya had been.

... Arya also has experience serving a Lannister without taking action against said Lannister.

... maybe Arya has really just been playing the game of faces this whole time, testing Sansa to see whether she can trust her sister, but also to see whether the redhead can spot a liar. Sansa apparently can't, which might be why Arya gave her the dagger—so she can protect herself from the biggest liar of all, Littlefinger.

Are you seeing what I'm seeing?

Check out the eye on the pommel of Longclaw—tell me it doesn't look like it's glazing over a la whenever Bran wargs into an animal. Can Bran—or, worse (or maybe the same?), the Night's King—be able to see through Jon's sword?

Seriously, how does Jon know how fast Robert Baratheon's bastard is?